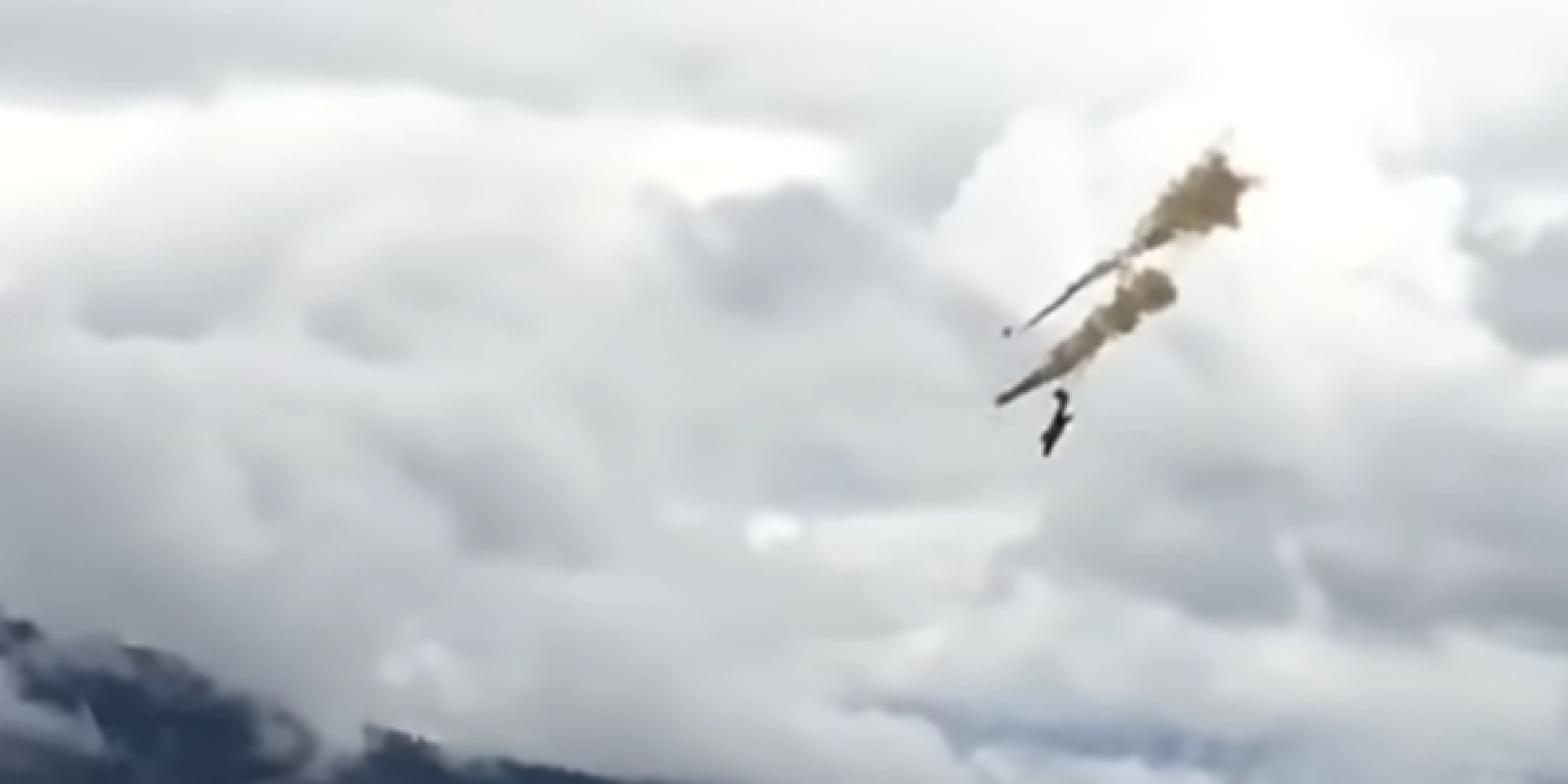 Screenshot from amateur video showing the May 17 crash of a CT-114 Tutor in Kamloops, causing the death of Capt. Jennifer Casey, public affairs officer for the Snowbirds aerobatic team (Shannon Forrest)

Four years before the apparent ejection seat failure that killed a member of the Snowbirds during a cross-country goodwill tour last month, the Canadian military had acknowledged that the escape system on the aging jet aircraft was in need of replacement.

According to information obtained by Postmedia, as early as 2016 the military had identified the need to update the parachutes on the CT-114 Tutor aircraft used by the Snowbirds, but that four years later they were still “very early in the project.”

On May 17, while the aerial demonstration team prepared to fly from Kamloops to Vancouver Island, a Tutor carrying Capt. Jennifer Casey and Capt. Richard MacDougall crashed soon after takeoff from Kamloops. Casey did not survive, and witnesses reported that they did not see a parachute after she ejected from the troubled aircraft.

The cause of Casey’s death is still under investigation, but it seems to share a common factor with other recent military tragedies: In peacetime, one of the biggest mortal threats to serving Canadian Forces members is aging or outdated equipment.

The Tutor, an aircraft intended for pilot training, first flew in 1960. Although the RCAF retired it as a trainer in 2000, it has continued flying with the Snowbirds. Although the demonstration team planned to phase out the aircraft in 2010, that was extended to 2020, and then again to 2030.

In the last 20 years, at least eight Tutors have been lost to crashes. Air crashes within military flight demonstration teams are not all that unusual. In one four month period in the early 1980s, the U.S. Air Force Thunderbirds lost five pilots in two separate incidents.

But what seems to set the Tutors apart is that the majority of their recent crashes are due to mechanical failures. One crash was the result of a pilot losing control after his seat harness failed. An engine failure led to a pilot ejecting near Thunder Bay in 2005, while a crash in Atlanta, Georgia at the end of 2019 remains under investigation but has been reported to have followed a loss of power.

Military hardware, particularly aircraft, generally receive much tighter maintenance than an average private car, meaning it’s not uncommon for them to safely stay in service for decades. Most famously, despite the B-52 Stratofortress bomber making its first flight with the US Air Force in 1952, it is scheduled to remain in service until the 2050s.

“The age of the aircraft is irrelevant,” wrote one air show pilot in the wake of Casey’s death. “I and my team regularly perform in formation at air shows in aircraft that are much older.”

This morning, Capt Jennifer Casey lifted off from Abbotsford on a CC-130J Hercules on her final journey home to Halifax, following a private farewell ceremony with her Canadian Forces Snowbirds teammates. (1/3) pic.twitter.com/NZmIB4kmfS

The Tutor’s ejection seat is rated to safely for zero level at an airspeed of 90 knots; meaning that while it can eject a pilot to safety from the ground, the aircraft has to be travelling at more than 160 km/h for it to work. Most modern fighters use “zero-zero” seats where the speed of the aircraft is irrelevant.

Canadian soldiers still carry sidearms manufactured during the Second World War. Not only do they jam constantly and suffer from chronic shortages of working parts, but they lack basic modern features such as a polymer frame or a place to affix a flashlight.

The sailors based at CFB Esquimalt are well familiar with the dangers of aging equipment, as their hardware has suffered a disproportionate share of catastrophic failures. The Esquimalt-based submarine HMCS Chicoutimi infamously killed one submariner and left eight others injured in 2004 after a cascading series of malfunctions caused it to catch fire in the Atlantic Ocean soon after its purchase from the United Kingdom.

The CFB Esquimalt-based HMCS Protecteur operated for so long beyond its initial design life that it could no longer obtain replacement parts in its final years. In 2013, an internal briefing note stated the vessel was “well past [its] original design life of 25 years.” The next year, a likely equipment failure would lead to the “worst case scenario” of a fire at sea.

Problems also abound among the Halifax-class frigates that operate out of CFB Esquimalt. A 2019 review of the naval fleet’s readiness found that insufficient technical staff meant that these were only able to perform 65% of scheduled preventative maintenance. And although the ships have undergone modernizations, some of their systems still depend on obsolete parts that must be scavenged or specially built. In only the last two years, the fleet has suffered 10 shipboard fires.

“The Navy has had sufficient National Procurement funds to meet spare part demands, however the obsolescence of certain ship and submarine systems has made it difficult to obtain some parts,” reads a March, 2019 report.

While Canada’s chronically undersupplied military can be in part blamed on a shortfall of federal funding, the most obvious cause is a politically tainted procurement process that severely delays any attempt to purchase even the most desperately needed equipment.

One of the most visible examples has been the long-delayed process to replace the CF-18; Canada’s only serving fighter jet. In 2010, the Conservative government announced plans to purchase the F-35 Lightning II, later walked back by the Liberals upon their election in 2015. A mooted purchase of Boeing F-18 Super Hornets was sidelined after a commercial dispute between Boeing and Bombardier over the latter’s introduction of the CSeries airliner. In the meantime, Canada bought 18 Hornets second-hand from Australia. 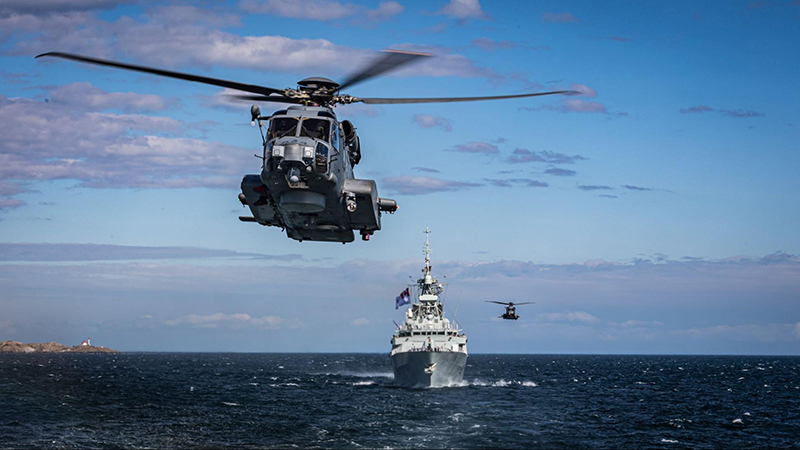 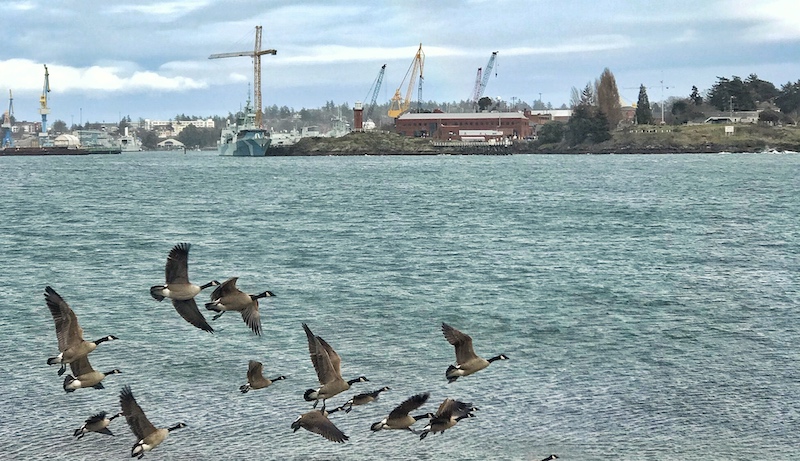 The local economic impact of Canada’s Pacific Fleet
As Greater Victoria’s third-largest employer, the base is a major driver of the region’s economy. 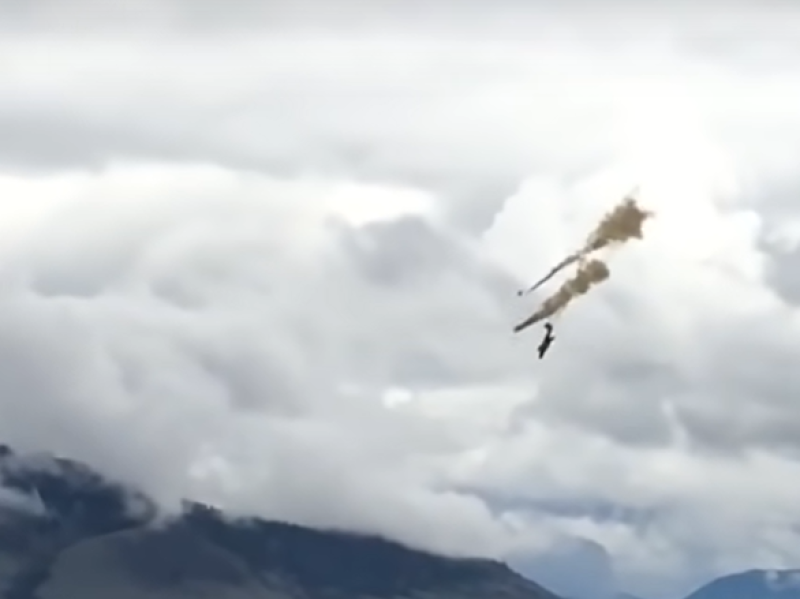 How Aging Equipment Endangers the Canadian Military
In peacetime, one of the leading causes of death and injury for Canadian Forces members is the catastrophic failure of aging hardware
Have a tip?
Use our confidential inbox