AI and machine learning tools raise concerns over academic integrity in Victoria's educational systems
City Hall
News
Based on facts either observed and verified firsthand by the reporter, or reported and verified from knowledgeable sources.

December 19, 2022
Get the news and events in Victoria, in your inbox every morning.
Thank you! Your submission has been received!
Oops! Something went wrong while submitting the form. 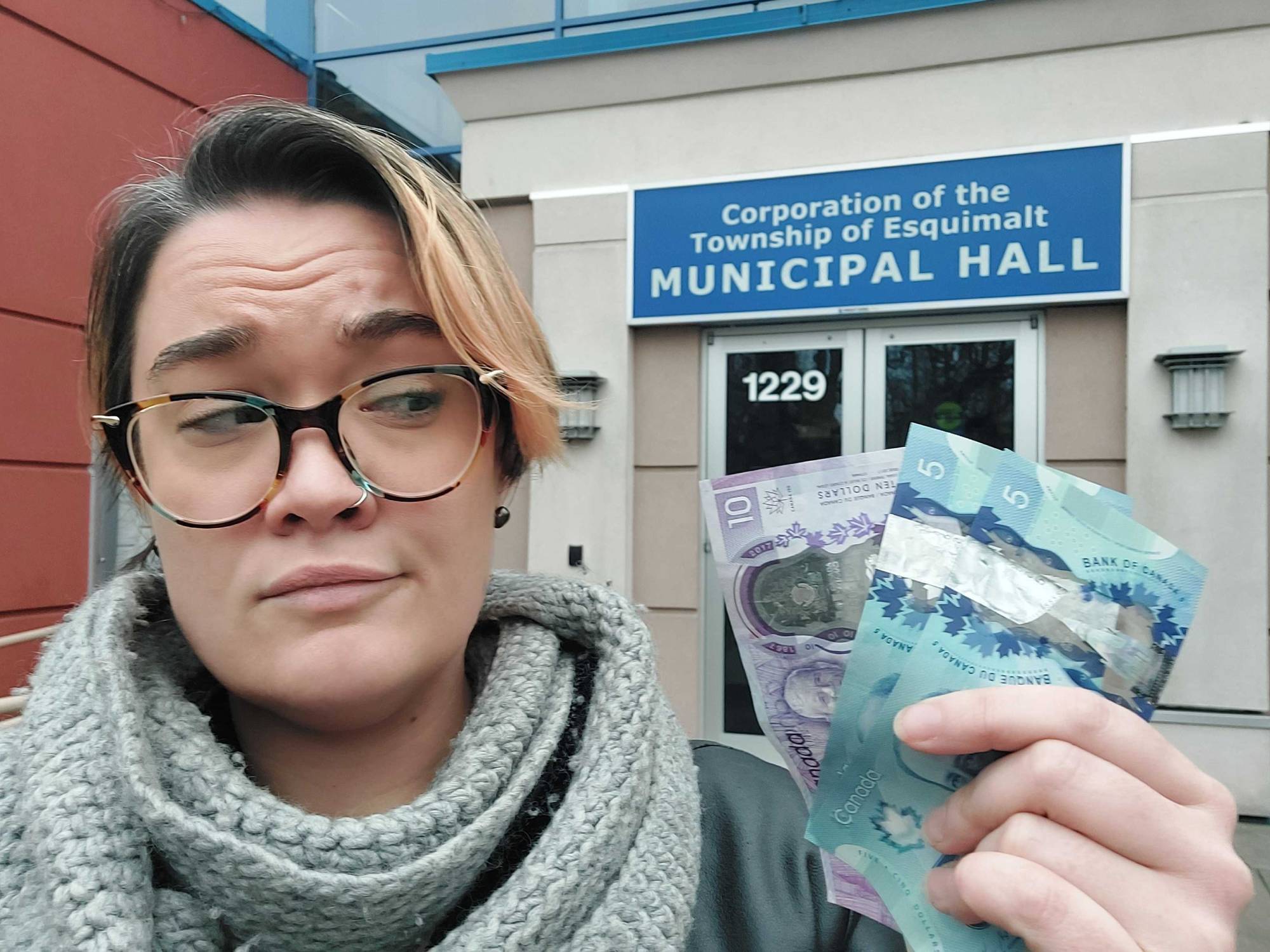 Even if you are lucky enough to love your job, there are some parts of it that just suck—some task or issue that makes you want to light your hair on fire every time it comes up.

For me, as a reporter, it’s access to information. Specifically, trying to obtain information from public bodies via freedom of information (FOI) requests.

They’re an important tool for informing the public about how governments operate. They can be filed with most public bodies, and require that those bodies turn over documents from emails to briefing notes—really, any document that might be created, with a few exceptions. Over the past little while, we’ve used FOIs to find out how decisions were made about school COVID exposures; how the Danbrook One fiasco took place; how the Police Board silenced an unruly member; what libraries are dealing with amid the housing and drug poisoning crises; and more.

Still, I loathe the process of filing FOIs—as do most journalists I know. Many of the governments and departments that deal with them make the filing process at least more difficult than they could, while some make it as difficult as possible. And the results are far from guaranteed: you’re fishing in the dark, and if you catch anything at all, it might be more redaction than documentation before it lands on your desk.

With that in mind, at the behest of my editor, I am embarking on a project that will hopefully shed some light on how well local governments across Greater Victoria perform when it comes to fulfilling FOI requests.

I plan to file a pair of FOIs with each of the 13 municipalities in Greater Victoria, plus the Capital Regional District. One request asks for emails sent by the mayor (the chair of the board of directors, in the case of the CRD) within a set period of time (one week for small municipalities such as Highlands; two days for larger municipalities like Victoria) and one requests information about all FOIs filed with the municipality over the past two years.

I will be tracking the process from start to finish and grading each municipality on its response, deducting points for unreasonably complex filing processes, delayed responses, and overeager redactions, among other common gripes.

Remember our accessibility rubric for councils? This will be similar but with a bonus story covering two years of local FOI filings and maybe some spicy emails from the mayor’s office.

The process of navigating the FOI system at any level of government often feels like an exercise in futility.

I’m not the only one who feels that way.

While governments put out plenty of information they want the public to see in the form of press releases and proactive disclosures, essential information about how decisions are made or whether policies are working as designed can be much more difficult to come by.

In this regard, local governments often perform better than their provincial and federal counterparts, Holman said, “because they actually release more information through council as a matter of course.”

Some local councils also regularly provide information about the FOI requests they receive. Highlands, for instance, puts the total number of FOIs filed each year over a five-year period in its annual report.

However, none routinely report the level of information I have asked for—things like the timeline in which they were completed, how many were refused outright, the exemptions used to redact information, and the reasons for delays.

In an ideal world, governments at all levels would make most information that is of public interest available without having to file an FOI.

What could governments do to be more transparent?

“Have very few exemptions and exclusions, release information that the public essentially has already paid to be produced on their behalf, and have a proactive, rather than a reactive, release system,” Holman suggested.

A reporter can dream, right?

But that’s the point of this exercise: after The Westshore and Capital Daily rated the accessibility of online council meetings, we saw councils endeavour to improve their technology. We hope to see the same thing happen when we eventually release our rankings here.

I started filing requests on Thursday afternoon and plan to file with all 13 municipalities by Thursday next week.

I decided to start with Victoria, Langford, Esquimalt and Highlands to get a feel for what the FOI filing process is like with large, medium-sized and small municipalities.

Spoiler alert: Esquimalt is faring the worst in my ranking so far.

Not only does the town charge a $10 filing fee—something the NDP government implemented last year but few Greater Victoria municipalities seem to have adopted—but the options for paying are only cash, debit or cheque. In person.

I can’t remember the last time I owned a chequebook and I recently learned—after being charged production fees for an unrelated FOI request with Langford—that getting such a relic from my bank would cost $50 and take two weeks.

So off to Esquimalt municipal hall I went yesterday to pay the fee required for the town to even entertain my FOI request. While the process was quite quick, and staff were friendly and festive—having held their Christmas lunch earlier in the day, I was told—the fact of having to pay money upfront in the hopes of getting some government transparency in a few months’ time did not leave me in a jolly mood.

But it gets worse: Highlands was the most frustrating request to file so far. The district provides a static form for FOI requests. That form must be printed, completed and returned to the district hall in person or by mail. Or—for a millennial without a printer—downloaded, opened with Adobe, filled out, saved and attached to an email. Twice.

District staff soon called to let me know the mayor sends quite a few emails, that my request is likely to prompt production fees—which public bodies are allowed to charge when fulfilling a request is expected to take up a lot of staff time—and to give me the option to be more specific in a bid to avoid those fees. I said I’d like to see the fee estimate before proceeding.

Langford staff also called to discuss one of the FOIs I filed, letting me know the city does not collect all of the information I requested about the FOIs it receives but will be able to fulfill part of the request. So we’ll know the FOI number, date requests were received, date a response was due and the scope of the request.

Filing FOIs with the City of Victoria has been the least aggravating process so far. I sent an email with the details of each request and received an acknowledgement from staff within 24 hours. Victoria also does not collect all of the information about FOI filings that I requested but I will eventually get file numbers, the text of the requests, the timeline for when requests were filed, due and closed, and information about the filer and the city’s response to the request.

Assembling the other information requested would require staff to manually review files and compile the information, a task the city contends would “unreasonably interfere” with the work of staff in the legislative services branch.

“Therefore, it will not be provided.” Such transparency!

I was hoping to file more requests today but between council coverage, organizing interviews and the jaunt to Esquimalt to pay the FOI filing fees, I did not manage to find the time.

Further discoveries in the land of municipal FOI filings will have to wait until next week.

‘Should not have happened’: new documents outline potentially catastrophic failures in Danbrook One design

Libraries are open to all, but are library staff equipped to help everyone who comes through the doors? 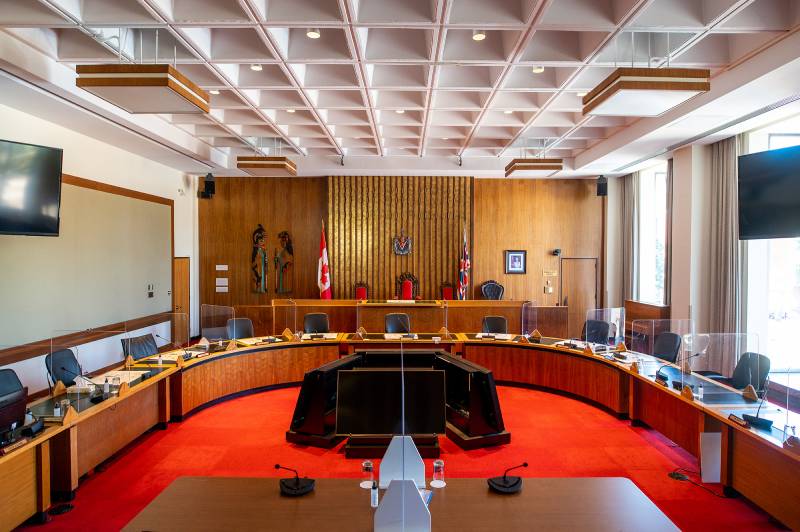 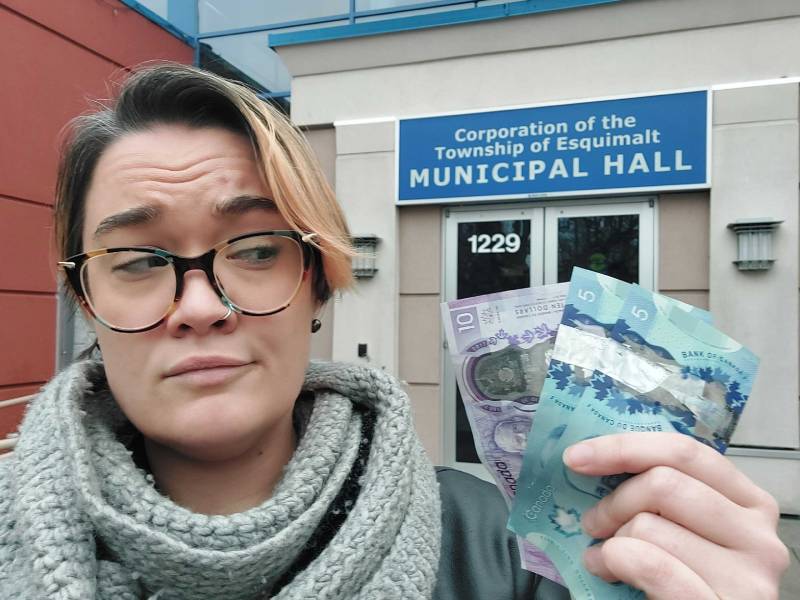 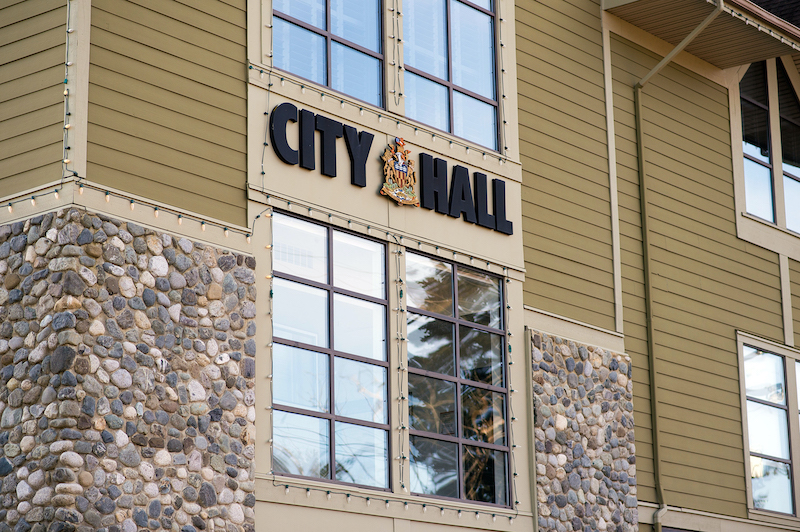