January 28, 2021
Get the news and events in Victoria, in your inbox every morning.
Thank you! Your submission has been received!
Oops! Something went wrong while submitting the form. 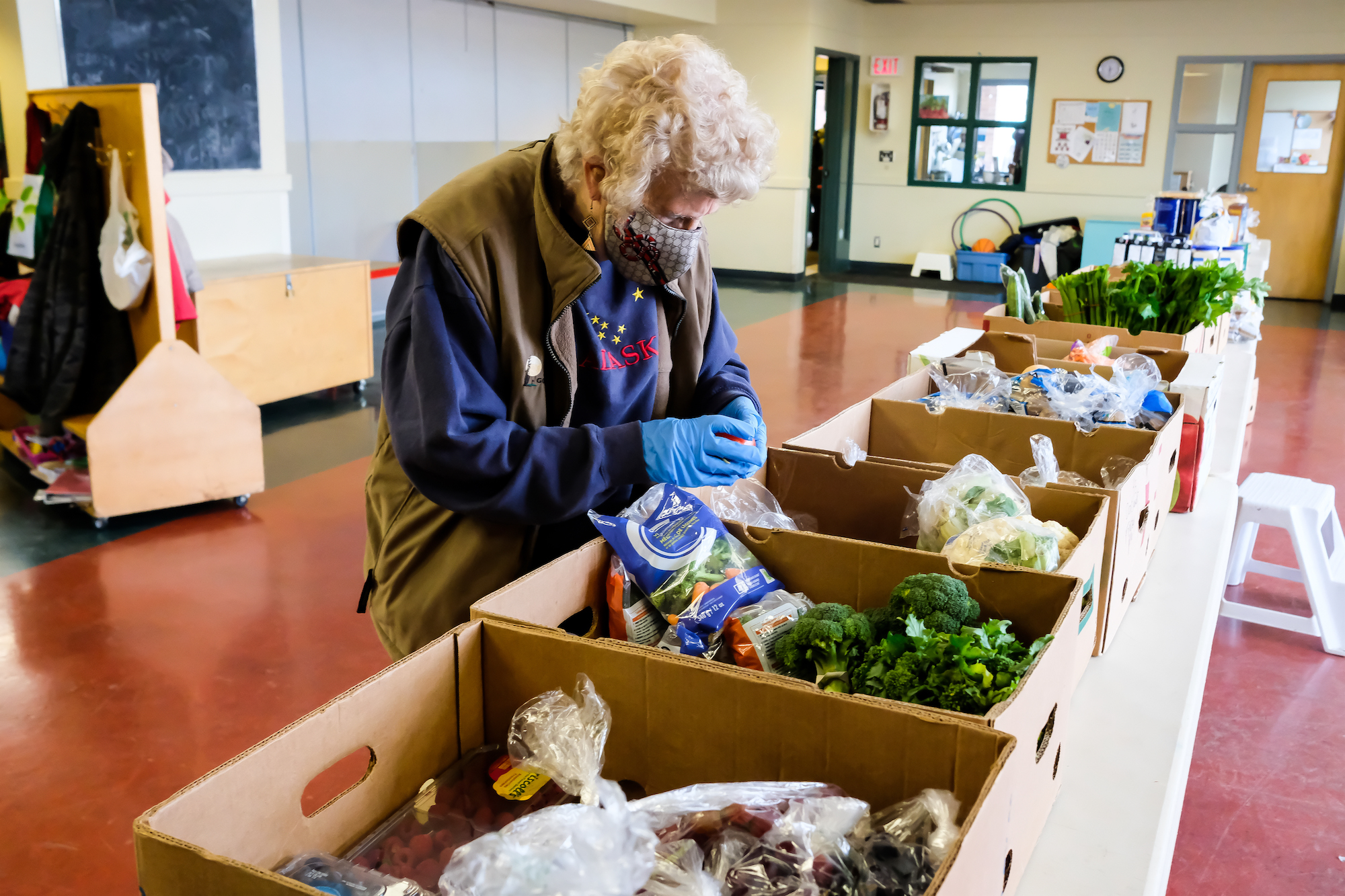 During the holidays, Capital Daily readers raised $150,000 to donate to neighbourhood houses across Greater Victoria. Today, we bring you the first of three stories about what that money supported.

A stampede of small feet races toward the front door. The door flies open, and there, sitting out front of the townhouse, is a box full of groceries: eggs, bread, yogurt, and locally grown produce. All free, courtesy of the Oakland Community Association.

Since the summer, this has become a weekly ritual in Allan’s house. His children—three girls, four boys, with ages ranging from six months to 15 years old—have assumed responsibility for bringing in and unpacking the family’s weekly food hamper. Rummaging around inside the box, they often uncover treats slipped inside by the volunteers who packed it. So far, cupcakes, pastries, and individual yogurts have been their favorite discoveries.

The Oakland Community Association has provided more than 3,000 food hampers to families in Victoria since the start of the pandemic. For families like Allan’s, this program has been an important resource to ensure food security at a critical time.

“It's like a gift that kind of came out of nowhere,” said Allan. “It's just something that I'm really thankful for, being on a reduced income right now and being at home [due to] COVID.”

Allan first discovered the food hamper program late in the summer, when a poster in his townhouse complex caught his eye. The process to set up the weekly deliveries was “amazingly simple,” he said. Without fail, the boxes of food have arrived outside his house every week since.

In a household with nine mouths to feed, Allan said his food bill can be considerable. Allan is currently homeschooling his kids and out of work, so the family relies on his partner’s single income.

Allan’s family is far from alone in experiencing food insecurity. Prior to the pandemic, Statistics Canada reported that one out of every eight families in Canada experienced food insecurity. With rising economic pressures and unemployment during COVID-19, current rates of food insecurity are likely higher.

“Food security is family security,” he said. “If there isn’t food security, it increases anxiety, and stress levels for everybody go up.”

The food hampers have eased some of the financial pressure and allowed Allan to better manage their budget by supplying the family with more than two days’ worth of meals a week. At this point, Allan is friendly with the volunteers in the program, who sometimes slip extra food into his family’s box.

“There is a nice level of trust there,” he said.

“It's been a really positive thing, and I know other people [I’ve seen] have taken advantage of that too. Everybody's always very appreciative for the program.”

Another service run by the Oakland Community Association is their pantry, which has provided food to over 800 people since October. The shelves are stocked with donations from the Mustard Seed, St. Vincent DePaul, Red Cedar Cafe, and the Food Share Network, the latter of which repurposes foods that grocery stores can no longer sell. The pantry also buys food for half price from the South Island Food Hub, a collective of local farmers.

A team of a dozen volunteers, led by Community Services Coordinator Karin Zylstra, manage both the pantry and food hamper programs. They’ve also started a “breakfast club,” where they assemble bags of meals to leave for kids at the neighbouring Oakland Elementary School.

“I really appreciate the opportunity that I have to be able to give people something that they need right now,” said Zylstra, who created the pantry.

Zylstra said that she and her team works hard to ensure these services are as welcoming and unobtrusive as possible, to encourage anyone that needs their programs to participate.

According to Zylstra, about 85 per cent of those using the food pantry are from the Oaklands and Hillside neighbourhoods. However, there are others who travel from other areas, including James Bay, Fernwood, and downtown Saanich to access the service.

“There's a need outside of just our community for something that's just a free, open market of food,” Zylstra said. “It's a tough time for people to be able to put fresh, healthy food on the table, and that's what we aim to be able to provide.”

Starting the week of Jan. 18, the Oakland Community Association has partnered with The Gift of Good Food to switch their food hamper program to a bi-weekly box of produce and bread. Recipients of these boxes can also drop into the food pantry on Saturdays to pick up eggs, milk, meat, and other food for free.

Now, every other week, Allan will bring home this box of fresh food to his children, who will be eagerly awaiting the moment they can sort through the latest haul. Allan’s family are grateful for this continued support, as it has allowed them some stability in a difficult time.

“I definitely commend efforts like this to increase food security locally, because Victoria is super expensive to live in and rent is incredibly high,” he said. “Having help as far as food goes is a huge way to mitigate the difference in income disparity in Victoria.”

Oakland Community Association is one of 10 local Neighbourhood Houses in Greater Victoria benefitting from a partnership between Capital Daily and United Way which raised more than $150,000 to help families, children, youth and parents in our community. Over 500 donors stepped up in the last two weeks of December 2020 to make this fundraising campaign a success. This is just one example of how your gift is making a difference in the lives of individuals in a neighbourhood near you.

Creating a ‘green lung’ in the heart of the city: Oaklands residents are working to create a pedestrian-first neighbourhood 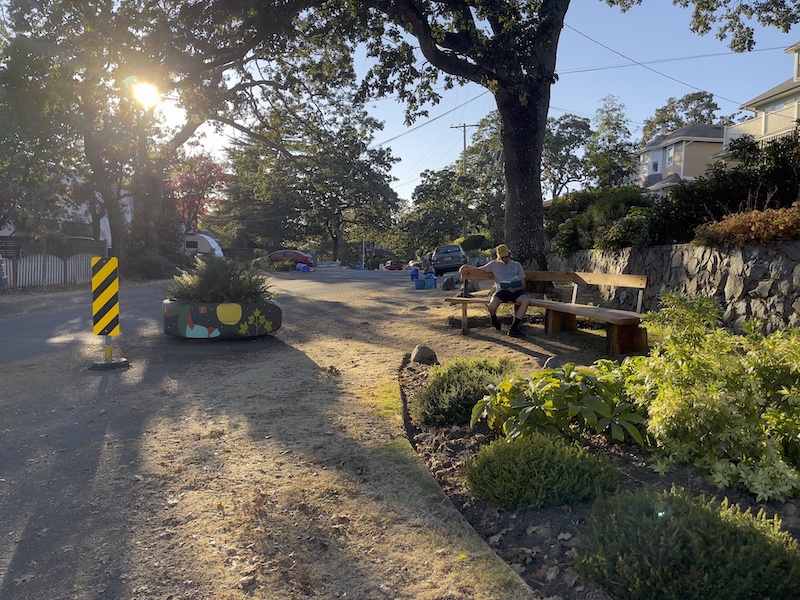 Funding for several placemaking projects have come from the City of Victoria’s My Great Neighbourhood Grant program, which is currently accepting applications 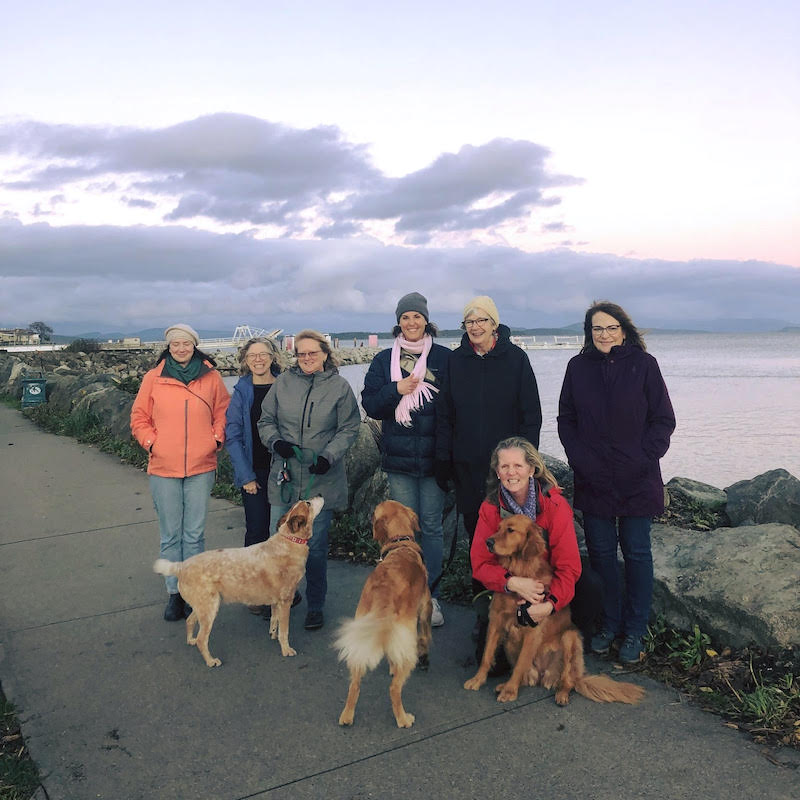 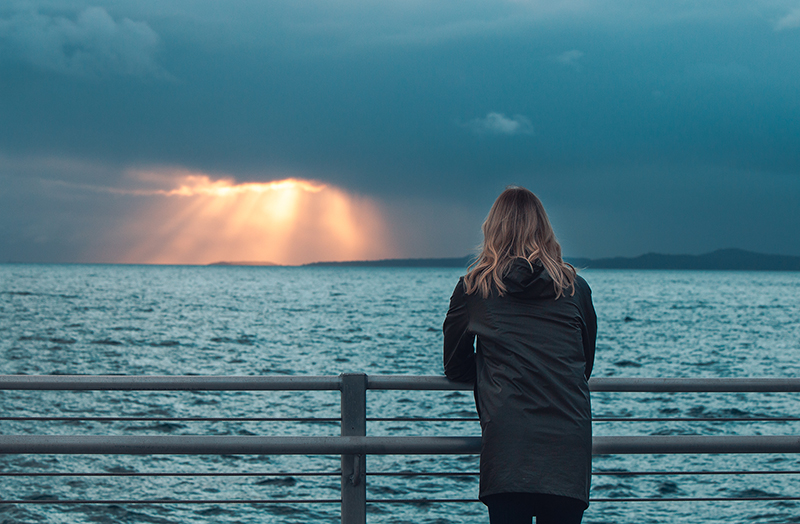