The effects of regularly drinking a few bottles can loom larger than many realize. Photo: Shannon Waters / Capital Daily

January 1, 2023
Get the news and events in Victoria, in your inbox every morning.
Thank you! Your submission has been received!
Oops! Something went wrong while submitting the form. 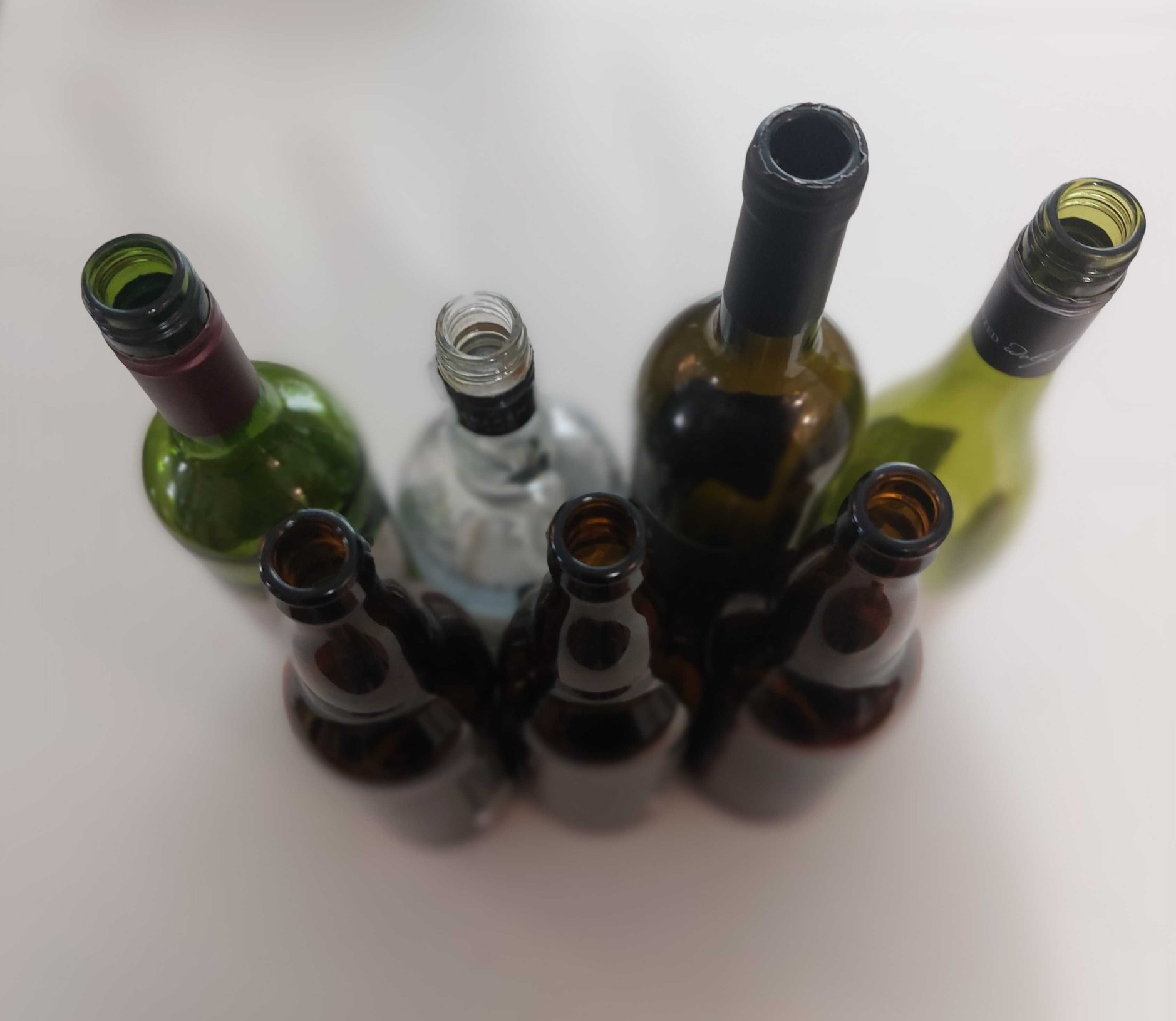 The effects of regularly drinking a few bottles can loom larger than many realize. Photo: Shannon Waters / Capital Daily

The holidays are a time to make merry, and for many of us making merry is synonymous with drinking alcohol. From rum and eggnog in front of the Christmas tree to hot chocolate laced with Irish cream to toasting the new year with bubbly, we mark many of our celebrations with libations.

“People generally think alcohol is benign like food and soft drinks except it's more fun,” said Tim Stockwell, founding director of the Canadian Institute for Substance Use Research at UVic.

Stockwell has been researching alcohol consumption and its effects for decades. In that time, he has seen more and more research showing alcohol is a carcinogen, raising drinkers’ risks of everything from breast cancer to colon cancer.

“People just aren’t aware of that and I think it’s because we’ve been using alcohol for millennia,” Stockwell said, noting that evidence of people fermenting grains goes back around 10,000 years.

A majority of Canadians consider alcohol use socially acceptable, according to Statistics Canada, while just 19% said the same about cigarettes. While evidence of the harms alcohol can cause has been building for years, public perception of those harms continues to lag, especially when it comes to cancer risks. A 2016 survey conducted by the Canadian Cancer Society in Ontario showed only 28% of respondents were aware drinking is linked to increased cancer risk.

Drinking increased during the pandemic, partly due to government policy

Tobacco use in Canada has been on a downward trend for decades, but alcohol consumption has trended in the opposite direction, Stockwell said.

The arrival of the COVID-19 pandemic pushed drinking levels in BC higher than ever, according to the BC Alcohol and Other Drug (AOD) Monitoring Project, which Stockwell helped found in the early 2000s.

“The biggest jump the whole time we’ve ever been monitoring this was during the pandemic,” he said.

In the year ending March 2021, British Columbians drank an average of 9.32 litres of alcohol, per the AOD Monitoring Project. That volume works out to every person 15 and older drinking an average of 10.5 bottles of beer, or nearly two bottles of wine, per week. On the Island, consumption was second-highest out of the five health regions, at 11.54 litres (equivalent to 13 beers per week).

That figure includes people who do not drink, meaning many people in BC were drinking far more than Health Canada’s guidelines for low-risk alcohol consumption recommend: 10 drinks per week for women and 15 for men. Here, one drink is defined as a bottle of beer or cider, a five-ounce glass of wine, or 1.5 ounces of liquor.

While the stress and isolation associated with the pandemic likely contributed to people drinking more, Stockwell said government policies aimed at allowing businesses to sell alcohol more easily as a way of making up revenue drops are also to blame.

Liquor stores were declared an essential service in BC when the pandemic hit and the government allowed liquor stores to sell their products online, and pubs and restaurants to sell sealed drinks with takeout orders, a move that has since been made permanent.

Data on alcohol consumption for the past year are still being compiled but Stockwell said BC is back to pre-pandemic levels of 9.19L of alcohol per person per year.

That’s good news to Stockwell, who is deeply familiar with the impacts drinking has on health.

“The total deaths from alcohol now are well in excess of 20,000 deaths that would not have occurred each year had people not been using alcohol,” Stockwell said. “Approximately 8,000 of those [deaths] will be from various kinds of cancer.”

‘The same mortality risk as one cigarette’

When most Canadians think of things that cause cancer, it’s likely cigarettes or maybe asbestos that come to mind. Few probably picture their favourite IPA or merlot, but alcohol is “a fundamentally carcinogenic substance.”

“Because of the way we metabolize it, it’s turned into something called acid aldehyde, which is a really, really nasty substance that kind of burns and corrodes our digestive system as it works its way through,” he said. “The body heals itself and often doesn’t do that correctly—that’s one of the mechanisms by which cancer is caused.”

When it comes to health risks, it’s fair to compare cigarettes and alcohol, according to Stockwell.

“It turns out that the mortality risk of one Canadian drink is pretty much the same as one cigarette,” he told Capital Daily. “Furthermore, if you plot the risk of mortality against how much people drink, there is no safe level.”

So why don’t wine bottles come with warnings similar to the ones plastered on boxes of cigarettes? The power of the liquor lobby and a public penchant for remaining ignorant are two factors Stockwell has analyzed.

“We prefer not to know about and the industry works very hard to keep us in the dark,” Stockwell said.

In 2017, pressure from alcohol producers ended a Yukon-based study on the effectiveness of warning labels on alcohol products after only a few weeks. The labels included information about low-risk alcohol consumption and links between drinking and certain kinds of cancer.

Despite the disruption, the short-lived study showed warning labels may work: sales of labelled products dropped by 6.6% while unlabelled product sales went up by 6.9%.

Since then, the idea of adding warning labels to alcohol has gained some traction at the federal level. In November, Senator Patrick Brazeau introduced a bill that would apply warning labels similar to the ones used in the Yukon study to alcohol products across the country. That same month Nanaimo—Ladysmith NDP MP Lisa Marie Barron put forward a motion calling on the federal government to take the action Brazeau’s bill calls for.

While warning labels would be welcome, Stockwell would like to see governments take what he says would be an even more effective step to accurately reflect the risks alcohol consumption poses.

“The single best thing, the BC government—or any government—can do is to play around with the floor prices of alcohol,” he said. “We would advise the government to attach their minimum price rates to what causes the harm in alcoholic drinks, which is the amount of alcohol, and to raise them.”

BC has has had minimum drink pricing in place for years, but Stockwell said current limits are too low to be effective.

“We still can get really cheap alcohol and the heaviest drinkers gravitate towards the drinks that cost you 80 or 90 cents,” he said. “The recommended level would be more like $1.50 minimum. It’s the low-hanging fruit the government could grasp. They do look at it from time to time but then they get nervous.”

If you’re considering reducing or eliminating alcohol from your life, even on a short-term basis, the benefits can be many and varied. Improved memory and cognition; improved well-being and energy levels; and better sleep have all turned up in studies on short-term alcohol abstinence.

Over the long term, Stockwell advises considering the risks drinking poses to health and well-being and putting them in context.

“If you drink a little, it’s not a huge risk,” Stockwell said. “It’s probably safer than crossing the road, driving the car, flying regularly on an aeroplane—it’s a relatively small risk. So you need to gauge what you’re comfortable with, but a lot of people are really just better off not drinking at all.”

If you’re looking to cut down on drinking but still love to taste drinks, you might get some use out of Ryan Hook’s roundup of drink recipes that use Greater Victoria’s own no- or low-alcohol beers, spirits, kombuchas, and more. 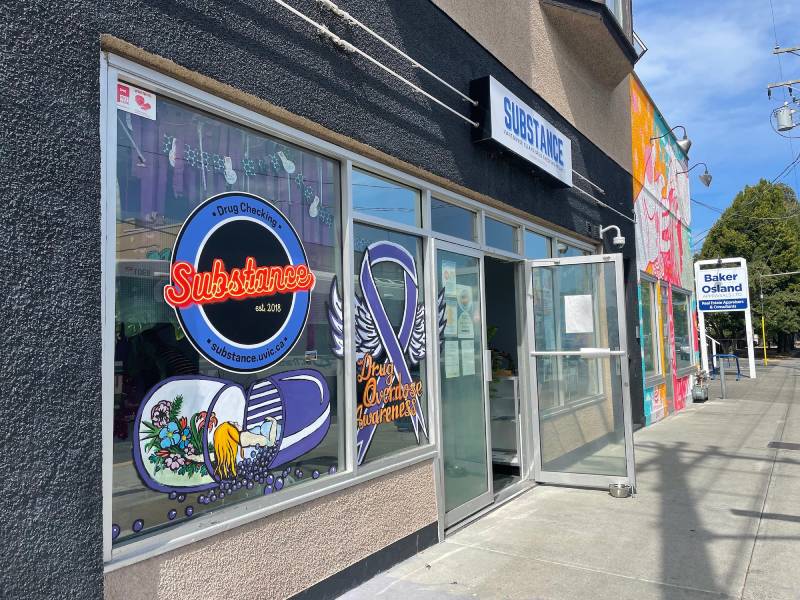 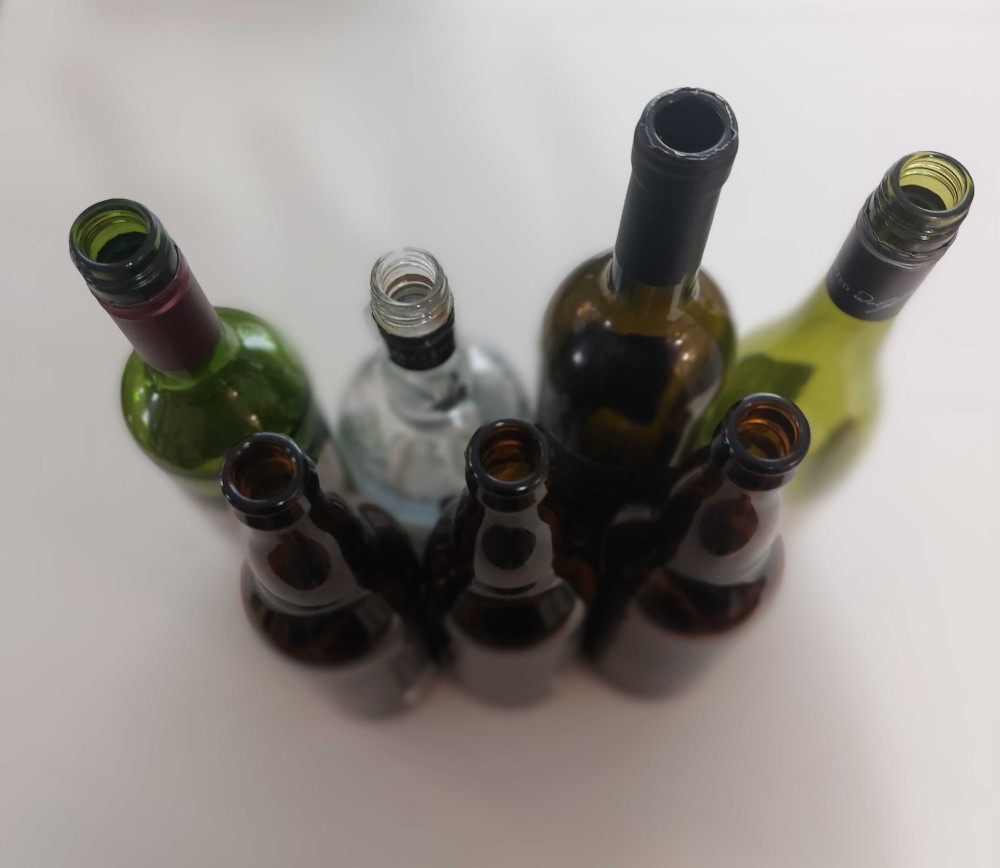 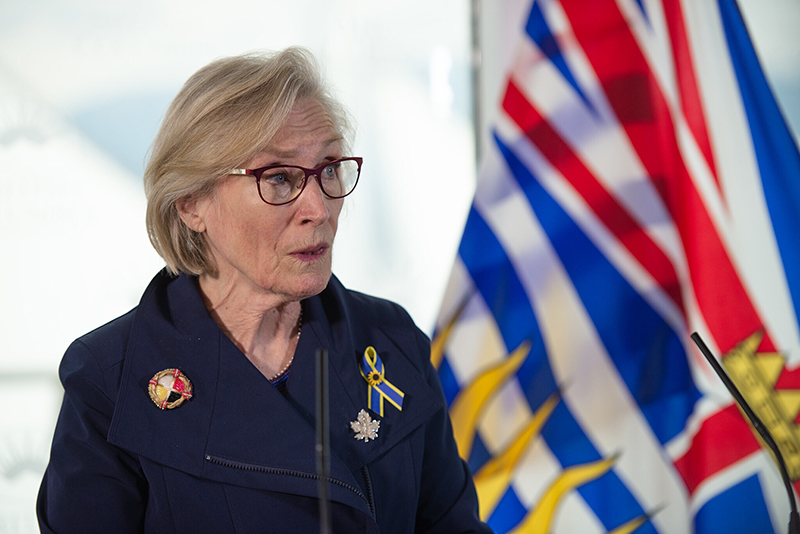