August 27, 2021
Get the news and events in Victoria, in your inbox every morning.
Thank you! Your submission has been received!
Oops! Something went wrong while submitting the form. 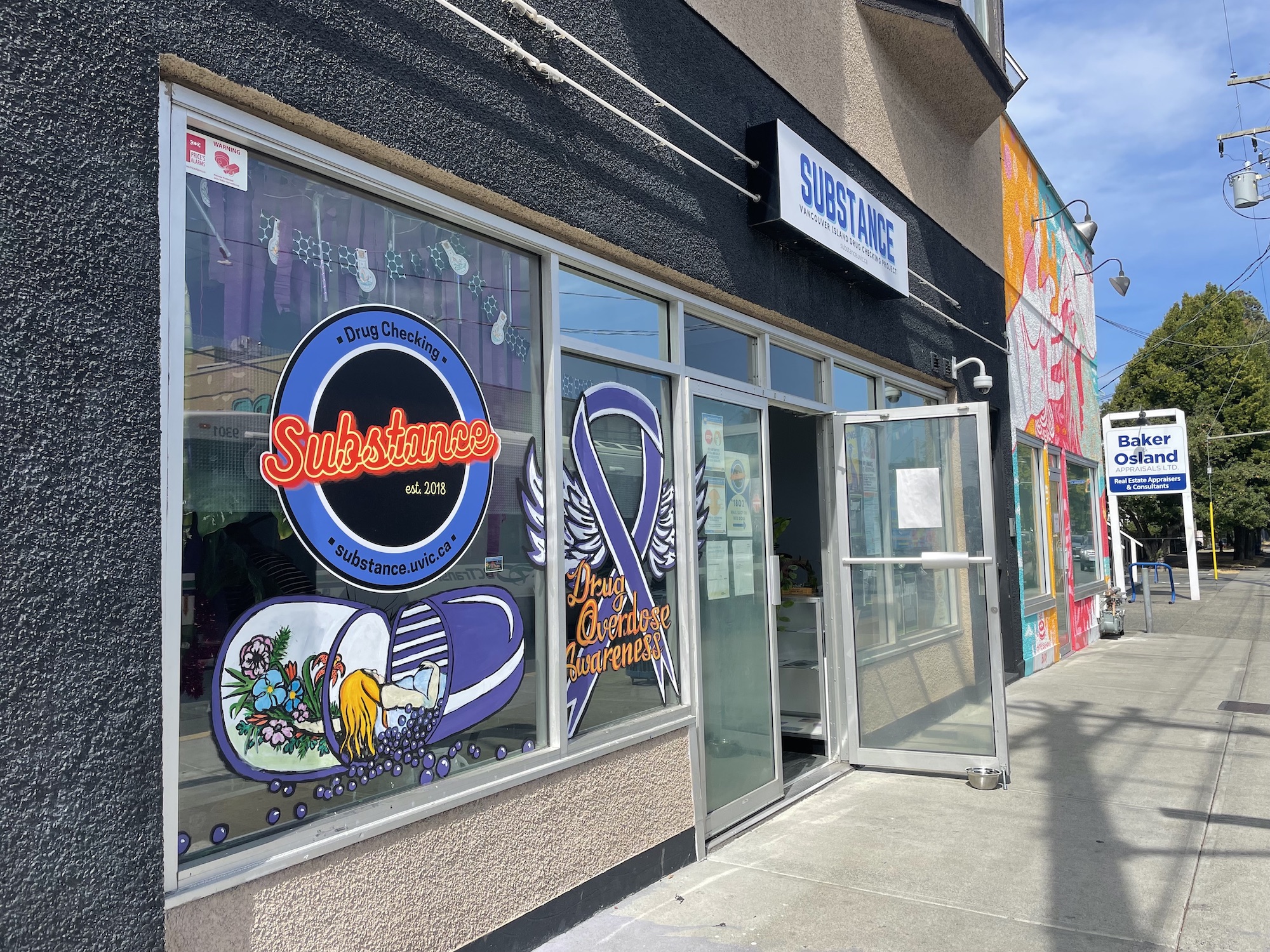 Fred Cameron was riding a BC Transit bus one evening on his way to Hecklers Comedy Club when he saw a man collapse, suffering from what appeared to be an overdose. Another passenger quickly jumped into action and started chest compressions, while Cameron called for an ambulance.

Without the knowledge of how to respond to an overdose, said Cameron, who is manager of operations at SOLID Outreach Society, “we would have lost that man that day.”

BC is in the midst of an overdose crisis that has taken more than 7,000 lives since it was first declared a public health emergency in April 2016. The BC’s Coroners Service called 2020 the “worst year yet” for overdose deaths, which exceeded the combined number of fatalities from vehicle accidents, suicide, and homicide that year.

There are many groups in Greater Victoria actively working to support those with addictions and substance use disorders, and bring an end to this crisis. Amid all the loss of the last year, Olivander Day, Westshore clinic coordinator for the harm-reduction organization AVI Health and Community Services, says that they have seen some positive progress in terms of new funding for safe supply and ​​opioid agonist therapy to treat addictions.

“During COVID, access to safe supply of opioids has significantly increased on the Island and in Victoria, where it was tremendously difficult to get access to it before,” he said.

“The healthcare system is starting to recognize, especially with the level of overdose increased during COVID, that if you don't give people the means to keep themselves from getting sick or don't allow people to get high, then you can't decrease overdoses.”

As International Overdose Awareness Day approaches on Aug. 31, advocates say it’s up to people across Greater Victoria to join in the current efforts to end toxic drugs deaths. Through speaking with those on the frontlines of this crisis locally, we’ve compiled their advice into three crucial steps that everyone in the community can start on today.

“Right now, we're just trying to weather the storm with hopes of rebuilding at the end,” Cameron said. “The general public is needed just as much as everyone else in order to get through this.”

One of the biggest aspects of the overdose crisis that advocates need help from the community to change is centered around the negative stigma towards people with addictions and substance use disorders. Widespread stigma can isolate opioid users and limit their access to resources and support that could be life saving.

“It goes so much further beyond just contributing to people who use drugs having a shitty day or a slightly harder life,” said Day. “All of our bias and prejudice causes people to die in an indirect way.”

Whether people are aware of it or not, said Day, most know someone in their lives who is engaging in substance use. Encountering stigma from those close to them can cause a drug user to isolate themselves instead of reaching out to people that would support them, and potentially take more risks.

Although some people’s idea of the stereotypical drug user might be someone engaging in substance use on a downtown street, this is a misconception. Cameron says the highest risk group for substance abuse are trades workers and people between 19-39 years old.

Reframing language around people who use drugs (such as using person-first language and recognizing substance use as a disorder) and seeking out information on the issues at the root of this crisis are good first steps for people looking to help remove this stigma.

Although a shift in public opinion can be difficult and slow, Cameron says it’s not impossible. He pointed to the decriminalization of cannabis over the past 30 years as a model for how this could take hold over time.

“I think for folks who are not familiar with the overdose crisis or don't know what it's like for folks who are surviving structural discrimination, they can see overdose as just kind of part of the problem of substance use, rather than something that is genuinely avoidable with good health care policies and support,” said Day.

Learning how to identify and respond to an overdose is a life-saving skill. And, as Cameron experienced firsthand on his bus ride to Hecklers, this knowledge can be put to the test at a moment’s notice.

There are several signs that someone may be having an overdose, including if they are unconcious, unable to speak, are vomiting, or have very small pupils. Overdoses often look different, and it’s important to respond quickly.

One of the best ways to know how to respond is by completing training on administering naloxone, which can reverse an opioid overdose. There are many online resources for naloxone training—such as this training video by Toward the Heart—but an in-person training might help you feel better prepared.

Cameron says that anyone looking to get trained on using naloxone can email him at healtheducation@solidvictoria.org or come in to SOLID for a five to 10 minute hands-on learning session. Naloxone kits are free, and the province also provides them through their Take Home Naloxone program.

Saving someone’s life with naloxone can be a stressful and scary experience, Day said.“You're just scared for this person's life and want to do everything in your power to keep their heart pumping and their lungs breathing.”

If you or someone you know uses drugs alone, make sure to download the Lifeguard app to alert emergency services in the event of a potential overdose. There are also multiple places around Victoria to get your drugs tested.

Get involved and support those on the frontlines

In addition to SOLID and AVI, there are a variety of other programs actively working to end the overdose crisis and support those who have been affected by it, including the Umbrella Society, the Indigenous Harm Reduction Team, Moms Stop the Harm, Peers, and more. Local groups are always looking for community members to support the work they do, either through volunteering, advocating to the community and elected officials, or donations.

On August 29th, the South Island Community Overdose Response Network is hosting an  International Overdose Awareness Day event in Centennial Square for the community to remember those lost to the crisis and take action. The event will start at 4 pm with information and resources, free naloxone training and kits, food, and music. At 6 pm, there will be a rally, which will conclude with a candlelight vigil.

It’s not easy to work on the frontlines of this crisis, but Day says his belief in the positive impact on the lives of people in the community that he and others have been able to create keeps him coming back each day.

“That helps keep everything in focus, whenever you have a hard day, or you respond to an overdose that's particularly intense, or someone close to you passes away,” he said.

“You come back to the work because because of the community that we're able to create around people, and that is really a lifeline.”

Five years into the overdose crisis, Victoria's street drugs are stronger than ever