AI and machine learning tools raise concerns over academic integrity in Victoria's educational systems
Good news
News
Based on facts either observed and verified firsthand by the reporter, or reported and verified from knowledgeable sources.

December 16, 2022
Get the news and events in Victoria, in your inbox every morning.
Thank you! Your submission has been received!
Oops! Something went wrong while submitting the form. 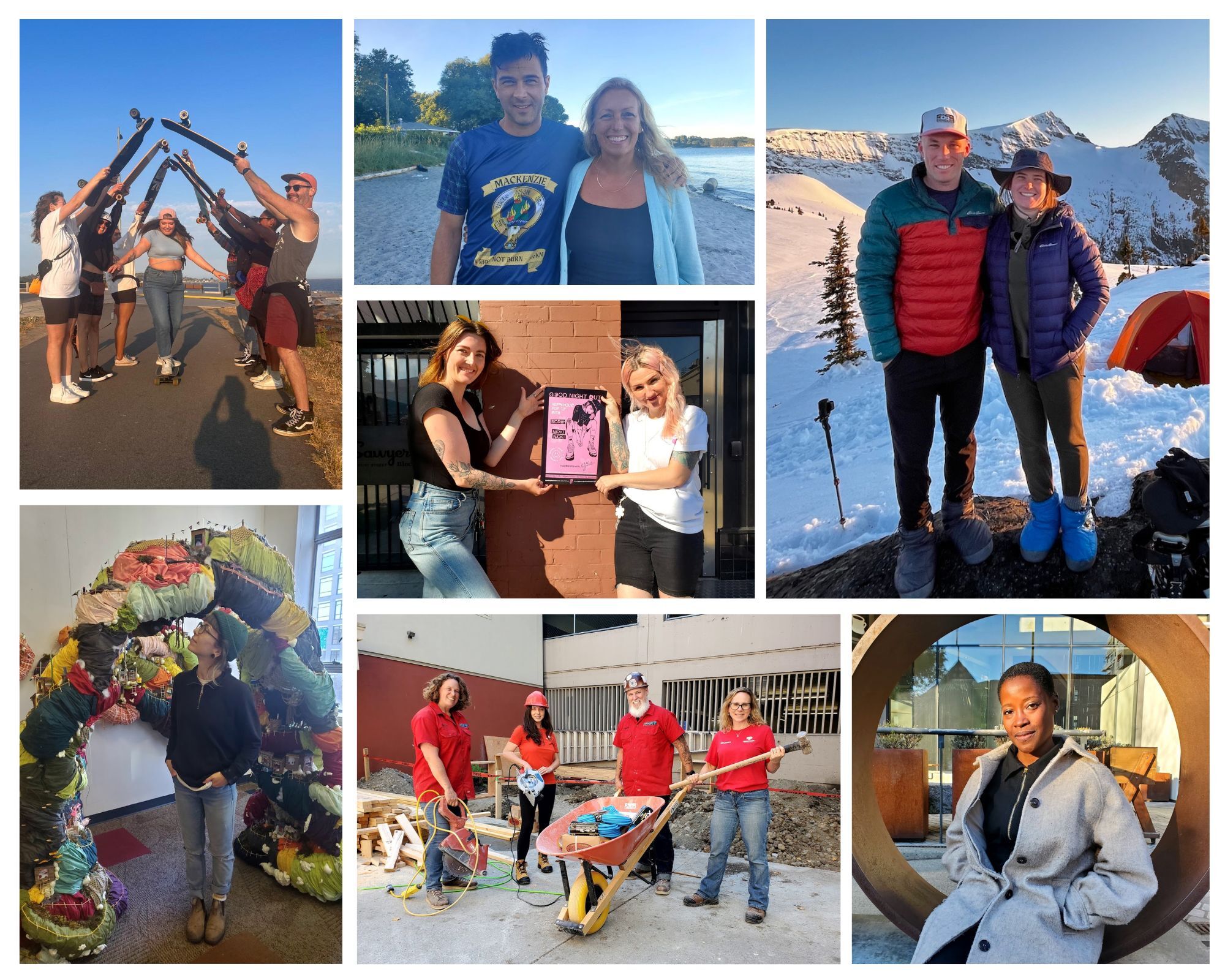 Since its launch in February 2021, the Good Newsletter has published 95 inspiring and uplifting stories, and reached into dozens of communities across Greater Victoria and Vancouver Island. Three different journalists–myself, Jolene Rudisuela, and Emily Fagan–have taken the helm of this feel-good project, and between us, we’ve told the stories of people working to improve our healthcare system, our environment, our social support networks, our arts organizations, and much more.

As journalists, we work in a tough field–often interviewing people about the most challenging parts of their lives, and writing about the biggest issues we face as a society. The world can be a difficult place, and I’ve heard from many people that seeing that chaos, doom, and gloom reflected on the nightly newscast is simply too much to handle. That’s why we started the Good Newsletter in the first place–to remind people that there are many, many people out there striving to make our world and our communities safer, happier, and more beautiful places to be.

What really sets us apart, however, is our readers. Throughout the Good Newsletter’s run, our readers’ generosity has shown just how powerful we can be as a community when we work together. Original Good Newsletter writer Emily Fagan told me she really enjoyed her time on the project, mostly because of the engagement and passion shown by the newsletter’s community of readers.

“Often if I put out a call for people to, for example, bring donations of warm clothes to shelters ahead of [a] cold front, I’d get an email from the shelter coordinator in a few days expressing their surprise and gratitude for the number of donations they received,” Fagan said.

“I’m glad the Good Newsletter was around during some of the toughest parts of the last two years to encourage people to support each other and highlight the great people and movements in our community.”

We thought we should take that approach even wider, and check back in with some of the stories we’ve covered over the past year, and how Good Newsletter readers pulled through for the individuals and organizations involved.

“Everybody has something to say about how much [more] efficient it is. … Not just aesthetically what it looks like, but just the feel and the comfort, and that increase in the capacity,” Botkin said.

The project set a record number of volunteers for HeroWork, with 700 people chipping in to contribute more than 5,000 volunteer hours. Botkin said that’s thanks in part to the Capital Daily coverage.

“Without a doubt, the article that you guys did for us was one of the most thorough, robust and well-drafted articles that was done on us all year,” Botkin said.

“We just all love the attention that you gave us, and then [what] that inevitably brought to our project and what we do in [the] community.”

Next up, HeroWork will be collaborating with Power To Be, a non-profit that focuses on increasing accessibility of the outdoors for people with disabilities, working on renovating the infrastructure at Power To Be’s Prospect Lake property. After that, HeroWork will start a two phase project with St Vincent De Paul, building a commercial kitchen and expanding their daycare facility.

The organization also recently commissioned a study looking at the social and economic impact of renewing charity infrastructure. It shows that the type of work they do has the power to increase and improve services, organizational efficiency, revenue, and reduce building maintenance costs.

All ran smoothly on the Victoria Grandmothers for Africa’s annual cycle from Victoria to Campbell River in early September. According to Lisbie Rae, chair of VG4A’s communications team, they had a very successful fundraising campaign. Though the money is still trickling in, so far they’ve raised $122,302 for the international Grandmothers to Grandmothers campaign, which supports grandmothers in 15 sub-Saharan African countries that have been hit by the AIDS pandemic.

“We raised a phenomenal amount of money this year, and I'm quite sure it was because of the good coverage we got in the media. Your article was just the absolute best,”  Rae said. “Everything you said was heartfelt, and accurate.

“I definitely would say that, as far as our event is concerned, I think the Good Newsletter spread the word of what we were doing further than I think any other articles that we had that year.”

Prior to the pandemic, the cycling event generally raised between $80,000 and $100,000 for the non-profit’s cause. Rae said when the pandemic hit, their fundraising numbers skyrocketed, hitting around $147,000 in 2020. That’s something that’s very heartening to Rae.

“What it does is show the generosity of Victorians and of the whole community,” Rae said. “Even when a person in the community is facing all the restrictions and difficulties of a major pandemic, their generosity will still reach out to others who are less well off.”

Rockslide Studio & Gallery’s winter open studio was a success, according to Rockslide founder Logan Ford. The event brought 900 people to the former office building, and every floor was flooded with visitors taking a peek behind the scenes into the studios of some of Victoria’s best artists.

More than 80 artists call the Rockslide space home. That home (the former BC Power Commission building at 780 Blanshard St.) is a temporary one, but Ford, among others, is hoping the City of Victoria will step up to provide a solution to the affordability crisis that’s pricing artists out of the city. Ford said media coverage is an important piece of the puzzle when it comes to advocating for their space.

“It helps us just build awareness about what we're doing here, and gets people down to the building. Ultimately, what we need is support from the City. So if we can get support from the people that live in the city, it'll be a lot more impactful when we start kind of grilling them for some real help,” Ford said.

On a personal level, Ford said he was moved by the coverage in the Good Newsletter.

“It was really impactful to me, because it was the first time I had really seen my whole story, and my 10 years of struggle just consolidated into a piece of writing,” Ford said.

“It brought a tear to my eye. It really meant a lot to me and, and I know that I've shared it with a lot of people that that also kind of share that feeling,”

David Mackenzie-Kong described an emotional experience as he ran through the night to complete a 100km ultra-marathon, raising money for cancer research in memory of his mother-in-law, who passed away from acute myelogenous leukemia. The race was an experience he said changed his life completely.

“It was just so surreal,” Mackenzie-Kong said. “The love from the community, the running community and support from them, and from friends and family that were there, was just unreal.”

Mackenzie-Kong raised around $22,000 for the BC Cancer Foundation. After the Good News article came out, he said a number of people reached out to him and his wife, Anne, to show their support and offer their condolences on the family’s loss.

“[The story] just made a huge difference. [To] get that information out there and understand what AML, and grief, and grief recovery really is like. Lots of thanks to that,” Mackenzie-Kong said.

“It transformed how I see what I do. And I don't think that that's going to change. … Thank you for connecting us with the community.”

According to Rod Hughes, president of the South Vancouver Island Housing Society, Legion Manor has seen an uptick in applications to the building’s waitlist since receiving media coverage. Hughes wrote an op-ed in the Times Colonist, which inspired Capital Daily to reach out to him and find out more about the amazing, and important service that Legion Manor provides.

Since the pandemic had such a devastating impact on seniors’ homes and long-term care facilities, Hughes said people were hesitant to apply to live at Legion Manor. That’s since changed.

“I think that those sorts of good news stories have been part of the lifting of the veil, the COVID curtain, that was down there for a while,” Hughes said.

Hughes is also a believer in the power that good news has to uplift our communities.

“There's an awful lot of negativity, and an awful lot of articles pointing out problems and issues. And I guess that sells papers. But, you know, a large part of our community's well-being is having a positive attitude, and going forward, and not being down on ourselves,” Hughes said.

“Positivity doesn’t hurt. So I thank you for that.”

Though the Good Newsletter has undoubtedly touched the hearts and lives of many, its funding model is in peril. That’s why we’re asking our readers: if you care about good news, would you consider donating a small amount of money each week to keep it going? We need 500 people to pledge just $1/week for a year to keep the good news rolling. If these stories have touched you, let us know.

Regardless of whether or not you’re able to give, I’d like to thank every one of our readers from the bottom of my heart. You are the reason that the Good Newsletter has made such a profound community impact in the past two years. Thank you for supporting our work, reading our stories, and engaging with our community.

By filling out the form above, you agree to receive emails from Capital Daily. You can unsubscribe at any time.
Emily Vance
,
EMAIL:
TWITTER:
goodnews@capitaldaily.ca