August 11, 2022
Get the news and events in Victoria, in your inbox every morning.
Thank you! Your submission has been received!
Oops! Something went wrong while submitting the form. 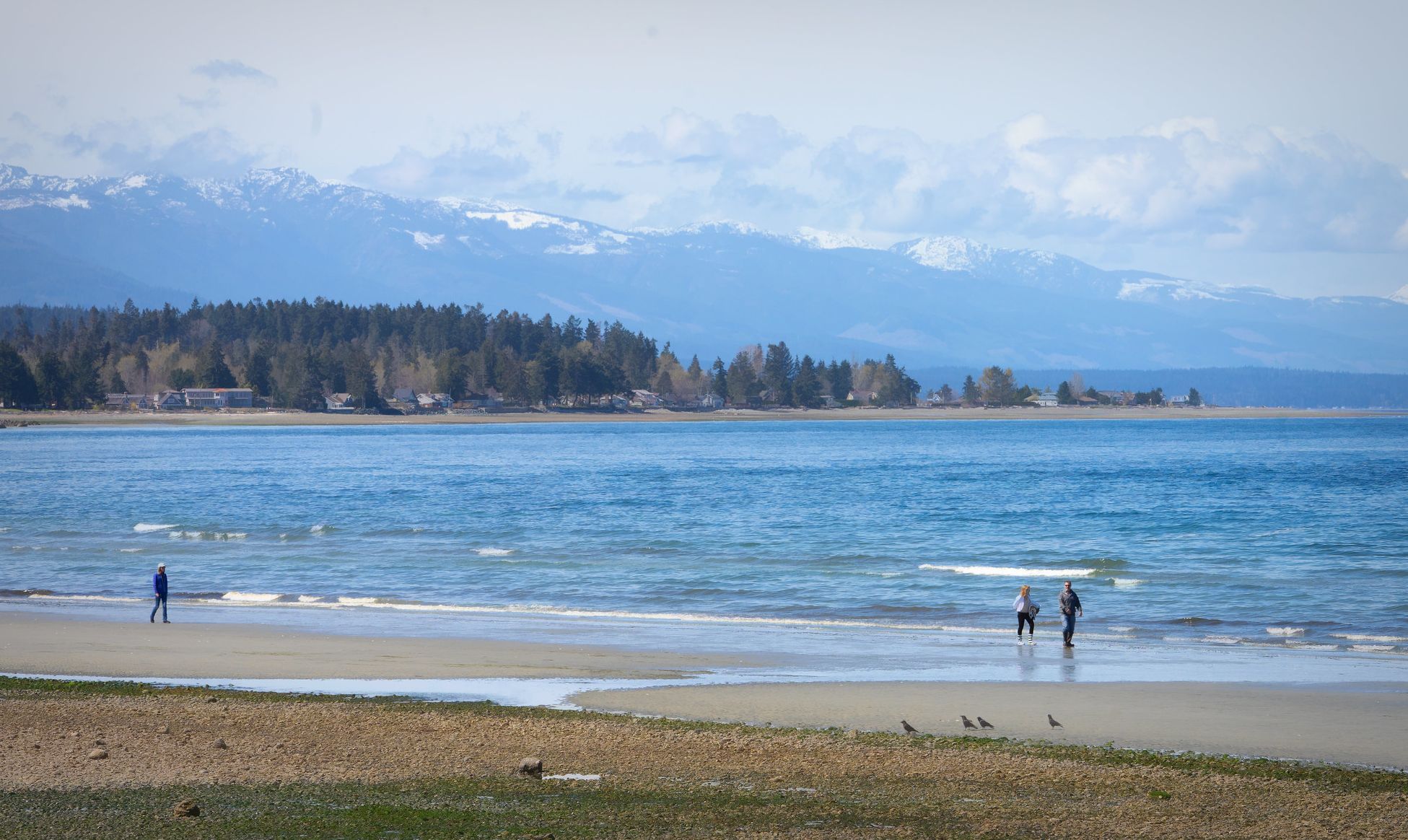 The discussion of a zoning bylaw among an Island resort town’s council on Wednesday morning was unusual—not just for its timing, but for the language councillors used to talk about it.

The development in question: a 6.4-acre parcel of land on the eastern border of Qualicum Beach’s Estate Properties. It’s been at the centre of two lawsuits brought on by its developers. Earlier this week, a judge sided against them in one of the suits.

The developers were suing members of an environmental group for defamation. Their claim was dismissed by a judge on Monday.

But on Wednesday, Town Council voted to approve a rezoning change that would allow the development to proceed.

The discussion at the council meeting indicated how much the rezoning application has been influenced by the lawsuit—a totally separate process that, nominally at least, had no bearing on the decision council was making—and the environmental protests prior to it.

“If folks hadn’t been toxic, I might have swayed my vote on this because there are really strong reasons to vote against it,” Coun. Scott Harrison told his colleagues.

Coun. Robert Filmer expressed his own frustration at the ongoing saga. “When you start playing games, whether it's legal or illegal—it doesn’t matter… it's absolutely going to muddy the waters.”

Drive along the Old Island Highway from Parksville into Qualicum Beach, and you’ll pass Estate Properties on your right: a series of long, wooded lots that flank the highway and run in columns, seigneurial-style, to the edge of the Pacific Ocean. The land is home to Douglas fir, blue herons, bald eagles, and—as ecosystems go—is exceedingly rare: it falls within one of the last few Coastal Douglas-fir Biogeoclimatic Zone (CDF) forests of BC. Ninety-eight percent of ecological communities within the CDF are deemed “at risk.”

Rick and Linda Todsen of Todsen Design & Construction Ltd. own 16.4 acres of that land with a business partner. They live on five acres of the land and have plans to redevelop a 6.4-acre parcel that borders Eaglecrest Drive. The zoning currently permits two existing single-family dwellings per parcel (four in total). The Todsens plan to subdivide the lot into 16 parcels. Those lots would be turned into 14 single-family homes, 10 secondary and garden suites, and two sets of duplexes.

That requires an amendment to Qualicum Beach’s Official Community Plan—an issue the Todsens say is no big deal.

“It is a legitimate and normal application process that occurs in every municipality all the time,” Linda told the Parksville Qualicum Beach News. “OCPs are living documents that provide guidance but are not intended to be a set of rules that must be strictly adhered to. If this was so, there would not be an amendment process available.”

(Capital Daily reached out to the Todsens for comment. “We are not providing comments at this time, as the matter is still with our lawyers,” Linda replied, adding they would share their story “at a more appropriate time.”)

The Todsens’ development plans haven’t been wholly supported by the town. In 2019, a Qualicum Beach staff memorandum written by planner Rebecca Augustyn recommended against the proposal, noting it “does not meet any of the housing needs that are specifically identified” by town planners and “would be inconsistent within the town’s longstanding commitment to comprehensive planning.”

Morse has not been especially popular with the Todsens—nor, he feels, with a contingent of Qualicum Beach’s Town Council.

“One of the mayor’s closest supporters compared me to a terrorist,” he told Capital Daily.

That’s because, in a town of 9,300, the 41-year-old software developer has rallied against the development and raised questions about the possible influence of campaign donations on council decisions—two acts he feels put him, in effect, “at the top of the local extremists list.”

Elections BC records show Rick Todsen donated $180 to Mayor Wiese’s campaign in 2018. (Todsen’s name is misspelled in the record, but he has said the contribution was his.)

Linda told Oceanside News in 2021 that they didn’t know the mayor and only supported his campaign because of his platform.

“We are just the last people who would do something like that, and council are not the type of people to accept bribery,” she said.

The Todsens filed a libel claim against Morse and the Qualicum Nature Preservation Society last May. They also filed a separate suit against Deborah McKinley, who runs the Concerned Citizens of Qualicum Beach Facebook page.

They alleged that Morse had defamed them and their business and painted them as “liars” perpetrating “a sham rezoning application.” They further claimed that Morse’s remarks had caused them “loss, damage, and expense,” and sought unspecified punitive damages.

Morse’s lawyer, Chris Tollefson, argued the claims were an example of a strategic lawsuit against public participation (SLAPP) and should be dismissed on the grounds that Morse was engaging in debate on matters within the public interest.

Under BC’s Protection of Public Participation Act, introduced in 2019, when a plaintiff sues a defendant who’s legally expressing themselves on matters of public interest, the onus falls on the person bringing the lawsuit to convince the court their case has merit.

“This isn’t just an issue about freedom of expression or protecting our democracy,” Tollefson told The Narwhal. “This legislation is an attempt to ensure that the courts’ time and resources are not wasted by cases being dragged out that really don’t belong in the courts.”

The judge, Justice Jan Brongers, sided in favour of Morse on Monday, Aug. 8.

“One thing I can say is the sun’s brighter and the air feels better. Music sounds better,” Morse told Capital Daily.

“This dismissal application was an important test for BC’s anti-SLAPP law. Justice Brongers’ decision should reassure the public that our courts will safeguard their rights to democratic expression on matters of public interest as long as they are exercised in an honest and responsible manner,” Tollefson said in a statement.

The lawsuit against McKinley is still pending.

Qualicum Beach council voted in favour of amending the OCP to permit the rezoning, turning down a motion to send the development back to staff for more review.

That didn’t sit well with Coun. Anne Skipsey, who argued that the Todsens’ lawsuits had loomed over the previous public hearing and affected debate.

“We’re in uncharted territory here,” she said. “No other local government has been in this position where we are considering a public hearing that took place during what the judge [described as] ‘a type of SLAPP proceeding’ … and I think we need to know what the legal consequences are, prior to taking this vote.

“We have a duty in this room to ensure and protect the democratic process and free speech, and there were submissions at the public hearing from people who said they did not feel comfortable coming and participating,” she added.

Coun. Teunis Westbroek sided with Skipsey, but the two were outvoted by Harrison, Filmer, and Wiese, who called the rezoning approval “a no-brainer.”