December 7, 2022
Get the news and events in Victoria, in your inbox every morning.
Thank you! Your submission has been received!
Oops! Something went wrong while submitting the form. 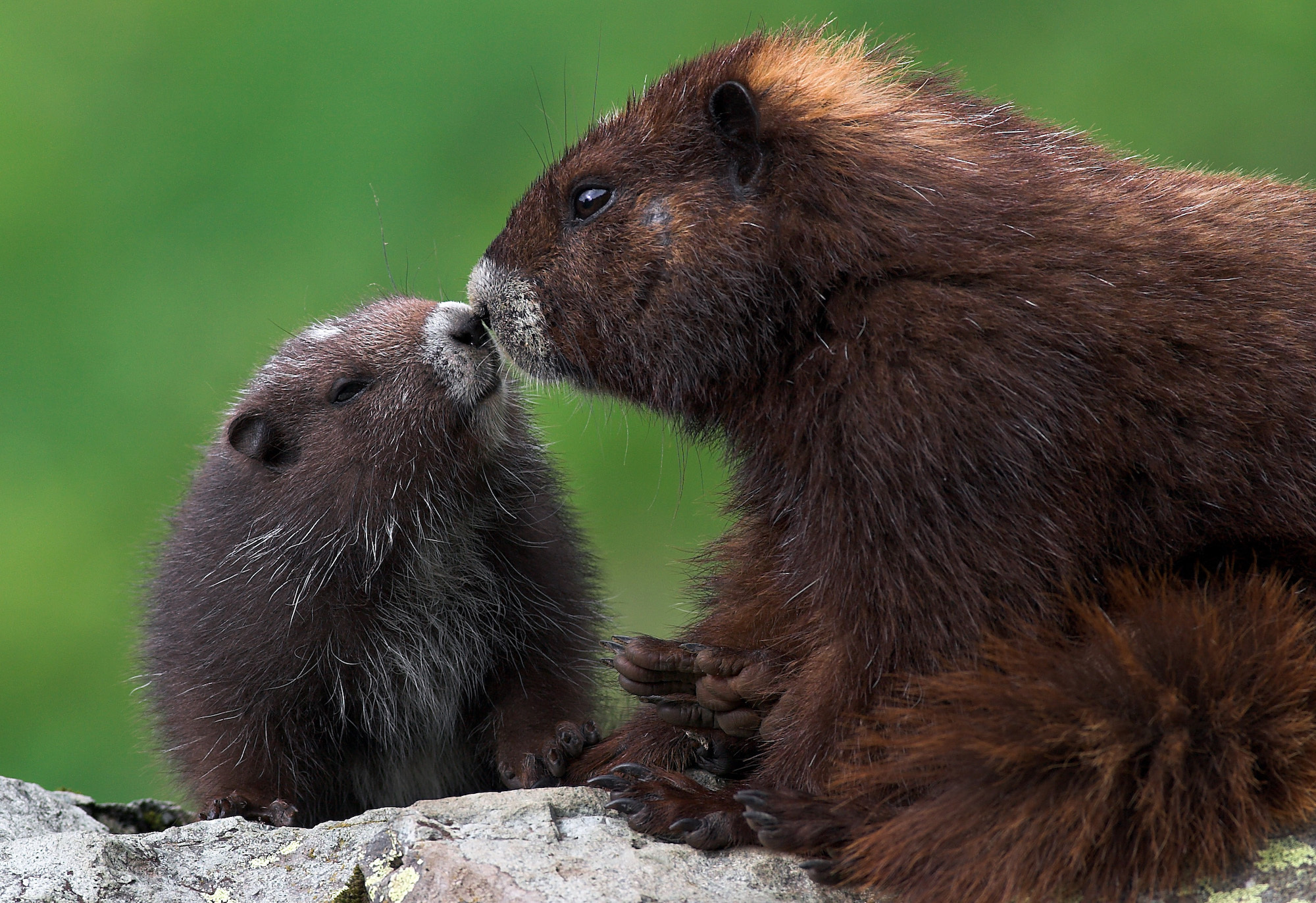 When Vancouver Island marmots greet one another, they often do it with a nose boop.

This nose-touching behaviour, which is common during pair-bonding or parental check-ins, is just one of many endearing qualities of an Island critter that has been perilously close to extinction for decades. The alpine ground squirrel was recently listed among 873 critically imperiled Canadian species by the Canadian Endangered Species Conservation Council—and one of the two listed species that lives only in Canada.

That new listing came as no surprise to Adam Taylor, executive director of the Marmot Recovery Foundation. In 2003, it was estimated that there were between 26 and 30 Vancouver Island marmots remaining in the wild, he said. Today, there are believed to be about 200, but the species is hardly out of the woods.

Despite the alarm bells implied by the listing, however, BC still has no dedicated species at risk legislation that would protect the marmots’ habitat, something the NDP promised to enact during the 2017 election. The government currently lists a patchwork of “species at risk related legislation” on its website, but a 2021 report from the Wilderness Committee slammed the lack of dedicated legislation.

Right now, most of the Island marmots are fast asleep, hibernating two to four metres below ground as the first rounds of snow hit higher altitudes, and staying in their burrows until late April or May.

That seven-month hibernation period may have prevented people from realizing the population was shrinking, Taylor speculates—a decline that likely began in the ‘50s and ‘60s.

“During the ‘80s, and later on during the ‘90s in particular…hikers [and] naturalist clubs that were spending some time in these ecosystems, really started to say, ‘We're really not seeing marmots in these meadows where we used to see them all the time,’” he said. “And the reality, even then, was people were really slow to react to that information.”

As one of four marmot species across BC, the Vancouver Island marmot, unsurprisingly, can be found only on the Island, and though their high-elevation, subalpine habitats are rarely threatened directly by humans, human behaviour is still believed to be a driving force behind the species’ steep population decline from the mid-20th century to its lowest point in the early 2000s.

High-elevation cut blocks in areas like Strathcona Park left behind confusing landscapes that looked similar to the marmots’ desired alpine habitat. They burrowed in these areas and died as trees began to re-grow, Taylor said. Logging roads also provided a convenient access route for predators, such as wolves or cougars, who may otherwise have avoided ascending mountainous terrain and found more convenient and accessible prey.

Finally, eastern cottontail rabbits were introduced to the Island in 1964, and became a popular prey for golden eagles, which are also happy to snack on marmots.

“Golden eagles used to be what we call a ‘vagrant species,’” Taylor said. “They'd show up on Vancouver Island from time to time, but there were no records of them nesting on the Island or spending any significant amount of time here.

“With the introduction of cottontail rabbits, that's suddenly a year-round food source for golden eagles,” he said. “And they are a mammal-eating bird.”

Climate change is a factor too. Decreasing snow packs mean less moisture for the meadows the marmots call home, lowering the quality of the plants they depend on to put on weight for the long winter hibernation.

The impact of these predators and habitat shifts was twofold due to the marmots’ breeding habits. The large alpine squirrels live in colonies of 30 to 40, and youngsters leave the pack to find potential mates among other colonies to avoid the negative health impacts of in-breeding.

But as other colonies became harder to find, remaining marmots had no mating opportunities, though in the early 2000s a 10-marmot colony was discovered on Mount Washington showing signs of in-breeding, such as eye issues and fur loss, both of which can threaten a marmot’s survival.

It’s a combination of recovery work like captive breeding and habitat restoration that brought the Island marmot back from the brink of extinction, Taylor said. In July, the Calgary Zoo announced that five Vancouver Island marmot pups had been born at its conservation centre in De Winton. The pups were the latest of 131 to be born through a translocation program the Calgary Zoo joined in 1997.

The Toronto Zoo and Mt. Washington Marmot Recovery Centre are also part of the efforts to save wild populations.

The wildlings themselves have a role to play too—a 2021 article from Capital Daily’s Jimmy Thomson in Discover Magazine covered a program that has wild marmots teaching those raised in captivity how to, well, marmot. The program has captive-born marmots introduced to existing wild colonies where they can learn how to roam, respond to predators and dig burrows.

Combined, the efforts have been fruitful, showing it may actually be possible to revive the Vancouver Island marmot.

“We’ve gone from 26 to somewhere in the neighbourhood of 250 marmots in the wild,” Taylor said. “That’s pretty special for me to see and I think that it’s hopeful.”

Aside from the inherent value of native species, Taylor said conservation is important to avoid any downstream impacts of species loss. The natural world is deeply interconnected; for example, marmot burrows are often later used by other species to escape the elements.

Losing marmots could have knock-on effects throughout fragile mountain ecosystems.

But the blunt truth, Taylor said, is that if the intensive conservation efforts stopped now, the Vancouver Island marmot population would plunge quickly.

“It's not a sustainable species in the wild,” he said. “We have a huge amount of work ahead of us. I’ve been talking about the marmot, but I hope people understand how many other species are entering into the same situation the marmot was in. It’s disturbing.”

We aren’t helpless though, he concludes.