Man denies he is the Island missing person his fingerprints identify him as
Business
News
Based on facts either observed and verified firsthand by the reporter, or reported and verified from knowledgeable sources.

August 24, 2021
Get the news and events in Victoria, in your inbox every morning.
Thank you! Your submission has been received!
Oops! Something went wrong while submitting the form. 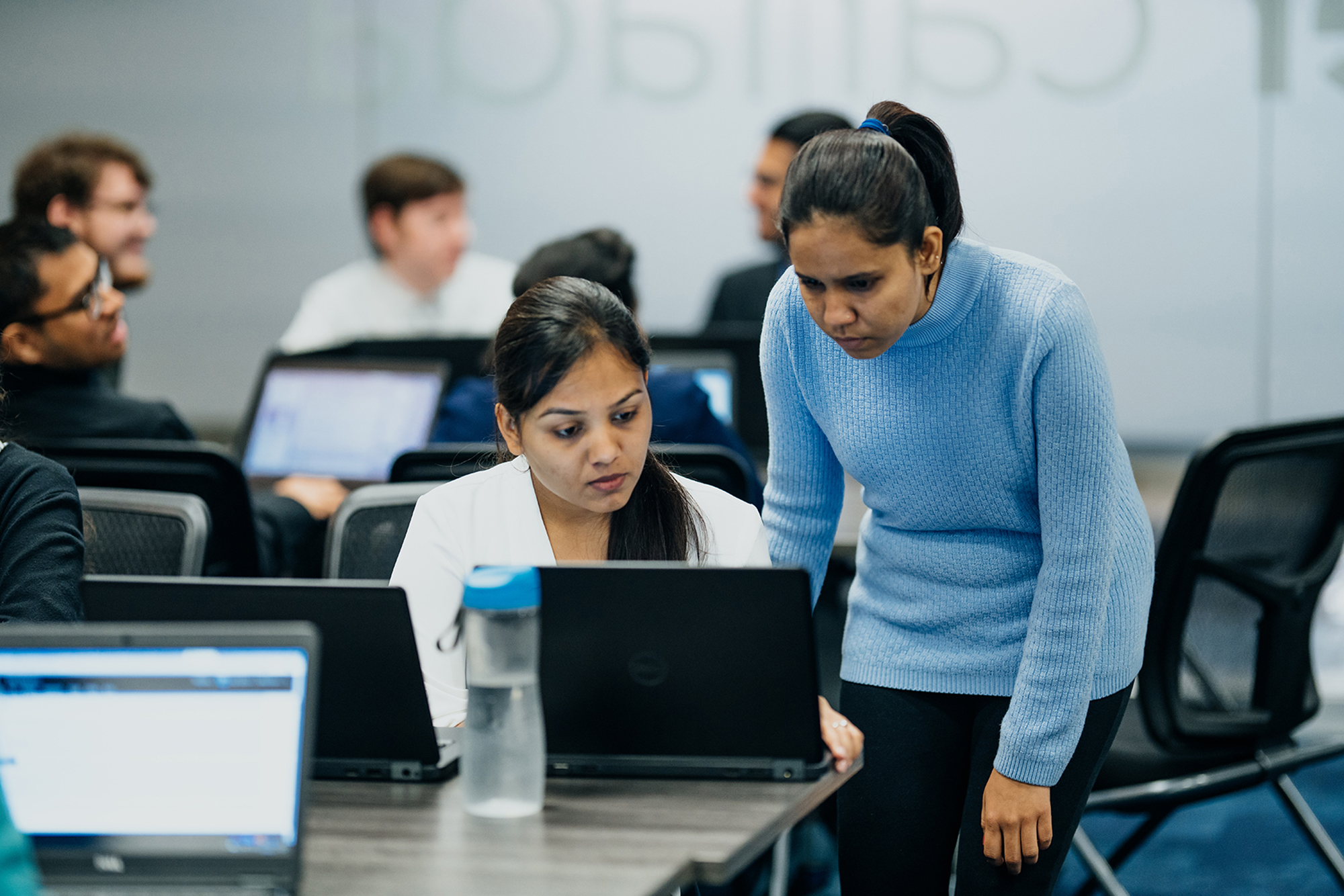 Leul Abebe had always been interested in working in the tech sector. The Calgary resident immigrated from Ethiopia in 2000 and has been working odd jobs in various industries since then.

He was able to teach himself some programming languages, but without a formal university degree, certification, or experience, he kept being denied interviews at tech companies. Then he saw an advertisement on LinkedIn for a free program that offered just what he needed—a program that is about to launch here in Victoria.

For about five years, NPower Canada has been working to provide underprivileged, diverse youth across Canada with no-cost opportunities to acquire certifications needed to break into the burgeoning tech sector.

“The thing that caught my eye specifically was [that] you didn't need any formal education in tech,” Abebe said. “They help you not only meet with employers, but also help you get certification.”

So far, NPower Canada has launched training courses in the Greater Toronto Area, Calgary, and Halifax. This September will be the first time these programs are offered in BC.

The organization is currently accepting applications from youth aged 17 to 30 years old in Victoria and Vancouver for two 15-week courses: Junior IT Analyst and Junior Data Analyst. The former requires zero prior IT knowledge and leads to Google certification, while the latter requires some intermediate skills and ends in Microsoft certification.

Michael Cowan, national director of program operations at NPower, says the main requirements that applicants need to meet in order to qualify for these courses are based on their age and ability to work in Canada. Applicants must be between age 17 and 30, and have a valid work permit or be a Canadian citizen or have permanent residency.

“That's because employment is the end of the game,” Cowan said. “We have a lot of newcomers and refugees that apply and we do require that they have a work permit before they start the program so we can get them into those jobs. We actually start preparing them for job interviews and organizing job interviews for them around week five of the 15 week program.”

Applicants must also have a high school diploma or GED, be unemployed, underemployed, or facing financial hardship, be proficient in English, and have a strong motivation to learn and work.

These courses are entirely free and those who do not have a computer or internet access are provided with a loaner laptop for the duration of the program and mailed a data USB stick to make sure they are able to access the internet.

Having successfully launched these programs in other parts of the country—95% of graduates have earned at least one industry certification and 80% are either employed in the tech sector or are enrolled in a post-secondary education program—the organization set their sights on Vancouver and Victoria for various reasons.

Primarily, Cowan says, high youth unemployment levels and a booming tech sector in this region led NPower to offer their certification programs in this region.

A report released by the BCCDC last month shows just how much the pandemic has impacted young people in the province: it found that “unemployment rates among 18 to 29 year olds tripled during the first pandemic wave to the highest levels ever recorded in British Columbia’s history.”

And while a VIATEC survey showed Greater Victoria’s tech sector fared well throughout the pandemic and is expected to keep growing, an audit report last year found that BC produces fewer tech undergraduate degrees per capita compared to Ontario.

The presence of tech companies in Victoria is not insignificant. According to Vancouver Island Technology Park, Victoria boasts over 900 technology companies, contributes $2.65 billion in annual economic impact, and employs over 12,600 people, with plans to keep growing.

At the moment, NPower plans to launch in Victoria and Vancouver in order to take advantage of the booming tech sector in these larger cities.

“We will be opening up to the rest of the province in the early winter/spring,” Cowan said. “The reason we're not doing that yet is because it's all about employment, and we want to make sure that people who are getting jobs don't have to commute more than an hour or an hour and a half from their home to work because we find that's a barrier to employment and we're all about reducing barriers to employment.”

The organization partners with various companies, both local and national, to provide employment opportunities to their graduates. In BC, these companies include Microsoft, Shopify, TD Bank, Telus, Rogers, Loblaw, and more.

The two courses launching in Victoria and Vancouver this September will have room for 60 students each and run for 15 weeks, with a two-week break in between.

For Abebe, the application process was seamless. Within an hour of applying to the Junior IT Analyst program, he received an email from NPower Canada to set up an interview.

“It was an amazing interview with somebody who had gone through the exact same process that I had,” Abebe said. “He had also struggled getting into the industry and answered every single question that I had—and I had a lot of them. We had a really long chat.”

From there, Abebe and other members of his cohort went through the program through Zoom, using Coursera for course materials and resources.

Although the courses themselves run for 15 weeks, Abebe was able to finish in nine after an introduction to his future employer led to a job offer.

“We had an instructor to work with us outside of the regular scheduled time so that we could make faster progress, so that when we did start working, we didn't also have to worry about having exams to study for,” Abebe said.

These supports are what Abebe credits for his current position at Long View Systems, which he landed during his training.

According to Cowan, 2,500 graduates, or about 80% of NPower alumni, have landed similar jobs at tech companies. Of those, 89% are from racialized communities, 38% are new Canadians, and 13% self identify as a person with a disability—all marginalized groups that have been disproportionately impacted by the pandemic.

In order to provide these opportunities to those who need it most, NPower spends a lot of time connecting with organizations that represent marginalized communities to make sure young people in those communities are aware these courses exist.

Cowan says the organization has reached out to several First Nations and Indigenous organizations in BC, along with groups that represent BIPOC, LGBTQ2S+ people, immigrants and refugees, and people with disabilities.

One of the best ways to reach and communicate with young people, he says, is through social media.

“We have a pretty strong social media platform on LinkedIn, Instagram, Facebook, [and] Snapchat, as do a lot of those other organizations I mentioned,” Cowan said. “That's the way of communicating now, particularly because we've moved into a more digital world.”

NPower also works with these partner organizations to create presentations specifically for young people in order to get them involved.

The organization receives financing from multiple sources. In BC, they get funding from the provincial government as well as the federal government through the Youth Employment and Skills Strategy. Other major sources of funding include Google, Microsoft, the RBC Foundation, and Canada's Digital Technology Supercluster.

While NPower as an organization hopes to reach primarily underprivileged, marginalized youth through this program, Abebe believes any young person who has had a hard time breaking into the tech sector should apply.

“Whether it be like me who is an immigrant [who has] been in Canada for a while but [is] still struggling to get into that industry… or [like] some of the people in my cohort that have only been in Canada for about two or three months and they have degrees [in engineering] but they're struggling to get anybody to recognize their certifications... it’s a broad scope of people,” he said.