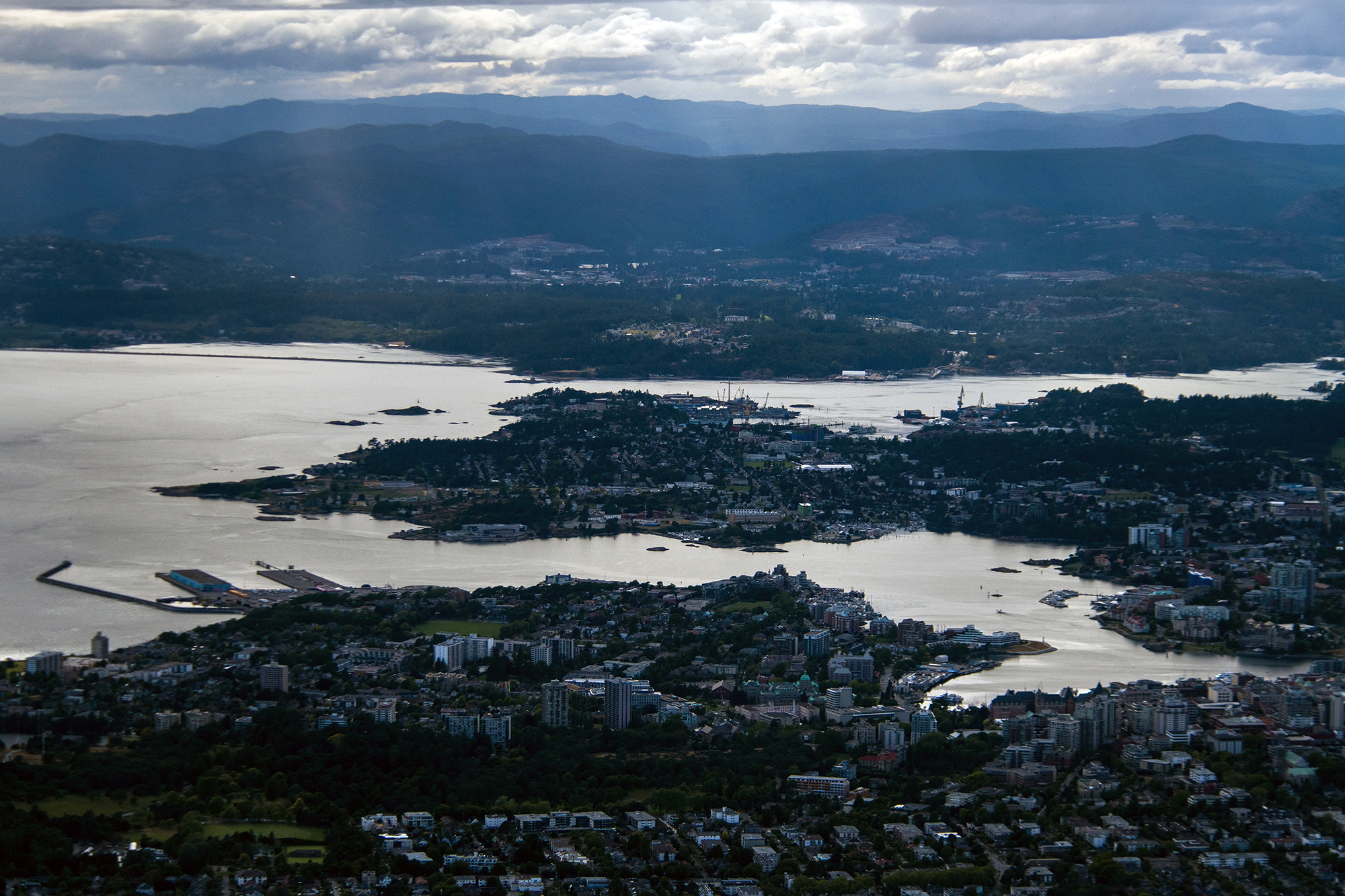 A new report released by the Canadian Centre for Policy Alternatives (CCPA) Tuesday found that economic recovery and employment gains after the first two waves of the COVID-19 pandemic have not been as robust as governments initially suggested.

In particular, the report—titled “Inequality, Employment and COVID-19”—found that while the broader picture showed BC jobs bouncing back at a steady pace, underlying data reveals the pandemic has, and continues to, disproportionately impact women, racialized people, and new immigrants the most.

“I think the real story is there's deep inequalities in our labour market that have become worse during the pandemic, and it's low-wage [workers], racialized [people], Indigenous [Peoples], immigrants, [and] women workers who are doing poorly.”

Further, the report found that the economic recession caused by the pandemic has been greater and more unequal than others, meaning some have prospered over the past year while others struggled to make ends meet.

The findings in this report contradict some of the positive messaging from the provincial government about a strong economic rebound predicted for this year and the next.

“I am encouraged to hear the economic forecasts signal our government is on the right path and poised to seize the opportunities that recovery will offer, but we also need to be realistic about the long road ahead,” said BC’s finance minister, Selina Robinson, at the time. “Our priority will continue to be responding to the needs of people, businesses, and communities, during the pandemic response and into recovery.”

But without implementing widespread, intersectional labour reforms, Ivanova’s report finds that economic recovery will continue to be uneven.

Who was impacted and how?

The report, which looks at available Statistics Canada data up to February 2021, found that in the first two months of the pandemic, more than a third of the potential labour force in both BC and Canada wanted to work but was either unable to find jobs or were working less than half their usual hours.

The proportion increased to nearly 50% of all low-wage workers who couldn’t find a job or had their hours cut in half. This disparity is also unique to the COVID-19 pandemic.

“That was not true of higher-wage workers,” Ivanova said. “Usually in a recession, the gap between those groups is much smaller. Usually everyone kind of takes the hit more or less at the same time.”

But looking at other indicators, like the number of hours worked and the availability of jobs in some sectors, means job recovery has been less robust than the headlines would suggest.

Moreover, those groups tend to occupy more lower level, part-time, and temporary positions within these industries, compared to their white, male counterparts. These jobs, Ivanova says, are usually the first to be cut in times of economic hardship.

Women, and particularly racialized women, are overrepresented in front-line caregiving jobs that could not be done from home, like health care, early childhood education, and child care. While this meant a degree of job protection, it also put women at higher risk of contracting COVID-19.

“The women who worked in those jobs tended to keep them, but women also disproportionately worked in accommodation and food services... personal services like hairdressing, and all these other services that actually couldn't operate during the pandemic,” Ivanova said.

“Men are overrepresented, [on the] flipside, in sectors that didn't experience a lot of disruption, like a lot of the goods producing sectors like manufacturing or utilities. In fact, some of them experienced growth during the pandemic, and they tend to disproportionately employ more men.”

Racialized workers also reported facing the highest levels of financial insecurity, both in BC and across Canada. About a third of racialized households said they found it difficult to meet basic financial needs, compared to a fifth of households overall.

Indigenous Peoples’ experiences fall somewhere between racialized groups and white people, Ivanova says. “They generally have much higher levels of financial insecurity than white people but slightly lower than the racialized households.”

Nearly half of all recent immigrants—those who became permanent residents of Canada less than 10 years ago—who were working in BC in February 2020 lost their jobs or the majority of their hours by April 2020, compared to 25% of non-immigrants and 29% of established immigrants.

Meanwhile, many middle class and upper middle class households came out of the pandemic with more savings—as a result of being able to work from home without losing money and cutting down on entertainment, travel, and commuting costs—and more wealth.

“The reality is that people who had wealth in terms of financial investment in the stock market or real estate, well, they did really well, because both real estate prices and stock market valuations have really risen over the pandemic,” Ivanova said.

Zooming in on Victoria

For Williams, the fact that immigration numbers took a hit during the pandemic signals a slower economic recovery for Victoria, given that many people who worked in businesses like those in the hospitality sector have left the industry altogether.

“They just didn't know when they were going to go back, so they went into something else,” Williams said. “The numbers would have been more robust had we had immigration, because having not had any immigration for a year and a half, we're behind. That was kind of our number one source of workforce, quite honestly.”

One issue that the chamber has been advocating for since before the pandemic is getting the provincial governments to recognize the credentials of immigrants who come to work in BC.

“You need to say that if you're going to be allowing a woman who is an electrical engineer from Nigeria, to come to this country, she should arrive fully accredited so she can get to work,” Williams said. “We've had trades and jobs, labour shortage here for a long time, and immigration is one of the key ways to bring people here.”

He also notes that in Victoria, there is an opportunity to revitalize the economy by investing in diversification. One way to create jobs here would be to ramp up the agricultural sector, as 90% of food on Vancouver Island is imported, he says.

At an immediate, local level, the Chamber of Commerce, along with the South Island Prosperity Partnership and the Greater Victoria Harbour Authority, is working on creating opportunities to support Indigenous-owned businesses.

“[For] any Indigenous business that's not a chamber member, we're giving them free membership to join us so they can start that important networking and business-to-business contacts that they should be doing,” Williams said.

The chamber is also creating a task force to get input from Indigenous businesses to find out how the GVCC can help them grow. Several groups are also coming together to create an Indigenous business directory, for better access to these enterprises.

“[We want to] do the right thing and help them take advantage of the economy that, frankly, has been built over the last 150 years at the expense of the First Nations because we took their land, we took their culture, we took their kids,” Williams said.

How to bridge the gaps

Ivanova’s report includes a list of recommendations that, if implemented, could result in a more equitable post-pandemic division of labour and financial stability in BC’s workforce.

These recommendations hinge on a host of labour market and other economic reforms including increased access to paid sick leave and vacation time, pay transparency in work places, closing the gap between minimum wage and living wage, increasing income assistance rates, raising investments and funding in the care economy, scaling up investments in affordable housing, and more.

“It's really important that as we're funding, for example, an expansion in child care, or we're trying to fix some of the problems that we see now in long-term care, senior care, that we make sure that all the jobs that are created in the process are good, family-supporting jobs, because they will be jobs for women, for racialized workers, immigrant workers,” Ivanova said.

The CCPA focuses on research and is not currently a registered lobbying group. This means that these recommendations are not presented directly to governments.

They are, however, put forward during public consultations, including budget input discussions—at the moment, the province is seeking public input while drawing up Budget 2022.

Once the CCPA’s recommendations are presented at these consultations, Ivanova hopes they will be taken into consideration.

“If you ask the government, they will tell you that we've almost recovered all the jobs we've lost, right? That's true when you look at the aggregate,” said Ivanova.

“However, the recovery has not been even, and even though we have so [many] more generous income support programs for the unemployed than during normal times—with the CERB [and] the [BC Recovery Benefit] we have so many people who normally wouldn't qualify for unemployment benefits now qualifying for these—despite that, you still have such high levels of financial insecurity.”

Marginalized groups reeling from unequal financial impacts of COVID-19 restrictions in BC: report
How safe is BC’s safe restart plan for Vancouver Island?
UPDATED: What the leaked COVID-19 report tells us about Vancouver Island
‘We may have averted disaster’: Island COVID-19 cases decline but healthcare staff feeling the pressure
BC must vaccinate under 17s to reach herd immunity: SFU report
‘Everything changed’: Victoria teachers, parents anxious about rising COVID-19 exposures in schools 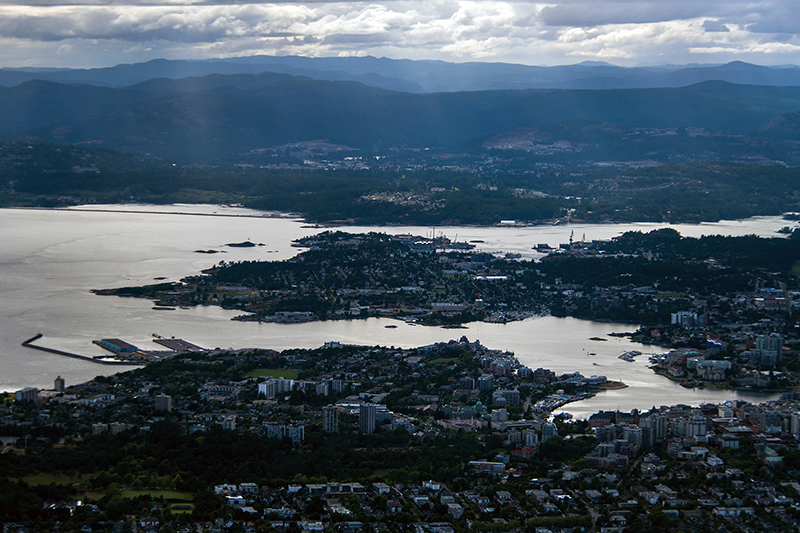 UPDATED: What the leaked COVID-19 report tells us about Vancouver Island
Data transparency has been top-of-mind for independent researchers, who say even after the report was leaked they have no access to raw data
Have a tip?
Use our confidential inbox