One of the centuries-old trees at Avatar Grove, a stand of old growth marvels just outside Port Renfrew (Ancient Forest Alliance)

Capital Daily is part of the Trust Project
latestCOVID
TransportationBusiness
HousingGood News
One of the centuries-old trees at Avatar Grove, a stand of old growth marvels just outside Port Renfrew (Ancient Forest Alliance)

July 1, 2020
Get the news and events in Victoria, in your inbox every morning.
Thank you! Your submission has been received!
Oops! Something went wrong while submitting the form. 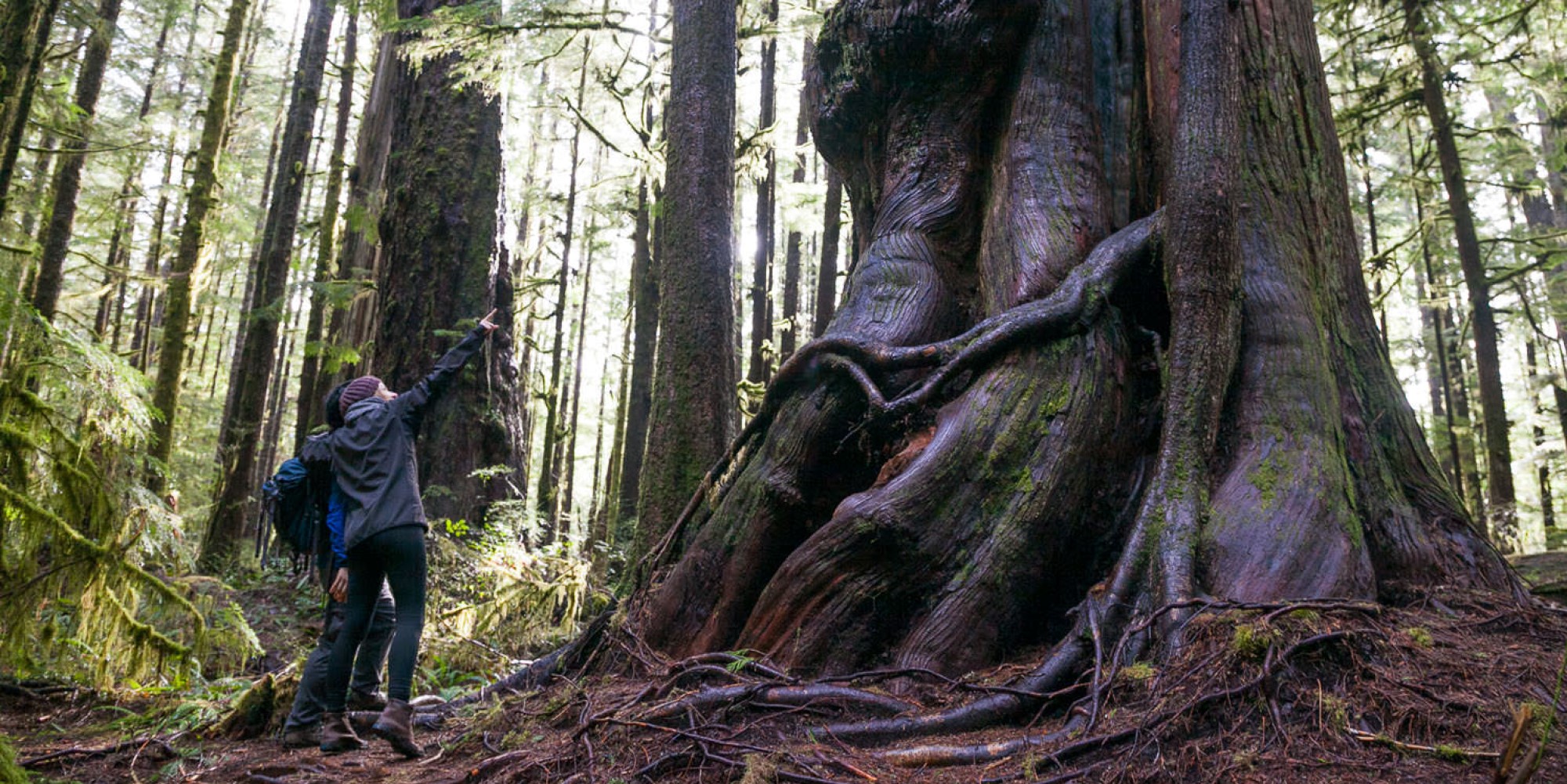 One of the centuries-old trees at Avatar Grove, a stand of old growth marvels just outside Port Renfrew (Ancient Forest Alliance)

While the world is in the midst of unprecedented shutdown in travel and tourism, you have the good fortune to live in one of the most scenic corners of the globe. The US border remains closed and BC Ferries continues to run a limited schedule to the mainland . So, we here at The Capital have compiled a list of our favourite little-known Vancouver Island gems to give you a chance to sightsee in your own backyard.

NOTE: COVID-19 remains a threat to Vancouver Island. Please practice physical distancing, wear a mask when appropriate and respect all community and First Nations requests for outsiders to stay away.

Did we miss a Vancouver Island gem? Email us at contact@capnews.ca

The hiking trail outside Tofino which leads to a crashed PBY Canso is currently closed, but the Vancouver Island forests conceal another Second World War-era crash site. In 1944, a Lockheed Ventura coastal patrol plane became disoriented and crashed into Mount Bolduc. It’s much more difficult to access this crash site than the Tofino bomber, and all six of the Ventura’s crew were killed in the crash, so be sure to treat it with appropriate solemnity.

Cross one of the world’s most impressive wooden trestles

During a normal summer, Kinsol Trestle would be crawling with engineering enthusiasts from as far away as Asia and Europe. But for the next few months you’ll have it all to yourself. Kinsol is much more than your average historic trestle: It’s one of the tallest wooden trestles in the world, one of the only ones to feature a pronounced curve and is fresh off a top-to-bottom restoration.

Retrace the streets of one of the Island’s lost communities

One hundred years ago Cumberland, BC was one of the most dynamic and multicultural communities in Western Canada. It featured a substantial Japanese-Canadian community, a thriving black district and a Chinatown that once played host to Sun Yat-sen, the founder of modern China. It’s the kind of historical BC community that would be neck-deep in day-trippers nowadays, but after these communities emptied out in the mid-20th century due to internment and economic decline, Cumberland’s rod and gun club shot up the vacated buildings before burning them down. Still, you can tour a park tracing where they used to be.

Pay your respects to a culture that predates the pyramids

A series of recent archaeological discoveries have confirmed that Coastal BC has hosted human settlement longer than almost any other known corner of the Western Hemisphere. Just two years ago,14,000-year-old human footsteps found on an island north of Port Hardy were confirmed as the oldest on the continent. And while you can’t visit those, Victoria is dotted with burial cairns that date back centuries. Or, you can tour one of three Vancouver Island sites featuring Indigenous rock carvings known as petroglyphs.

Vancouver Island tree tourists typically make their first stop at Cathedral Grove, the small patch of big trees preserved by Macmillan Bloedel after they had finished cutting down all the surrounding trees. Avatar Grove, an equally impressive stand of old growth trees located just outside Port Renfrew, has slightly different origins: It was popularized by environmentalists seeking to protect the area from scheduled logging.

See the bullet that inflamed the early Canadian labour movement

The Cumberland Museum has just reopened, meaning you can once again see the bullet that killed activist Ginger Goodwin in 1918, profoundly affecting the early 20th century Canadian labour movement. An organizer in several bitter Cumberland-area coal miner’s strikes, by 1918 Goodwin had moved into the woods to evade being drafted for the First World War. His very suspicious July, 1918 shooting at the hands of a special constable sparked a general strike in Vancouver; the first in Canadian history.

See where Robert Service lived as a shiftless nobody

Whether we like it or not, the Cremation of Sam McGee is one of the most famous Canadian poems ever written. And just before its creator moved to the Yukon Territory, he spent several years as an aimless Duncan store clerk. Service dismissed his Cowichan Valley residency as “wasted time,” but you can walk in his footsteps and cheer that he wrote all his campy poems about somewhere else.

Admire the site of one of history’s biggest explosions

Sometimes humanity sets out to solve a problem using nothing but explosives and succeeds wonderfully. Such is the saga of Ripple Rock, an underwater mountain near Campbell River that had a troubling penchant to tear apart the hulls of passing ships. So, engineers tunnelled into Ripple Rock, packed it with dynamite and on April 5, 1958 they blew it straight to hell with one of history’s most powerful non-nuclear explosions. You can now see the very safe marine passage the explosion left behind.

‍
Visit one of the world’s loneliest Douglas Firs

“Lonely Doug”, located down a particularly treacherous road outside Port Renfrew, is said to be Canada’s second-tallest Douglas fir and could be as much as 1,000 years old. But this particular specimen comes with a twist: It stands alone in a clearcut field that was once peppered with its now-centuries-old fir brethren.

Gaze upon a relic of the Coal Age

It may be hard to remember amidst all the Teslas and solar panels, but much of modern Vancouver Island was built on the back of King Coal. And these weren’t just any coal mines, they were among the most dangerous in the British Empire. Coal dust no longer permeates Vancouver Island communities, but you can still see some impressive coal mining infrastructure preserved outside Nanaimo at Morden Colliery Historic Provincial Park.

Walk the spooky ruins of a luxury resort

The Deertrail Resort, located in Sooke Potholes Provincial Park, was to have been the grandest resort in the region, complete with the world’s largest fireplace. Instead, its builders ran out of money midway through construction and it exists as a series of imposing stone testaments to man’s hubris.

Marvel at the knife that killed Captain Cook

Another entry in the category of famous death totems held on Vancouver Island. On the bottom shelf of a display case right next to the Royal BC Museum’s recreation of Captain George Vancouver’s HMS Discovery is a dagger purported to have killed Captain James Cook in Hawaii in 1779. There are doubts about the dagger’s authenticity, but its claim is as good as any other knife’s.

Vancouver’s Capilano Suspension Bridge typically gets all the attention, but the bridge at Elk Falls Provincial Park outside Campbell River is not only one of the highest in Canada, but it comes without the exorbitant Capilano admission fees.
NOTE: It’s a bit hard to socially distance on a pedestrian suspension bridge, so while Elk Falls is open the bridge closed for the time being.

By filling out the form above, you agree to receive emails from Capital Daily. You can unsubscribe at any time.
Capital Daily Staff
,
EMAIL:
TWITTER:
tristin@capnews.ca

The Attractions, Parks, Galleries, Gardens and Museums That Are Back Open in Greater Victoria

A Victorian’s guide to hiking the West Coast Trail
Time for a staycation: Our guide to Vancouver Island’s hidden gems

A Victorian’s guide to hiking the West Coast Trail 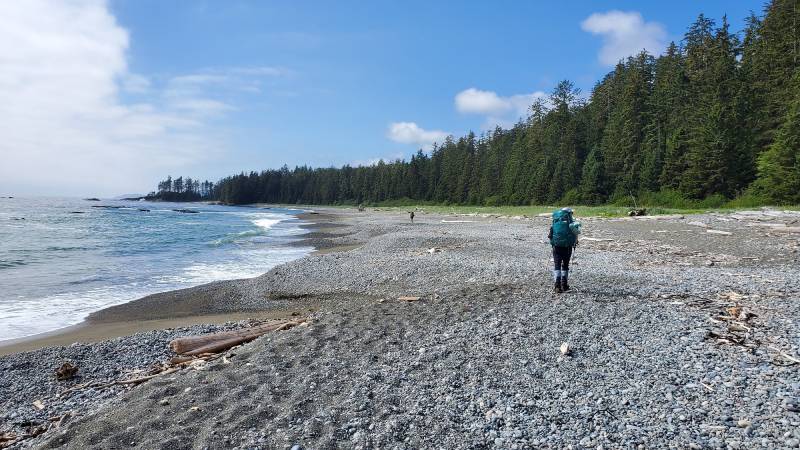 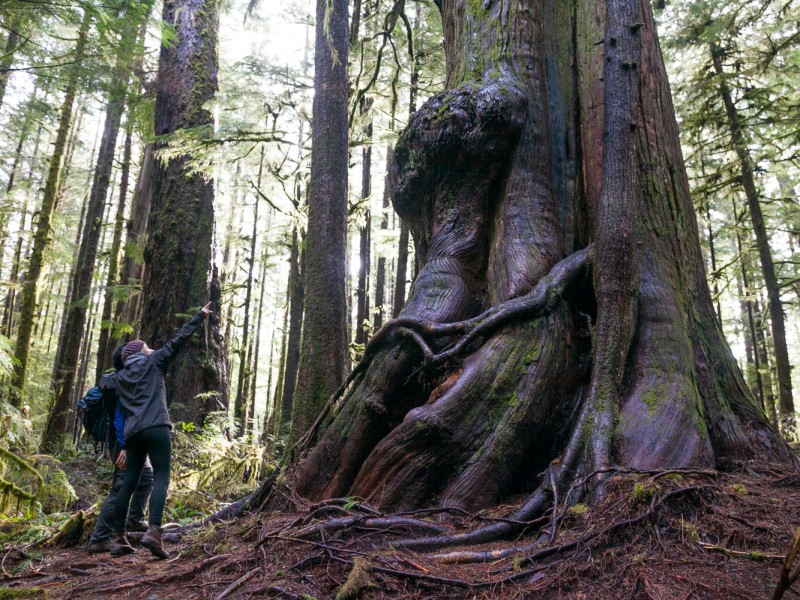