Man denies he is the Island missing person his fingerprints identify him as
Food
News
Based on facts either observed and verified firsthand by the reporter, or reported and verified from knowledgeable sources.

August 11, 2022
Get the news and events in Victoria, in your inbox every morning.
Thank you! Your submission has been received!
Oops! Something went wrong while submitting the form. 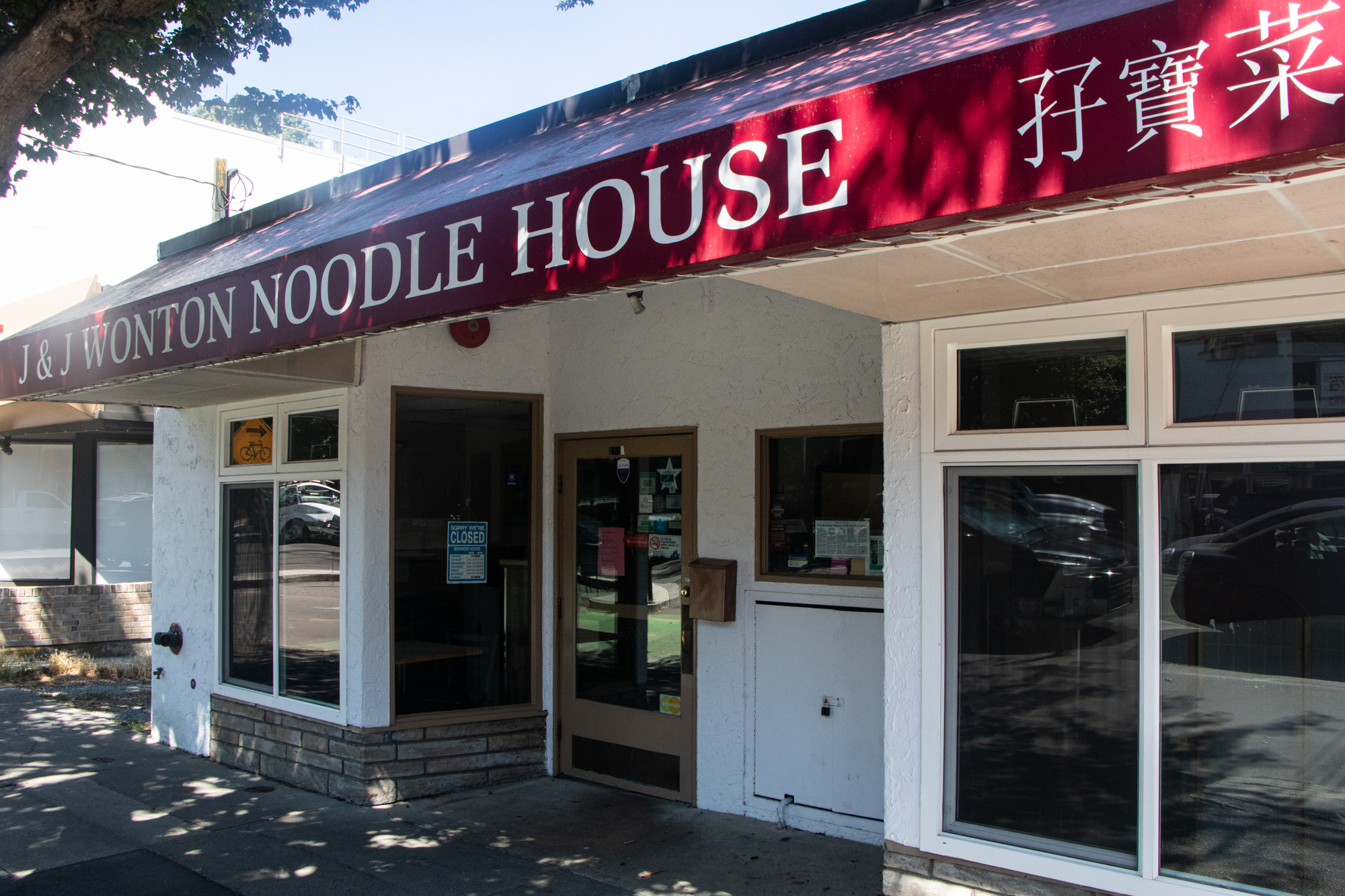 When the pandemic hit, Agrius owner Cliff Leir needed a delivery service to bring his food to customers across the city, but he wanted to partner with a local delivery company, not an international one.

He signed up with a new company, Tutti, which has a similar business model to DoorDash and SkiptheDishes—delivering food, without a kitchen of its own—but based in Victoria.

The business’s ethic seemed like a match for Leir.

“Everything we use—from ingredients to anything–we are very local-focused,” he told Capital Daily.

But over time, he says the payments he was owed from sales through Tutti grew later and later.

“Over the last six months, they were getting further and further behind on paying us and not getting statements,” he told Capital Daily. “So we couldn't even tell how far we were behind.”

He’s not the only one. Restaurants and former employees are now publicly—and in court—alleging unpaid bills that add up to hundreds of thousands of dollars.

The claim has not yet been proven in court, but a judge issued an interim order that forces Tutti’s parent company to pay the majority of what J&J claims up front, to be held by the court in case the restaurant is successful.

The claim filed by J&J Wonton Noodle House lays out a schedule of payments that Tutti allegedly made and missed. In early 2021, payments were coming on time and in the amounts owed. But by November, they stopped entirely. Bills began piling up, according to the restaurant: $15,202; $21,887, $20,336. By June, the missed payments catalogued by the restaurant had amounted to more than $220,000.

“Kavl has knowingly put J&J’s solvency and business at risk by effectively destroying an entire revenue stream and causing J&J to incur substantial food and production costs that realized little or no profit for months all while Kavl enjoyed the use and benefit of J&J’s funds,” the notice of civil claim concludes. The restaurant's owner, Jasmine Sun, did not immediately respond to a request for comment sent through her lawyer.

The judge’s garnishing order requires that Kavl pay the court $197,120 “at once.”

Capital Daily has reached out to Kavl Technology via email and phone, and went to both listed Victoria office addresses on Fort Street. Since leaving a message Wednesday night, Kavl Technology’s phone responds automatically to say the office is closed.

We also reached out to the CEO of Kavl Technology, Kaisa Aierken, via Facebook and by phone. We have not received a response from him either. According to the restaurant’s notice of claim, his last known address is in Vancouver. We reached out to a Lower Mainland aviation company that lists him as an employee, and spoke to someone who refused to confirm that he worked there.

The person later provided a phone number that led to a voicemail inbox with Aierken's name. Voicemail and text messages were not returned.

Avi Lugassy, co-owner of Soupa Cafe, said he couldn’t even remember the last time he was paid by Tutti.

“[It] must have been well over 10 months since we got any payment at all,” he said in an email.

Autumn Maxwell, the owner of Cold Comfort Ice Cream, complained on the Victoria Hospitality Industry Facebook group that Tutti owes her more than $4,000.

“They're still collecting money from restaurants,” she told Capital Daily.

Maxwell reports the same thing as Leir: she hasn’t been paid in months, and Tutti has stopped responding to her emails and calls.

“A few weeks ago, I noticed a cheque came in the mail, which was unusual because they normally would pay us directly into our bank accounts," she said. "We received a cheque for over $2,000 ... and then I noticed the cheque bounced. We kept emailing them and then they just stopped responding. So that's where we are now.”

Dozens of people commented on Maxwell’s post, including Sarah Hu, who said she worked there as a driver from 2016 to 2019.

Hu said she began working for Tutti when they were called Island Life. Island Life was focused on serving the Chinese community. Once the business rebranded, Hu said it started owing money to Chinese restaurants and drivers, including her.

“They were always late paying,” she told Capital Daily. “I was delivering with my boyfriend at the time and we were owed about $2,000.”

When Hu threatened to go to the media, she said Tutti paid her the money they owed her.

At its launch, Tutti was appealing to local businesses since the service focused on partnering exclusively with local restaurants and charging them a lower commission rate of between 8% to 15%, whereas the industry standard is between 25% to 35%.

According to its website, in just over four years, Tutti has expanded to Nanaimo, Kelowna, Kamloops, Chilliwack, Maple Ridge, and Squamish. Tutti launched its delivery service in downtown Vancouver last October, and now its Vancouver office is located on West Pender Street.

During the pandemic lockdowns, Tutti was the partner chosen by the Downtown Victoria Business Association to deliver food for free (paid for by the business group) to local customers.

It was branded as a solution for local businesses. Now Maxwell, of Cold Comfort, just wants to see the app gone.

—With files from Jimmy Thomson 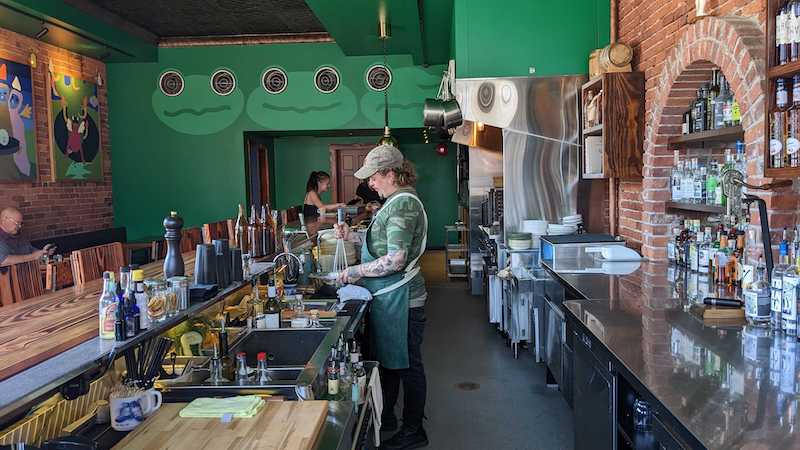 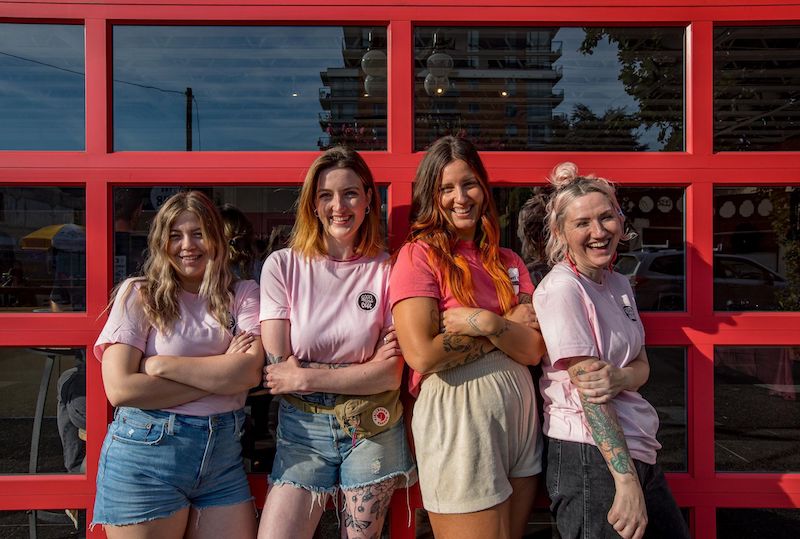 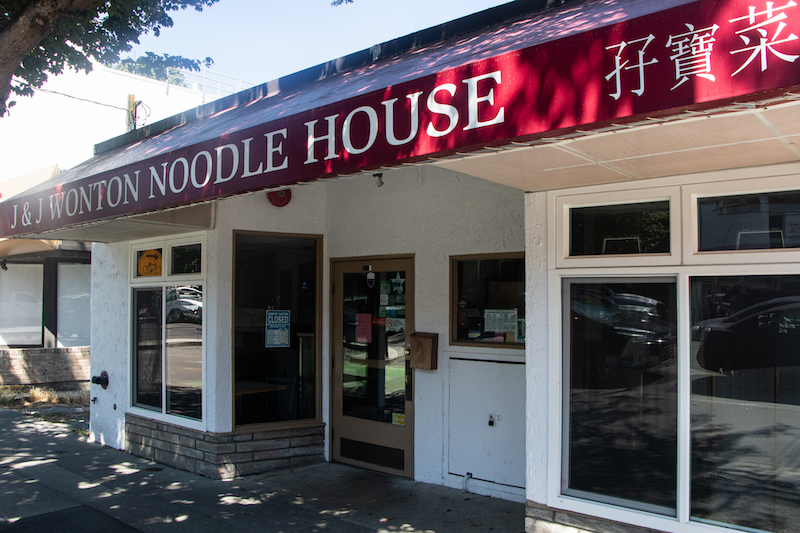 Businesses and former employees allege local delivery service is skipping the bill
Tutti was branded as a local alternative, but several prominent Victoria restaurants say they're owed thousands of dollars