Fisheries minister renews BC salmon farming licences, maintains phase-out plans
Housing
News
Based on facts either observed and verified firsthand by the reporter, or reported and verified from knowledgeable sources.

December 22, 2021
Get the news and events in Victoria, in your inbox every morning.
Thank you! Your submission has been received!
Oops! Something went wrong while submitting the form. 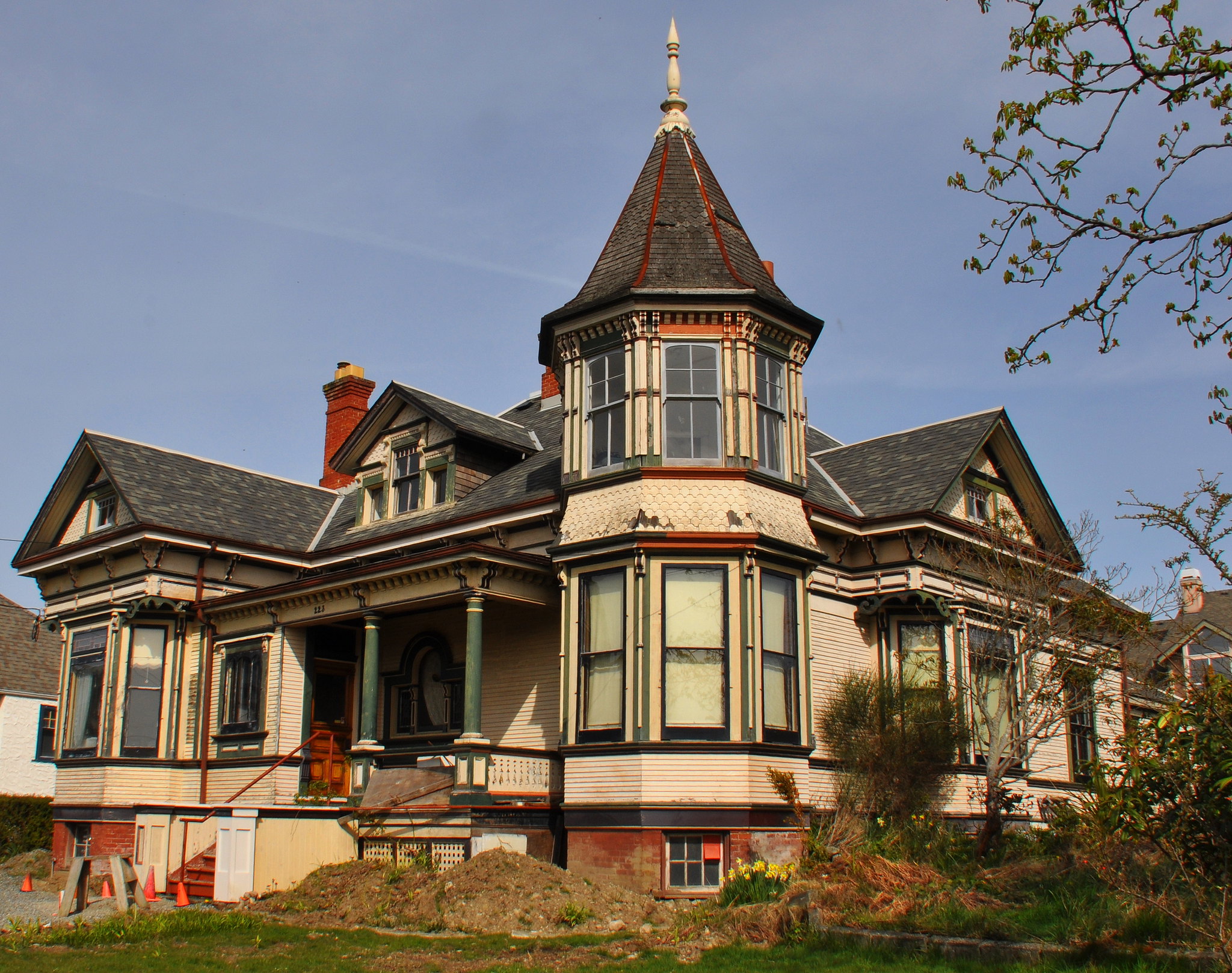 Built in 1903, the one-and-a-half storey house on a deep lot half a block from the Songhees Walkway has survived fire damage and was nearly set for demolition before Lee bought it in 1976.

“People thought I was crazy [for] buying something in Vic West, because it was considered ‘the other side of the bridge,’” says Lee, a Prince George-raised accountant.

“When I first moved in, there was a leak in the roof. It was essentially a rooming house. The owner was a development company in Vancouver, and their plan was to tear the house down.”

Instead, Victoria’s city council intervened and designated the Queen Anne-style home as a heritage property in 1974. Lee took ownership two years later and has been restoring it ever since.

It is a difficult house to miss. A tall hedge runs the length of the sidewalk on Robert Street. There are three chimneys. A copper ceiling adorns the front entranceway. An octagonal tower, like a vision from Rapunzel, looks out at the West Bay of the Inner Harbour.

“I used to see the [SS Princess] Marguerite [ferry] go by every day,” Lee says.

Only now, the view is gone. A set of townhouses went up next door, obstructing the view.

That’s the kind of development Lee hopes to prevent on Robert Street in the future, nominating the dozen-odd remaining single-family homes on the small block as a heritage conservation area—the first-ever citizen-led effort in the city’s history to seek the designation. But first, he will need to convince the city council that his block is worth preserving for its historic value.

Detractors of Lee’s effort will decry the proposal as NIMBY-ism: designating fourteen homes, built between the early 1900s and 1950s, as heritage properties—which would limit the scope of any future redevelopment. Renovations and new builds would require a heritage alteration permit, which city staff would review to ensure consistency with the neighbourhood’s character. Additions, per the draft guidelines, would need to be “minimally visible above the ridgeline of the roof,” and horizontal in scale, not vertical.

Four of the Robert Street homes date back to the turn of the century. The remainder are Second World War-era homes, mostly bungalows, built from the late 1930s to early 1940s.

Most neighbours agree with Lee’s efforts. Of 16 surveys the city mailed to nearby residents in 2018, nine supported the heritage designation. Three opposed it. Four didn’t respond.

But as Victoria looks to densify in the face of an affordability crisis, some housing advocates have concerns for what streetwide heritage designations efforts like this could mean for who can—and can’t—afford to stay in the city in the future.

Leo Spalteholz has watched Victoria’s housing prices soar for the past decade. A housing market analyst and realtor, he was midway through a master’s degree at the University of Victoria in 2010 when he and his partner began looking for a house of their own to buy.

“We're thinking, you know, is this overpriced? Is this a bubble? And my background is engineering. So I just dove into the data analysis… Looking back now, it seems a little ridiculous, given how much more expensive the prices are now,” he laughs.

Now the co-founder of Homes for Living, a citizen-led advocacy group seeking to make Victoria more affordable for renters and first-time homeowners, he has a particular interest in efforts like Lee’s—and what they mean for creating space for all. With the average price of a single-family home reaching $1.3 million in Victoria, and the average rent of a one-bedroom apartment falling just shy of $1,700 per month, Spalteholz fears that heritage designations, if applied too broadly, could end up preventing the kind of new lower-cost high-density units he says Victoria desperately needs.

The application to the city to preserve Robert Street includes a section describing how many of those homes would have been financed at the time: the Dominion Housing Act of 1938, a federal loan program that allowed would-be buyers to borrow up to 80% of the cost of a home, to a maximum of $4,000, at 5% interest.

Those houses, in today’s dollars, would have cost around $72,000. A house currently for sale on that street is listed for $1.8 million.

The future scenario Spalteholz fears for Victoria is already unfolding in California.

In August 2021, legislators passed two new bills aimed at expediting the kind of “missing middle housing” that city planners (and advocates like Spalteholz) have long advocated for: townhomes, duplexes, triplexes, low-rise, and mid-rise apartment buildings, which fill the gap between single-detached houses and high-rise apartment towers. It is the same type of housing Victoria mayor Lisa Helps has espoused as a part of the city’s affordability solution: the kind of units that open the door to first-time homeowners who can’t afford a million-dollar price tag.

Statewide, California lawmakers rezoned single-family home neighbourhoods to permit up to four housing units on a single lot. Only they kept one area exempt from change: heritage districts.

“So now we're starting to see efforts in cities like Pasadena or San Diego to actually designate entire neighbourhoods as historic districts to prevent development. And I think that's where it starts to become problematic—where now we're weaponizing heritage to keep other people out, essentially,” Spalteholz says.

He fears the same could happen in Victoria, if city council goes ahead with its plan to rezone large swaths of the city from single-family homes to permit denser forms of development.

“Some people think more density is some kind of harm that we have to mitigate against. And I completely disagree with that. The way we build some of these walkable, 15-minute neighborhoods is with density,” he adds.

But Spalteholz isn’t opposed to heritage housing entirely—”I think everybody agrees that it's part of what makes Victoria a nice place to live,” he says.

Nor, as anyone who has walked along Rockland or through James Bay can attest, does heritage housing necessarily exclude more units from being built—either through carriage homes or subdividing larger mansions into separate units.

“More housing supply certainly doesn't mean demolishing all the heritage properties we have here. In fact, many of our heritage homes that we have right now are actually multi-unit rentals; you know, they've been divided over the years. I certainly lived in some as a student, where these grand old mansions are now housing four or five, six different people,” Spalteholz says.

The same is true of Robert Street, where a few heritage houses are already home to multiple rental units.

Victoria councillor Geoff Young, unlike Spalteholz, isn’t worried about an influx of citizen-led applications for heritage conservation areas. A board member for the Capital Region Housing Corporation, and part of the Capital Regional District’s Planning and Protective Services Committee, he knows well the challenges Victoria faces as it continues to grow.

“Having a heritage house is no easy thing. And the people who have them and look after them are quite passionate about them and put a lot of work and effort into them. [I don’t] think this is going to be an obvious response from people who simply don't want their neighbourhood to change,” he says.

Nor does he worry that heritage housing limits density.

“We already allow carriage houses, we allow expansions of buildings to the rear in a way that won't affect the way the building presents to the street. So although there will certainly be some restrictions on the new buildings, there is still the ability to provide new housing…And in many ways, it's being provided in a more humane way, in the sense that it doesn't involve kicking out all the current tenants,” he adds.

The story isn’t finished for Robert Street and Lee’s push for a heritage conservation area. It will need to go before a public hearing in early 2022 before the city council decides whether to go ahead with the designation.

“I’m not against providing housing… [it’s] just [about] doing something that’s in scale,” Lee says.

Spalteholz, for his part, feels there’s room for both heritage conservation and an affordable city.

“I think everybody agrees that [historic homes are] part of what makes Victoria a nice place to live… [but] we really have to be careful. Let's make sure that heritage designation is used for its intended purpose, which is to preserve heritage, not to prevent change,” he says.

'Your home is not your castle': buyers face the unforeseen consequences of condo living
This Victoria family is facing eviction. Here are their options.
Opinion: Victoria's fleeing families are a product of our housing decisions
Langford’s growth, mapped
The ‘Velvet Prison’: Victoria’s racialized communities call attention to housing inequities
Real estate crowd investment comes to the CRD

'Your home is not your castle': buyers face the unforeseen consequences of condo living 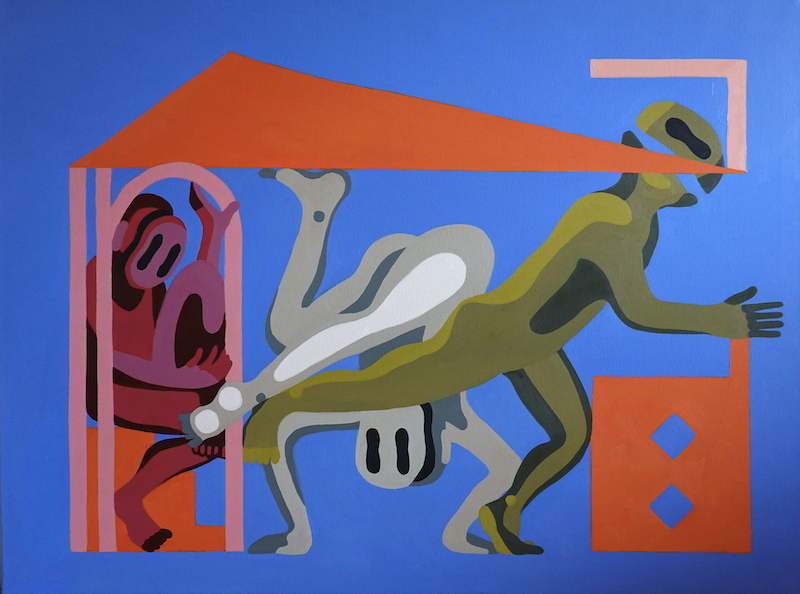 If you’re buying a condo or townhouse in BC, it’s probably a strata. But, from fistfights and fines to a fence that divided a community, stratas have been marked by stories of disappointment and rage 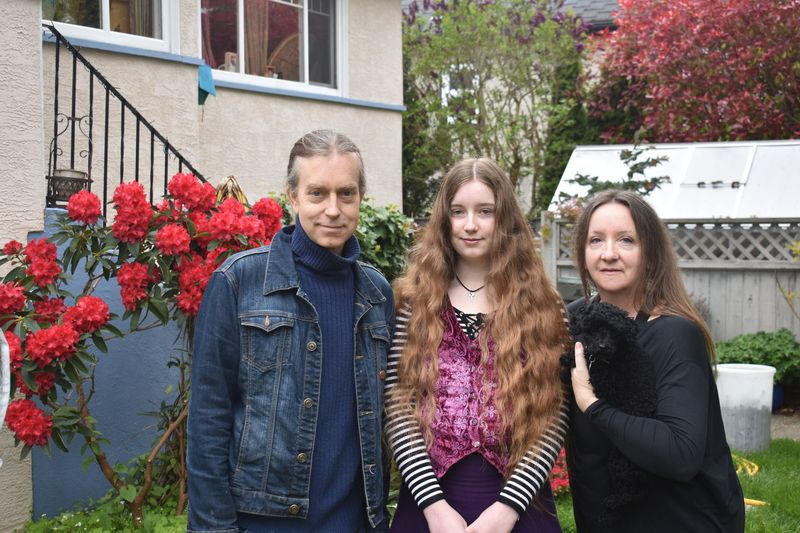 This Victoria family is facing eviction. Here are their options.
From Residential Tenancy Branch disputes to co-operative housing hurdles 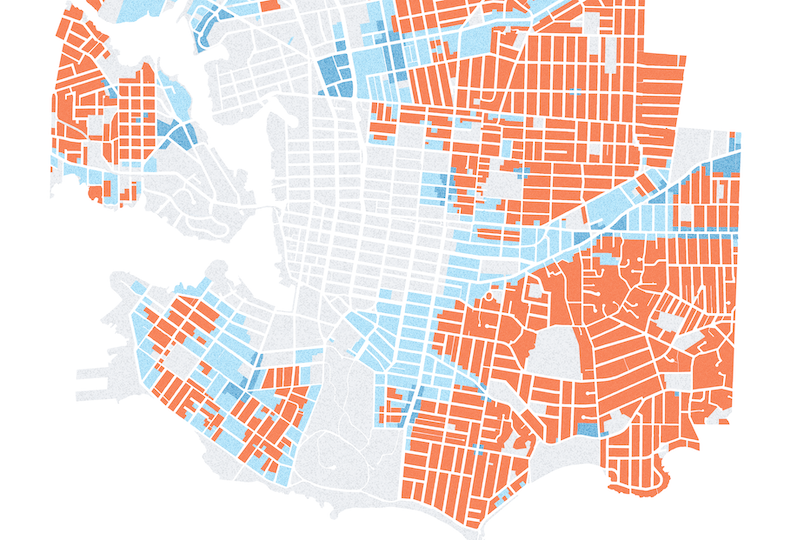 Opinion: Victoria's fleeing families are a product of our housing decisions
New statistics show the ratio of kids added per unit of housing—and it seems what we're building is not what families want