January 17, 2023
Get the news and events in Victoria, in your inbox every morning.
Thank you! Your submission has been received!
Oops! Something went wrong while submitting the form. 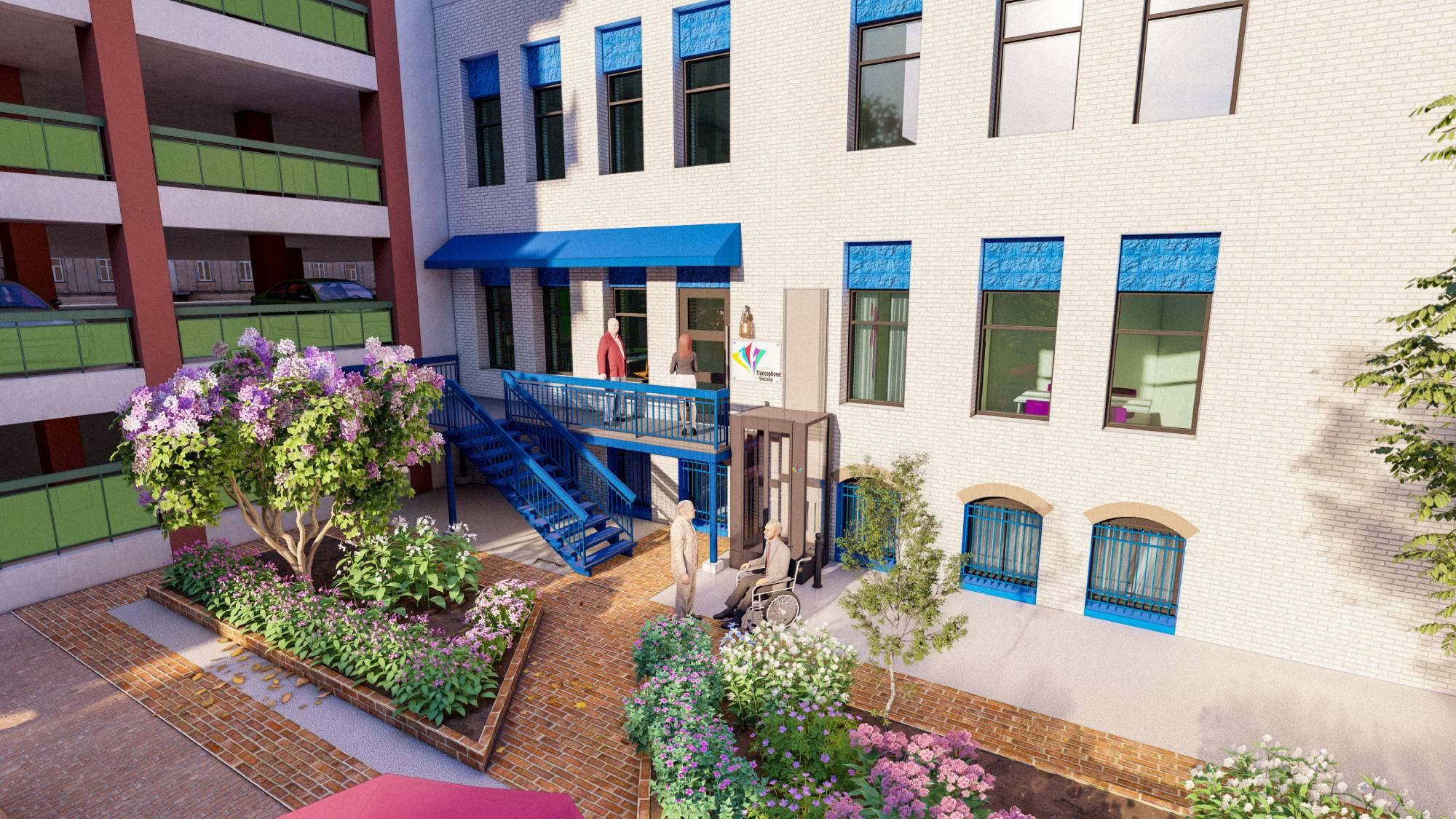 The Victoria Francophone Society has been trying to find a permanent location for years, and the opportunity might finally be here—as long as they get the funding. For that, the society is turning to the community.

The Francophone Society, dedicated to French language, arts, and culture, has been renting a space at 1218 Langley St. since 2017. And now, the society has the opportunity to buy the building they’re in and turn it into a true community centre.

The long-awaited building purchase comes with a $2.8 million caveat. While the non-profit is applying for government grants to help secure the space, it is hoping to fundraise $200,000 from the public to cover what is left of the down payment.

This is the sixth location the society has been in since the ‘80s, as rising rent costs pushed the non-profit from home to home—and they’re eager not to move again.

“You are a non-profit organization and you just take what you can afford, and then the rent goes up, you cannot afford it anymore, you have to move,” said Pauline Gobeil, the society’s former executive director. “Forever it has been like this and now we can think about owning our own place. It makes a big difference.”

Every time it has moved, the society has lost some members and has had to figure out how to make the new space work with their various programs and events. “People don’t always follow and that is a cost in itself,” Gobeil said.

But finding a permanent space has meant securing government funding. In the time it takes for the funding to come in, buildings have long been sold—in a tight real estate market, landlords typically aren’t willing to wait six to eight months for a non-profit when other buyers are ready immediately.

“Securing a space in downtown Victoria just allows us to make sure that we’ll be able to continue to offer and expand opportunities for French people or French-speaking people to get together and utilize it as a platform for our French speaking artists,” said Casey Edmunds, the society’s current executive director.

The non-profit has been in existence since 1941, and while Victoria is known as the most British city in Canada, Edmunds says there is a big and vibrant French community here too.

“I think sometimes we forget that here in BC, and especially in Victoria, because people are like, ‘Well it’s British Columbia, why should we be speaking French?’” Edmunds said. “Our members are not just white people from Quebec or from France. We have people of colour, we have seniors, we have newcomers, refugees, and they are all a part of our community that are dealing with [being part of] a linguistic minority.”

Gobeil adds that the non-profit has been a place for her children to maintain their French heritage in an otherwise English-dominated city. As bilingual speakers, she worries her children will lose their French if they don’t have opportunities to use it.

“I was born in Quebec and my francophonie is so deep in me that I don’t ever question it. But my kids were born here. So for them being Francophone is completely different than for my own definition,” she said. “They were born in Victoria, their dad is Anglophone, but part of them is also French and they like it. So they need a place to feed that little part of them.”

If the Francophone Society is able to purchase the building, it envisions turning the neighbourhood into the city’s French quarter,  where people can go if they’re looking for French services, programs, and even music and culture.

Ownership of the building will also help them support other Francophone organizations. The Francophone College has already moved into the building’s basement and is thinking about expanding their programming to offer French classes—a highly sought after offering.

If all goes according to plan, the society is hoping to have ownership of the building on July 1 of this year. They’re already working on securing a grant to improve accessibility of the building. Those who would like to donate can do so here.

Why Victoria’s English is nearly gone

How Indigenous-led organizations are rebuilding connection to language and culture

More than 50 years in the making, SENĆOŦEN language revitalization efforts have touched generations