November 12, 2022
Get the news and events in Victoria, in your inbox every morning.
Thank you! Your submission has been received!
Oops! Something went wrong while submitting the form. 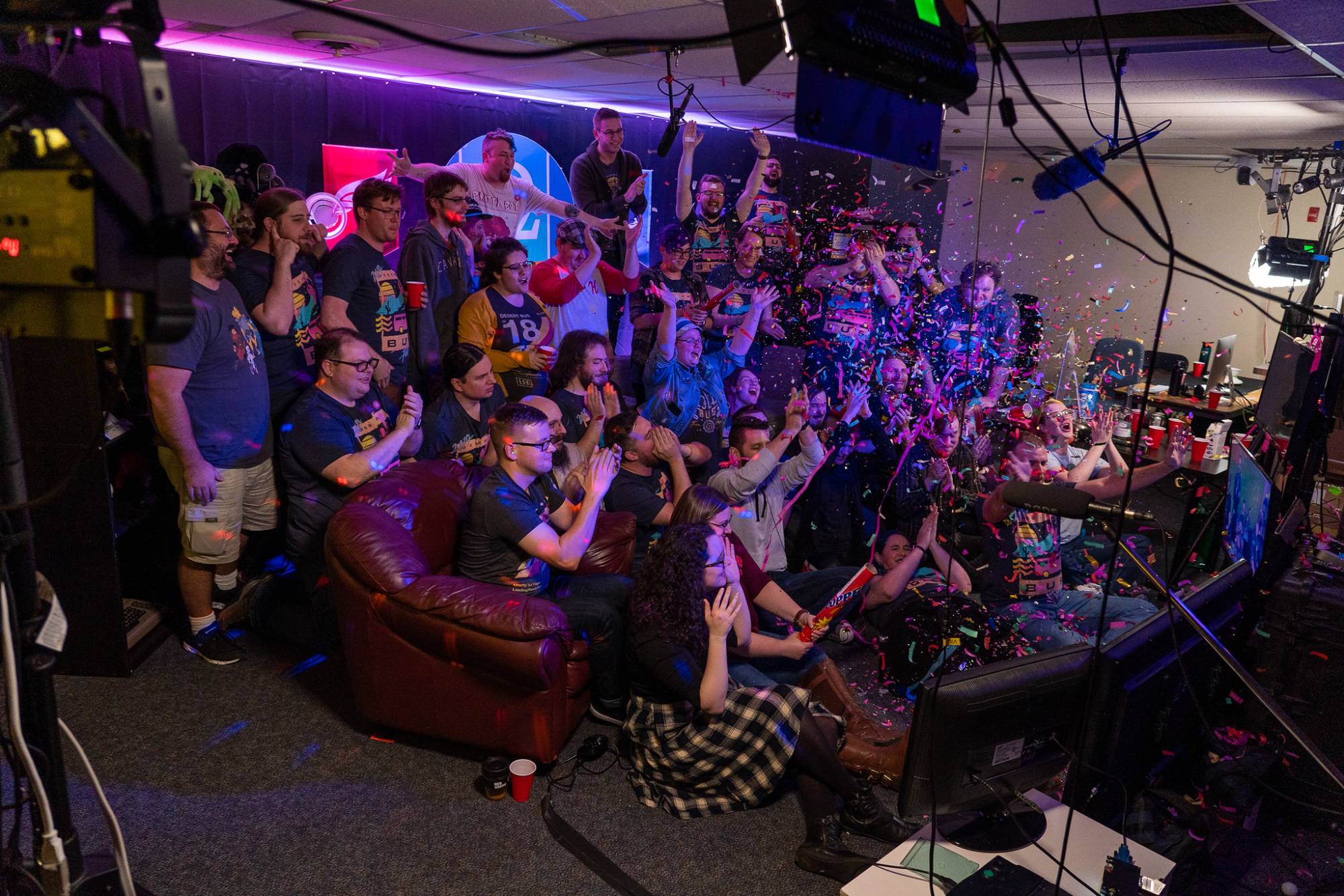 Road trips can be so much fun, but they can also be incredibly boring. You may know the type—hours spent following a straight empty road, with little variation in the scenery and no landmarks along the way. Some bugs might splat on your windshield but otherwise you see no sign of life. Maybe the wheels of your vehicle are misaligned, constantly pulling you slightly to the right towards the shoulder.

This is the premise of Desert Bus, the world’s most boring video game. The mini-game from the never-released Sega CD video game Penn & Teller’s Smoke and Mirrors involves driving a bus down an empty simulated highway between Tucson, Arizona, to Las Vegas, Nevada, for eight real-time hours. The steering wheel pulls to the right the entire time, so players can’t ever leave the controller unattended or risk driving off the road and crashing. The game can't be paused.

On Saturday, Ferguson and dozens of locals, entertainers, and special guests will begin taking turns getting behind the wheel of the virtual bus for the 16th-annual Desert Bus for Hope fundraiser. All money raised throughout the multi-day livestream goes to Child’s Play, a charity that provides toys and games to children in hospitals around the world. As always, the more money Desert Bus for Hope raises, the longer they’ll drive. Last year, they raised more than $1.2 million after about seven full days of gaming.

“I have driven the bus for more hours than I can count,” said Ferguson, Desert Bus for Hope’s communications director, who has been involved for the past 10 years. When reached by phone on Friday, Ferguson was taking a break between getting the final touches ready for the beginning of the livestream that is expected to be viewed by more than 50,000 people from around the world throughout its course.

Desert Bus for Hope started back in 2007. A group of friends making up Victoria internet sketch comedy group LoadingReadyRun were inspired to take on Desert Bus for a good cause from the comfort of one of their moms’ basement. They aimed to raise $5,000 for the newly formed charity Child’s Play, but ended up raising more than $22,000.

“What they thought of as a weekend project stretched on into Wednesday, with people having to very rapidly request time off work to keep the stream going,” Ferguson laughs. “It was such a wild success.”

The first years were different from how the event looks now. When Ferguson joined on 11 years ago, volunteers took 12-hour shifts behind the wheel, only taking occasional pit stops for bathroom breaks and food.

Now, the video game is only a small part of the stream, and no-one is subjected to 12 hours of driving. One person is still always playing Desert Bus in the corner of the screen, but a rotating set of hosts and guests entertain viewers with interviews, giveaways, and roundtable discussions on various nerd-culture topics. This year, comic artist and Camosun professor Ken Steacy is joining the stream along with other guests from the online video game community like Innersloth community director Victoria Tran and actor and Youtuber SungWon Cho.

Live and silent auctions take place throughout, and guests also sing songs, dance, make human pyramids and do other silly things suggested by the viewers for donations. One year, they tried to see how long one person could play three different Desert Bus games at a time with a controller in each hand and one in his feet. (He made it almost a full minute without crashing.)

A memorable moment for Ferguson was creating his own Saturday Night Live-inspired intro video in the streets of Victoria, followed by him entering the Desert Bus stage with a 10-person marching band. He also fondly recalls the 2020 stream when a boy named Danny used his Make a Wish dream to make a donation to Desert Bus for Hope.

“His actual dream was not ‘I want to go to Disneyland’ or ‘I want to meet an astronaut.’ It was ‘I want to help kids who are in hospitals like me, and I like watching this fundraiser and I want to help them do that,’” Ferguson said. “I’m literally tearing up talking about this because it gets me every time. It was incredibly emotionally impactful for me personally.”

Ferguson said it’s incredible to be a part of something that has such a huge real-world impact, and to see the support from the online community year after year. Desert Bus for Hope doesn’t set fundraising goals to ensure viewers only donate within their means, but each year, the fundraiser just keeps on getting bigger.

Over the past 15 years, Desert Bus for Hope has raised more than $8.3 million for Child’s Play.

When asked if they’ve ever considered playing a less boring game, Ferguson laughs.

“We’ve definitely considered it,” he said. “But playing the world’s most boring game is part of the fun.”