August 19, 2022
Get the news and events in Victoria, in your inbox every morning.
Thank you! Your submission has been received!
Oops! Something went wrong while submitting the form. 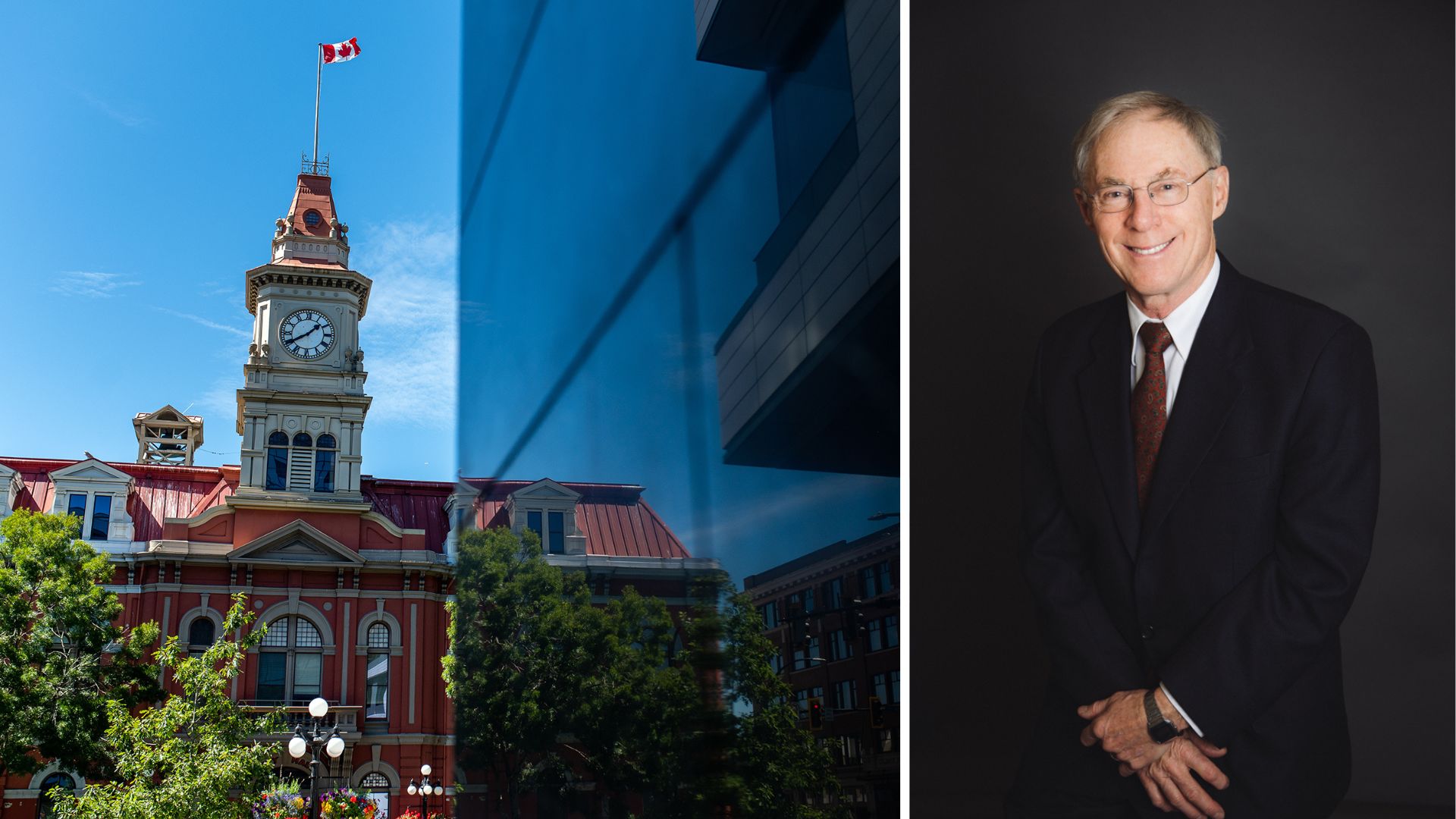 Now that he has decided not to seek re-election, longtime Victoria city councillor Geoff Young is looking forward to a break from the “in some ways all-consuming job” of local public office.

“It is just faintly possible that I may be called to do little bits and pieces of work on the consulting front but mostly I think I'm just going to step back for a bit and perhaps look at other options,” Young told Capital Daily. Young is retired from his role at Discovery Economic Consulting.

In that time, “Victoria has changed and grown a lot” and Young has been involved in a variety of initiatives he is proud of, from advocating for the adoption of the 911 emergency response system in the capital region and contributing to the creation of the Galloping Goose Trail to managing the region’s water supply in his role as chair of the Greater Victoria Water Board.

While he is looking forward to “having a little more flexibility” in his life, away from the “emails [that] pour in at a staggering rate” to councillors’ inboxes, Young—who said many Victoria residents have recognized him as “a minority [voice] on council]”—will also miss being a prominent part of public debate in the city.

“It is a source of much regret to me that I won't have that platform to state those views,” he said. “I'll be able to write letters to councillors … but that's different from being able to state it during the council meetings.”

Young emphasized that his disagreements with fellow council members over the years are about political differences, not personal divisions.

“There's not personal animosity at the council level—we treat each other in a respectful way, the mayor runs good, fair meetings, and there's no personal tensions,” he said. “It's only at the level of wrestling with what are admittedly very tough issues that we have differences.”

Those differences include some council members’ tendency to “express opinions on issues that are not directly within our range of action such as pipelines in northern BC and forestry” as well as the best approach for responding to the need for increased “social services and health services in the downtown.”

“We've been very, very supportive of accepting support services such as needle exchange safe consumption sites, and supportive housing … and we've allowed the province to go ahead and build more or buy more of that housing in Victoria and the track record of those kinds of the units has not been good,” Young said. “They call it ‘housing first,’ but they forget that it's housing first becomes housing is enough.”

Provincial authorities have been “over optimistic when they fund these services and this housing that they will run smoothly,” Young said.

“Really they have to provide a lot more funding and a lot more staffing to make them able to run smoothly—I guess my biggest difference with the current council, most members of it, is that they're prepared to think this is an acceptable situation,” he added.

Young is the third Victoria councillor to declare he won’t be running for re-election, along with fellow long-term councillor Charlayne Thornton-Joe and Sharmarke Dubow, who was elected in 2018.

Couns. Jeremy Loveday and Sarah Potts have not yet made their plans for the upcoming fall election. Coun. Ben Isitt has also yet to declare whether he will run for the fourth time but told Capital Daily he is leaning toward seeking re-election and plans to make his decision—including whether he will seek the mayorship or a council seat—in the next couple of weeks.

Victoria Mayor Lisa Helps is retiring from politics in October. Couns. Stephen Andrew and Marianne Alto have both announced bids to replace Helps as mayor.

The nomination period for municipal candidates closes on Sept.r 9.

“I think it is important to have shorter terms,” Young said. “You would have at least as much continuity because people would run more often or would be more likely to seek re-election.”

In June, Victoria councillors voted in support of submitting a resolution for debate at next month’s Union of BC Municipalities conference, asking the province to reinstate three-year terms for municipal councils. Coun. Ben Isitt brought the motion forward.