September 16, 2022
Get the news and events in Victoria, in your inbox every morning.
Thank you! Your submission has been received!
Oops! Something went wrong while submitting the form. 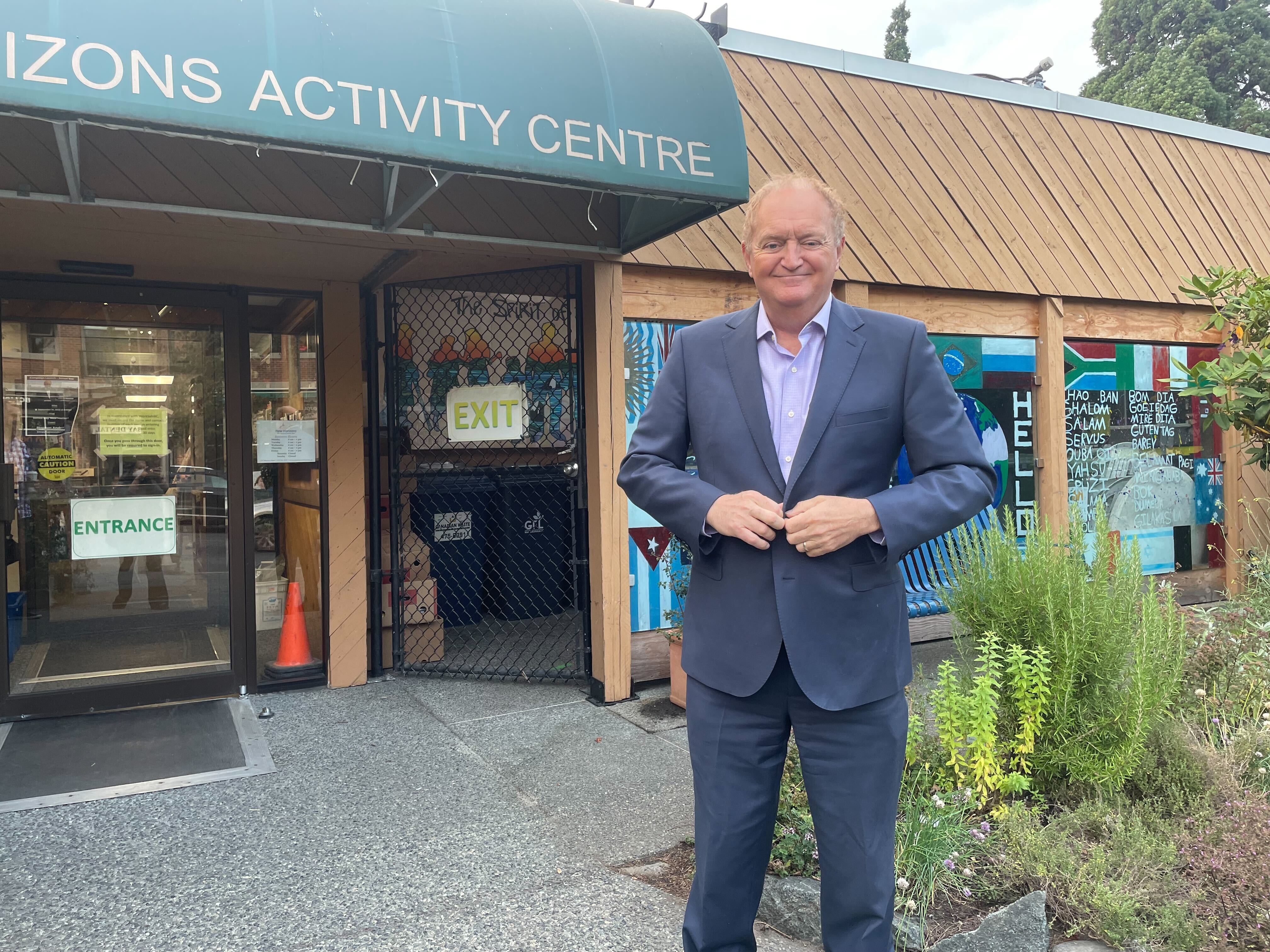 Andrew’s plan, if elected, is to work with nonprofit organizations to provide low or no-cost rental spaces for family doctors to open clinics in Victoria. He said he would also give family doctors property tax exemptions for the first five years, as a further incentive for them to move to Victoria.

“Under the Municipal Act, it restricts us from providing incentives to GPs because they are classed as a business,” Andrew told the audience. “But I've worked with local health care advocates [and] with legal professionals to find a solution.”

In an interview with Capital Daily after the announcement, Andrew explained that he wants to allow developers to offer a low- or free-rent primary clinic space as part of their amenities package—a normal part of the development process—when they propose a new development.

He envisions that the spaces, when built, would then be turned over to a non-profit which would run the space and offer it to family doctors.

When asked which non-profits he has consulted with, Andrew pointed to the Victoria Community Health Co-op, which operates a new community wellness centre run by three nurses and a counsellor in Cook Street Village.

Vanessa Hammond, chairperson and a cofounder of Victoria Community Health Co-op, said she supports the idea of property tax exemptions—not just for family doctors, but for all health practitioners—but she does not foresee her organization having the funds to run new family doctor clinics and provide free or low rent at these spaces.

“We don't have spare funding; I mean, we're constantly scrounging for funds, whether it's writing funding proposals or having a donation box out,” she said. “I think that has to be true of almost all not-for-profits, that we’re always right on the edge.”

In her campaign launch on Aug. 9, she vowed to prioritize “housing and practice incentives for doctors, nurses, nurse practitioners and other health professionals, along with permissive tax exemptions for not-for-profit health societies and clinics.”

She also agrees with Andrew’s proposal for free or low cost clinic spaces.

“It’s not a bad idea,” she told Capital Daily.

The incentives Alto proposed include permissive taxes and benefits for not-for-profits and co-ops for family physicians as well as other healthcare workers, like nurses, nurse practitioners, and support staff.

The challenge, she said, is figuring out what lies under the purview of municipalities, but wants to “push the boundaries” of what the city can do in order to mitigate the healthcare crisis.

“There are some communities in British Columbia, remarkably, who actually have purchased residences, and have that available for health practitioners,” Alto said. “I'm not sure that we would go that far, but that's certainly something to consider.”

That idea was recently raised in Central Saanich, but was voted down nearly unanimously by council.

Andrew’s idea is similar to one that has been gaining ground in the Westshore over the summer.

As reported by Zoë Ducklow in The Westshore last month, former Colwood mayor and president of the Saunders Family Foundation, Dave Saunders, has spearheaded a proposal for municipalities in the Westshore to run their own clinic spaces and enact policies to support local healthcare workers.

Saunders’s plan involves incentivizing developers to add medical spaces by allowing more density, for example—letting the development have more floor area or be taller in exchange for them including a clinic space for the municipality to run.

In Andrew’s plan, a medical clinic would be added to the list of options—like childcare spaces, new walkways, a fountain, etc.—that are intended to benefit the city.

“If [developers] want it, they can bring it forward as part of an amenities package,” Andrews said.

Broadening the scope of the amenities package to allow spaces run by non-profits is something Alto says has been discussed by council many times over the years, and expects it will be brought up in next year’s review of Victoria’s Official Community Plan.

“We've talked for years at the council table about the possibility of those amenities including spaces for arts and culture…not-for-profits, health facilities, different offices providing different services,” Alto said. ”It's not a particularly new idea, but I think it has merit and it should be considered.”