September 26, 2022
Get the news and events in Victoria, in your inbox every morning.
Thank you! Your submission has been received!
Oops! Something went wrong while submitting the form. 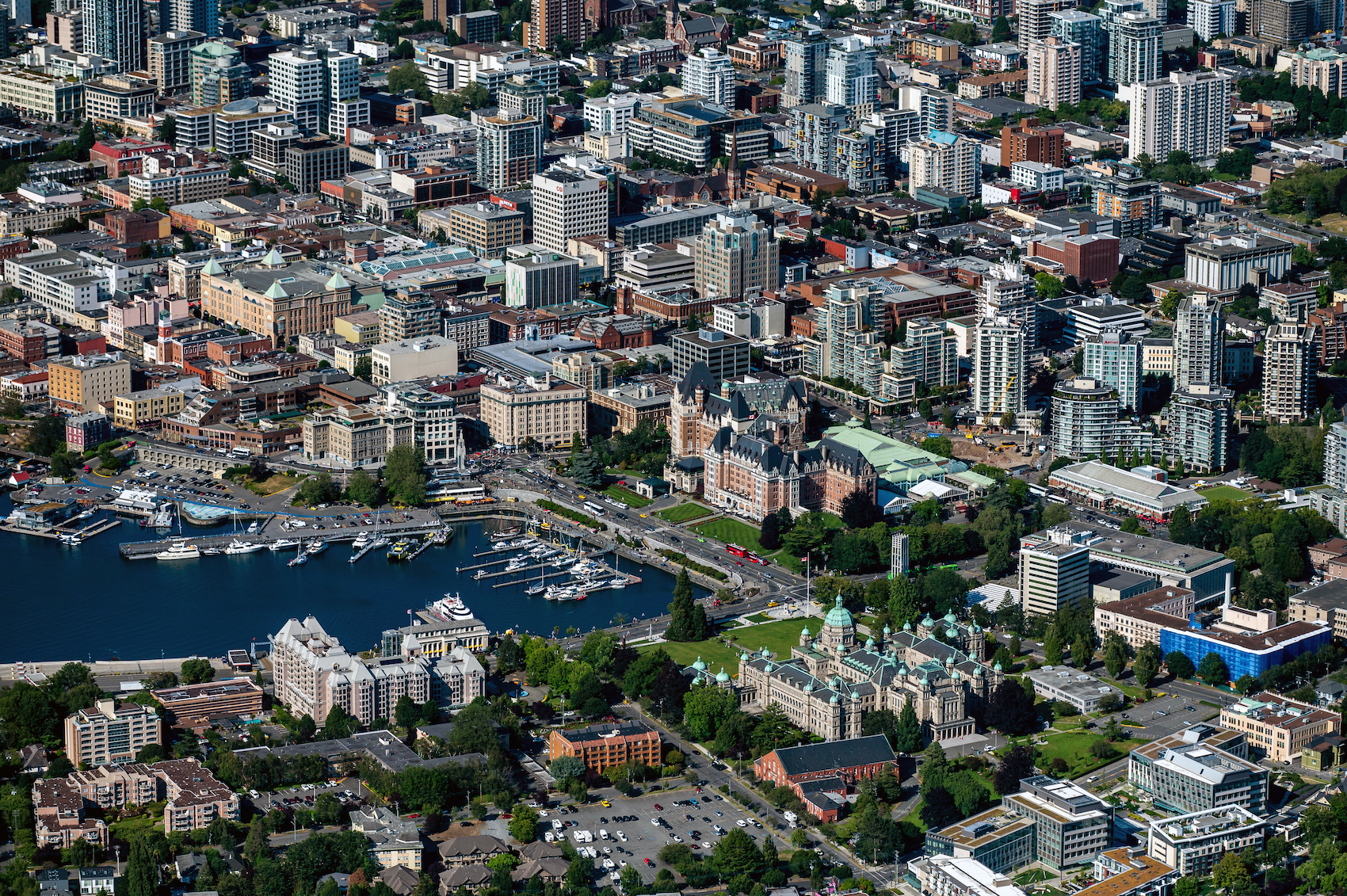 It was a sunny Sunday afternoon and the tantalizing scent of movie popcorn was thick in the air as Victoria mayoral hopefuls Marianne Alto, Stephen Andrew and Brendan Marshall participated in a two hour debate at The Vic Theatre.

Capital Daily moderated the event, which was hosted by the Victoria Downtown Residents Association. The debate focused on policies relevant to residents of the downtown neighbourhood, but many of the questions touched on issues that affect the city as a whole. The whole event is available on YouTube, and we’ve summarized some key moments below.

Addressing housing affordability and the future of Missing Middle

The current council “missed a huge opportunity by not making a decision” on the Missing Middle Housing Initiative (MMHI), according to Alto. The initiative had been in the works for two years when it was punted to the next council. The proposal, to rezone most of the city to allow greater density, drew hours of comments both in support and against it in hearings that concluded Sept. 8, when council declined to make a final decision in this term.

“We did have an opportunity on that last day to make two really important amendments…to limit height and to double the contributions that developers had to contribute to our affordable housing trust fund, when they couldn't actually provide affordable housing on a particular site,” the three-term councillor said.

“Those two things solved almost all the issues that most people have brought to our attention and the fact that we didn't move forward [with] that, I think, was a huge missed opportunity.”

Alto hopes to see the future of the policy decided promptly by the new council. Andrew pledged that, as mayor, he would “endeavour to get [MMHI] through” the council process once it has been reviewed to better address concerns expressed by the public.

Andrew expressed support for gentler densification policies—such as encouraging the conversion of single-family homes into duplexes and increasing the allowable footprint of carriage homes—and highlighted the city’s new approach to non-profit housing. That policy  allows developments backed by non-profits, governments, and co-ops to bypass the public hearing and rezoning processes, provided they align with the Official Community Plan.

Marshall appeared supportive of the missing middle policy, calling for “blanket zoning that's going to fast-track the ability for builders to create housing” while keeping costs down.

“I really do believe that we can make incentives for developers to come up with affordable housing and to do it tastefully,” he said, adding that reducing the red tape associated with new developments would be a priority for him, if elected.

During the debate’s lightning round—where candidates were asked to answer questions with a “yes” or “no” with 30 seconds to add further nuance—all three mayoral hopefuls said building more housing would help address affordability. Andrew emphasized a need to reduce housing costs to ensure new builds are affordable for residents, a point with which Alto concurred.

The city needs more family-oriented units with two and three bedrooms, according to Marshall, as well as more strata housing that younger Victorians can afford. “I think we can do it tastefully and we can do it for everybody,” he said.

The candidates also found consensus on two issues related to downtown safety and livability: the need for continuous washroom access on Pandora Street and to increase the police budget until the situation on the street improves significantly.

“Many of the service providers in that area should have their washrooms open 24/7,” Andrew said. “I think it's silly to me that we have consumption sites on that stretch of road that close their washrooms at eight o'clock.”

“When you have to go you gotta go,” Marshall agreed, adding that street safety should also be a priority to ensure people can be confident that “when they go to the washroom, they're not going to be accosted.”

Alto linked expanded washroom access to the need for a broader expansion of support services on Pandora, noting the city is currently considering launching a block manager to help coordinate services among existing providers.

On additional police spending, Alto was also in favour.

“As long as we're supplementing that with a really robust series of civilian crisis response teams, which we have right now,” she said. “As we have more civilian professionals responding to the non-criminal crises that are plaguing our streets, police have a chance to do the work they do so very well and that is preventing and responding to crime. Both of those things can coexist.”

Andrew agreed, adding that more police officers will be needed to liaise with the crisis response and assertive community treatment teams, which are overseen by Island Health.

Marshall added that the city could benefit from more officers focused “on the beat” and on bikes.

Andrew committed to acting on all 30 recommendations laid out in MNP’s governance review, published in July, if elected mayor. That report included an online survey in which 81% of 881 respondents expressed dissatisfaction with city governance).

“I've sat on many boards and I can tell you that I run a meeting very efficiently and stay on target,” Andrew said. “There's no reason in the world why we start our council meetings at nine o'clock in the morning and then we're there…until 1am.”

Marshall would begin a term as mayor by “looking deep at the inefficiencies…. happening down at City Hall” and bringing in both an integrity commissioner and a code of conduct for council.

“It's quite simple: I think things get quite complicated by elected officials in some cases, and I think we need to focus on really getting back into our lanes,” he said.

Alto pointed out that previous councils have twice rejected proposed codes of conduct and agreed that council meetings could be cleaned up to improve efficiency.

“We vote every day, over and over and over again, on issues that we continue to repeat ourselves about,” she said. “That's a bit about facilitation, as opposed to, necessarily, [a] code of conduct or integrity commissioner.”

While Vancouver’s integrity commissioner works well, according to Alto, Victoria would need to consider how such an office would function in the city.

The final question of the debate asked candidates to reflect on polarization and how to address divisions within the community.

“Everybody needs to take responsibility for what they say and for their actions,” Marshall said, adding that healing from the isolation and division brought about by the pandemic will take time and effort.

“I think we need to start in the heart—we need to get back out of our heads, get into our heart and work with one another that way.”

“It's all about creating relationships, and we haven't done a good job of that over the last few years, and council hasn't done that either,” she said. Finding new ways to engage with citizens will be a key move for council moving forward, Alto believes.

“It has to provide ways for decisions to be made collectively, in a way which is respectful [and] understands that we're different but ultimately, we really want to have the same thing—it's a vibrant city,” she said.

“The key is to listen with respect, sit down, try to find common ground, and where we can't, we're gonna have to make the tough decisions,” Andrew said. “One of the things that I have seen over the past two years, is…what I call top-down decisions, where we sit there, we decide what's going to happen, and then we try to convince everybody this is the way to go… If we're not listening to that electorate, we're not listening to those voices, then we're not doing our job.”

You can watch the full debate online. For more information on candidates running in the municipal election, head over to the Capital Daily Candidate Database.