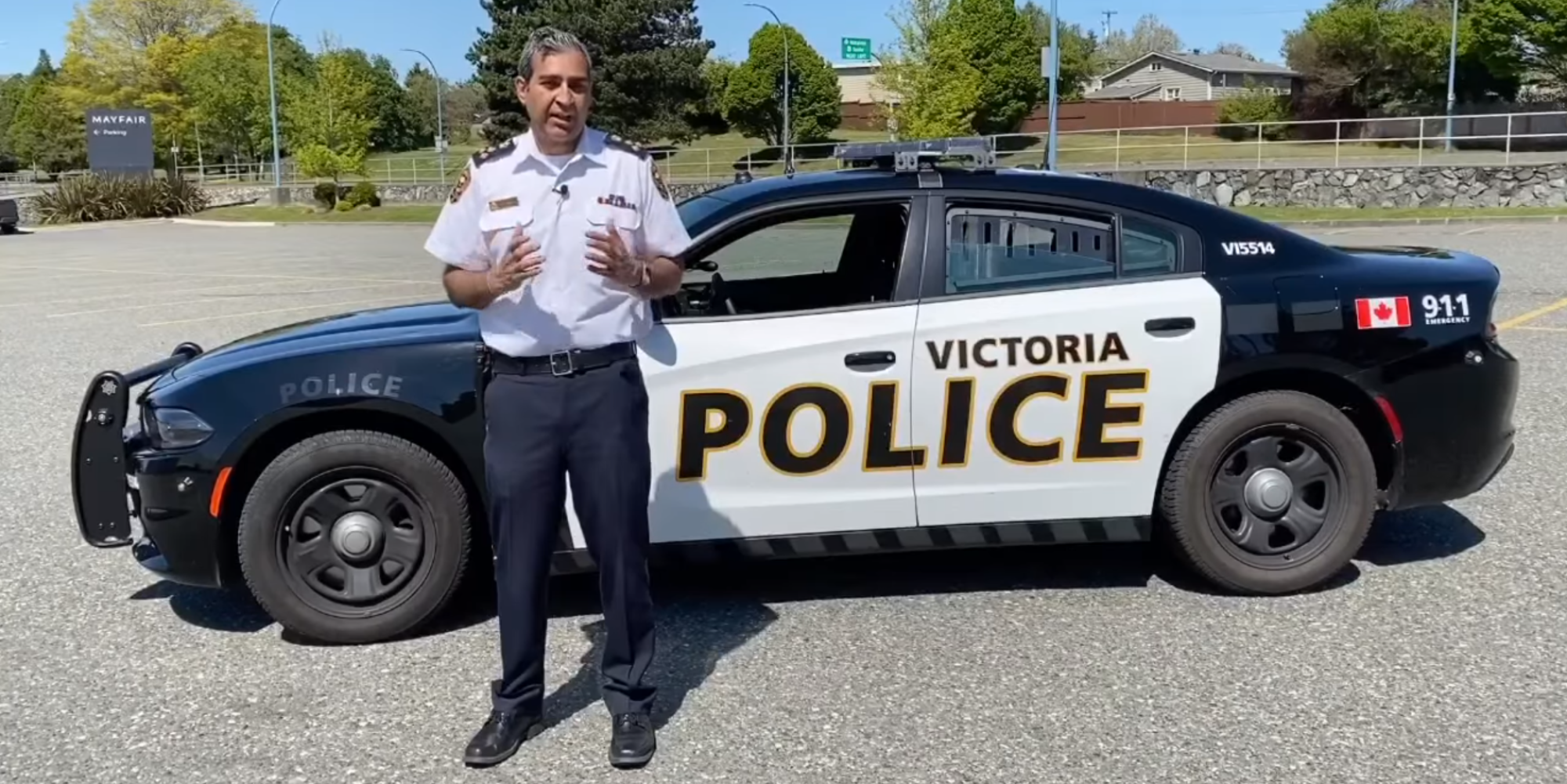 The chief of Victoria Police says calls to defund or disband law enforcement departments that have coincided with worldwide protests against police brutality aren’t applicable in his city.

“I just can't see that in any sense of reality,” said Chief Constable Del Manak, addressing a council meeting Thursday. “I know what the police do. I know how we treat people with dignity and respect, and how people lead with caring and compassion in the service that we provide, which is much needed.”

Manak spoke on the same day that the Victoria Police Department released its latest quarterly report, which showed police were dispatched 10,346 times after receiving a call for service in Victoria and Esquimalt during the first three months of 2020. That amounts to a 6.2 per cent increase in dispatches from the same period last year.

Councillor Ben Isitt asked Manak if he could respond to some critiques of policing which he said “suggest that police departments should be abolished and replaced with alternative structures.” For example, a majority of City Council members in Minneapolis, Minnesota announced this week that they plan to vote to disband their city's police department and replace it with new public services, following the killing of George Floyd by an officer who put pressure on his neck during an arrest.

“I think the important thing to recognize is who is going to deal with the most violent people in our community,” said Manak. “It's a conversation we seldom have."

Victoria Police received 744 calls for service related to violent crime in the first quarter of 2020, a 30 per cent increase from 569 last year. Police also dealt with a spike in property crimes throughout the downtown core during the height of public health restrictions related to COVID-19.

Meanwhile, the Victoria and Esquimalt Police Board — which provides civilian oversight of the force — ordered a racial and gender analysis of Victoria Police on Wednesday evening. It said the study will inform recruiting practices among Black and Indigenous peoples and women.

Manak also said he is in favour of the Greater Victoria Police Diversity Advisory Committee, which consists of police and community representatives, forming a subcommittee to examine racism in the area and how it relates to policing.

“As a person of color, I've been on the receiving end of that,” he told council members. Manak is Victoria's first ever Indo-Canadian police chief. “I know there's lots of work to do, and we're willing to come to the table and have those hard discussions.”

Thank you! Your submission has been received!
Oops! Something went wrong while submitting the form.
sean@capnews.ca