January 13, 2023
Get the news and events in Victoria, in your inbox every morning.
Thank you! Your submission has been received!
Oops! Something went wrong while submitting the form. 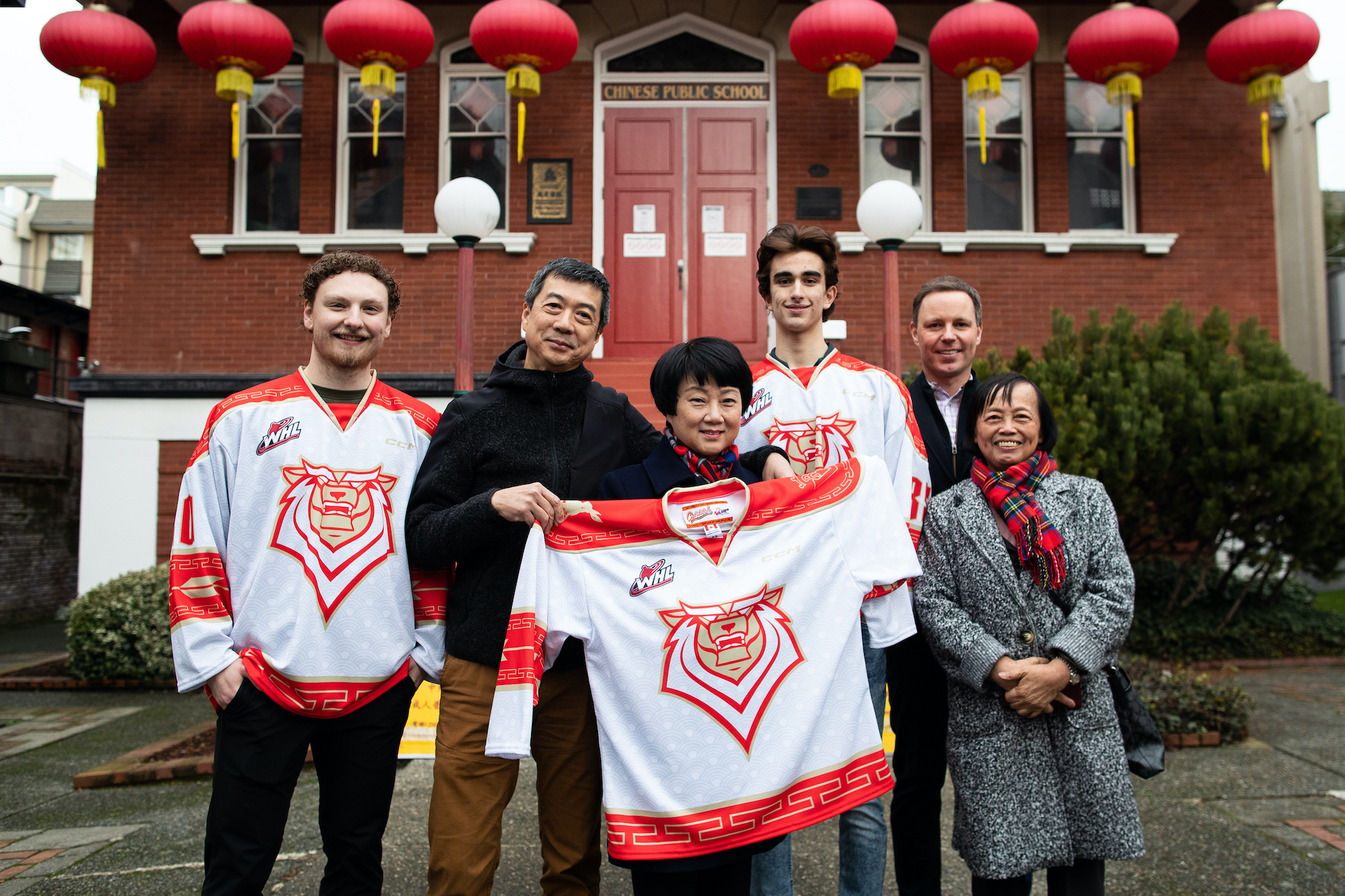 The Victoria Royals will have an early Lunar New Year celebration when they play a home game against the Kelowna Rockets on Saturday evening. The team will be wearing specially designed, one-off jerseys celebrating the Year of the Rabbit, which will then be auctioned off for charity.

It’s the second year that the team is doing Lunar New Year celebrations, and they’re making it bigger this time due to popular demand. The first 1,000 fans to the game arrive will receive lai see, lucky red envelopes each filled with a small prize. All 21 of the game-worn jerseys will be available for auction until Jan. 21, with the proceeds going to the Victoria Chinese Heritage Foundation to support scholarships for students of the Victoria Chinese Public School. The Wong Sheung Kung Fu club will be performing before the game as well as during one of the intermissions.

“We’re making a larger effort than ever to make hockey really accessible to everybody,” said George Fadel, senior marketing director at GSL group, which owns the team. “Regardless of what your roots are, we want to make hockey enjoyable for everybody.”

It’s important to honour the diversity of Vancouver Island, he said, with Victoria’s Chinatownonly a few blocks away from the Save-On-Foods Memorial Centre, where the Royals play.

Lloyd Wong is glad to see junior hockey organizations making strides in bringing in racial minorities and their traditions into the sport. Wong, a sociology professor from the University of Calgary who researches multiculturalism and social change in hockey, is himself a fourth-generation Canadian who grew up playing hockey.

“For many of the third, fourth, fifth generation Canadians, hockey’s a very important game because it’s a sense of identity,” said Wong. “It means a hell of a lot.”

Hockey is a shared space where people engaged in the sport—players, managers, fans, parents—are able to mix and interact. If immigrants and racial minorities are able to access those spaces, it helps contribute a sense of belonging, Wong said.

“If you’re a recent immigrant in Victoria and you hear about the junior team celebrating [Lunar New Year], it sparks an interest,” Wong said.

The designs of the Lunar New Year jerseys came from Dustin Pakosh, manager of creative design at GSL group. “The idea behind this was to have that really traditional [Chinese] look out in the front,” Pakosh said. “But as you get close and look at some of the details of the jersey, you start to get a lot of these other little things that you don’t notice right off the bat.”

The highlights, in red and gold, represent good luck and fortune, said Pakosh. There’s also a subtle wave pattern throughout the body, as well as arrow fletching patterns on the armbands. It’s part of an attempt to tell the story of the team.

“We kind of started off [this season]—let’s be honest—a little rough. But we have not stopped being a determined team,” said Pakosh. The arrows, which signify steadfastness and determination, are a representation of the Royal’s grit and turnaround in the current season, he added.

Pakosh’s designs also got the nod of approval from Graham Lee, founder and president of GSL group. In addition to the team itself, the company of the third generation Chinese-Canadian real estate magnate operates the home stadium on Blanshard Street.

The team has run jersey promotions in the past: the Victoria Royals have a long-standing annual Pink in the Rink fundraising event for breast cancer research. Two months ago, players donned retro jerseys to honour the 80th anniversary of the CFB Esquimalt Navy hockey team, which has had several NHL players come through its rosters.

Wong suspects there’s a pragmatic motive behind the West Coast teams reaching out to the Chinese diaspora.

“The cynical view of this move towards inclusion is for hockey as a game to grow,” Wong said. “I mean, they’re capitalists. What do you expect out of them?”

Before the pandemic, NHL teams were playing games in Shanghai and Beijing in the hope of following the NBA's success in tapping into the Chinese market. The basketball league has quickly become China’s favourite professional sport, adding millions of fans each season.

“If you want to survive in 100 years, you have to think about appealing to that segment of the population and get them involved,” he added.

While the Victoria Royals aren’t selling their Lunar New Year jersey designs as a commercial product or planning sponsorship deals in China, they are hoping to get more of Victoria involved and interested in hockey. Students and teachers at Victoria’s Chinese Public School are receiving 50 free tickets to the Saturday game.

“For them, that might be their very first game,” said Fadel. “We’re hoping that they go home, really loving it—getting a different appreciation for hockey.”

In his research, Wong writes on how hockey contributes to shaping Canada’s national identity, while remaining a space where exclusion and inclusion both exist. The inclusion is essential, he says, to avoid ethnic groups becoming isolated and siloed from each other.

Pakosh is just hoping that his designs of red and gold will bring good luck to the upcoming game. But it might not be entirely needed.

“We have been beating [Kelowna] a few times this year,” he said, laughing. “We’re starting to be a winning team.”

Correction: An earlier version of this story said GSL Group owns the Save-On-Foods arena. It built the facility and has a lease to operate it, but the City of Victoria owns the facility.