An Air Raid Protection warden keeps watch over Victoria in this 1942 image (BC Archives Reference Number I-00838).

Capital Daily is part of the Trust Project
latestCOVID
TransportationBusiness
HousingGood News
An Air Raid Protection warden keeps watch over Victoria in this 1942 image (BC Archives Reference Number I-00838).

May 8, 2020
Get the news and events in Victoria, in your inbox every morning.
Thank you! Your submission has been received!
Oops! Something went wrong while submitting the form.

An Air Raid Protection warden keeps watch over Victoria in this 1942 image (BC Archives Reference Number I-00838).

It could happen at any time, anywhere; during class, on the way to work, even in the middle of the night. As soon as the sirens tore through the hum of the mundane, everyone knew it was time. Gas masks went on, families swarmed into basements, students ducked under desks, anyone out in the street fled to the nearest shelter. War had come to come to North America with the Japanese raid on Pearl Harbor and a subsequent invasion of western Alaska. For four years, the BC capital braced nightly for an all-out Japanese air raid expected to level the city’s shipyards and war industries.

Although the nearest battlefield was thousands of kilometres away, the streets of 1940s Victoria were dramatically checkered by the war. It was a city of mandatory blackouts, gas drills, rationing, and civil defence. As Victorians wait out COVID-19 in a city utterly reorganized towards the collective goal of defeating an unseen enemy, we are experiencing just a taste of how the BC capital coped with global war.

Much like in the present, home became more than just a place to catch up with family and sleep at night; it transformed into a fortress, safe from the threats that waited outside. Marilyn Wright was twelve years old at the time and recalls the drills and blackouts. Even now, sirens trigger thoughts of the war. However, for her, it was not a fearful time: “I guess the impact didn’t happen until much later in life,” she said in a phone interview. I understood what was going on, but the finality of life wasn’t something that at that age we’d think of.”

Amidst the city’s apartments, restaurants, and shops, recruiting stations swung open their doors. Labour shortages slowed maintenance at Beacon Hill Park, which eventually served as a location for military training. At Fort Rodd Hill, defenses were shored up and searchlights were installed, often disguised as unassuming objects such as boathouses. Children lined up at school to try on gas masks with ominous insect eyes and alien snouts. Bundles of clothing piled on the streets to be sent to British soldiers. Shipyards hummed around the clock to churn out new vessels for the war effort. Air Raid Protection wardens in steel “Brodie” helmets stalked the streets after sundown to enforce blackout procedures.

Marilyn still lives in Victoria and is now eighty-seven. Her memories of the city during the Second World War are surprisingly hopeful and positive. Everywhere, family and friends were “so involved and so helpful to one another.”

In the early weeks of the war, Hatley Castle, now Royal Roads University, had been purchased by the Canadian government to serve as a refuge for the royal family should Great Britain fall to a Nazi invasion. By 1940, many of the city’s young men had already been waved away in uniform as they boarded Princess ships bound for Vancouver and the weeks-long journey to Europe via transcontinental train and Atlantic troopship.

But after the Japanese attack on Pearl Harbor in December 1941, Vancouver Island legitimately found itself in the crosshairs of global war. On June 20, 1942, Japanese submarine i-26 surfaced off BC’s Estevan Point lighthouse, aimed its deck gun at the station and subjected it to a brief rain of 5.5. inch shells. It was the first time enemy fire had struck Canadian soil since 1812.

Panic over the Imperial Japanese threat would manifest in one of BC’s darkest hours: The forcible deportation of the West Coast’s Japanese-Canadian community. Three Point Motors, the ticket booth for Craigdarroch Castle and many of the homes around Royal Athletic Park are in buildings or atop land that was seized from Japanese-Canadian families with the official promise that it would be returned to them after the war. Instead, only after they were interned were Japanese-Canadians were bruskly informed by the Office of the Custodian of Enemy Property that their homes and businesses had been auctioned off at fire sale rates.

Among them was Toyo and Kosaburo Takahashi, who had grown award-winning gardens at 42 Gorge Rd., some of whose grafts still grace city parks. They had enthusiastically sold victory bonds at war’s outset and even voluntarily deported themselves to Toronto after Pearl Harbor. In 1944, when informed that the home was being liquidated, the couple fruitlessly pleaded in a letter to Ottawa that they not be denied their “stake in the future of Victoria.”

For the Victorians who remained, the era would become defined by its blackout orders. In an era when much aerial navigation was still conducted by sight, cities all along the North American Pacific Coast were forced to extinguish any artificial lights lest they catch the attention of a passing bomber. In a city of approximately 100,000 people, not a single crevice of light could escape after sundown. One fool with a flashlight, one missed crack in the blinds, one accidental fire could turn the entire city into a target. Just as holding a house party or visiting a provincial park during COVID-19 can incur penalties, the same was true of leaving on a light during blackout orders. A coordinated blast of factory whistles was to warn the city of approaching bombers, after which “automobiles, motorcycles, trucks and other vehicles must pull to the curb and extinguish all lights,” read an official order published in the Daily Colonist.

In today’s crisis, many are finding comfort in crafts and sewing, particularly the making of face masks. Instead of masks, people during the Second World War knitted socks, scarves, and other warm clothing and sent them to soldiers abroad. The City of Victoria Archives document knitting circles and a 1941 “bundles for Britain” campaign.

Marilyn recollects how her family would “sit around in the living room with the radio on, looking at the radio and then my sister[s] would be knitting and Mom would be sewing and they‘d roll bandages for the Red Cross.”

Marilyn told The Capital by phone that despite having seen the city endure one crisis, she wasn’t as hopeful when it came to COVID-19. Like most of the city’s elderly, she is under strict isolation, able to leave only for the occasional walk or a socially distanced meeting with family. “I’m eighty-seven and [came] into this place for peace and quiet and probably the last post ... and maybe the isolation won’t be over when I’m no longer here, I feel very sad that my life is ending on this note, you know?”

For the second time in Marilyn’s life, Victoria is on a war footing, complete with unprecedented limits on civic life and even rationing. And, perhaps fittingly, much of it is being done to protect a community with direct memories of the last world crisis. Just as Marilyn’s generation sacrificed for forces beyond their control, a new generation finds itself doing the same.

By filling out the form above, you agree to receive emails from Capital Daily. You can unsubscribe at any time.
Ann Edelstein
,
EMAIL:
TWITTER:
[email protected] 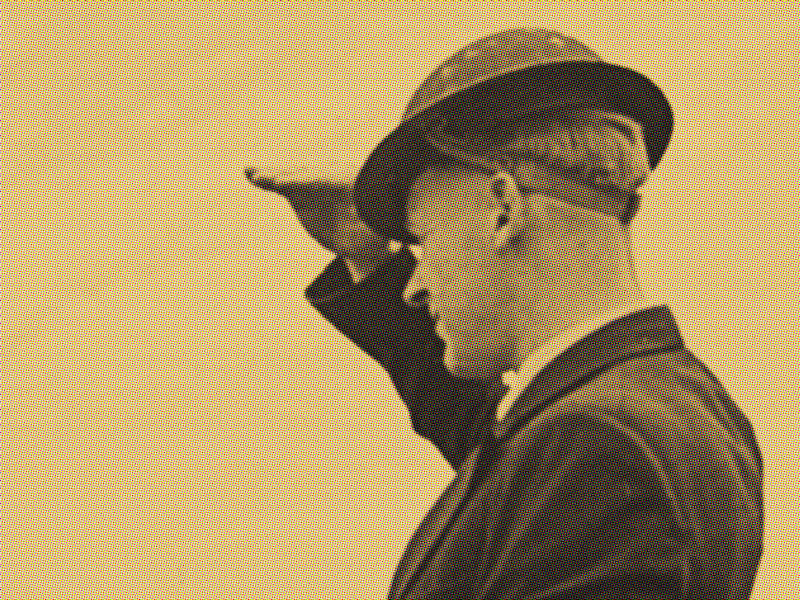 The war, which transformed the BC capital far more than most know, ended 75 years ago this week
No items found.