June 8, 2021
Get the news and events in Victoria, in your inbox every morning.
Thank you! Your submission has been received!
Oops! Something went wrong while submitting the form. 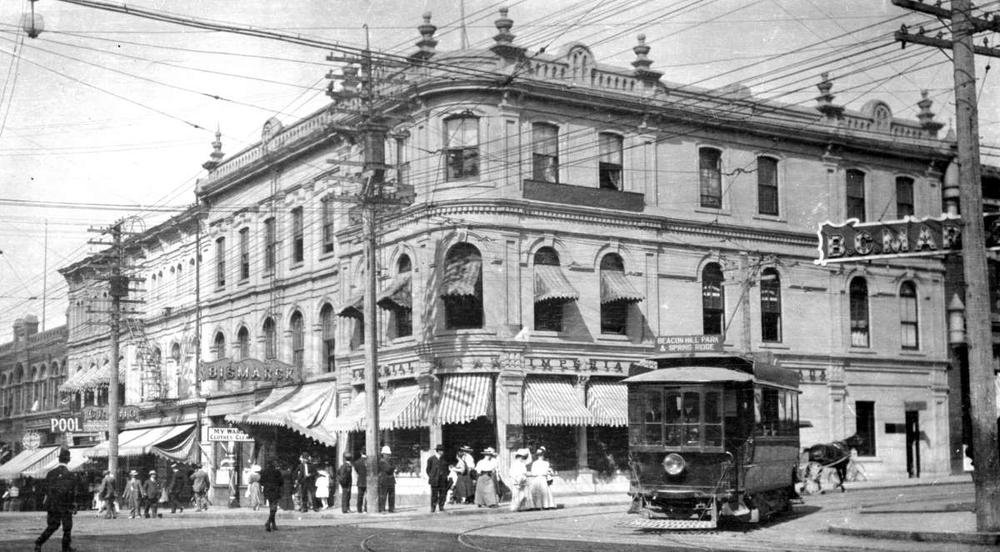 As Victoria's last streetcar trundled quietly along on its final voyage on July 5, 1948, messages lined the interior of the aging car.

With that, one of Canada's earliest electric streetcar services ground to a halt.

A century ago, the system carried 28,000 to 30,000 people—out of Victoria's 56,000 residents at the time—each day. Eight different routes covered communities including Oak Bay, James Bay, Saanich, and Esquimalt.

Now, rail transportation on Vancouver Island is rapidly becoming a long-forgotten dream. Yet with a sudden population influx, Victorians once again find themselves mulling the possibility: should rail service return?

Aside from the rapid-transit plans that have been repeatedly raised over the years, other proposals like passenger ferries are up for debate, and Victoria's streetcar service could hold some answers.

Dr. Patrick Dunae, an adjunct professor in the history department at UVic, sees an immediate parallel in the two time periods.

"When the service began in 1890, the economy was really solid and Victoria was really booming," Dunae says.

"You just have to walk around Victoria and you can see some of the larger houses that were put up in 1890, including Craigdarroch. You can see why it's understandable why local businessmen would say we can support an electric railway system."

Those local businessmen signed an agreement with the city to create the streetcar system and to supply it with power.

It wasn’t long before one of those streetcars plunged into the Upper Harbour. In 1896, a streetcar carrying 143 people broke through what is now known as the Bay Street Bridge, killing more than a third of its passengers—55 people in all.

Following the Point Ellice Bridge disaster and a global depression, the streetcar company was sold off and reorganized into the British Columbia Electric Railway Company Limited in 1897. What makes this noteworthy, according to Dunae, is that BC Hydro, a public service, evolved out of this private railway company. That intersection of private industry and public infrastructure is a recurrent theme in BC.

Victoria didn’t even have a government-owned water system for another 20 years.

"There was a feeling that the state didn't need to intercede in these kinds of things. Free enterprise was encouraged or expected to take these functions on."

The other side of that was an expectation that the service would be turning a profit. For the streetcar era, that meant boom periods—but also a tremendous and final bust.

In its heyday, the streetcar was not only an engine of a literal kind but also a metaphorical one. In the 1920s, it was tied in particular to the city's development, with whole “streetcar suburbs” popping up beyond the clamour of the city and connected by the streetcar lines.

"There's this five-year, amazing growth, and there's a real estate frenzy. To some extent, the streetcars facilitated that. Victoria's best example of a streetcar suburb is Marigold, which was developed as the interurban line went out there."

As time dragged on, however, public interest pivoted to the automobile. The ’30s saw a decline in ridership, and by the outset of the Second World War, the streetcar was facing its end. Surprisingly, the war ended up providing a second "golden era" for the service, this time driven by economic necessity.

In his book Victoria's Streetcar Era, historian Henry Ewert observes that streetcar unions of the time fought back against the growing trend toward cars, claiming that "streetcars would be better able to provide continuing service, should a deteriorating European situation precipitate gas rationing or a rubber shortage."

Their position turned out to be correct, and wartime rationing led to an unexpected need for the service to continue. Dunae says users from the time can still remember streetcars bursting with riders.

"I was talking to my father and some of his friends just the other day," he says.

"They recall Victoria in the war—these streetcars were just packed out. The peak year was 1943 in terms of passengers, but it was kind of an artificial stimulus."

Ultimately, that artificial stimulus wasn’t enough to keep the system going. As the Allied victory became all but certain, plans were already in place to begin ripping up the track.

It took just over two years to completely remove all of it.

In 2021, Victoria is faced with new questions around transit. The E&N rail line has sat unused for 10 years as of this past March. With a burst of development, particularly in the Westshore, concerns are being raised that the Island's transportation infrastructure won't be up to the task.

One person pushing for change is Colwood Mayor Rob Martin, who recently voted in favour of a plan for a huge new subdivision in Royal Beach.

"We're talking about close to 6,000 new homes that will be built here," Martin says.

"We're seeing a major expansion in population which puts real pressure on our transportation system as well."

The mayor says that a key factor in alleviating that pressure is reducing the amount of single-vehicle traffic. One method Martin has floated to accomplish that goal is the idea of a passenger ferry. He says it could carry up to 300 passengers on a 10- to 20-minute ride from Royal Beach to downtown Victoria. It could then link up with existing modes of alternate transportation.

"The idea would be that the ferry would land at Ship Point right at the Inner Harbour in downtown Victoria in front of the Empress," Martin says.

"If you had to go a bit of a distance to get to your job and you had your bicycle, you would just use the bike system that the City of Victoria has already created and supported."

That idea of transit integration is something that Colwood's mayor says needs to be emphasized as municipalities work together to make the region function.

For Martin and other local leaders, it's not a question of which way to go with transit, but rather a matter of being open to all the options.

"A true successful transportation model is going to be integrated with a whole bunch of different modalities," he says.

There are echoes of this idea in the old streetcar system, which integrated, for a time, with motorbus services and with larger rail systems.

It is also echoed by one of the Island's strongest proponents for rail transportation, the E&N Island Corridor Foundation.

Larry Stevenson, the Foundation's chief executive officer, is quick to agree with Martin's suggestion for a diverse transportation system.

"We need a transportation network," he says. "If you don't integrate rail with transit or ferries or airports, it's not going to work."

Vital to developing that system, in Stevenson's view, is an acknowledgement of how the streetcar system, and the defunct E&N service, failed and succeeded.

One factor in this assessment is an acceptance that these services are not going to be profitable, as the streetcar proved.

"Whenever you say the word rail somebody always jumps in and says It's not economical," he says. "Well, neither is a bus, and neither is a ferry."

A pre-feasibility study conducted by SNC Lavalin, for example, found that the Colwood ferry would be—at least—$30 million short of profitability over its lifetime.

What worries Stevenson is the concern that the longer we wait to take action on Island rail, and especially the E&N corridor, the harder it may be to keep it. Some plans call for ripping up portions of the rail, replacing it with a bike path, or developing partial HOV or bus lanes. Those possibilities carry a risk of losing the corridor altogether, according to Stevenson.

"We don't want to jeopardize the continuity of the corridor," he says.

Dunae says the end of Victoria's streetcar era can tell us something about how to manage the loss of the E&N corridor.

"I think the big lesson to be learned is that right of ways are vitally important," Dunae says.

There is also a parallel in how a broader social need can drive development. For the streetcar, a collective need for rationing during a time of war. For modern rail, it could be the need for climate action that helps spur us to renew rail service.

"I think the expectation that they will make a profit is probably unrealistic," Dunae says.

"But if the environmental imperatives trump the economic imperatives then maybe we can look forward to a resumption of mass transit."

After 50 years, the people of Victoria were tired of streetcars.

Another 70 years later, we may be tired of not having something like them. 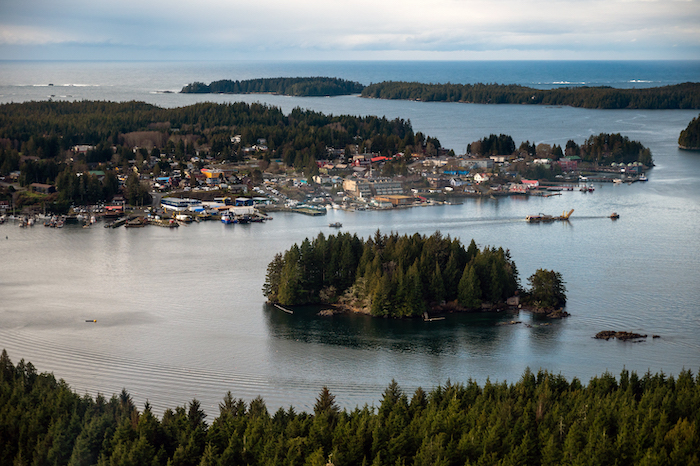 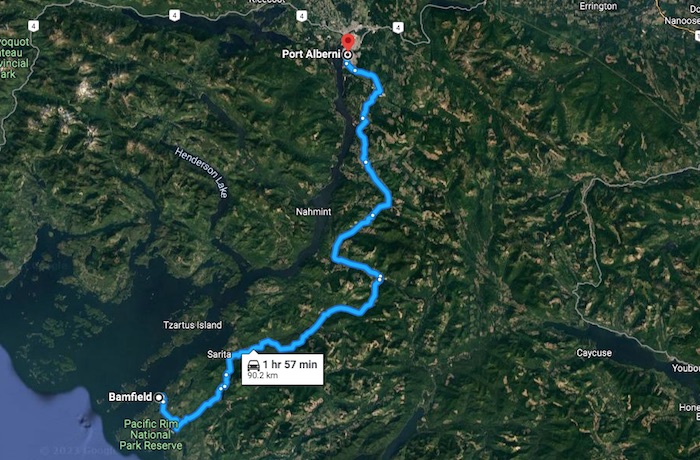 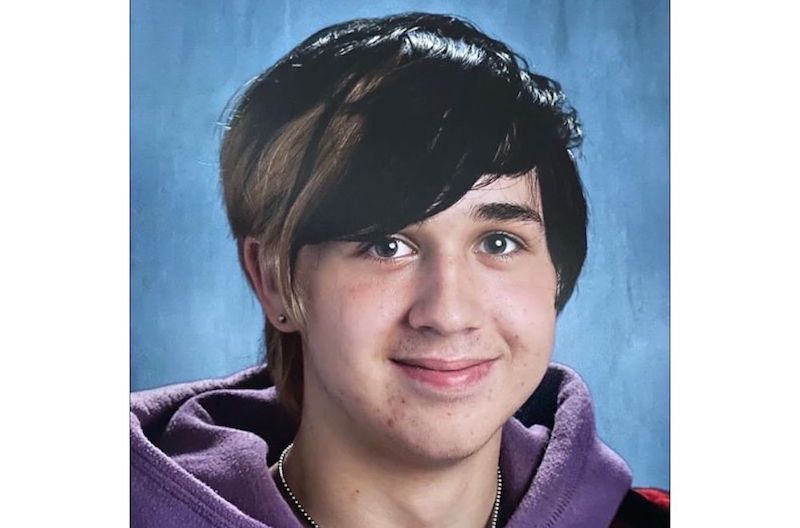