AI and machine learning tools raise concerns over academic integrity in Victoria's educational systems
Mental Health
News
Based on facts either observed and verified firsthand by the reporter, or reported and verified from knowledgeable sources. 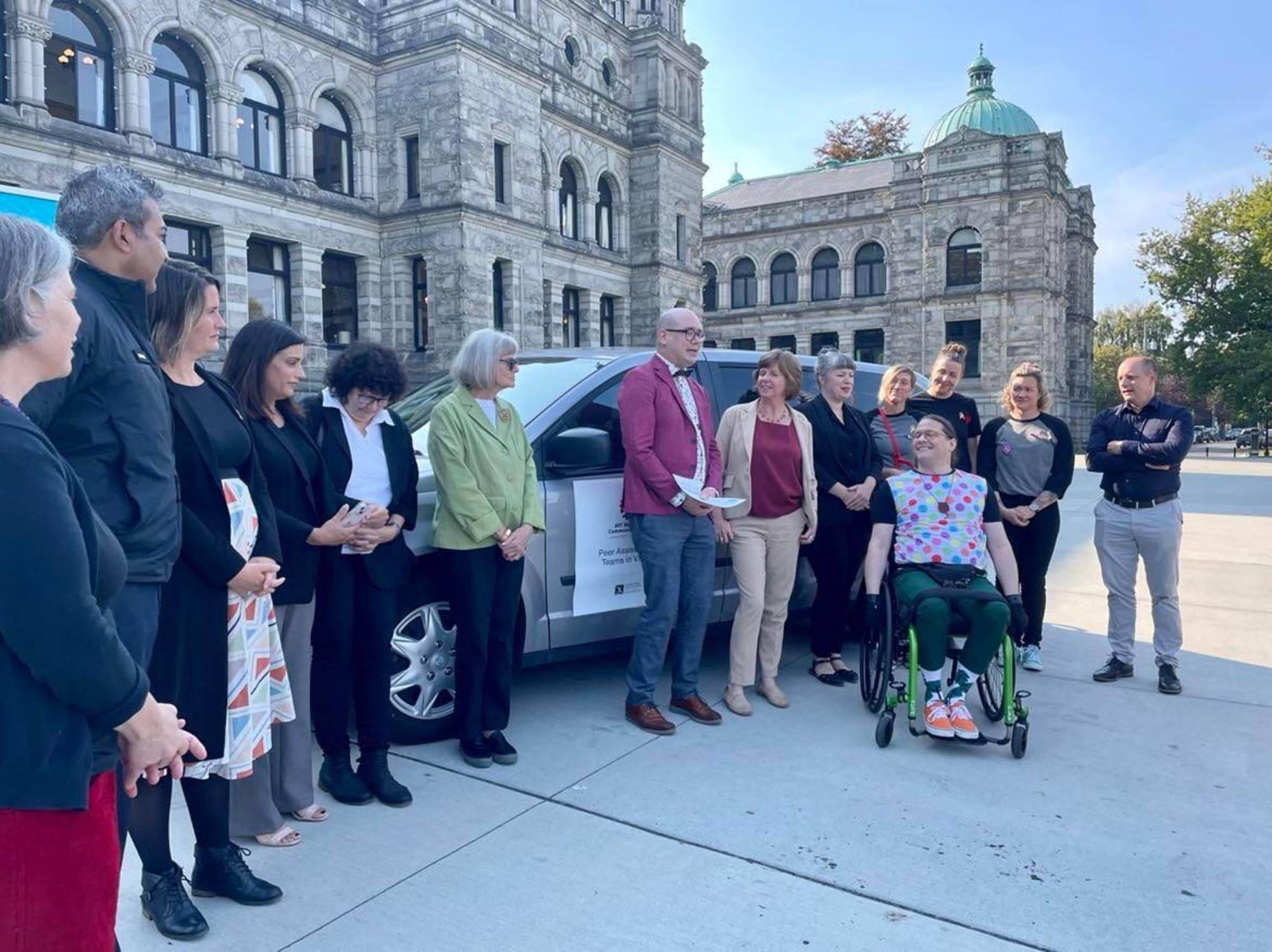 An alternative to police for some mental health calls that has been in the works for over a year is about to launch in Victoria, after some delay.

According to Jonny Morris, CEO of the Canadian Mental Health Association, the Peer Assisted Care Team (PACT) pilot project will hit the ground next month.

“They're just going through a really comprehensive multi-week training program right now and actually got some of that training [this] week,” Morris said. “The goal is early January—so it’s a bit later than previously indicated—for them to have a fully staffed, fully trained team to be responding to calls in the Victoria community.”

It’s a project that was spearheaded by former city councillors who assembled a task force in 2019 to examine different ways of responding to mental health calls.

This alternative has now manifested more than two years later in the shape of teams each made up of a peer worker and a mental health worker, who can be called instead of 911 when someone is in the midst of a mental health crisis.

The project has had public support from the Victoria Police Department, to an extent. After a presentation to council on Nov. 24, Chief Del Manak shared a story of a serious mental health incident that police had been to the previous weekend, as an example of a situation in which PACT would not be enough.

“Anytime that there are weapons, criminality, threats, or violence, or even threats of violence at a location, a civilian team—firefighters, paramedics, outreach workers, shelter workers—are not going to respond,” Manak said.

That said, Manak also observed that a civilian mental health team might prevent people from getting to the dire stage where they cause self harm.

“Maybe if there was a call made well before this individual reached the stage that they did…maybe a PACT team could have de-escalated, got this person to help and supports so that this call could have been prevented well before it happened on the weekend,” he said. “So I think there's hope.”

While PACT has been promised and postponed in Victoria for months, it has been up and running in North Vancouver for over a year.

‘A general appreciation for PACT members’

Tejal Barde, the manager of the North Shore PACT, is proud of her team’s success and said they are just getting started.

“An expansion is on our radar for sure,” Barde said. “Hopefully in the next year.”

The small team that operates Thursday to Sunday from 6pm to midnight has answered 790 calls for help—some in person and some over text messages—between November 2021 and 2022.

In that time, they had to call the police—either North Vancouver RCMP or West Vancouver Police—fewer than 10 times. Several of those police calls were made because the person who needed help was outside the PACT’s area of operation.

Barde attributes part of the team’s success to their ability to adapt to the needs of their community.

“We’re providing services in English and in Farsi and that’s just a start. We have a big Iranian population on the North Shore and we only operate one team per night for every day that we’re operating,” Barde said. “We have so much more work to do and we’re only just recognizing the gap.”

The team has yet to deal with an individual who had a weapon, but regularly de-escalates and comforts those who express suicidal ideation.

(What constitutes a weapon can sometimes be unclear, however. In the case of Michael Belfon, a 64-year-old immigrant from Grenada who experienced a violent response to his mental-health crisis last summer, police said he was armed but witnesses said he wasn’t. VicPD have still not answered any questions about why they treated Belfon with such force—an armoured truck, K9 unit, tear gas and pepper spray, and, ultimately, a plastic bullet.)

In North Vancouver, Barde said community members have spoken in support of PACT.

“There has been a general appreciation for PACT members being there in the moment for community residents,” she said. “We've also had people telling us that they didn't feel rushed when the team was with them.”

Another aspect of the civilian teams that have resonated is the lack of stigma associated with them. Barde has heard that people in crisis appreciate how discrete and confidential PACT is, which gives them some privacy in their moments of need.

This is in stark contrast to the way a police response can unfold.

Daniel Sands—who consulted on the Victoria task force that led to PACT—told Capital Daily about their experience with VicPD.

About five years ago, Sands was alone and suicidal and, recognizing they needed help, called 911. Soon, half a dozen uniformed officers were outside their door.

A civilian team, Barde said, will always get the person’s consent before entering their space, and establish a more mutual, voluntary process. Their data suggests that, most of the time, this approach tends to work.

Decisions about which community gets a PACT next doesn’t have much to do with where the need is greatest—that is, communities with the highest number of mental health calls—but is rather about which municipalities are ready for one.

“I think the natural questions right now are what might PACT look like in a rural, remote location,” Morris said. “What might it look like in the North or the Interior or in a Northern Island community too?”

The pilot project, once it launches in Victoria, will be as limited as the North Shore team—five people working in shifts, with a budget of $400,000 for their first year.

Here, as in North Vancouver, the team will have a dedicated phone line for people to call.

Victoria’s own ‘Car 87:’ New team of police and psychiatric nurse to answer mental health calls
Victoria’s about to get a civilian mental health team. Here’s how the same project fared on the mainland
Indigenous advocates optimistic about new Victoria substance use treatment facility
On stress leave with a service weapon: Victoria police officers with PTSD say the department is failing them
From streets to hospitals: Victoria and BC groups work on fixes for mental health-care system
Family calls for overhaul of Royal Jubilee’s psychiatric emergency services and Mental Health Act 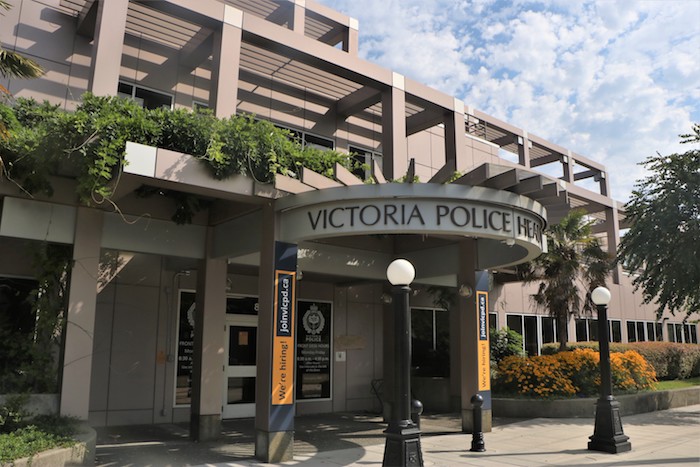 More details about the program, first launched in Vancouver, will be announced next week 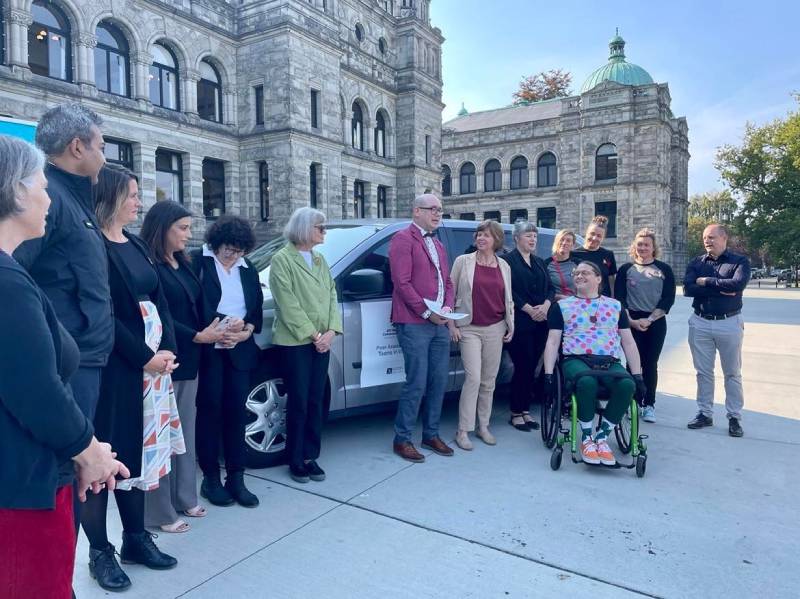 Victoria’s about to get a civilian mental health team. Here’s how the same project fared on the mainland
Out of nearly 800 calls, the North Shore PACT had to call the police for help fewer than 10 times 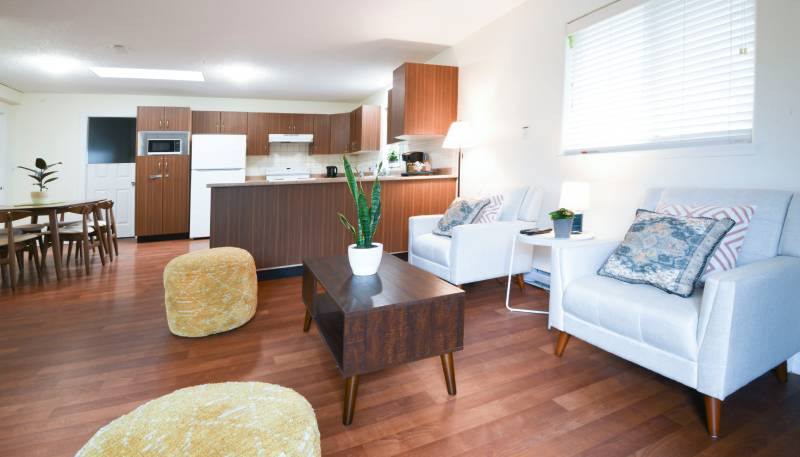 Indigenous advocates optimistic about new Victoria substance use treatment facility
The space was designed for women and non-binary people, after consultation with Indigenous groups