April 21, 2022
Get the news and events in Victoria, in your inbox every morning.
Thank you! Your submission has been received!
Oops! Something went wrong while submitting the form. 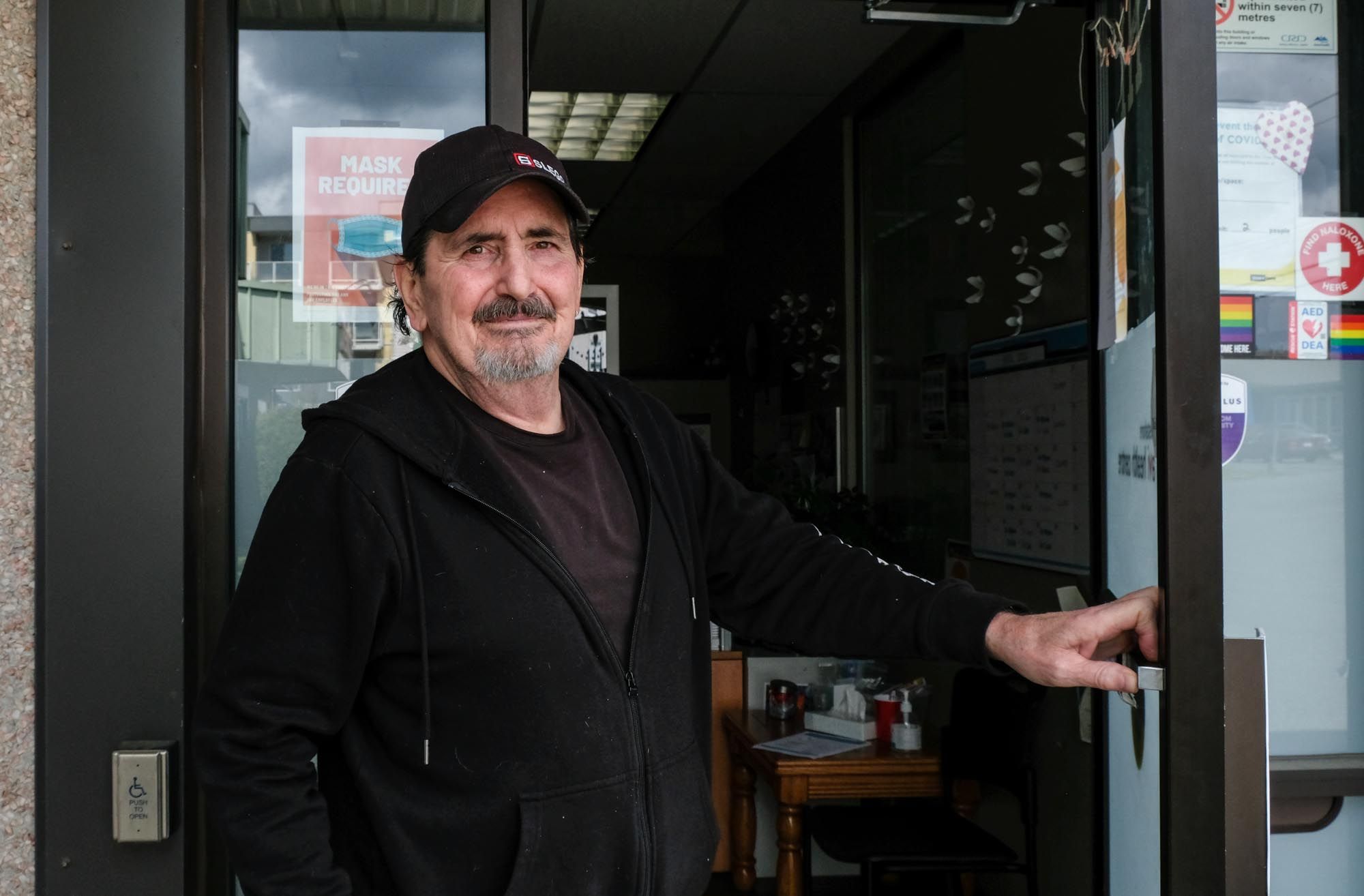 Four years ago a new kind of harm reduction clinic opened in Langford. It was the first substance use treatment facility on the Westshore, and also a unique wraparound clinic. The team wanted to support substance users with a team of family physicians, social workers, nurses, outreach workers, peer support, and harm reduction education.

Its success is staggering. BC’s average retention rate for patients on medications like suboxone and methadone—that is, how many patients continue treatment—is 50%.At Westshore AVI, it’s between 90% and 95%.The first patient to walk in was Terry Marion. He’d just moved to BC and needed a local methadone doctor. He met Dr. Randal Mason and for the first time, learned about harm reduction.

"I had never met a doctor that was so open and understanding," he said. "Most doctors that I’ve seen, right away they’ve pegged you: you're an addict, so you're not trustworthy. There’s all this stigma and preconceived notions of what an addict is."

But not at Westshore AVI. "If you come to that door, they'll make a way to help you," he said. Marion now runs the peer support group that meets weekly in the clinic, and he teaches harm reduction workshops.

But all of that is about to change. AVI and the doctors—there are now four including Dr. Mason—made the hard decision to close the clinic, as of July 15, and transition as much of its services as they can into the new Colwood community care centre that will operate out of Pacific Centre Family Services Association (PCFSA).

In January I reported on this clinic, and about how the need on the Westshore was invisible until the clinic opened and filled up within the first year. I also reported on the challenges of getting stable funding. Therein lies the rub.

The main source of funding for Westshore AVI is the physicians’ fee-for-service billing system BC uses. Dr. Mason can bill $34 for a patient visit, and potentially another $30 a week for a patient on opioid agonist therapy. Between the four part-time doctors at Westshore AVI, it’s not enough to cover the wraparound care they envisioned.

"Providing care, to people who are using substances in a manner that's patient-centred and trauma-informed is fairly resource-intensive," he said.

The way BC’s health system sees it, Westshore AVI is a unique combination of primary care and mental health and substance use services. There’s funding for each, but not together. Westshore AVI’s creative combination was caught in the middle.

"We were too innovative. We were ahead of our time, providing a service that was really integrating mental health and substance use care with primary care," Dr. Mason said.

As frustrating as it is to close the clinic, Dr. Mason says PCFSA is an ideal partner. They’ve been providing mental health care in Colwood for decades, and the new community health centre will host other family doctors and wraparound care.

That clinic isn’t going to be focused on substance use treatment, however. So some Westshore AVI patients are worried about what will be lost.

"The part that worries me is it sounds like they’re trying to take this place and turn it into how everywhere else is. They’ll turn it into a 50% return rate institution," said Sean, who’s been a patient at Westshore AVI for three years. PCFSA is being renovated right now and they haven’t confirmed if there will be enough space for the peer support group and if other harm reduction workshops will be able to keep operating.

Three of the four doctors will move to Pacific Centre, along with all the patients who see them as their primary physicians. But the medical office assistants, nurses, and outreach workers are a major part of what makes Westshore AVI so successful and it’s unclear how many of them will transfer.

There’s also a contingent of patients who do have a separate family doctor who doesn’t provide opioid agonist treatment. Island Health has committed to making sure something opens on the Westshore for those patients to continue getting treatment, but the plan isn’t finalized.