February 24, 2021
Get the news and events in Victoria, in your inbox every morning.
Thank you! Your submission has been received!
Oops! Something went wrong while submitting the form. 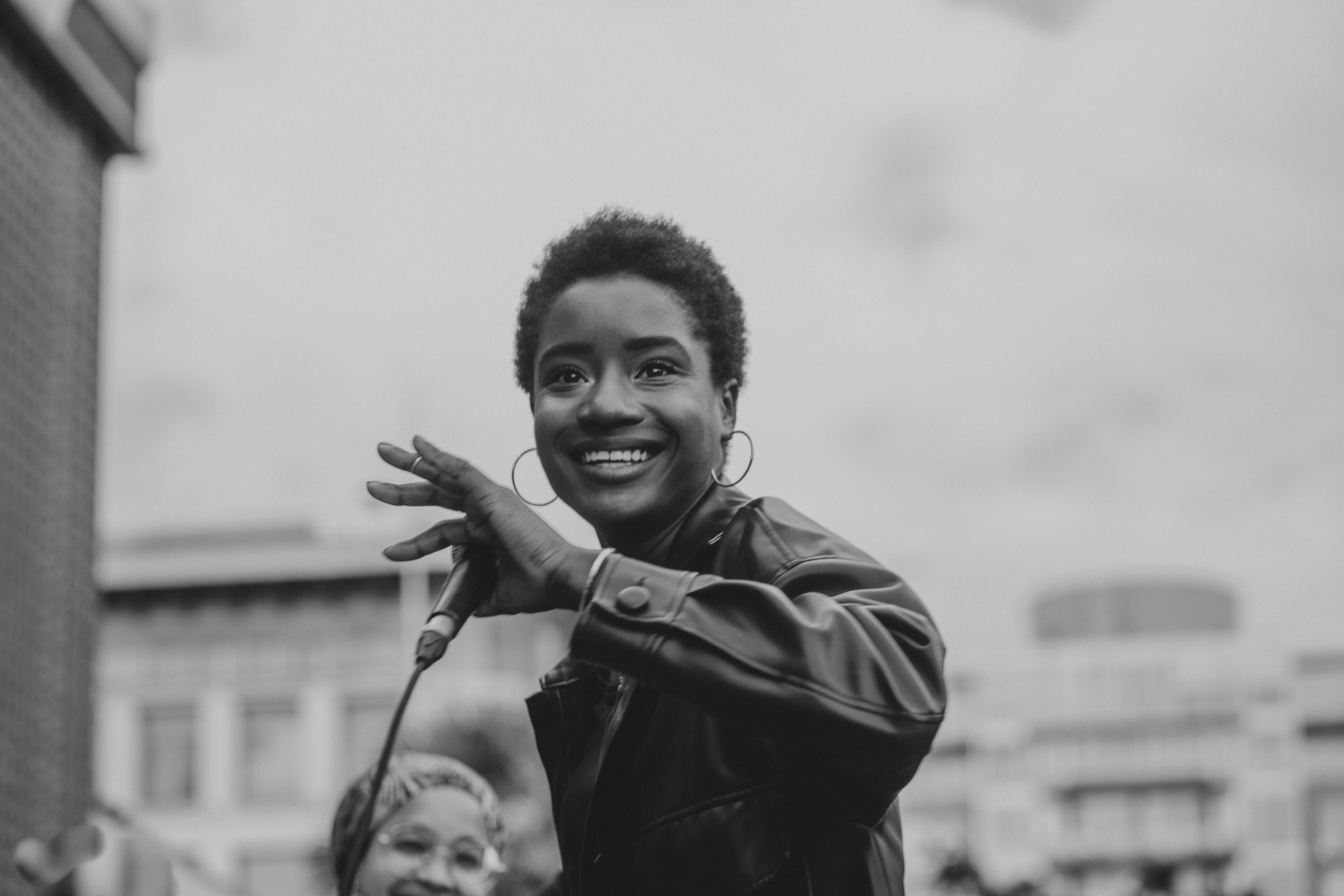 As a self-proclaimed introvert, Vanessa Simon was surprised to find that speaking in front of 9,000 people at Victoria’s largest Black Lives Matter rally last summer didn’t make her nervous.

“I think when you're so passionate about something, all your fears just go out the window,” said Simon. “If you know that there's people standing behind you, rooting for you, it's completely life-changing.”

The 26-year-old from White Rock, BC had just met most of those people a few days prior to the June 7 rally, but already found a community in the Black people and allies who showed up, when before, she had felt alone.

“I didn't have really a sense of community here, and I had experienced microaggressions as well as just plain racism in Victoria.” she said. “The [Black] community is kind of fractured—there's little pockets of Black community everywhere.”

Simon moved to Victoria from the Lower Mainland in 2016, but her awareness of the lack of a support system here became heightened in the summer of 2020.

That’s when rallies to protest police brutality against Black people broke out in North America and around the world, sparked after former Minneapolis PD officer Derek Chauvin killed an unarmed Black man, George Floyd, by kneeling on his neck for eight minutes and 46 seconds.

Watching video after video depicting police brutality, and seeing her friends in Vancouver attend rallies to protest systemic racism, Simon felt more alone than ever in her experiences in Victoria.

So, after some urging from her friends from the mainland, she decided to create a Facebook event page and start a protest in Victoria on June 1, not knowing how many people would show up.

“I had no idea what was gonna unfold, but the community definitely came together...even though it was so last-minute,” said Simon.

About 700 people attended that rally, marching from Centennial Square to the Legislature building. Through that first march, Simon met Pamphinette Buisa and Asiyah Robinson—two women who introduced her to other Black people in Victoria and helped organize the second, much larger protest in Centennial Square on June 7.

Simon estimates that around 9,000 people showed up at that second rally, to hear Black people and People of Colour relay their encounters of racism, and to stand in solidarity.

“Personally I was floored with the amount of people that showed up, but I was actually more taken aback by the amount of Black people that were there,” said Simon. “It's nice to have allies, but just to see my community, standing behind me; it was just amazing.”

Unlike protests in other parts of the world, the BLM rallies in Victoria did not focus on calling for defunding the police mainly because of a lack of awareness about issues that plague BIPOC in the city among the rest of the population, according to Simon.

“I think in order for us to create change within a community, you need to have a community to start,” she said.

Instead, the Victoria rally had multiple speakers talk about their own experiences of police brutality and microaggressions while thousands listened and stood by in a powerful display of solidarity.

At a personal level, while the rallies led to Simon finding a network of Black people and allies in Victoria, it also exacerbated feelings of inadequacy and estrangement with her community.

Having grown up with adoptive white parents in a white neighbourhood, Simon’s sense of belonging has always been somewhat fractured, ever since she was a child. She was once again reminded of her upbringing last summer, during the rallies.

“This summer was very hard because a lot of people from my community felt that I wasn't a good representation because I hadn't fully lived the Black experience, even though I have experienced just as much racism as the next person,” she said, noting the times she’s been eyed with suspicion while out in public or had to listen to the ‘N’ word being used repeatedly in classrooms.

“Self-identity and what it means to be Black has really been on my mind a lot even in the past week [with] people asking me to speak for Black History Month and me feeling I'm not Black enough to speak for the community. It's been a challenge for me."

As a result of these feelings and her own introverted nature, Simon says she has declined several interviews in recent weeks, and taken a step back from speaking for the Black community.

“I'm just being patient with myself in the process...taking the time to find myself and just doing a lot of reading and soul-searching, as they call it,” she said.

Originally meant to help build and inform anti-racism policies, the group now has members who work in outreach, trying to help vulnerable communities around Victoria.

Simon, in particular, says she sets up meal trains for people at Beacon Hill Park, reaches out to the unhoused community with other members of Capital BLACK, and starts conversations while handing out essential items like granola bars and water.

“So often people will just walk by and kind of disregard [unsheltered people]. Often people will complain about their existence, which is just not okay. And I think that's also similar with [what the] Black community experiences,” said Simon.

“I always had a passion for that sort of [outreach] work, so I was doing that work before, but then the rallies helped me create different connections and [find] communities where I could help support more.”

But as with many other aspects of pandemic life, Zoom is a poor substitute for real human interaction. Simon believes the goal of creating a space for Black people in Victoria has been hindered by resurgences of the COVID-19 pandemic.

“It's like all these Black people met, and then we've all just dispersed. We haven't been able to have a community space or a community event,” said Simon.

“Yes, there's a bunch of online events, but that is just completely not the same as interacting in person.”

Since the conversation was sparked last summer and hundreds of people spoke out in solidarity with BIPOC experiencing racism, Simon says the momentum and support from allies has also died down significantly.

“I have a degree in psychology and I'm definitely aware of how humans interact and how they capitalize on certain situations,” she said.

The same group of people who proudly stood up against racism in Centennial Square on June 7 failed to show up the next time there was a similar protest a few months later in October—this time, to stand against police brutality in Nigeria.

On some level, despite the large scale mobilizations of summer 2020, Simon believes people in predominantly white cities like Victoria still live in a bubble, oblivious to the experiences of BIPOC or unwilling to offer consistent, meaningful support.

“We can’t do this alone. If you see systemic racism, or even just microaggressions, stand up for people [and] don't let it continue to happen,” said Simon.

“But I know the bystander effect is quite high in Victoria, and I’ve still witnessed it, unfortunately.”