AI and machine learning tools raise concerns over academic integrity in Victoria's educational systems
Education
News
Based on facts either observed and verified firsthand by the reporter, or reported and verified from knowledgeable sources.

January 24, 2023
Get the news and events in Victoria, in your inbox every morning.
Thank you! Your submission has been received!
Oops! Something went wrong while submitting the form. 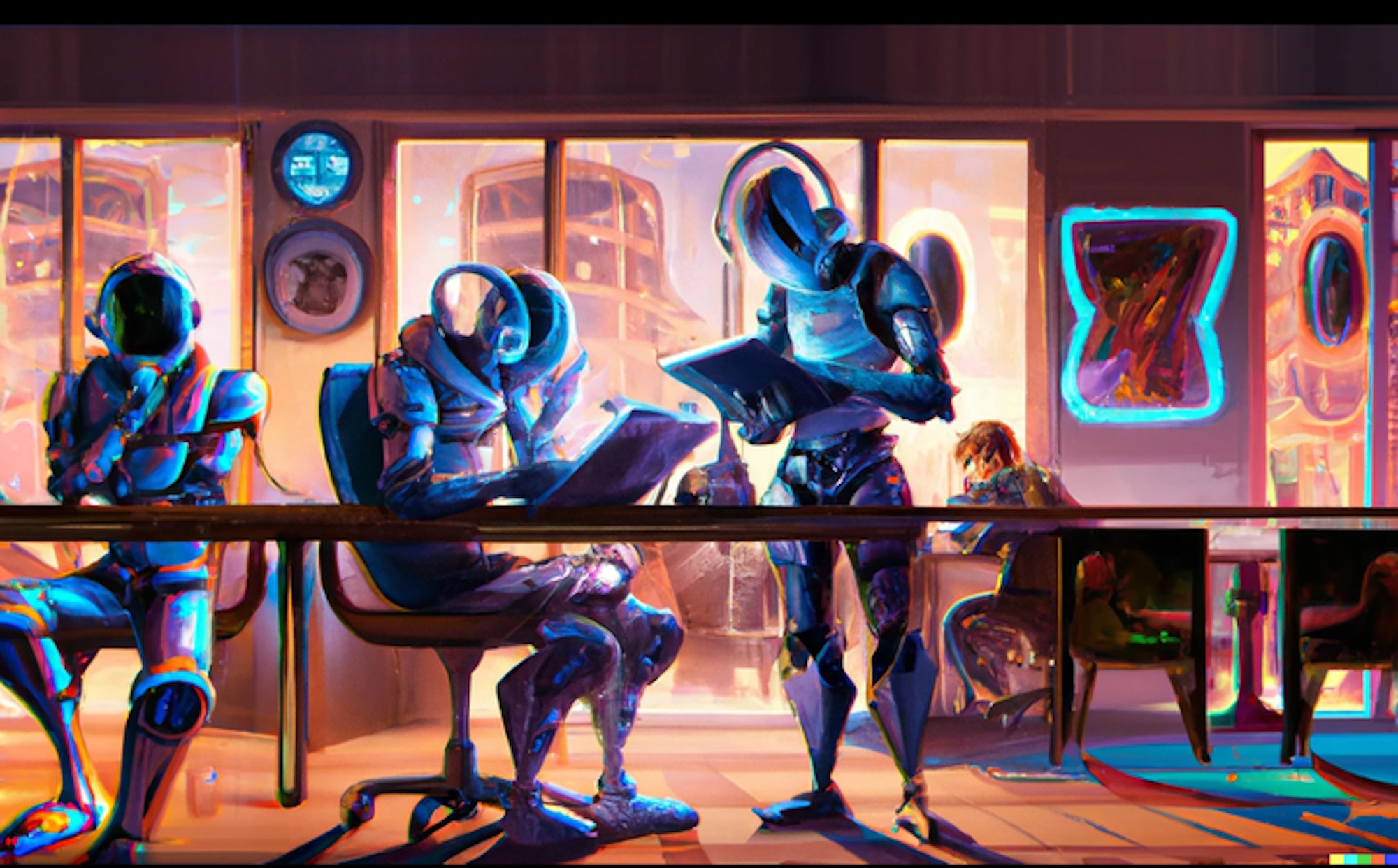 Fresh developments in AI and machine learning have brought new anxieties to how students learn and how they can be graded. But education advocates say it may just be the opportunity for Victoria’s schools to move toward better ways of learning.

In early January, a UVic department responsible for teaching innovation and learning support published a notice that was sent out to university instructors.

“You may have heard about the newest tool, ChatGPT, released by OpenAI in late November,” it began. “This has raised concerns at UVic regarding academic integrity.”

ChatGPT, a free-to-use chatbot by OpenAI with backing from big names in technology, including Microsoft and Elon Musk, is able to convincingly and quickly output basic essays, answer complex math questions and write code—all to varying levels of accuracy—with just a simple question prompt. It can write a play about squirrels planning a school dance featuring Karl Marx, or convincingly imagine a five-year-old girl’s interview with Richard Nixon. It even helped write the headline for this story. A different AI program, also by OpenAI, generated the image at the top of this story.

“People are properly freaked out about it, and not just at UVic,” said English professor Stephen Ross, referencing the blitz of media coverage that has accompanied its public launch: The New York Times alone has reported neary 40 stories and 15 opinion columns on ChatGPT, including how it’s seemingly challenging universities, public schooling, perhaps even democracy itself.

On a UVic-focused subreddit, a user asked: “Did English majors just become obsolete with ChatGPT?”

The university itself is wrestling with the implications of that question in the notice from the teaching support department.“Given the increasing sophistication of these artificial intelligence type tools,” the notice reads, “they have the potential to undermine students’ desire and opportunities to demonstrate their learning.”

ChatGPT is challenging the way universities think about student’s progression through their degrees, said Valerie Irvine, a professor of educational technology at UVic.

The grades handed out in the cavernous amphitheater classrooms where UVic’s high capacity first-year courses are taught act in part to filter some students out.

“It comes down to the economics of having one instructor’s pay for 1,000 students in first-year [classes], so that it can subsidize the smaller classes later on,” Irvine said. Some separating of the wheat from the chaff is required.

As an instructor with that many students, “You’re not going to be able to mind-meld with me and come out with what my true score is,” Irvine said. “You’re going to give me an assessment.”

Academic literature shows current assessment methods are already flawed and prone to inaccuracy in that important sorting stage of a student’s academic career. ChatGPT has the potential to further muddy the waters.

So far, Ross is not aware of anyone using ChatGPT in his classes at UVic. But he’s seen output from the program that he described as “alarmingly good.”

Using AI to complete evaluations is a breach of academic integrity at Camosun College, falling under a category of academic misconduct that includes entries such as cheating, fraud, and plagiarism, said a Camosun College spokesperson. But it’s up to the instructors to enforce the policy, if they are able to.

“As AI technology becomes more ubiquitous, we continue to rethink teaching, learning, and assessing students’ learning outcomes in concert with these tools,” said UVic vice president and provost Elizabeth Croft in a statement to Capital Daily.

Students at UVic cannot submit AI-assisted work as their own, but instructors may allow such tools to teach students the “benefits and limitations” of the emerging technology on a case-by-case basis, UVic clarified in a following statement.

Ross thinks there may eventually be a way to prevent cheating—but nothing of the sort exists yet.

“I’m sure some enterprising start-up is already working on a program that will be able to catch AI-generated work, soon to be for sale to universities and colleges around the world,” he added.

Camosun is actively reviewing and adding content in self-registered academic integrity courses in response to the prevalence of AI tools like ChatGPT.

When asked to write essays, ChatGPT has a tendency to make references to non-existent academic papers. It also fails simple counterintuitive math problems—and sometimes even cheats itself—among other flaws that have been pointed out since its launch. Its outputs would be even more problematic, if not for the Kenyan workers that were paid less than $2 an hour to help sanitize the vast datasets that ChatGPT relies on, according to an investigation by TIME Magazine.

Still, some academics have started using ChatGPT as an aid with their writing and research. It’s possible to expand the mind and compare the AI tool to other writing aids like Grammarly and spell check, Irvine said.

“If faculty are learning how to use it as a tool in the work that they do, then surely we need to find ways to work with learners to use it as a tool,” said Irvine, who also sits on the province’s digital learning advisory community for post-secondary institutions.

Some are pushing the issue until later: the New York public school system has banned ChatGPT access for its students, citing concerns of misuse and misinformation. In Victoria, there’s a more optimistic tone.

The Greater Victoria School District is assessing the potential impacts and opportunities that ChatGPT is bringing into classrooms, said the district’s communications manager Lisa McPhail.

“We understand these are services that will continuously evolve the digital landscape and the way we communicate,” McPhail wrote in an emailed statement. “We will continue to analyze ChatGPT and explore how it could benefit students and staff.”

Academic integrity policies are defined by individual schools, she added. For example, in Oak Bay High School, students are expected to present their own work. The school’s code of conduct explicitly forbids the plagiarism of other people's work. But there’s no mention whether students can submit AI-generated content that they directed via chat prompt. McPhail did not answer whether students are permitted to turn in homework that’s been partially created or fully created by AI or machine-learning tools.

In response to questions, the Ministry of Education and Child Care shared some methods teachers are using to avoid dishonest work, including having students submit drafts of their work in progress; requiring documentation of their research processes; or asking students to summarize parts of their work without a computer.

While schools across the continent are developing strategies in response to the emerging technology, one downtown Victoria high school has embraced it.

“The concern is that someone’s going to go get the machines to do your work for you,” said Jeff Hopkins, founder and principal educator at Pacific School of Innovation and Inquiry. That’s not a problem at his school, where about 120 students and their teachers work together to create their own learning goals and ways to achieve them.

“We will sit with the learners to talk about their process,” Hopkins said, “So it’s very, very easy to see if someone has been involved in the creation of the product.”

A day in class at Hopkins’s school doesn't follow class schedules. Students approach projects that they’ve chosen at their own pace: whether it's learning game theory to make board games, creating new programming languages, or figuring out the ins and outs of entrepreneurship.

“If we really think about what it is we’re supposed to be assessing—which is learning, and not products—then ChatGPT should not be a threat,” he added.

Hopkins is a former superintendent at the Gulf Islands school district who left the public education system a decade ago to start his own school in an attempt to change the system from the outside. The Pacific School of Innovation and Inquiry is compliant with BC provincial school standards and partially funded by the province. The tuition parents pay ($7,850 per year) brings the school’s funding to similar levels of public schools in the rest of Victoria, Hopkins said.

“The intent is to show a proof-of-concept and a track record, and build all the supports required so that this could get implemented back into the public system,” he said. The student-to-teacher ratio is 16 to one, also similar to the Greater Victoria School District.

Earlier this year, the school ran a session on using ChatGPT at a student’s request. She had wanted to see if the program could write a weather report in the style of a particular author, Hopkins said. It turned out to be hilarious, and sparked further conversations about style in writing and applying it to unexpected contexts, he said.

Imagine a newscast that was written by Dostoyevsky, he asked. What other inspirations could be sparked from the depths of ChatGPT? 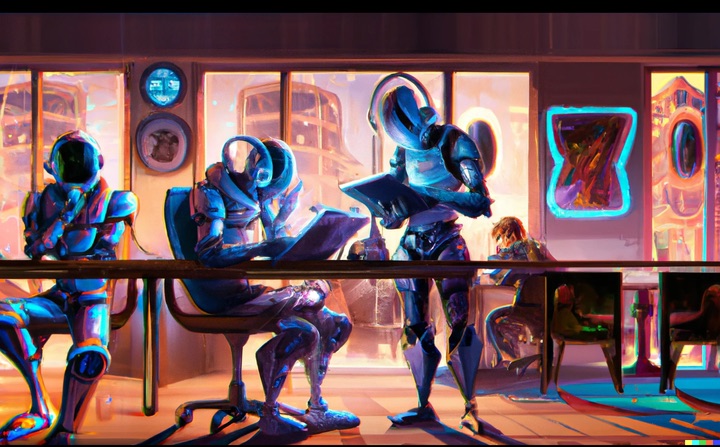 Capable of writing essays and answering complex questions, ChatGPT is challenging traditional methods of learning and assessment in Victoria and beyond
No items found.