Earthquakes recorded over the past 30 days. Photo: Natural Resources Canada

AI and machine learning tools raise concerns over academic integrity in Victoria's educational systems
Science
News
Based on facts either observed and verified firsthand by the reporter, or reported and verified from knowledgeable sources.

January 6, 2023
Get the news and events in Victoria, in your inbox every morning.
Thank you! Your submission has been received!
Oops! Something went wrong while submitting the form. 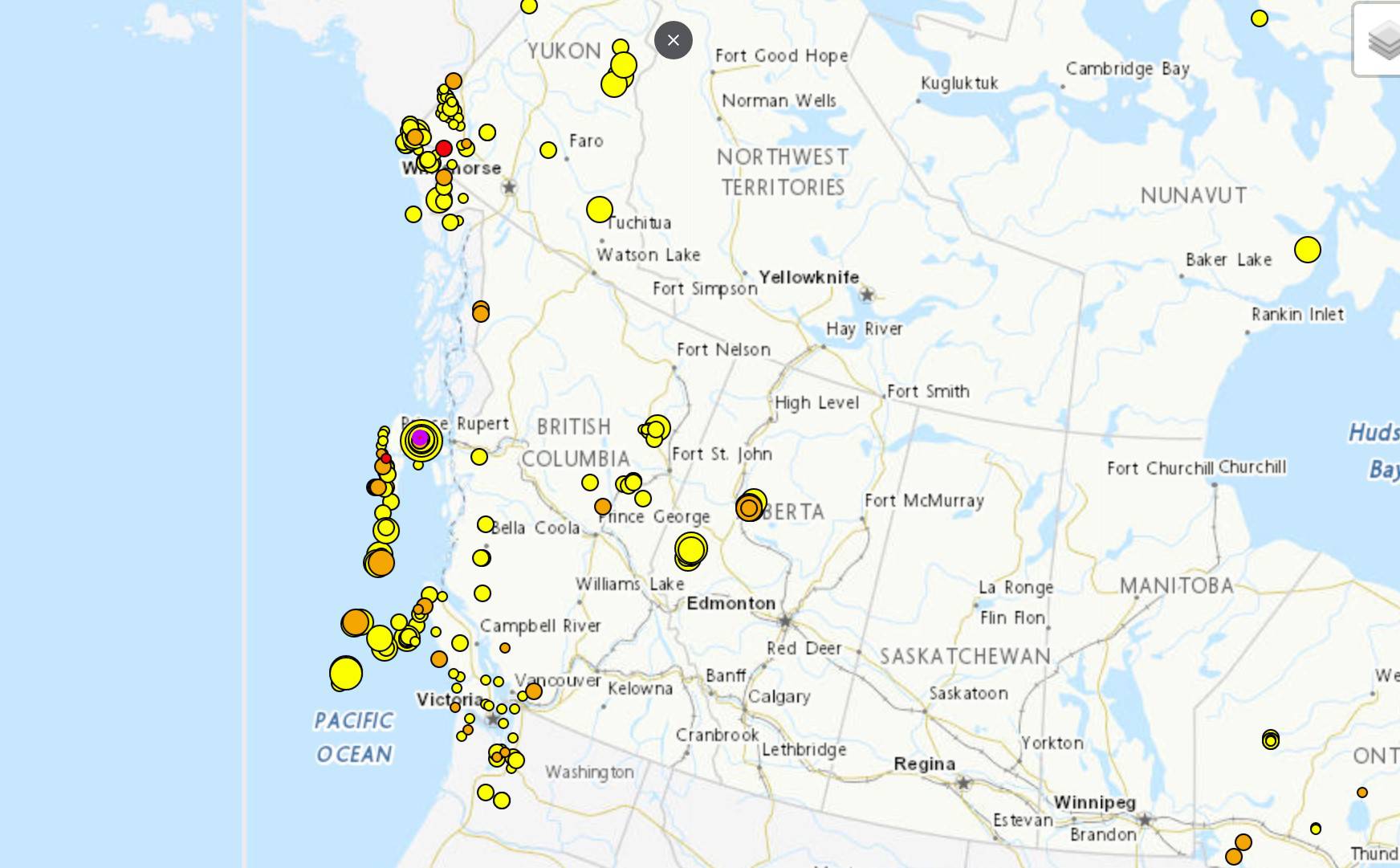 Earthquakes recorded over the past 30 days. Photo: Natural Resources Canada

In early January, seismologist John Cassidy noted seismic stations were picking up hundreds of tiny tremors across the centre of Vancouver Island.

The small tremors—unnoticed by Island residents—were reminiscent of the growing and waning ground vibrations of a passing train, unlike the large shock waves caused by an earthquake.

This is a phenomenon that was only discovered a couple of decades ago. As technology and sensors have improved, and knowledge of the tectonic plates over which we live has grown, these tiny tremors—known collectively as Episodic Tremor and Slip or ETS—are being picked up by seismologists every 14 or 15 months.

Is #ETS back to start off 2023?
633 tiny tremors (not felt) have occurred during the past week on west-central #VancouverIsland between Nootka Island and #Tofino. The last ETS event in this area was in Oct. 2021.
ETS:https://t.co/M6SpDeKKSw#PNSN monitor:https://t.co/GbXdBrv4T6 pic.twitter.com/YCGRpD5sMx

The phenomenon isn’t a cause for concern, Cassidy said, but it is fascinating.

Vancouver Island is moving ever so slightly, at a rate of about one centimetre per year, towards the mainland; but every year or two, it slips back a few millimetres causing the ground to vibrate.

ETS is also observed in Japan, Chile, and Mexico—anywhere where an ocean plate is being pushed beneath the continent.

“The most important thing about these ETS events is they simply remind us that this is a very active subduction zone,” Cassidy said. “It’s a region where big magnitude 9 earthquakes have happened offshore in the past—and they will happen again in the future.”

Typical year for earthquakes in BC

It’s been decades since a major earthquake struck off the coast of BC. The last big one, reaching a magnitude of 8.1, hit Haida Gwaii on Aug. 21, 1949, causing chimneys to topple, windows to shatter, and cows to be knocked off their feet. Every smaller earthquake that has happened in the years since has added to the understanding of where earthquakes happen and how they shake the ground so we can be prepared for the next big one.

There were around 2,500 earthquakes in BC in 2022—a fairly typical year, Cassidy said. The vast majority of these earthquakes were offshore, and they were almost all small—only about a dozen were actually felt by British Columbians.

The most active regions in the province are around Haida Gwaii, where the Pacific tectonic plate comes into contact with the North American plate, and the waters off the North Island, which typically experience a magnitude 5 or 6 earthquake every year. (The largest earthquake of 2022, a magnitude 5.3, hit offshore directly to the west of Port McNeill.)

Two hundred and seventy two earthquakes happened within 100km of Victoria last year, the largest of which was a magnitude 3.5. Cassidy said damage typically doesn’t happen until they reach a magnitude of 5—and even then it depends on where the earthquake hits.

First Nations’ traditional knowledge included detailed tellings of tsunamis and earthquakes on the Island, but it wasn’t until 30 years ago that researchers began to catch up and understand that this region could be susceptible to major earthquakes. Detailed data has been collected since the early 1990s when Vancouver Island became the first place to continuously monitor how the surface of the Earth is moving. Through researching layers of sand, listening to Indigenous oral traditions, and learning from the thousands of small earthquakes that happen here on a yearly basis, researchers have since been able to determine that 19 magnitude 9+ earthquakes have happened in this region in the past 10,000 years.

Even in a typical year like 2022, every small earthquake is recorded and analyzed to pin down precise locations of faults, how those faults are moving, what sort of ground motions result from those earthquakes, and what areas are at the greatest risk.

“And we can use that information to predict ground shaking from the next one. All of that is in our building code,” Cassidy said. “If you don’t know about something, you can’t prepare for it.”

The building code requires buildings to be strong and flexible enough to withstand the force of an earthquake, but many older buildings were not built with this in mind. A 2019 study out of UBC showed that 30% of the City of Victoria’s buildings are at a high risk of complete damage in the event of a major earthquake. Buildings at a higher risk tend to be older structures made of concrete or masonry, and those built on soft soil.

Buildings can be retrofitted to make them more seismically sound, but it can be expensive. The nearly 150-year-old Victoria High School is currently undergoing seismic upgrades at a cost of $77.1 million.

Victoria also has some of the oldest underground infrastructure in Canada, much of which could suffer damage in an earthquake. Work on a $53.8-million infrastructure renewal project began in 2021 which will help earthquake-proof water distribution, sanitary sewer, and stormwater systems.

There is still no way to predict when an earthquake will happen, so making sure that our cities are built to withstand earthquakes and that residents are prepared is key, Cassidy said.

A project that is currently in progress is an earthquake warning system. Using hundreds of instruments set up across the continent, the system will be able to quickly locate an earthquake and send out information to communities seconds before the shaking is felt.

“It might only be a few seconds, or it might be 10 seconds or 30 seconds of warning,” Cassidy said. “So, it’s not enough time to drive to the Malahat or anything, but it is enough time to warn you to get under a desk or under a table, away from windows, away from cabinets that might fall over; to stop cars from going into tunnels or under bridges; to stop trains; to warn surgeons to put down their scalpels before strong shaking arrives.”

The earthquake warning system is expected to be rolled out in a little over a year. But with that, it’s important to know what to do when an earthquake does happen. ShakeOut BC reminds British Columbians to drop to the ground, take cover under a desk or table, and hold on until the shaking stops.

Gregor Craigie, host of CBC Radio’s On The Island and the author of the earthquake book On Borrowed Time also recommends getting to know your neighbours—resilient communities are those with better connections—and, for those who can afford it, having an engineer look at the stability of your building.

You should also prepare your home by securing large furniture such as bookshelves to walls. Every household should also have an emergency kit ready with a flashlight, cash, important family documents, a can opener, and enough food and water for 72 hours. More information on how to prepare yourself can be found on the CRD’s website.

“When we talk about earthquakes it can be very frightening and people think that there’s really nothing they can do,” Cassidy said. “But the opposite is true. If we’re prepared, if we know what to expect, and our buildings are designed to withstand shaking, then we can do very well during large earthquakes.”

The one thing that could save Tofino

From small shakes to tangible tremors, BC’s earthquakes are helping scientists prepare for the big one
UVic’s first satellite launch delayed by stormy weather
How ‘water detectives’ are protecting cities from flooding and scarcity, one stream at a time
How a Victoria nonprofit obtained Canada's first medical exemption for magic mushrooms
Even after dying loved ones become unresponsive they can still hear you: UBC Study
Why the Southern Resident Killer Whales are Dying 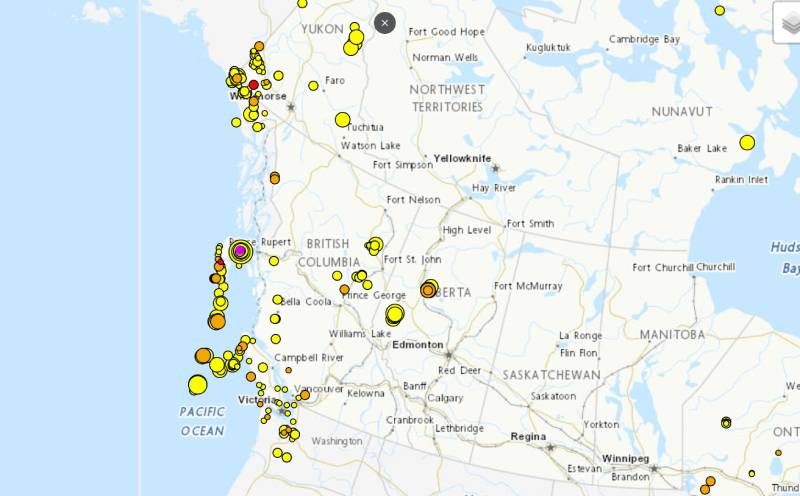 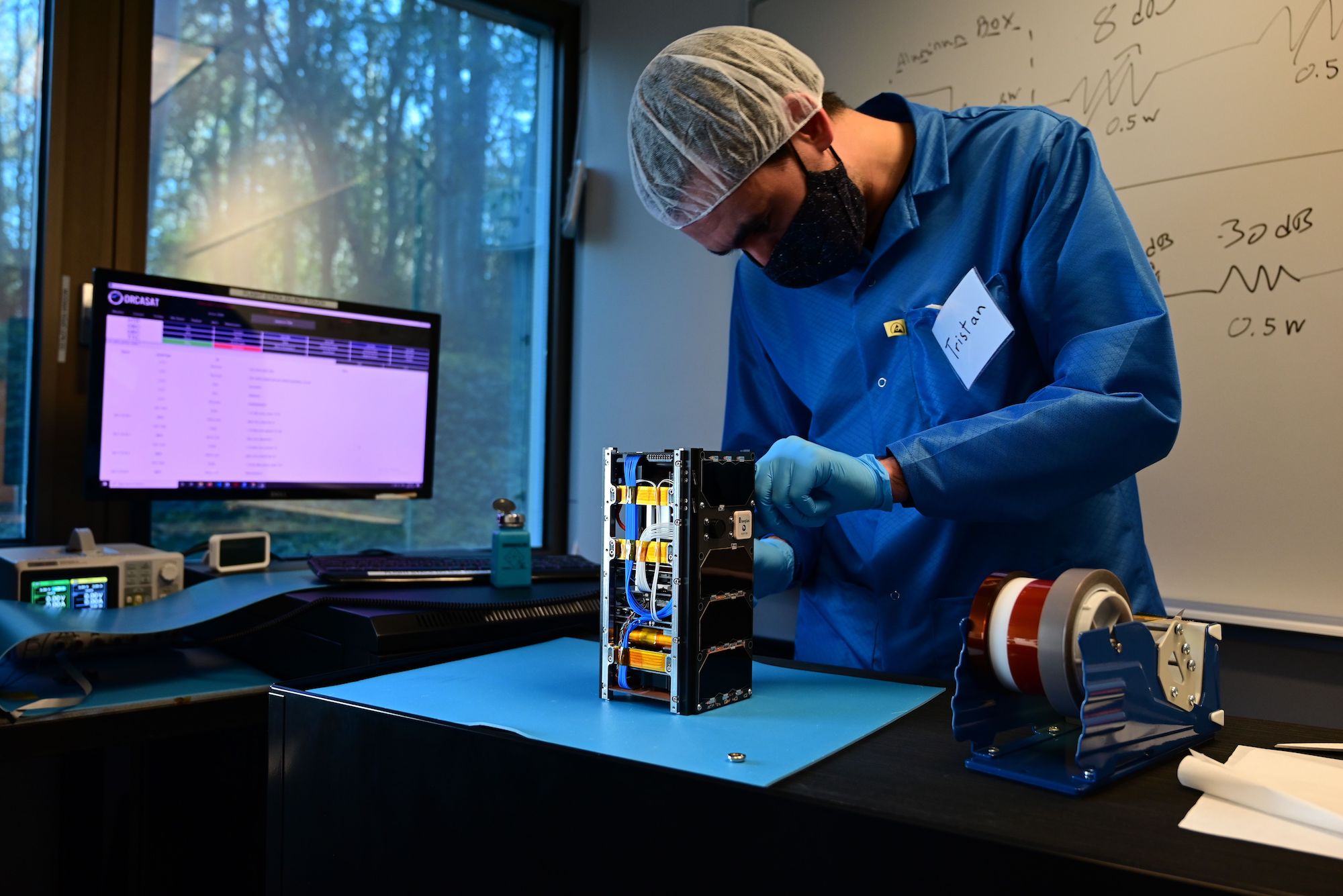 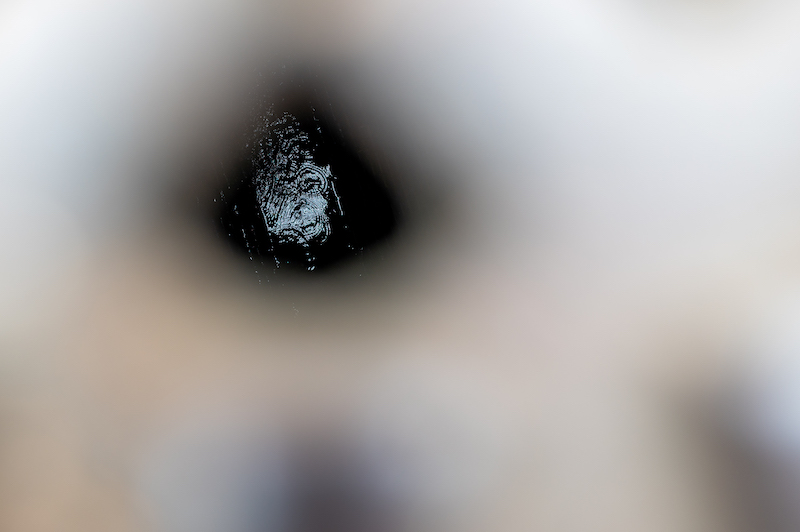 How ‘water detectives’ are protecting cities from flooding and scarcity, one stream at a time
From San Francisco to Victoria, the key to taming water is giving it what it wants.