Four Victoria lakes you can bike to this weekend
Environment

May 19, 2021
Get the news and events in Victoria, in your inbox every morning.
Thank you! Your submission has been received!
Oops! Something went wrong while submitting the form. 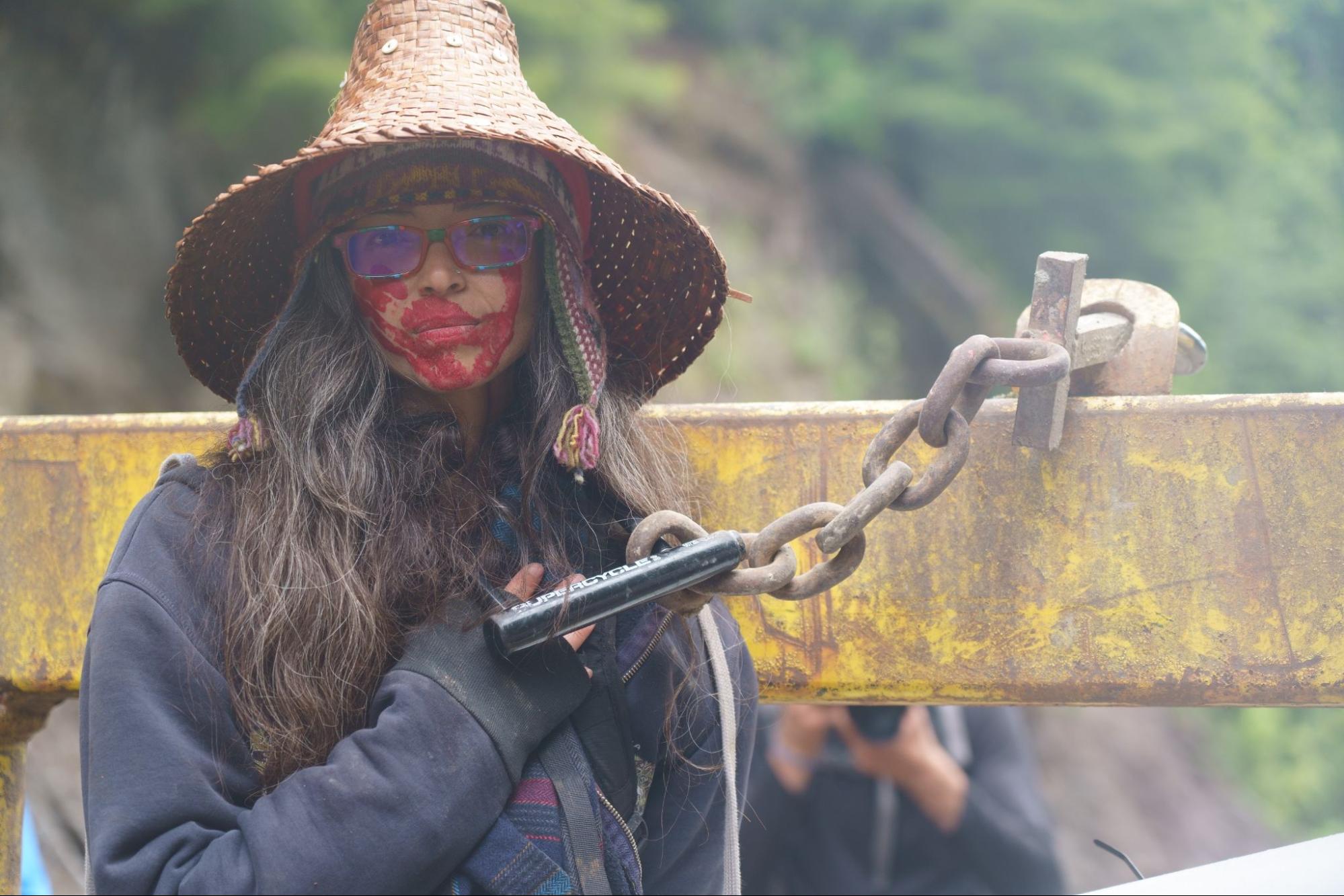 Many kilometers down a remote logging road outside Lake Cowichan, old-growth forest protesters, some chained to structures welded into the ground, readied themselves for police action. They were bracing themselves for the moment they had known was coming since at least April 1, when an injunction authorizing RCMP to clear blockaders on behalf of Teal-Jones was passed in BC’s Supreme Court.

RCMP have established an exclusion zone blocking access to the Fairy Creek and Caycuse watersheds in tree farm license 46. No members of the public are allowed past, and media access has been fraught with difficulty, prompting condemnation from the Canadian Association of Journalists, among others.

Members of the media who showed up on Monday, May 17 were turned away, prompting comparisons to the Wet’suwet’en protests in 2020. Later that night, RCMP issued an invitation to media members for a guided press tour of the blockade early Tuesday morning. Around midnight on Monday, Ricochet Media reported that after threatening legal action, two of their journalists were able to enter the exclusion zone.

It wasn’t the last media resistance that would happen that day as journalists pushed back against severe—and in some cases potentially unlawful—restrictions on their ability to cover the arrests.

A total of seven protesters were arrested on Tuesday, May 18 at the blockade in the Caycuse area: five people who stood behind the RCMP’s injunction enforcement area, and two who were attempting to cross the line into it. These arrests mark the first police enforcement action after ten months of protest. All five arrests witnessed by the Capital Daily were peaceful.

A swell of protesters of all ages gathered outside the RCMP checkpoint that signalled the entrance to the exclusion zone. RCMP vehicles blocked access to the rest of the logging road, and helicopters flew intermittently overhead. Protesters gathered around the yellow tape, holding signs and chanting “worth more standing,” and “what do we want? Climate justice! When do you want it? Now!”

“We’re here because we care for the trees, for the ancient forest,” a 69-year old-woman yelled to the crowd of media that stood before her. “And maybe our leaders should figure it out, that climate change, it’s all connected. We need to protect our ecosystems. They say, ‘Why are you crying?’ We should all be crying. This is not just theatre!”

Pacheedaht Elder Bill Jones addressed the crowd, calling each one of the protesters his friends and invited guests. A long-time associate and supporter of the blockades, Jones’ public support goes against the wishes of the Pacheedaht First Nation’s elected leadership, who have asked blockaders to leave their land.

“We do not welcome or support ­unsolicited involvement or interference by others in our territory, including third-party activism,” the First Nation’s leadership wrote in a statement in mid-April.

“We are here to save our forests!” Jones called to the cheering crowd. He warned that in two years’ time, the mountains would be bald, and the old-growth gone.

“We have to say that the divide-and-rule, and of justice amongst First Nations here has been used to benefit logging. We have a zillion dollars’ worth of police efforts here to stop us, to give money to the logging companies. It is costing the government more money to give money to the forest companies and the pipeline companies, than it is to help our people. We need to tell the government that they must change. We are here to change them. We are here to tell them that this is our land,” Jones said.

On the other side of the checkpoint was a much quieter scene. Two protesters stood before a wooden gate. Mitchell Steinke stummed a guitar, singing softly, while 68-year old Val Embree swayed, holding a sign. Her eyes were resolute and shining over her patterned mask, while a heavy RCMP presence waited in the distance.

Backed by 12 officers, Staff Sgt. Jason Charney read the injunction to the two protesters, dropping a copy at Steinke’s feet as he continued to strum his guitar.

“Be informed, by you blockading this road and preventing Teal-Cedar and their contractors from conducting their operations, you are in breach of this injunction order. I ask you to step aside and remove the blockades, or you will be arrested for civil contempt of court. By not stepping aside, I confirm you understand your jeopardy,” Charney read.

Both Embree and Steinke were arrested shortly after.

Further down the road, two more protesters stood chained to a metal gate. A Da'naxda'xw-Awaetlala woman who identified herself as Rainbow Eyes stood next to fellow protester Brandon Busby. Their arms were joined together inside a PVC pipe.

Rainbow Eyes stood tall despite a bicycle u-lock around her neck that linked her to the gate by a heavy chain. A handprint of red paint, symbolic of missing and murdered Indigenous women, covered her face.

“We’re here chained to this ugly representation of industry … It’s a representation of what industry, and the system has done to our people. It’s trying to keep us away from our land,” Rainbow Eyes said. “The rules are old that we are living by. The land, the trees, the forest, belong to the people. The First Nations, and all people. Not just a few select industry who can come and cut down the last old-growth.”

When asked how she felt, Rainbow Eyes smiled.

“So pumped up. So happy to stand for the trees.”

The arrest protest was repeated again. RCMP officers asked if there was anything they could do to persuade the two to leave without being arrested. They refused.

RCMP then proceeded to block media access to the process that would free the two from the gate. Officers held up a large blue tarp to block the scene. The two were released from the gate and arrested with their arms still connected together.

Further still along the road, a protester who identified himself as Udi sat within a more intricate setup. The tall trunk of a previously-cut cedar tree stood planted firmly into the ground. Udi sat within a human-shaped cutout carved into it, a network of chains attaching his body to the trunk and the adjoining wooden fence.

“These are delay tactics that we’re engaged in right now. Every day that industry doesn’t get through this road is another day that these trees behind us can live. Some of them have been living for 800, 900, 1000 years. Every day counts,” Udi said.

Police enforcement of the injunction at Caycuse will continue on Wednesday and throughout the week. RCMP Const. Alex Berube said it’s difficult to say exactly how long the process will take. He estimated between one day and one week, but was unable to say for sure.

“We’re taking a very slow and methodical approach. We want to make sure everybody is given a fair amount of opportunity to leave without getting arrested, and a peaceful resolution to this is ultimately what we’re looking for,” said RCMP Const. Alex Berube.

The RCMP issued a statement Tuesday evening, announcing that their media access policy had officially changed. Cpl Chris Manseau told the Capital Daily that journalists will be able to pass the exclusion zone 24 hours per day. If enforcement and arrests are ongoing, media will be tracked and escorted by police.

Though the same rules applied on Tuesday, all journalists covering the arrests pushed back against the containment areas, and eventually were allowed to move freely within the blockade. The right of journalists to cover injunctions that take place on private property was affirmed in the 2017 Justin Brake Case in the Court of Appeal of Newfoundland and Labrador. That’s one of the cases Ricochet Media cited while pushing for access to the exclusion zone.

“It’s only happening because journalists hear them say, you can’t come in. And they say okay, and turn around,” Turner said. “Not allowing journalists to cover things, even if it’s private property, which this is, technically .. preventing us from doing our job is illegal.”

It’s a freedom that photojournalist Camilo Ruiz, who has been staying at the blockade for six weeks, does not take for granted.

“If we didn't have press here, I fear for what would happen to the people who are locked to structures,” Ruiz said. 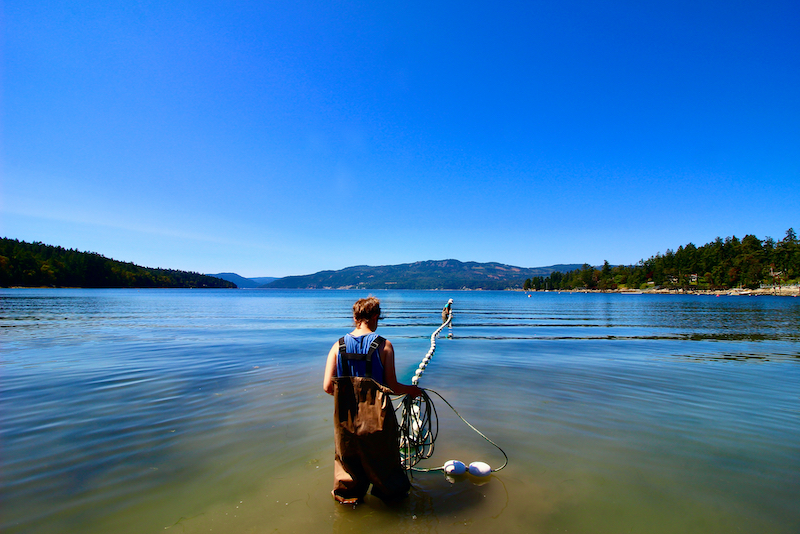 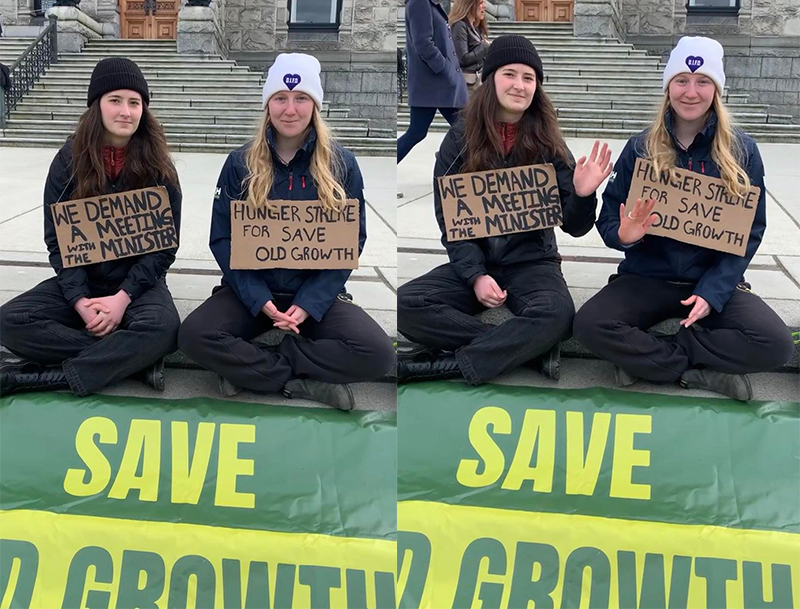 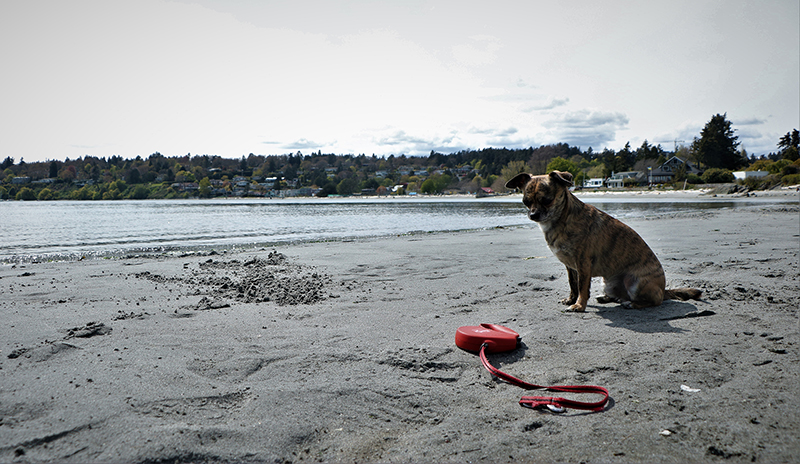