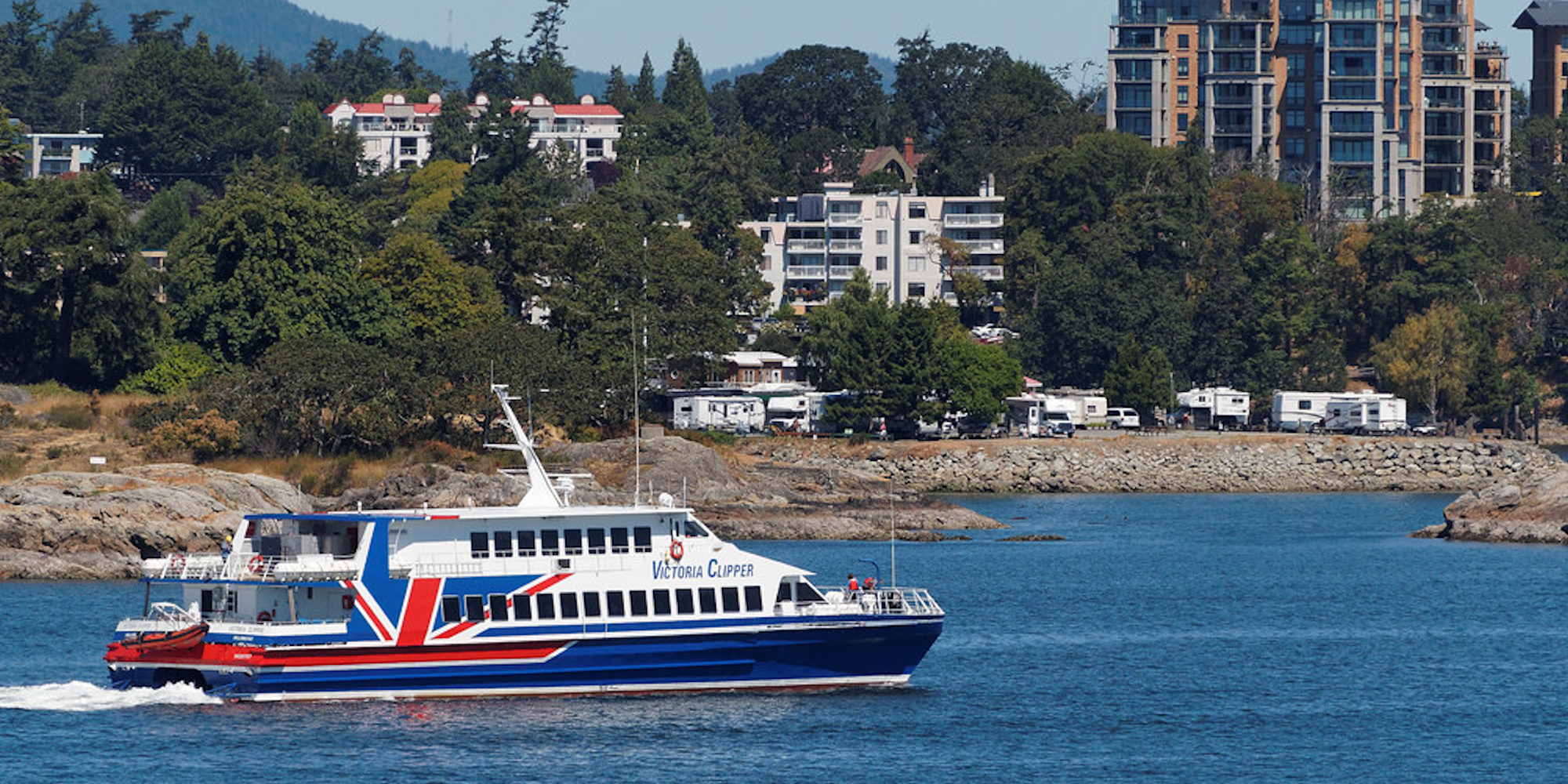 After BC Provincial Health Officer Dr. Bonnie Henry advised against non-essential travel outside Canada and warned that those returning from abroad would be required to isolate themselves at home for 14 days to protect against the spread of COVID-19, Colwood resident Tom Gierasimczuk reached out to government officials on Twitter with a pressing question: Why were the Victoria Clipper and Coho Ferries continuing to connect Vancouver Island to “outbreak-riddled” Washington?

Given Vancouver Island’s large population of seniors and its proximity to Washington State, it’s likely a concern that many island residents shared.

Why is the Clipper still running? Bringing more tourists to Victoria from downtown Seattle is not social-distancing. Do the right thing, @ClipperVacation - shut it down. We don't want tourists right now who think this is a good time to travel.

Washington is Ground Zero in the U.S. for the novel coronavirus. In the last week, its governor enacted significant measures to enforce social distancing. Bars, gyms, and movie theatres are closed. Schools will be out of session for six weeks, possibly longer. Restaurants can offer only takeout and delivery but no dine-in services. The state has racked up 1,012 cases of the virus; 52 people have died.

Gierasimczuk, the vice president of business development at a destination marketing company, told The Capital, “I think there needs to be a bigger conversation about what can potentially be done about the link between Washington state and the island.”

BREAKING: Sixty-one percent (61%) of all the COVID-19 deaths in America are patients from Washington state

Yesterday part of that link was severed.

The CEO of the Victoria Clipper, David Gudgel, suspended ferry service between Seattle and Victoria until April 30. “It was a very difficult decision, and one that we did not take lightly,” said Gudgel. The company is expected to lay off about 100 people in the next week. “We have employees that have been with us for more than 30 years,” he said. “We’ve been through 9/11, we’ve been through SARS, we’ve been through norovirus and have not had to take this type of action in any of those situations.”

Gudgel said the company had been closely monitoring the pandemic developments since late February and had made significant changes to its operations based on guidance from the Centers for Disease Control and Prevention, the World Health Organization, and the UN’s International Maritime Organization. The changes included pre-screening passengers, posting public service messages, and limiting the number of passengers in the terminals and decreasing the number allowed on the vessels. The company also began cleaning surfaces with a heavy disinfectant that’s known to kill coronavirus.

But the bulk of its customers—all foot passengers—are tourists, and after Trudeau tightened the border and BC Health Minister Adrian Dix asked U.S. citizens to refrain from non-essential trips to Canada, passengers began cancelling their reservations in droves. Over the weekend, said Gudgel, “We were refunding a significant amount of money.”

The Coho ferry has a different clientele and remains in service between Port Angeles, WA, and Victoria. Although foot traffic has dried up, Ryan Burles, the president of Blackball Ferry Line, which operates the ferry, says most of his passengers are now Canadians returning home—either snowbirds or university students—and operators of commercial vehicles that are carrying food products for grocery stores.

Gudgel expects the Clipper to be up and running again at some point. “One of the most difficult things from a business perspective is not knowing the timeline,” he said. “But I think we’re in a position that when and if this lifts, there’ll be a lot of pent-up demand and people won’t necessarily want to go far from home, but they’ll want to break that cabin fever.”

The Capital Daily newsletter is a summary of all the news and events happening in Victoria, in your inbox every morning.
Subscribe Today
tori@capnews.ca
Related Coverage