A common wall lizard photographed in Saanich by Gavin Hanke, curator of vertebrate zoology at the Royal BC Museum

September 20, 2020
Get the news and events in Victoria, in your inbox every morning.
Thank you! Your submission has been received!
Oops! Something went wrong while submitting the form. 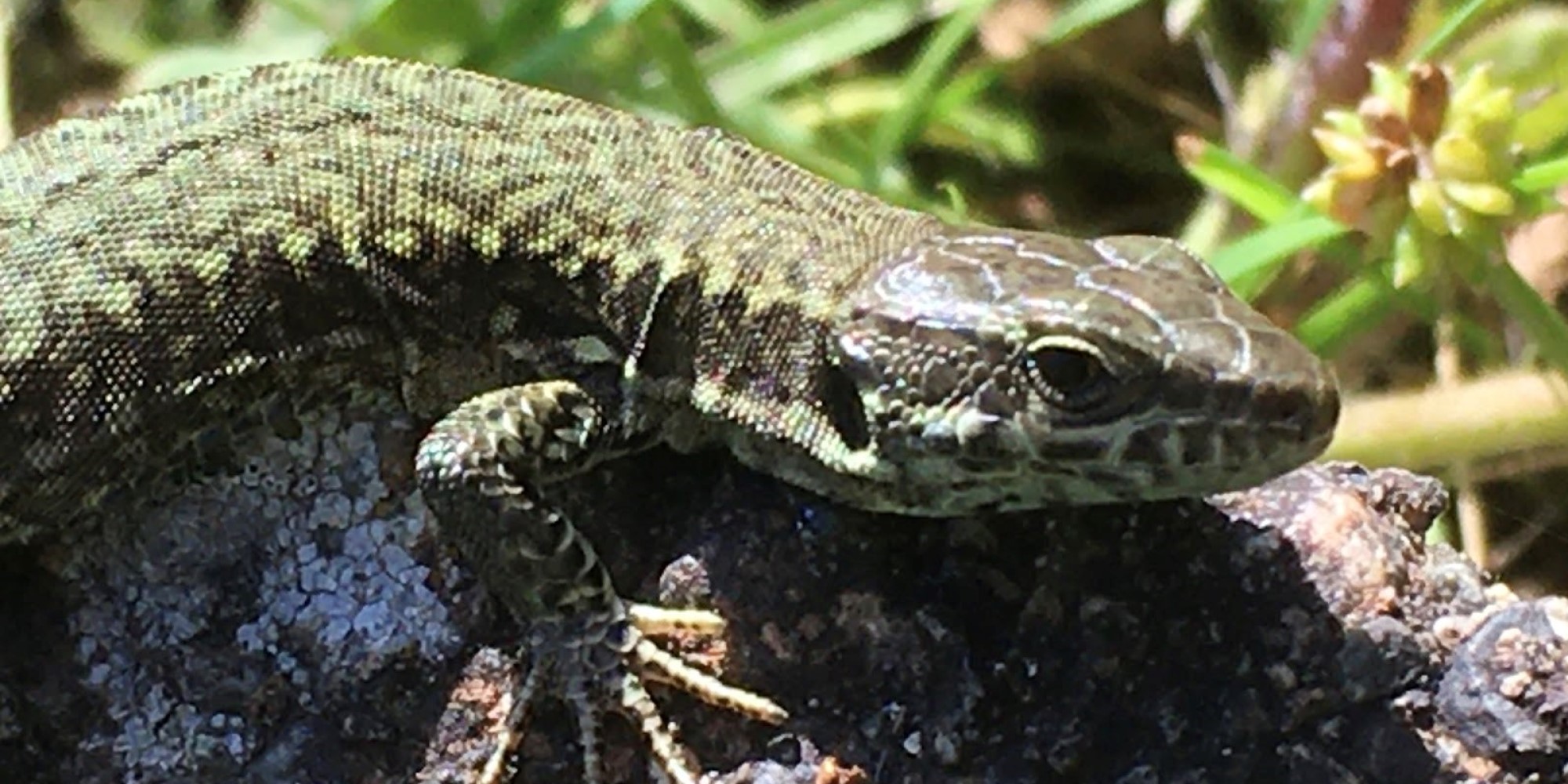 A common wall lizard photographed in Saanich by Gavin Hanke, curator of vertebrate zoology at the Royal BC Museum

They’re about 6.5 cm long, they have a worrying habit of eating honeybees, and if you pick one up by the tail it will separate from their body and wriggle around as the now-tailless animal escapes.

And these creatures — all 500,000 of them in the Greater Victoria area — are here because of one man. Via a thorough probe, Capital Daily has traced the origin of one of Vancouver Islands’ most notorious invasive species to a single roadside attraction that has been closed for more than 50 years.

The animals are known as the common wall lizard. Native to the sunnier regions of Southern Europe, here on the Saanich Peninsula they pose a strong threat to woodland habitats and endangered species, including essential pollinators like bumblebees and honey bees.

Long before they ever roamed Saanich backyards, common wall lizards existed only as an exhibit at Rudy’s Pet Park, a Central Saanich attraction opened in 1957 to capitalize on tourist traffic from nearby Butchart Gardens.

Started by German immigrant Rudy Bauersachs, the park was located along Durrance Road next to Mount Work, and boasted lions, monkeys, cougars, bears, bobcats, snakes, and, of course, a small population of common wall lizards from Northern Italy. In 1961, one of the zoo’s wolves, Lobo, even achieved brief fame as the star of an eponymous Walt Disney film.

But in 1970, after Rudy became ill and closed the zoo, he sent most of the animals to Vancouver Game Farm, now Greater Vancouver Zoo. All except for the lizards, who were simply set free.

There is more than colorful local lore to confirm that Rudy himself was responsible for the spread of the reptiles. In a 2004 study published in the Herpetological Review, Guntram Deichsel of Germany documented that he had spoken with Brigitte Bauersachs Wolff, Bauersachs’ daughter, who confirmed her father had released 12 common wall lizards on his land, when Rudy’s Pet Park closed for good, in 1970. Wolff also told Deichsel that one of her sons released six of the lizards near Sooke in 1986.

There is also evidence to suggest that Rudy may have had a hand in jump-starting the invasive wall lizard population as early as 1967. In a study published just this year in Northwestern-Naturalist, Gavin Hanke, the curator of vertebrate zoology at the Royal BC Museum, wrote that there is anecdotal evidence of an earlier release of two wall lizards by R. Lessard, of Saanich, near Rudy’s Pet Park in 1967. When asked by Capital Daily if these two lizards were likely acquired from Rudy’s, Hanke explained that common wall lizards are very uncommon in the pet trade and “Rudy’s zoo would be the most likely source.”

Still, for their first few decades in the wild, the lizards were not well known outside of the immediate neighbourhood surrounding the former attraction.

Richard Hebda, who has lived near the former site of Rudy’s Pet Park since 1986, was the longtime curator of botany and earth history at the Royal BC Museum.  When he moved to the area, the wall lizards “were known only in our neighbourhood, and local residents reported that they had been introduced by the zoo.”

In 2005, during a visit to the home of Hebda, Gavin Hanke first went looking for and photographed the lizards. Hanke also confirms that it was “common knowledge” to people living near the former zoo that the lanky lizards were from “Rudy’s Place.”

Hanke has since become a local and international expert on the invasive lizards. As news of his work spread, the curator has received over 900 reports of lizard sightings in BC, including some strays as far as Vancouver and Osoyoos — the latter having been accidentally sent in a box of grapes.

Because of the close proximity of two lizard sightings in Vancouver, Hanke is concerned a population has started to spread on the Lower Mainland. On Vancouver Island, there are also populations of wall lizards in the Comox Valley and as far north as Campbell River, all of them offshoots of the Rudy’s Pet Park originals. They’ve also begun to turn up on Denman Island, likely by hitching rides in horse trailers or other open vehicles.

The wall lizard population is now far denser than that of the northern alligator lizard, which is native to Vancouver Island. Hanke indicates that where the two species live together, there is “one alligator lizard for every 30 or 40 wall lizards.” When Hanke estimated 500,000 wall lizards in the region, he assumed 20 lizards, on the low end, in every garden in Saanich and Victoria. As some citizen reports in central Saanich indicate thousands of lizards in their backyards, the actual number could be much higher.

In Victoria and Saanich, the common wall lizards thrive so well because of our near-Mediterranean climate. Hanke explained that, “the winter summer cycle in Northern Italy is very similar to here. It’s biologically the same for the lizards.” And by building rock walls in our gardens, which provide frost-free refuge, “we’ve modified the environment perfectly to accommodate them.”

The lizards’ somewhat sinister appetite is part of the reason they spread so widely; they eat their young. The juvenile wall lizards “have to leave territory, the adults will eat the young ones. As soon as they hatch, they’re gone,” said Hanke.

As they continue to spread, Hanke is concerned that the wall lizards could negatively impact the bee population and biodiversity, with possible implications for agriculture, indicating “predation on pollinators impacts agriculture” and could lead to, “reduced food productivity.” He is especially fearful of the spread of wall lizards to the Southern Gulf Islands, where they could prey on the hatchlings of the endangered sharp-tailed snake, in one of their last undisturbed habitats.

It’s not a perfectly friendly environment to the lizards, however. Everything from house cats to birds to garter snakes, raccoons and even spiders have taken to feeding on the invasive lizards. All of these, however, “don’t seem to dent the population,” said Hanke.

Fight the Deer, or Make Peace?

How a roadside zoo unleashed a lizard invasion on Victoria
Can you really just have a python live in your backpack?
Fight the Deer, or Make Peace? 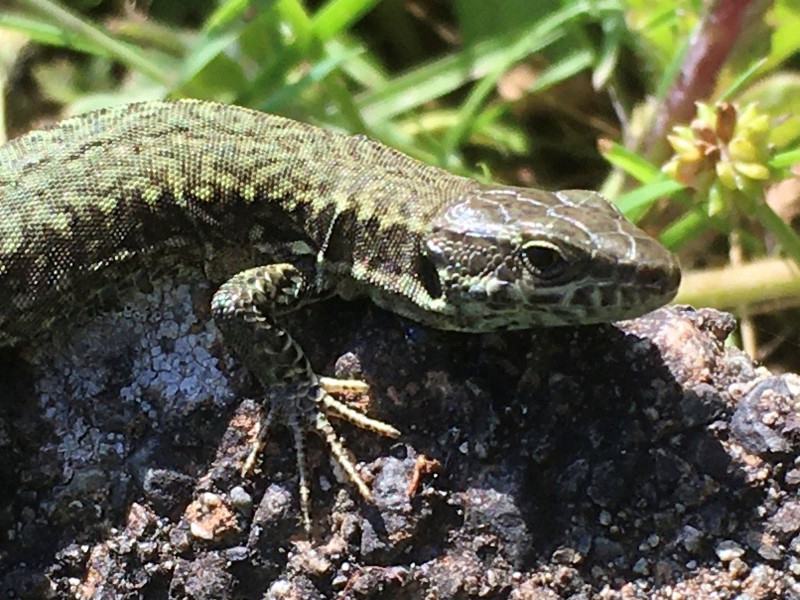 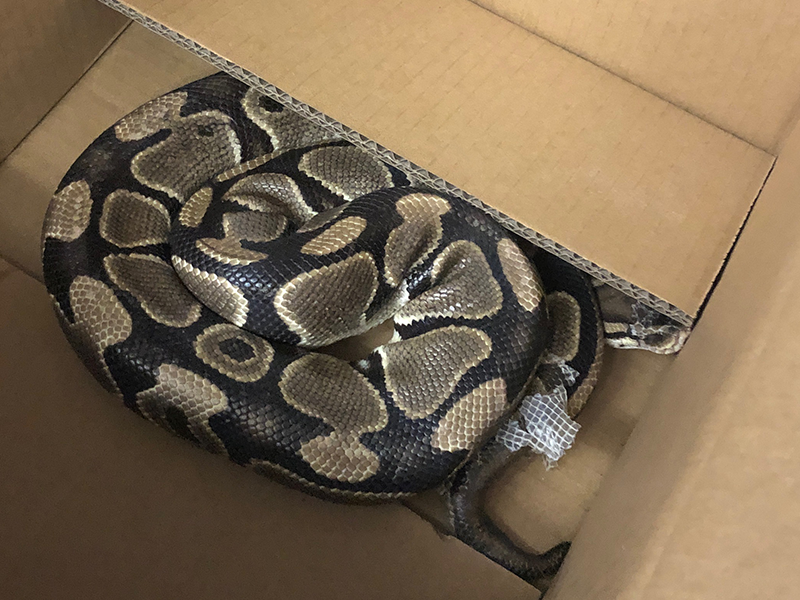 Can you really just have a python live in your backpack?
Following up on the ball python who died in Victoria after repeatedly escaping from the bag of its apparently homeless owner. 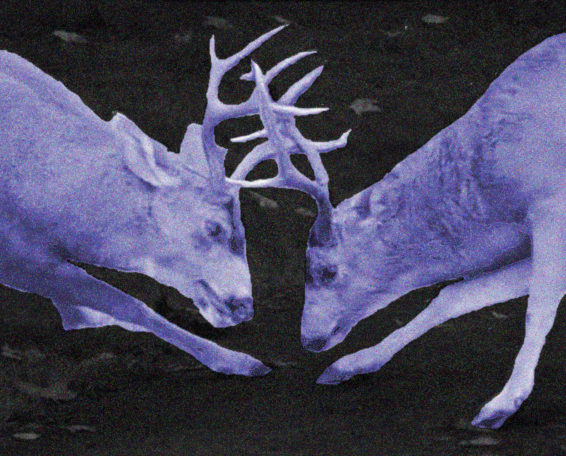 Fight the Deer, or Make Peace?
Four years after a community declared war on deer, the deer are winning