June 6, 2022
Get the news and events in Victoria, in your inbox every morning.
Thank you! Your submission has been received!
Oops! Something went wrong while submitting the form. 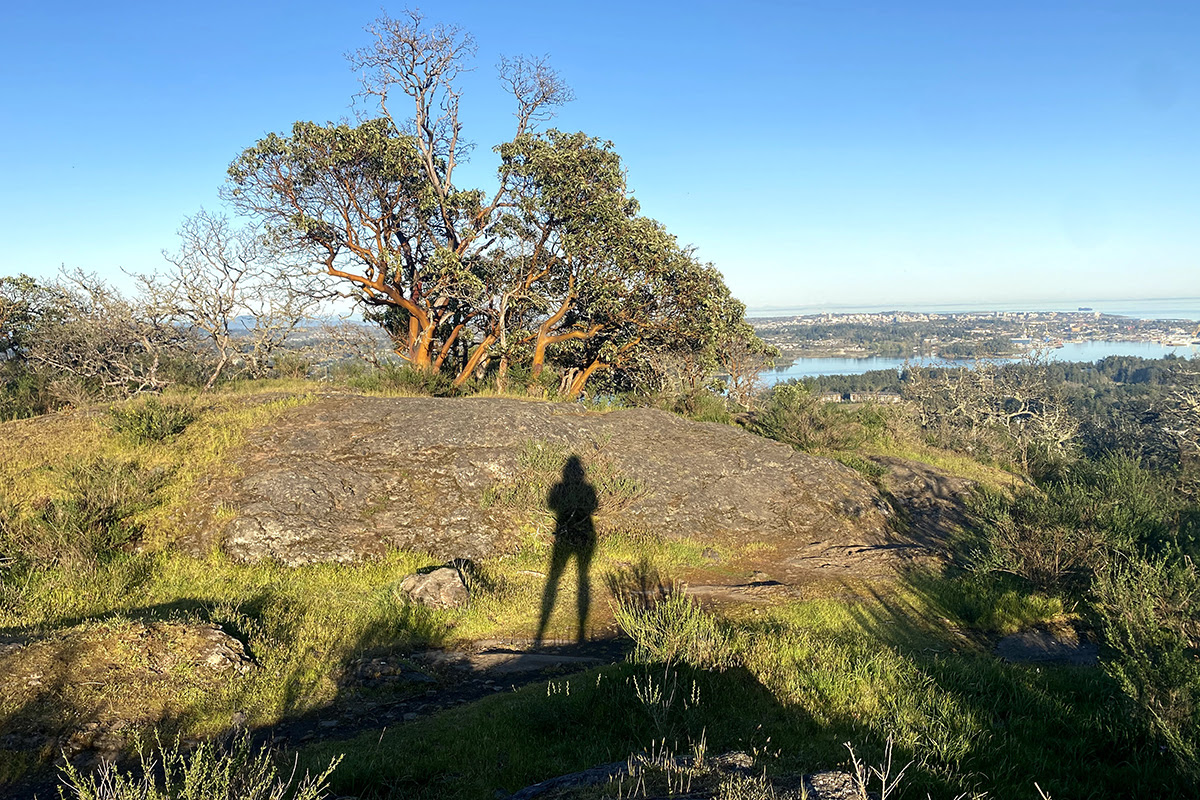 See our local council masterlist for meeting times and links to tune in. Due to the timing of the end of May, some councils have an extra week off between meetings.

The municipality wants to sell four parcels of land to the CRD to be added to Mill Hill Park, for a combined price of $927,500. Of these Mill Hill-adjacent properties, totalling 9.77 hectares, two are already dedicated park land while the other two are undeveloped. This sale is an expansion of an earlier plan to sell two parcels for $241,130.

View Royal residents were asked for consent via a mail-in ballot method where a town can assume support if less than 10% of voters indicate opposition. Zero replies were received, indicating no opposition. View Royal council can now vote to proceed to the next step, a public notice. If all goes to plan, the sale could be completed by July. The funds would go into View Royal’s own park acquisition fund.

Mill Hill is a classic example of South Island geography, with exposed rock partially covered in grasses and flowers, scruffy Garry oaks, arbutus trees, and Douglas firs. A trail to the top gives hikers a view of the Esquimalt Harbour and the Strait. It’s connected to Thetis Lake Park (aside from the highway running between them).

The CRD uses its Land Acquisition Fund, taxed to CRD households at approximately $21 per house per year—a $3.8M annual budget—to buy land for regional parks. It has bought almost 5,000 hectares of park land since the fund was established 22 years ago.

Last week council weighed a rezoning for a subdivision of 20 lots, proposed via an amenity bylaw that has the developer pay for community assets in exchange. To switch rural-zoned 4696 Beckingham's minimum lot size from 5 acres to 2, the developer offered a 47-acre park. Council wants a CRD water line extension to the area, and could offer one-acre lot sizes in return. The proposal is now back with staff for more work.

Read more details on the importance of Metchosin water lines in The Westshore newsletter, and sign up within to get thorough news on the western communities every Tuesday and Thursday morning.

Council’s agenda for this week includes a pair of recommendations for building permits. Before council meets, the Finance and Environment Committee meets—its agenda includes a report on invasive bullfrog management.

At the May 24 meeting, council discussed its plan to add SENĆOTEN names to signage for Brentwood Bay, and a renaming effort for the park currently known as Marigold Park. That renaming will be done in collaboration with Tsartlip First Nation and integrated into future place name decisions.

Council awarded a $1.4M contract to Copcan Civil LP for the replacement of the Seabrook water main. The project should take about 20 weeks.

Council meets tonight; the agenda includes reports from the Victoria Airport Authority and the Sidney/North Saanich RCMP, and a climate action report from the CRD.

Staff will recommend both a contractor for repaving the McTavish Fire Hall Parking Lot and for the Deep Cove water main renewal, as well as that that council approve amendments to its agreements with Freedom Mobile and Telus to install new telecommunications equipment.

At a special council meeting on May 30, staff presented the revised Official Community Plan (OCP) draft. It included both council direction from a May 5 meeting and suggestions from the community and committees. After councillors discussed it and made further changes to the draft OCP, they voted unanimously for staff to present the newly revised OCP at the next regular council meeting on June 13. Until then, council is taking public input on the draft—read it here.

Tonight, council is having a regular committee of the whole meeting, where an applicant will present a development application for a two-storey, 17-unit multi-family residential townhouse.

Saanich will join Victoria in adopting the use of a dynamic symbol of access. The current symbol used portrays a wheelchair user in a static position whereas the new symbol shows a user in motion to better reflect the abilities of those with disabilities.

Council gave three readings to a bylaw that will allow electors to vote by mail in the upcoming municipal elections in October. Mail-in ballots received after the 8pm cutoff on Oct. 15 will not be counted.

At a committee of the whole meeting tonight, Saanich council will receive a report on the district’s emergency response plan for heat emergencies.

Council is back after a three-week break due to the long weekend, and tonight’s meeting is stacked with 4 public hearings, 3 new rezoning applications up for first reading, two rezoning permits up for adoption, and 10 other bylaw amendments covering fee updates, development procedures, the off-street parking ratio, and more.

One is a six-storey, 44-unit apartment proposal from Paradise Homes on Peatt and Orono Roads in the downtown core. The design features ground-level commercial space, with a rooftop amenity space for residents on the first floor corner. The other rezoning on the table is on Walfred and Sooke Roads boarding Colwood, where a landowner is applying to subdivide their half-hectare lot into five bare land lots, though they have not submitted a development proposal yet.

This proposal would require all new multi-residential buildings to be built with electrical conduits to all parking stalls, capable of charging electric vehicles in the future. The full charging stations won’t be required, but the buildings have to be equipped to install the chargers. Langford has written this manually in many recent building permits, but this new bylaw amendment would make it a standard requirement.

These include a 115-unit residential building on Bray Avenue in downtown Langford, a 16-unit row house proposal at Happy Valley and Sooke Road, and a proposal to rezone four addresses on Goldstream Avenue from commercial to city centre pedestrian which would allow for multi-use buildings that have two floors of commercial space and residential units above.

Dunford Towers, a large mixed-use development proposal on the corner of Jacklin and Dunford, is up for adoption tonight. That proposal is for a 352-unit, two-tower building with commercial space and amenities. On the corner is a large arbutus tree that some Langford residents want to have protected. When a petition raised attention for the tree, the developer said they would make an effort to incorporate it into the design. Designs haven’t been completed so the tree’s future is not confirmed.

Missing Middle back on table once again this week

Council voted 5-4 on May 26 to refer the Missing Middle housing proposal back to staff for further public engagement instead of moving it forward to a public hearing. Through city-wide rezoning, the proposal would make it possible to build multifamily housing, such as duplexes, triplexes, and fourplexes on what are now single-family lots. Housing supply advocates and Mayor Lisa Helps feared the move could become fatal to the initiative, by potentially pushing its eventual final vote date past the fall election.

Coun. Stephen Andrew voted with the majority but has since had a change of heart. He now plans to introduce a motion to reconsider the referral at this Thursday’s council meeting. He told Capital Daily in an email that he’d been concerned that the public wouldn’t have enough time to digest the proposal between a yet-to-be-determined open house and the public hearing. "I am assured we can now achieve sufficient time between both events," he wrote.

Also on May 26, following a public hearing that brought forth no opponents, council unanimously approved an application to rezone the heritage-designated Victoria Press Building at 2615 Douglas. Developer David Fullbrook, of Merchant House Capital, can now bring a planned brewery, distillery, liquor retail sales, brewpub, and commissary kitchen into the 12,000m² space. Council also approved a parking variance to reduce vehicle parking spots from 241 to 122.

An example of late modern architecture, the 1971 building—which previously housed the Times Colonist’s editorial and business offices, and its nine printing presses—is 75% leased out, seismically upgraded, and slated to open this summer.