A COVID-19 test being performed in a Pennsylvania laboratory on March 6, 2020 (Commonwealth of Pennsylvania).

Capital Daily is part of the Trust Project
latestCOVID
TransportationBusiness
HousingGood News
A COVID-19 test being performed in a Pennsylvania laboratory on March 6, 2020 (Commonwealth of Pennsylvania).

March 20, 2020
Get the news and events in Victoria, in your inbox every morning.
Thank you! Your submission has been received!
Oops! Something went wrong while submitting the form. 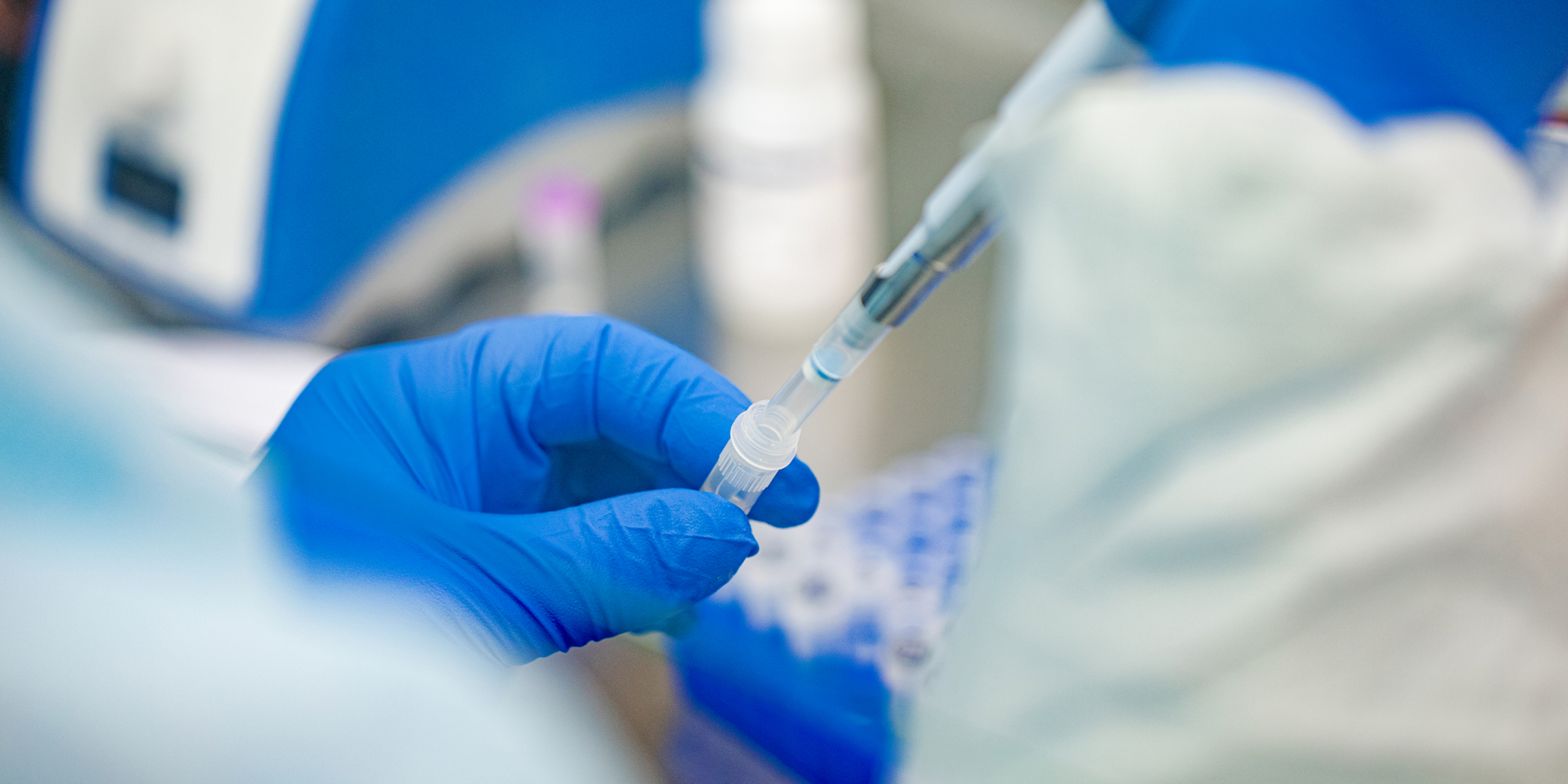 A COVID-19 test being performed in a Pennsylvania laboratory on March 6, 2020 (Commonwealth of Pennsylvania).

There are 22 confirmed cases of COVID-19 on Vancouver Island as of Friday, but health authorities are not disclosing where they are.

One is known to be in Greater Victoria, after Island Health put out a statement warning that the patient may have exposed others to the virus at UVic and Saanich Commonwealth Place. Another has been confirmed in the Comox Valley after it was released to the media by Courtenay doctor Tanja Daws. The other 20 could be in any of the Island’s more than 30 communities from Oak Bay to Zeballos.

“COVID has arrived in town and has been confirmed already. Yup, a local friendly neighbour of yours tested positive,” wrote Daws in a lengthy Sunday Facebook post intended to shame fellow Comox Valley residents into practicing social distancing.

Daws painted a vivid picture of what it’s like to die of the virus, and how the healthcare system could be forced to triage the elderly if it becomes overwhelmed with the same number of cases striking Italy. “The vast majority of people are still going about life like normal – folks your pants are down your ankles,” she wrote.

In subsequent comments to the media, Daws defended her decision to go public with the confirmed case. “Government is doing well to inform people but they’re just not giving a lot of specifics so people think they’re safe when they’re not necessarily safe,” she told CHEK. Another healthcare worker approached CTV this week with similar concerns, saying that doctors and staff at Campbell River Hospital were told not to reveal that the city had recorded a positive COVID-19 case on March 12.

On Thursday, Island Health responded with a video. In it, chief medical health officer Richard Stanwick said that COVID-19 patients are entitled to “respect and privacy” and that the virus would soon be widespread enough that any community-level data would be irrelevant.

“In short order there will be multiple cases and the novelty of the arrival of this virus will pass, therefore we’re asking you to respect our decision to not reveal details beyond the ones we’re providing,” he said.

"The virus has arrived on the island. In short order there will be multiple cases and the novelty of the arrival of this virus will pass". A message from our Chief Medical Health Officer, Dr. Richard Stanwick. https://t.co/0uEC9vYR2X #Covid19 #vancouverisland

In BC, the privacy of medical patients is covered by the Freedom of Information and Protection of Privacy Act. As a “public body,” Island Health is bound to shield any personal data it collects. However, all bets are off in a public health emergency. The act also requires the government to voluntarily release private information if doing otherwise would risk “significant harm … to the health or safety of the public or a group of people.”

This is why provincial health officer Bonnie Henry has been releasing patient data that goes well beyond the realm of what doctors are normally prepared to disclose. No names of COVID-19 patients have been released to the public, but Henry has disclosed age, sex, recent travel history, place of residence and even their underlying health conditions.

For instance, Vancouver Coastal Health has fingered two care homes, Haro Park Centre and Lynn Valley Care Centre Lodge, as nodes of the outbreak, and have released the ages of residents affected, as well as all COVID-19 deaths traced to the facilities.

Another COVID-19 patient had their meeting schedule from the Pacific Dental Conference published after it emerged that they had been an attendee.

Still, for the majority of BC’s now-271 cases, all that’s been released to the public is the regional health authority where the patient is registered. This week, four were confirmed in the Northern Health region, a particularly sprawling jurisdiction larger than most European countries.

It’s a completely different story in Alberta. There, provincial authorities have revealed the home city – and even the home neighbourhood – of every single confirmed case. Unlike in BC, the province has also released data on how many COVID-19 tests have been conducted in each region of the province. By contrast, as of Thursday BCers were simply being told “at least 17,000 British Columbians have been tested.”

US jurisdictions are also varying widely on the specificity with which they disclose COVID-19 cases. Rhode Island is one of the most opaque, releasing only state-level data on confirmed cases. In neighbouring Connecticut, by contrast, state governor Ned Lamont ordered that COVID-19 cases be broken down by county.

That’s also the policy in Washington State, which has thus far borne the brunt of the US COVID-19 outbreak, with 1,376 cases and 74 deaths as of Thursday. State data shows that while no Washington county is COVID-19 free, the vast majority of fatalities are in four counties surrounding Seattle. However, with the worst-affected county, King County, also containing more than two million people, the data is still far less specific than for Island Health.

“While I have full understanding and appreciation that people would like to know exactly where people are who have got COVID, it should not change anybody's behavior,” said Adam Thompson. A Courtenay-based family doctor, Thompson is the COVID lead for the Comox Valley Division of Family Practice.

COVID-19 has already escaped containment efforts on Vancouver Island and is believed to be under community transmission; meaning any number of Islanders may already be unwitting carriers of the virus.

Confirmed cases may also be just a fraction of the total COVID-19 picture; if a patient has symptoms but is not in a high-risk demographic, to reduce strain on medical laboratories they’ll simply be told to self-isolate without being tested. As a result, Vancouver Island could right now contain any number of people infected with COVID-19 whose diagnosis will never be recorded by health authorities.

Thompson’s point is that the risk of COVID-19 transmission is not necessarily tied to confirmed cases, and that thinking otherwise could grant Islanders a false sense of security. “It doesn’t serve anyone to think it’s not in my community and won’t affect me,” reads a Thursday statement by the Comox Valley Division of Family Practice.

As Thompson told The Capital, “the bottom line is we have to practice social distancing … anything that might persuade people to do otherwise, or give them reassurance to do otherwise, is not going to be of any great value to all of us as we go through this.”