Tofino has seen an influx of seasonal workers from Whistler and other ski towns where serious outbreaks have been common. Photo: James MacDonald / Capital Daily

Capital Daily is part of the Trust Project
latestCOVID
TransportationBusiness
HousingGood News
Tofino has seen an influx of seasonal workers from Whistler and other ski towns where serious outbreaks have been common. Photo: James MacDonald / Capital Daily

April 10, 2021
Get the news and events in Victoria, in your inbox every morning.
Thank you! Your submission has been received!
Oops! Something went wrong while submitting the form. 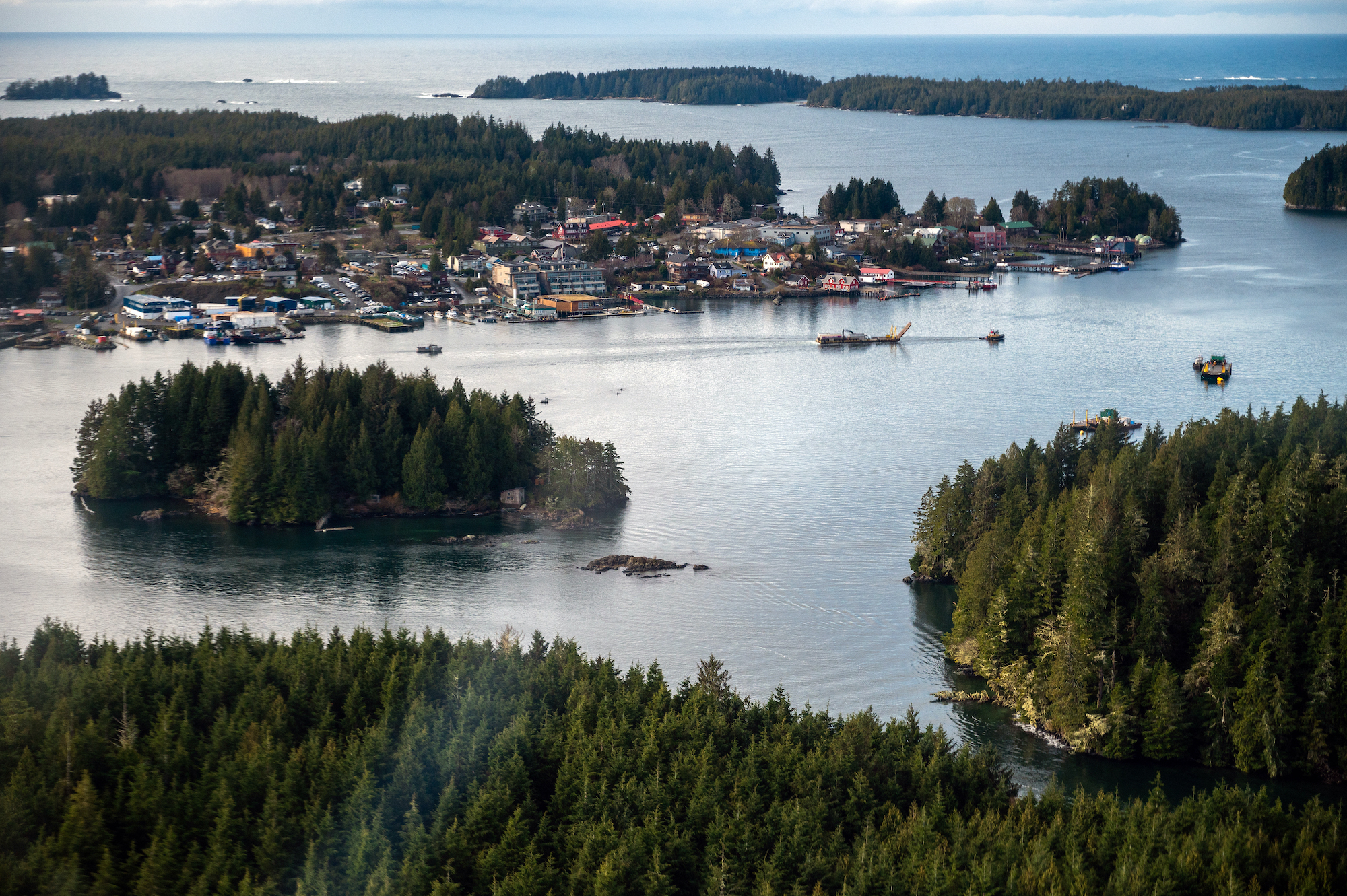 Tofino has seen an influx of seasonal workers from Whistler and other ski towns where serious outbreaks have been common. Photo: James MacDonald / Capital Daily

After escaping the brunt of COVID-19 illnesses and fatalities for most of last year, the third wave of the pandemic is now starting to strain public health workers in the Island Health region.

Public health leaders on Vancouver Island say they expect case numbers to keep rising, due to an influx of travellers from the Lower Mainland over Easter long weekend, among other factors.

The Island has seen cases skyrocket from what has been a consistently low number throughout the pandemic.

“We continue to be at almost 70 [cases] a day rate, which is literally triple of what we were seeing 10 days ago,” said Island Health Chief Medical Health Officer, Dr. Richard Stanwick, in an interview with Capital Daily.

From vacationers to variants to overly optimistic government strategies, there is plenty of blame to go around. We took a step back to understand what is happening on the Island and what to expect in the coming weeks.

“When Whistler [Blackcomb Ski resort] was closed...many of these individuals needed employment and one of the traditional corridors, in terms of the workforce, is between Tofino and Whistler,” Stanwick said.

“So we actually saw a number of individuals moving from the closed down Whistler to Tofino over the long weekend. Unfortunately, with the high rates of the P1 [variant recorded in Whistler], we anticipate that we will see a continued rise in the P1 cases [in the Island Health region].”

Surf shops and hotels in Tofino contacted by Capital Daily confirmed that seasonal employees have started to arrive for the summer season, many from Whistler in particular.

Tofino Mayor Dan Law said there is concern in the town about the influx, and what it means for businesses trying to balance staying open and keep their employees and customers safe. There have been outbreaks earlier in the season that he says were quickly contained—but the new arrivals are coming from higher-risk parts of the province.

“A lot of resort workers and seasonal workers are starting to arrive from ski resort towns, and that is concerning, especially because there have been a number of outbreaks in ski resort towns—particularly in staff accommodations.”

Law says there has been discussion of vaccinating seasonal workers to keep the rest of the town safe.

It’s no secret, however, that young seasonal workers are just one factor: many mainlanders ignored government pleas to stay home, and visited the Island over the past several weeks.

Stanwick says vacationers from the lower mainland are expected to have brought more of the B117 variant to the island, and the full impact of all the travelling will show up in case numbers next week.

Stanwick says Island Health has again brought up the idea of limiting BC Ferries travel for essential purposes only—the subject of hot debate in public as well—but says that decision would have to be made by provincial leaders.

“I think there's disappointment that even though [the province is] enlisting the public on the idea of only traveling if it's absolutely critical for healthcare or if you're providing a valuable service...obviously this message isn't resonating with a proportion of the population.”

The end result, he said, may be restrictions that are no longer voluntary.

Stanwick says more people are now being enlisted to follow up on contacts of COVID-19 patients who contracted the virus in workplaces and through community spread—but that an effective vaccine rollout in rural and Indigenous populations, long term care, and some congregate care facilities has led to lower case counts in those settings, allowing Island Health to redirect contact tracers to current hotspots, like workplaces.

By official counts, there have so far been 20 cases from variants of concern detected in the Island Health region—13 B.117 cases, one case of the B.1351 variant, and six P.1 variant cases—none of which are currently active.

But according to Dr. Dean Karlen, a UVic physicist whose work mapping the trajectory of the pandemic in BC and beyond over the past year has been praised for its accuracy, the data reported on variants of concern in the province is often weeks old or just a fraction of all actual cases.

“It’s a bit disappointing that our public health officials have a misconception that still the variants are only producing small fractions of cases,” Karlen told Capital Daily on Thursday morning.

That afternoon, provincial health officer Dr. Bonnie Henry announced that BC will no longer be conducting whole genome sequencing on most positive COVID-19 samples that are believed to be variants of concern.

Instead, the province will be treating every positive case as though they are a variant strain, and reserving their whole-genome sequencing capacity to test random samples and catch any new strains that may arise.

“We assume that anybody who is positive for COVID-19 needs to be treated as if they have one of these highly transmissible variants.”

A predictable state of affairs

As provincial health leaders acknowledge that the pandemic is now being driven by transmission of variants of concern, experts like Karlen say they could have predicted this exponential rise in case numbers if they had been given all the information they’d asked the province for when the variants were first detected in BC.

“In February and March, when the variants of concern were still responsible for a very small fraction of cases, just looking at the trajectory of cases itself wouldn't be sufficient to tell us what's happening,” said Karlen.

“There was, however, additional data not made available to the public, and I didn't have access to it.”

In order to map the growth of variants of concern from the beginning, Karlen says he and his colleagues in the academic community have been requesting information from the province and BCCDC—like how many samples were being screened and over what period of time.

That data has been kept from him and other researchers, and Karlen says he’s not sure why.

“Every once in a while we’d get a little tidbit of information, but not typically of the sort that would solidify these projections because...instead of being scientific data, they were sort of anecdotes,” he said.

“If we’d have had that data, we would have been able to predict the current state where we are right now.”

The type of transparency academics were looking for would have allowed them to create projections that could show the public in BC where we were headed, and may have prevented exponential growth in case counts had the province looked at those projections and not started easing restrictions on March 11.

With a lack of information in BC, Karlen has to make guesses based on what he knows about variant growth from other jurisdictions—like the UK, Denmark, Germany, and several US states.

His latest model depicts three scenarios that could occur after the province reintroduced restrictions, like banning indoor dining, on March 29. He says it’s difficult to predict which scenario will play out, but that his best guess is we’ll see a drop of between 2% and 4% per day.

“What happened between November and December [when] extra restrictions were announced [was they] dramatically reduced the growth rate by almost 5%. My impression, though, is that the announcements from last week will not probably produce as dramatic a drop.”

All this guesswork should not be necessary given how much data on variants of concern BC has been collecting compared to other jurisdictions. Karlen says the province has been doing a great job of screening for all variant strains, not just the B.117 mutation.

“With all the data that BC is collecting, the world might be looking at BC for some answers regarding P1,” he said, noting how little we know about the variant that first emerged in Brazil, and its ability to possibly withstand vaccinations.

“But also for the interests of BC citizens, to be able to have that kind of information made available and properly understood and analyzed, I think is important in real time and not looking at it a year from now.”

Karlen says it is clear that variants of concern make up at least 50% of all cases in BC right now. He estimates that about two-thirds of those cases are the B.117 variant, while about a third come from the P.1 variant.

With the limited information available to him, Karlen says it didn’t make sense to make projections of COVID-19 growth by health authority, but notes that the rise in cases in the Island Health region has been “quite remarkable”.

In the Island Health region, the highest case counts have been recorded in the Central and South Island regions recently. Over two weeks, between March 20 and April 3, the Greater Victoria area saw a 179% rise in case counts.

“The only area where we're actually seeing lower numbers is, of course, North Island,” said Stanwick—but he doesn’t expect that to last.

“We're waiting to see what's happening there because their spring break [ended] a week later than [what] happened in South and Central. So at some point, I suspect we're going to have relatively even numbers.”

Stanwick says it’s not entirely up to him—but that he suspects high case counts alone will not be enough for BC’s public health leaders to impose stricter restrictions. Rather, rising rates of hospitalization and ICU admissions will be used to make that decision.

“This isn't about punishing people, or singling out a sector,” Stanwick said.

“If people choose to go against those orders, which we consider critical, then we will use whatever measures necessary to bring them into compliance.”