December 3, 2020
Get the news and events in Victoria, in your inbox every morning.
Thank you! Your submission has been received!
Oops! Something went wrong while submitting the form. 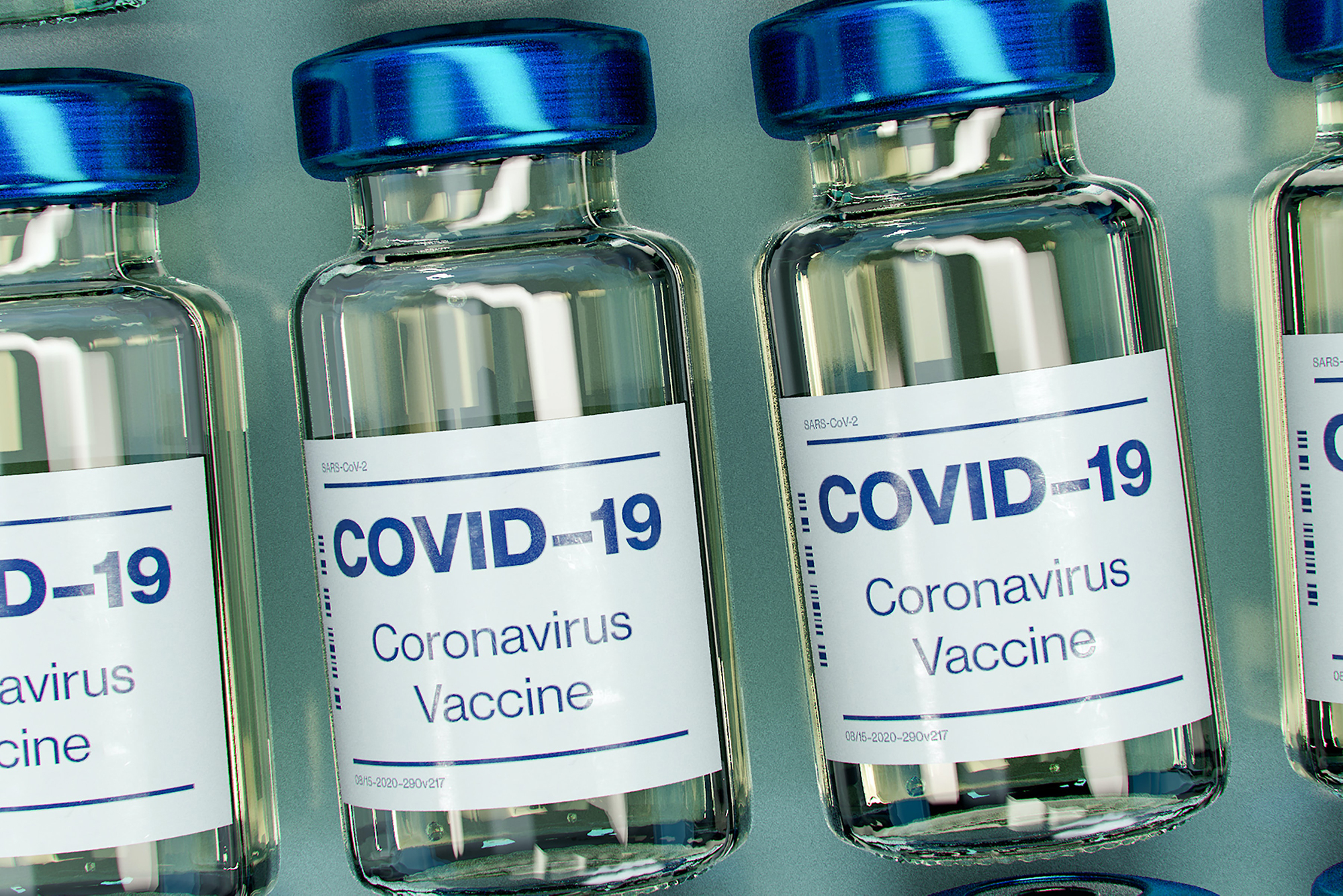 This story is brought to you by Heart Pharmacy in Victoria. As per our advertising policy, which applies to all sponsored content, Heart Pharmacy had no editorial input of any kind into this article. Stay up-to-date on Heart Pharmacy's vaccination programs.

On the afternoon of Dec. 3, BC's Chief Medical Health Officer, Dr. Bonnie Henry, stood at the podium she's spent countless hours speaking from since March. In her quiet and determined way, Dr. Henry described the province's plans to start vaccinating an eager province.

The initial vaccinations will likely begin in the first week of January of 2021, just weeks away—but the last shot won't be expected until September.

With every new vaccine announcement the light at the end of this 2020 tunnel gets a bit brighter. But it’s easy to forget that all around us, COVID-19 cases and hospitalizations are at an all time high. The pandemic is not over, but one day it will be, and a vaccine will help make that happen. Doses at first will be limited—not everyone who wants the vaccine will be able to get it.

To put it bluntly, there's still a long way to go.

"Right now, we must use all of our layers of protection, combined with the orders and restrictions, to slow the spread and keep people safe," Dr. Henry said.

Capital Daily dives into the latest on COVID-19 vaccines and what its distribution will look like here on Vancouver Island.

Vaccines could be arriving within the month

On November 9th a beleaguered world received a glimmer of hope as the American pharmaceutical giant Pfizer and partner BioNTech announced their COVID-19 vaccine candidate. A candidate that has a 95% efficacy rate after a trial of 43,000 participants. Since then there have been similar successes from Moderna, AstraZeneca, and the Russian government.

In a first for the western world, the UK has now approved the use of Pfizer's vaccine and will begin distribution and inoculation next week. Canada and the US are expected to follow suit very shortly, with a senior adviser at Health Canada telling CBC’s Matt Galloway on Thursday that the agency could be approving the vaccine within a week to 10 days. The American Food and Drug Administration vaccine committee is set to meet on December 10th to decide whether or not to grant emergency approval to Pfizer for their vaccine.

Many of these large multinational corporations, including Pfizer, have direct agreements with the federal government to supply their COVID-19 vaccines provided they are approved by Health Canada. In all, hundreds of millions of doses have been pre-ordered, more than enough to vaccinate all Canadians several times over.

Remote communities accessible only by boats, planes and ice-roads dot the country anywhere north of Edmonton.

Even on Vancouver Island many communities are small and hard to reach. Pushing further up the coast, Indigenous communities like Bella Bella, Rivers Inlet, and Klemtu have no roads connecting to the outside world. Many of these small communities don’t have the ultra-cold freezers needed to keep some of these vaccines—like the Pfizer vaccine, which needs to be stored at -70 C—intact.

That’s one of the reasons that the federal government will use members of the Canadian Armed Forces to reach these far-flung rural and often Indigenous communities. The government has appointed Major-General Dany Fortin, a senior officer within the military, to lead the federal vaccine distribution effort. BC, too, has appointed an ex-military member, Dr. Ross Brown, to lead the vaccination effort, along with deputy health minister Stephen Brown and Dr. Bonnie Henry herself.

The federal government is also working closely with mega-corporations, like healthcare logistics giant McKesson, to use their existing distribution networks and expertise for the delivery of vaccines to hospitals and pharmacies throughout the country. McKesson Canada has provided a white paper highlighting some of the immense challenges with vaccine roll-out.

First, there need to be enough qualified people to administer the vaccines. This will hopefully not be a problem as pharmacists, doctors, nurses, and medical assistants are all qualified to give injections.

Second, there need to be safe, reliable, and accessible vaccines across the country. It does no good if all of BC’s doses are stuck in Vancouver and are only slowly distributed to smaller communities—we don’t want the vaccine moving slower than the virus.

Third, the government needs to ensure dosing compliance among scarce vaccines. Both preliminary vaccines from Pfizer and Moderna will require two injections, each about two weeks apart for immunization. So, by scheduling someone for a first dose, their second dose will need to be guaranteed two weeks later, or they may not build up enough immunity to prevent infection at all. It will be challenging to ensure people attend both of their appointments in order to receive the correct vaccine doses.

The vaccination roll-out will likely utilize the existing systems of doctors offices, hospitals, pharmacies, care homes, and possibly even schools where many childhood immunizations take place. That is, if people are willing to get the shots.

Vancouver islanders have sometimes been skeptical of vaccinations

There’s reason to expect that people will approach this vaccine differently than they do the existing ones. Modern childhood immunizations are somewhat removed from the diseases they protect against (because the vaccines are working). It’s an easier logical leap to be less concerned about getting your child the measles vaccine when you’ve never known anyone with measles. COVID-19 though, is all around us, many of us—including the author—have family or know someone who has been affected by the disease.

Vulnerable groups will be given a COVID-19 vaccine first

Theresa Tam has said Canada is expecting about 6 million doses of vaccine between January and March; with each vaccine requiring two injections, that’s only enough for 3 million Canadians. It will not be enough for everyone that wants one in the first few months of 2021.

The goal of public health is not herd immunity—at least not at first—it’s protecting the most lives. This disease does not affect everyone equally. Young people may be more likely to get the virus—42% of all Covid-19 infections in British Columbia are among those aged 20 to 39—but since they’re less likely to die from it they will not be prioritized.

The federal government has guidelines for who should initially receive a vaccine. Health is a provincial, not federal, responsibility, but on Tuesday Prime Minister Justin Trudeau announced that the provincial and federal governments had agreed to keep priorities consistent across the country.

According to the federal guidelines, the vaccine will first go to individuals with high risk of severe illness and death. This means seniors and those with compromised immune systems. After that, it’s people who are most likely to transmit the virus to those high-risk individuals, which means health care workers, people living with someone who is high risk, and care-home workers. Next to be vaccinated will be people who are deemed to be “contributing to the maintenance of essential services for the function of society” —in other words, essential workers who can’t work from home and must interact with many people. These are jobs like grocery store staff, police officers, and teachers.

The last group to be prioritized before the general population is variable. The group would be defined based on the current trends of the pandemic, or where an outbreak would have more severe consequences. For example, as COVID-19 continues to affect Nunavut, patients requiring ventilation are flown south, usually to Winnipeg. The very isolation and remoteness of these communities can protect them from the pandemic, as it did early on, but once it spreads community resources are very limited.

With vaccines on the horizon the worst might seem to be behind us, but as we venture out of 2020, and head into the new year, we still face many unknowns.

Any vaccine will have undergone phase 3 trials, with successful testing on tens of thousands of people. An approved vaccine will likely be  very safe to receive. We don’t know however, how long that vaccine’s protection will last. If we get immunized this year, will we need another dose the next year? That’s not a question with an answer yet, but it will remain an important one to keep track of. In a recently published study, 30,000 people who have recovered from COVID-19 are having their immunity levels monitored. After five months, most still have protection from COVID-19. The vast majority of those in the survey did not get re-infected, but however unlikely, it does remain a possibility.

It will take some time, 6 months or more to get the vaccine to all that want it across the country, before that, restrictions to save lives will still be in place. We can’t put down our guard just yet, but it’s possible that next summer, we can have some barbeques, birthdays, and celebrations, without having to worry about COVID-19. Hopefully the island industries so reliant on tourism and travel never have to face another year quite like 2020.

With files from Omar Washington