A view of Victoria's pandemic-emptied downtown in April, 2020 (James MacDonald for The Capital)
COVID-19 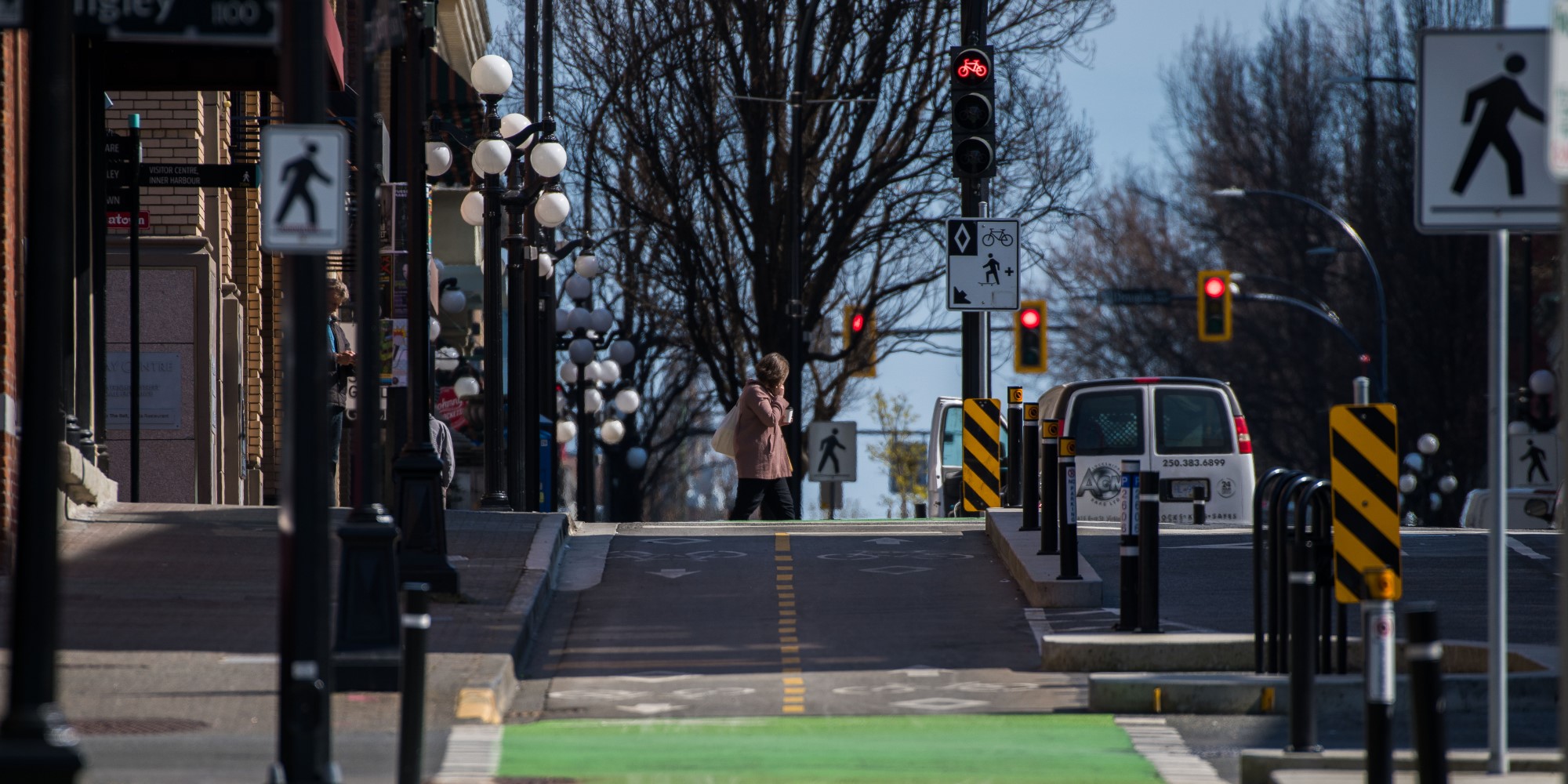 A view of Victoria's pandemic-emptied downtown in April, 2020 (James MacDonald for The Capital)

In a marathon session intended to prepare Victoria for life after COVID-19, city council on Thursday passed a vast series of civic measures poised to dramatically change the look and feel of downtown.

Among 19 motions passed over the course of 8 hours, Victoria pledged to ban cars from Beacon Hill Park, to permanently house the homeless in hotels, to seek more vegetable gardens outside low-income apartments and to transform vast swaths of public space into socially distanced restaurant seating. In a series of accompanying resolutions, councillors also endorsed measures including more free transit, a federal wealth tax and the reopening of the US-Canadian.

“It shows strong alignment and a concerted focus on recovery,” said Mayor Lisa Helps, of the session.

The city’s physical distancing measures, such as emergency pedestrian paths along Simcoe St., will remain in place for up to a year until the development of a COVID-19 vaccine. Meanwhile, council ordered that car access to Beacon Hill Park be limited in order to "pedestrianize" the space.

Hundreds of cities have handed over their streets to pedestrians and cyclists during the pandemic. Some of them plan to keep it that way. https://t.co/ioVsjKCA86 #recovery #openstreets

Victoria’s public spaces, such as Bastion Square, could become where you go to eat out. In a motion, council pledged to allow restaurants to expand their seating into squares, plazas, and even streets in order to accommodate social distancing between diners.

Retail stores will be getting similar treatment, with Victoria relaxing business bylaws for six months, allowing retailers and storefronts to display and sell merchandise on the sidewalk out front of their stores. The city is also encouraging the reopening of the Canada-U.S. border as soon as is safely possible

Reduced parking fees will remain in place until at least September 10. Parking lot, parkade and street parking rates in Victoria were all reduced to a dollar per hour, with a $5 daily maximum in parkades and parking lots, last month. Some commercial loading zones downtown will be converted to free, time limited parking areas in the evenings and on Sundays

A motion introduced by councillors Sarah Potts and Jeremy Loveday proposed to try and find a way for more Victorians living in subsidized or supportive housing to grow their own food. Although transit is a regional responsibility, Victoria moved to ask the Victoria Regional Transit Commission to maintain free fares for the duration of the COVID pandemic, while also continuing to run maximum service hours.

On homelessness, city efforts were mostly directed towards requesting more action from the province. In a motion submitted by Councillor Geoff Young, the Government of BC was asked to earmark an unspecified indoor shelter that would “have sufficient capacity and be sufficiently well supervised that no one is required to sleep in a park.”

“Efforts to restore tourism, hospitality and downtown retail will fail if the sense of disorder and lawlessness that characterize parts of the downtown as a result of the closing of shelter beds and an influx of homeless people from elsewhere not addressed,” it read.

On Thursday the city also authorized $1.2 million in grants, as well as an unspecified grant to the Community Food Support Network, a student group offering food hampers.