African penguins at the Monterey Bay Aquarium, where you can take a virtual visit via webcam.

Capital Daily is part of the Trust Project
latestCOVID
TransportationBusiness
HousingGood News
African penguins at the Monterey Bay Aquarium, where you can take a virtual visit via webcam.

March 29, 2020
Get the news and events in Victoria, in your inbox every morning.
Thank you! Your submission has been received!
Oops! Something went wrong while submitting the form. 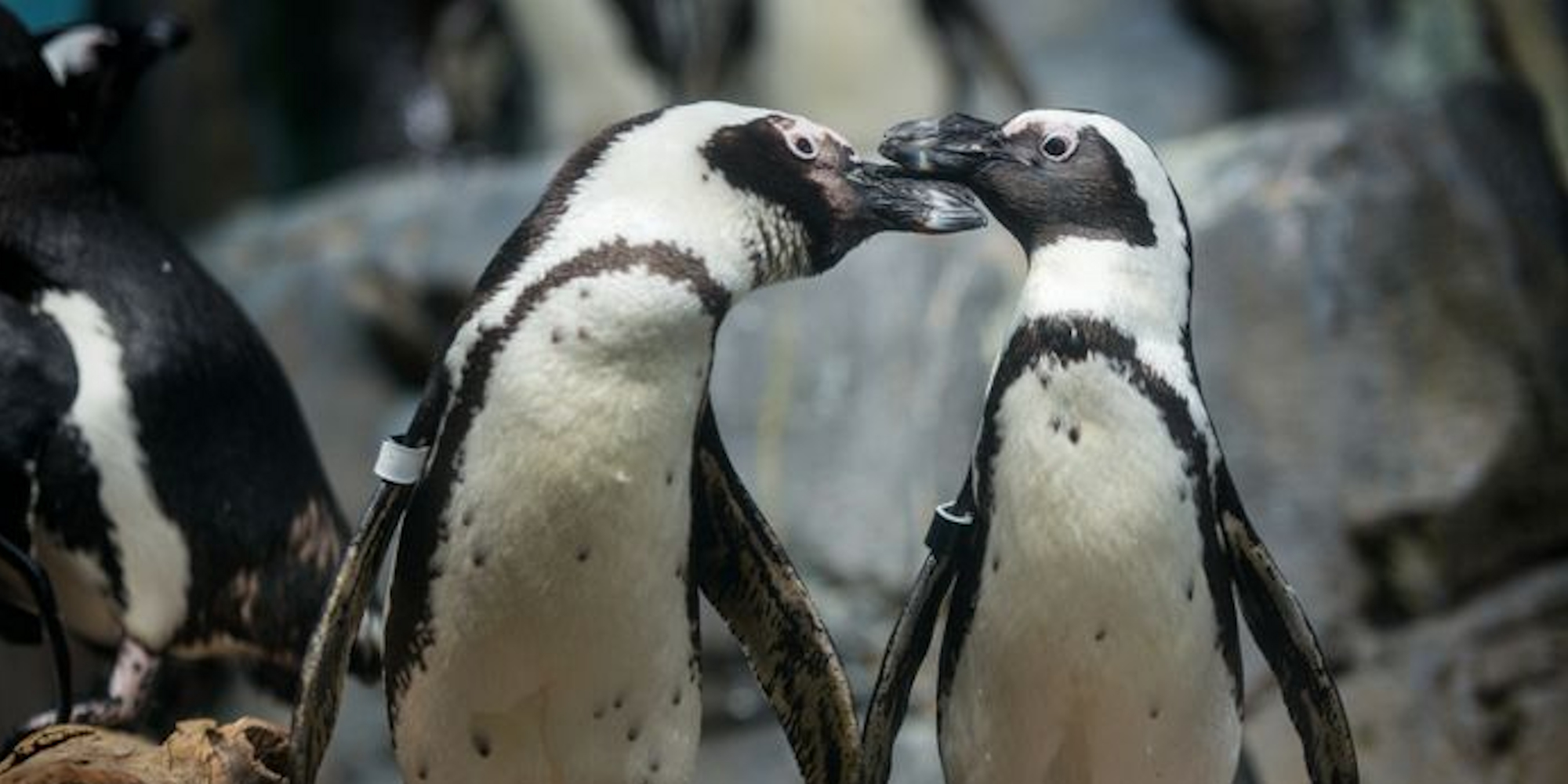 African penguins at the Monterey Bay Aquarium, where you can take a virtual visit via webcam.

As we covered yesterday, BC’s extraordinary efforts to stay home and avoid social contact are yielding results: While the province continues to rack up new cases, the rate has slowed dramatically from what was expected, offering hope that Vancouver Island may dodge the horror of Italy or New York City. Of course, it also means we’re all going to be staying inside for some time to come.

Fortunately, it’s never been a better time to be on the internet. In addition to the usual offerings such as Netflix or YouTube, the last days have seen a tidal wave of new online content as everyone from museums to amusement parks shift their operations into cyberspace. Below, The Capital’s guide to a (free) grand day out without leaving your couch.

Start off by taking in one of the Royal BC Museum’s online exhibitions. Then, the Museum Computer Network, a US-based non-profit for museum professionals has opened up all of its Special Interest Groups (SIGs) for free to non-members during the COVID-19 pandemic, and is compiling a list of open access digital collections where you can access artifacts, artworks and historical documents from around the world. We recommend starting with this 3D model of a life mask of Abraham Lincoln, courtesy of the Smithsonian.

Meet friends (or strangers) for drinks

We are now almost two weeks into BC’s longest mass-closure of drinking establishments since Prohibition. Luckily, there’s “on-nomi,” a Japanese term for drinking online. Using Facebook Messenger, Zoom, Skype, Facetime or the teleconferencing app of your choice, schedule a beer with a friend, or see about meeting someone new.

Force thousands of musicians to cancel their gigs and stay at home, and the inevitable result is a golden era for livestreamed concerts. Vulture.com has compiled a pretty comprehensive list here, but it’s a pretty safe bet that your favourite musician is in front of a webcam somewhere. For some local flavour, Randy and Tal Bachman teamed up for a livestreamed joint concert last week.

JSTOR, the world’s largest database of academic and research journals, normally requires a hefty subscription fee. For the duration of the COVID-19 outbreak, the company has made access to its unlicensed collections, as well as over 25,000 books, absolutely free.

California’s Monterey Bay Aquarium has a host of free livestreams following animals at its facilities, including penguins, sea otters, sharks, and jellyfish.

Turn your kid into a coder

If this ongoing experiment to move all of civil society online should teach you anything, it’s that coding is a very, very important skill. Scratch, an online platform run by the Lifelong Kindergarten Group at the MIT Media Lab, teaches children and adolescents programming language and mathematical and computational ideas by having them build interactive stories, animations, games, music and art.

The first weekend in April, the World Wildlife Federation was intending to hold a fundraiser in which participants would race up all 1,776 steps of the CN Tower. Now, the WWF is inviting people to simply climb 1,776 steps in their own homes. Start training today!

Take in some opera

Every day at 4:30p.m, Victoria time, one of the most famed opera houses in the world, The Metropolitan Opera, is live streaming productions for free. Performances remain up for 24 hours. This week, it’s all Wagner.

Even under non-pandemic conditions, Canada’s Wonderland is typically not open in March. However, for COVID-19 the amusement park has compiled first-person videos of all its top attractions. Throw up a video on the TV, put your kid in a laundry basket on your lap and it’s amazing how close you can approximate the feel of a multi-million dollar roller coaster.

Bone up on your CanCon

The public broadcaster’s streaming service is free for anyone in Canada, with premium options available for those who want to be spared from commercial interruption. Gem boasts the Canadian rights to excellent shows from abroad as well as a plethora of Cancon classics (Kenny vs. Spenny, Kids in the Hall, The Newsroom, Slings and Arrows). One reco in particular would be the 1998 Canadian indie film masterpiece Last Night, a black comedy set in an apocalyptic Toronto starring Sandra Oh and Don McKellar (and with an especially great David Cronenberg cameo).

Like almost all professional sports, the NBA is on hiatus (and some of its players have become COVID-19 cases). However, to still give people their basketball fix, the NBA has implemented free 30-day access to League Pass, a massive online repository not only of recent NBA games, but of classic games dating all the way back to the 1960s.

For thousands of people, our new reality of intentional social isolation hasn’t been the healthiest thing: Less exercise, strained family relations and the temptation to relapse into old vices. A 16,000 strong Reddit group, Covid19_support, has sprung up in recent weeks where users have exchanged their hopes and concerns about the times we live in. People share stories of having to isolate alone when ill, pass on tips about grocery shopping, or have a free space to vent about suffering from asthma.