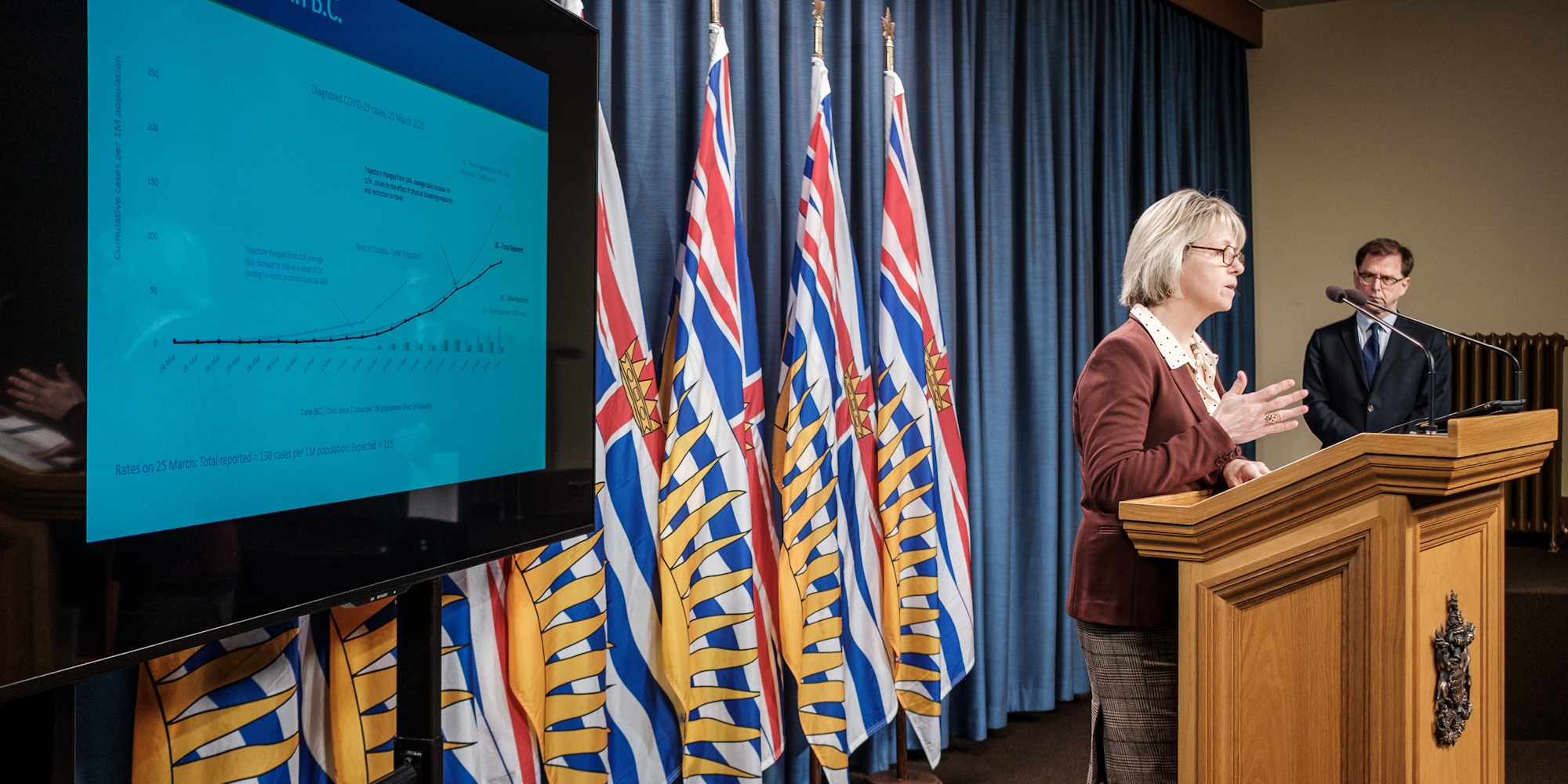 On Friday, BC counted a total of 792 confirmed cases of COVID-19. At first glance this doesn’t sound promising, particularly given that we had 348 cases only a week ago. However, it’s the first time that BC’s numbers have deviated from the much circulated “exponential curve” showing how COVID-19 can be expected to spread without proper intervention. Below, The Capital presents the following graphs to show why we may have just scored our first victory against COVID-19.
‍

The grey dotted line is what could have been – and what still could be if BC abandons its Herculean social distancing efforts. In the early days of COVID-19’s spread in BC, confirmed cases were growing at the rate of 24%; the dotted line traces what would happen if that rate was left unchecked. Instead, while BC is still racking up new cases, the growth in cases has tapered off dramatically to just 12%. We’re dealing with a threat that can double overnight, so these are still very preliminary numbers. However, it seems to indicate that all this self isolation is paying dividends. If BC can keep this up, we may yet avoid the nightmare scenario of Italy, where healthcare systems become so overwhelmed that hospitals are forced to make harsh triage decisions as to who gets care.
‍

While BC and Ontario were the first provinces to see COVID-19, in the last days the Canadian epicentre of the outbreak has shifted to Quebec and Newfoundland and Labrador. Quebec had 2,021 total cases as of Friday afternoon; more than double BC’s total. In Newfoundland and Labrador, a single COVID-19 patient attending a funeral helped to spike the province’s infection rate nearly overnight.
‍

Unlike the two charts above, this chart depicts total cases, not cases per million. However, it contrasts the two extremes of experiencing COVID-19. Either a country can be like Taiwan or Singapore, and count only a handful of manageable cases. Or, the outbreak can spiral out of control, as appears to be occurring in Italy and the United States; both of whom just surpassed the total cases seen in China’s Hubei Province, the origin of the virus (although, given the US’ significantly larger population, this chart shows a much more acute disaster in Italy). BC is still at the very early stages of its experience of COVID-19, but the unprecedented measures of the last two weeks are all designed to keep our line closer to that of Taiwan than of Italy.