March 26, 2020
Get the news and events in Victoria, in your inbox every morning.
Thank you! Your submission has been received!
Oops! Something went wrong while submitting the form. 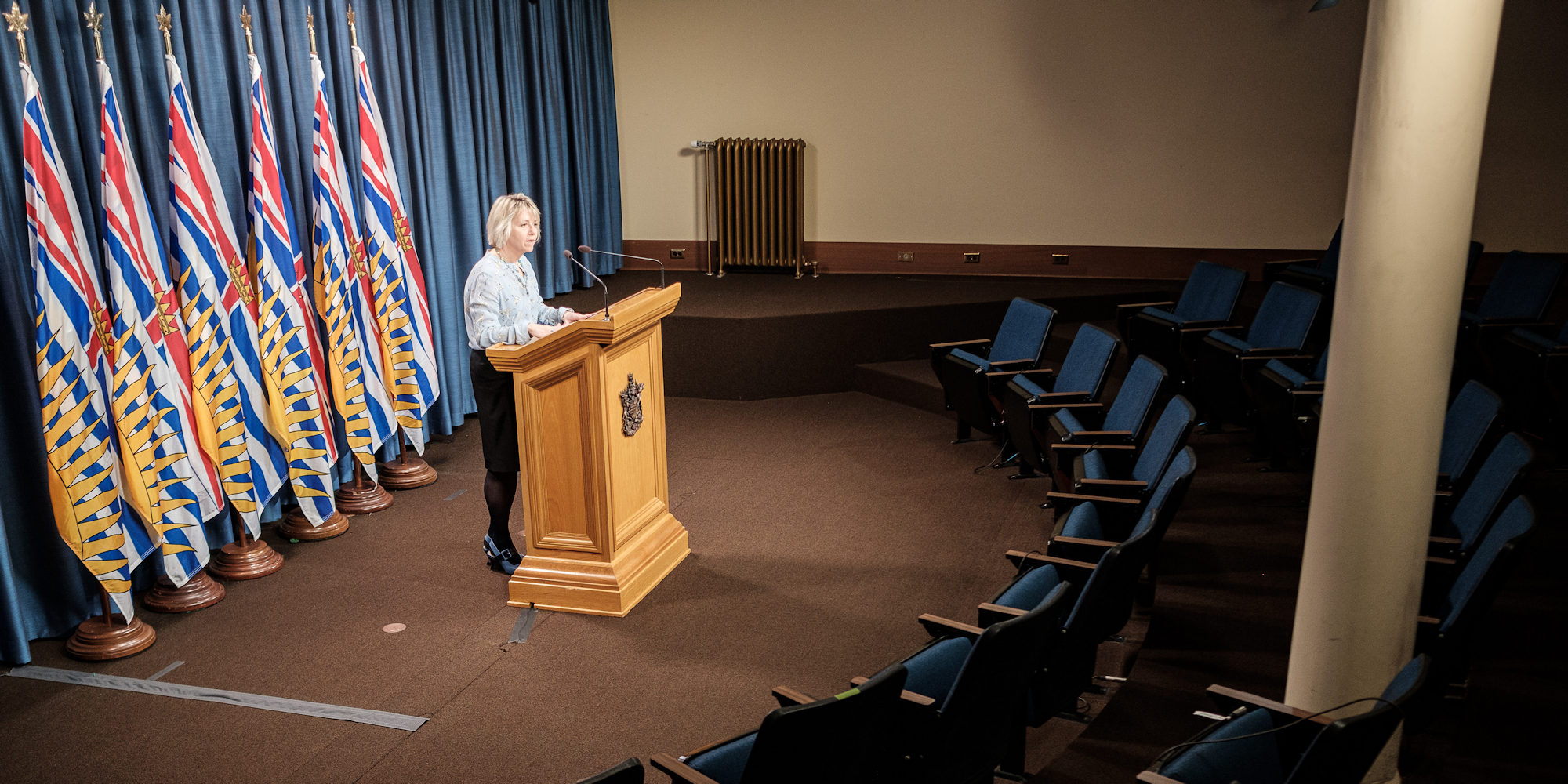 Never before has the world paid such close attention to statistics. The rallying cry of the COVID-19 pandemic has become “flatten the curve”; a reference to the steep exponential curve showing how many could become infected by the virus if its spread is left unchecked. When this pandemic is over, the countries that were best able to avoid the carnage of the novel coronavirus will also be those who were best able to respect the underlying math of the disease and respond accordingly. Below, in partnership with UVic PhD biochemistry student Harley Gordon, The Capital has compiled the relevant data on where and how this pandemic is hitting us.

Pandemics are markedly different than other types of public health crises. If murder rates or car crash fatalities trend upwards, they do so incrementally; a 10% rise in a single year would be considered catastrophic. But an infectious disease spreads like a wildfire. One week it’s smoldering in a glade somewhere, the next week it’s the size of Portugal and bearing down on a populated area. The chart above shows the speed with which COVID-19 takes hold. Precisely one month ago, on February 24, BC only had 7 cases and the official line was that Canada was at “low risk” for the virus. February 24 was also the day where the top headline in Canada was that a Zamboni driver had helped beat the Toronto Maple Leafs as an emergency goalie. A mere 31 days later, and that “low risk” virus has shaped Canadian life like nothing before. And, as covered previously by The Capital, limited testing capacity necessarily means that confirmed cases are only a fraction of the total COVID-19 infections that have struck the province.

When compared to the seriously botched early testing regime of the United States, BC attacked COVID-19 with aggressive testing from the get-go. With provincial laboratories now hitting their stride by turning around 3,500 tests per day, it has given public health authorities significant ammunition to pinpoint outbreaks and rein them in early. As the above chart shows, BC is now testing at a faster rate per capita than even South Korea, whose efforts at limiting the spread of COVID-19 are emerging as the gold standard in pandemic response. Hopefully, in a few months all these testing numbers will seem quaint. Early studies out of China shows that medical researchers are close to developing a home COVID-19 test that would be no more complicated than a standard pregnancy test.

BC, just like Washington State to its south, has acted as the early epicentre of the North American COVID-19 outbreak. Epidemiologists have expected this for years. Asia has always ranked as the region of the world most likely to spawn the next great virus, and when that occurred, the odds-on favourite was that Canada’s Patient Zero would be passing by the famous living walls and First Nations carvings of Vancouver International Airport. As this chart shows, the next-most impacted province, Ontario, is also a major hub of international travel, with Toronto Pearson serving as the country’s busiest airport. Smaller provinces have dodged the tidal wave thus far, but with inter-provincial border closures off the table, there’s no reason to believe this will last. The only exception might be the territories, who are still able to tightly monitor their limited transportation links with the South.

If Canada is able to dodge the destruction that COVID-19 has wreaked in the likes of China and continues to wreak in Western Europe, it will be in part because we were blessed with forewarning. In February, life in BC was still carrying on as normal when COVID-19 began surging through the likes of Iran and Italy. As a result, by the time BC provincial medical officer of health Bonnie Henry began ordering unprecedented shutdowns of civic life, it wasn’t a hypothetical that COVID-19 could kill thousands and overwhelm the healthcare system; it was a chilling fact of life for people only one a few time zones away. A few weeks lead time on COVID-19 has already given us a look at the situation as it could be. South Korea has conquered COVID-19 about as well as could be expected, and is even beginning to restore some normalcy to public life. They did this through actions that Canada is matching, such as aggressive testing, and also through actions on which Canada has lagged considerably, such as early travel bans, ample surge capacity for medical supplies and near-universal public wearing of face masks. As of this writing, Canada is in the midst of a grand experiment to see if these deficiencies can be offset by unprecedented levels of self-isolation.

By filling out the form above, you agree to receive emails from Capital Daily. You can unsubscribe at any time.
Tristin Hopper and Harley Gordon
,
EMAIL:
TWITTER:
contact@capnews.ca

Everything's Closed: Here's How You Can Still Get Out