October 8, 2021
Get the news and events in Victoria, in your inbox every morning.
Thank you! Your submission has been received!
Oops! Something went wrong while submitting the form. 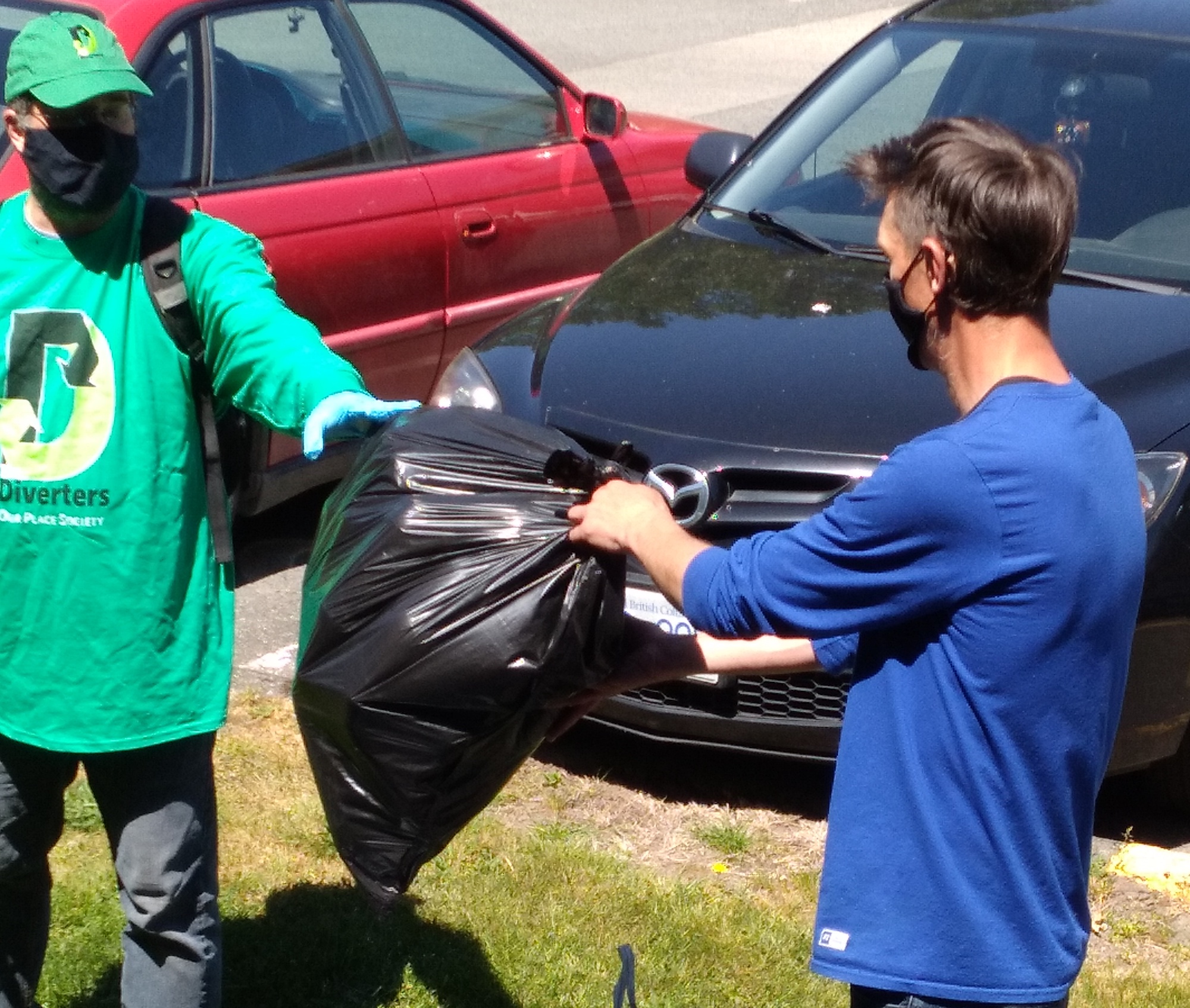 Subscribe today to The Good Newsletter, Capital Daily’s weekly spotlight on uplifting stories and community resources, to receive good news in your inbox every Friday.

‍Across Greater Victoria, there is a group of people quietly working to make our trash and recyclables have a more sustainable impact on the planet.

They go by many names: binners, waste pickers, bottlers. But as a collective, they are the Diverters, a nonprofit foundation that creates programs for skill building, economic opportunities, and eco-friendly initiatives for marginalized people in Victoria.

Most of the Diverters Foundation’s waste diversion comes in the form of sorting out returnable containers from trash cans and blue recycling bins in the city, which members bring to recycling centres for money. Traditionally, people who operate as binners have experienced stigma—something that Alyssa Savage, a board member and volunteer for the Diverter Foundation, says this group is looking to change.

“There is not usually an acknowledgement that diverters provide an environmental service to the community, but they really do decrease the amount of waste going to landfills, and essentially are sorting waste that's in public spaces,” Savage said.

“All our members take a lot of pride in the work that they do and they see themselves as environmental stewards, and they're very interested in doing public education to [reduce] some of the stigma that exists around their work.”

Although binners have been operating informally in Greater Victoria for a long time, the Diverters Foundation first came together in 2019 with the help of several individuals who were inspired by the Binners' Project in Vancouver.

Jeremy Ball was working at Our Place at the time, and saw that there were “well over 50 people just in the downtown core” who were already generating income through binning. With support from the Binners’ Project and grants through the City of Victoria and the Victoria Foundation, the Diverters Foundation began to reach out to them and expand support services.

Although many of their services were reduced during the pandemic, the Diverters Foundation is rolling out new campaigns and pilot projects this month including one that pays members to collect returnables from people in several neighbourhoods across the city.

According to Ball, who is now the volunteer chair of the Diverters Foundation board, many of the diverters in the downtown core are in their 20s and 30s. Most work independently, and many are involved with the street community. Outside of downtown, he says, the typical age of diverters is higher—most are retired or semi-retired. Not all members do it full time, but the money they take home from the returnables is helpful in supplementing their income.

Apart from the cans, bottles, and cartons that can be returned for cash, diverters also check that recyclables are sorted properly, often flattening cardboard boxes and removing returnables to make room for other refuse. But it isn’t only returnables that diverters remove from the waste stream, as they also find items that can be given a new life.

“Sometimes it is a matter of finding something that they believe has value and can find somebody that would like to purchase it,” Ball said.

Volunteers from outside the diverter community, including Savage and Ball, currently help coordinate the foundation’s programs. However, the crux of the organization—down to the name, which was picked by diverters themselves—is centred on its membership. Eventually, the Diverters Foundation hopes to be maintained and run solely by members of the binner community.

Prior to the pandemic, which has slowed down some of their programs, the Diverters worked on a pilot program with Fort Properties, which manages many of the restaurants and businesses on Fort Street. Diverters helped to sort and divert the buildings’ waste, and found more effective ways to get rid of unwanted items. At the end of the program, Ball says the Diverters had helped reduce waste for the properties by 40%.

It’s been a difficult past year for the community of diverters in Victoria, but with new COVID-safe measures in place the Diverters are once again starting to build out their outreach initiatives.

A community pickup program will be launched in a few weeks, which Ball says will be piloted first in Fairfield, James Bay, and Fernwood. Community members will contact the Diverters when they have bags of returnables available, and members will show up in their bright green uniform with ID to collect them. Given the resources available, they hope to pay the diverter to look after the returnables, with any excess proceeds and donations going back to fund future projects.

One of the largest projects underway is a campaign in partnership with Vancouver’s Binners’ Project called the “Coffee Cup Revolution,” where the two groups aim to demonstrate the need for BC to institute a permanent refund fee for paper coffee cups. Daily single-use coffee cup users amass about 23 lbs of trash per year—waste that the Diverters say could be taken out of landfills with more incentive for proper recycling.

To raise awareness of this cause, the Diverters are hosting a pop-up coffee cup depot at Victoria High School on October 28th from 11:00 am to 2:00 pm. Anyone in the city is invited to drop off as many used coffee cups as they can for a 10-cent refund.

Although this is the first year the Diverters are hosting this campaign, it will be the seventh year running for Vancouver’s Binners’ Project. Based on their sister organization’s success, the Diverters Foundation hopes to collect 30,000 coffee cups—or half a ton of garbage—through the event.

It’s an ambitious undertaking, but Ball thinks it will be an opportunity to grow their membership and break down stigma about the work diverters do in Victoria. The members have inspired and fueled his work with the Diverter Foundation, Ball says, and their potential to make a difference has only just begun.

“What really drew me to being involved with these wonderful people is that they really are very hard workers,” he said. “They're truly positive members of their community and contributing to the good of the circular economy.”