February 19, 2021
Get the news and events in Victoria, in your inbox every morning.
Thank you! Your submission has been received!
Oops! Something went wrong while submitting the form. 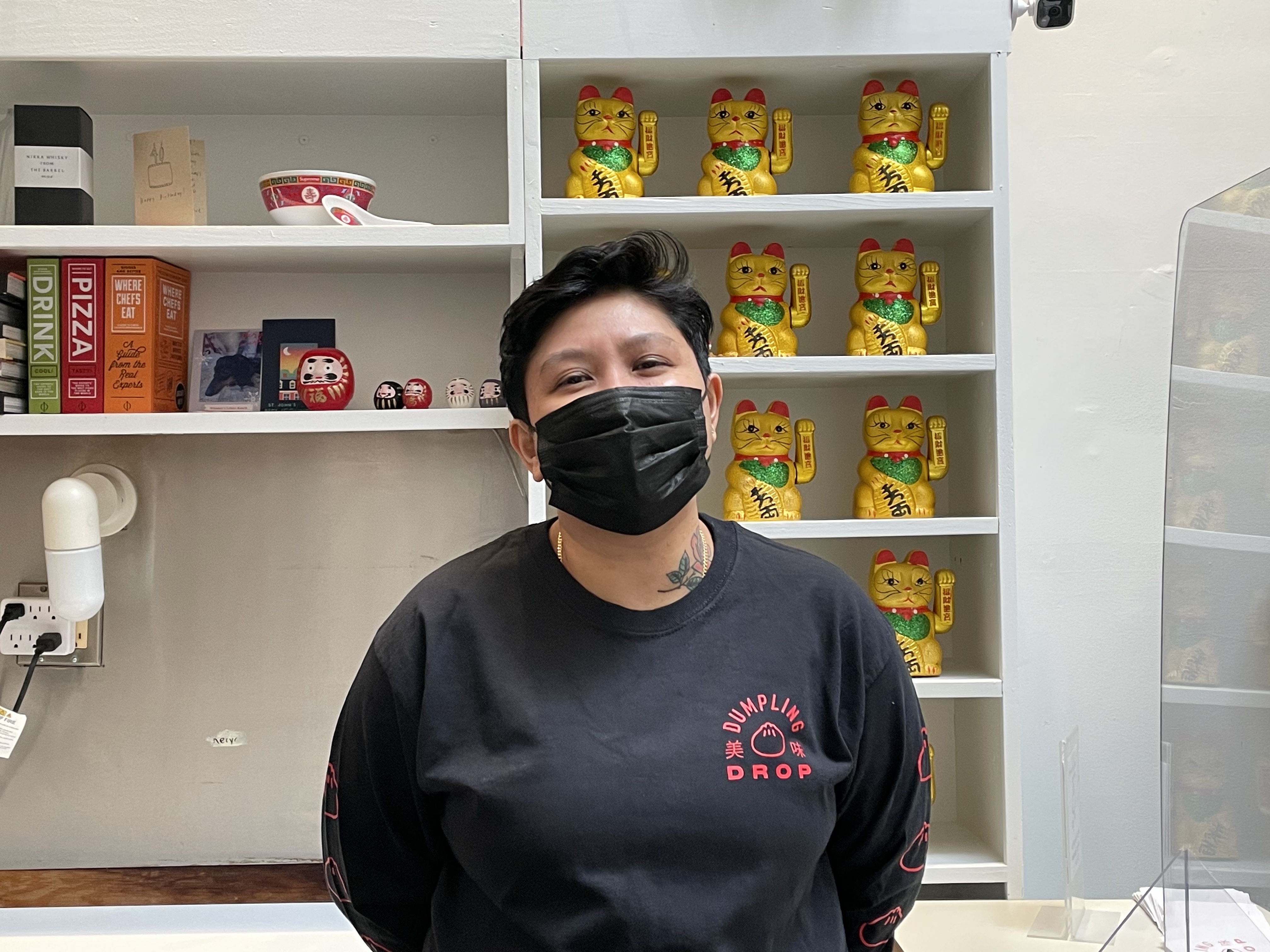 Side by side, Tarn Tayanunth and her mother tenderly roll a thin dumpling wrapper around a ball made from a mixture of local ground meat, water chestnuts, and other fresh ingredients.

This process has become more than just their cherished Friday night tradition. Tayanunth hoped the repetitive motions of mixing, rolling, and folding the dumplings would keep her mother Toom’s mind active and her memories strong since she was diagnosed with Alzheimer’s disease. The memory of hand making dumplings is a deep-rooted one for Toom; the tradition was passed down from Tarn’s grandmother, and carries a long generational history.

When Tarn’s freezer started to overflow with dumplings, she first gave them away to friends, who suggested she put her years of restaurant experience into selling them.

Now, in spite of a global pandemic, Dumpling Drop delivers 250 bags of dumplings a week, with about 100 additional bags sold at their storefront.

Over the last year, Tayanunth has gone from selling dumplings outside of The Atrium, to opening Dumpling Drop’s first storefront along Pandora Ave. in November of 2020. In the 2020 Tasting Victoria People's Choice Awards, Dumpling Drop was voted one of the top two new restaurants in the city. Just this week they were nominated for the Chamber of Commerce’s Best New Business Award, which will be announced in May.

With the help of the community, Tarn hopes to raise $2,500 on their fundraising page by the end of February.

“Every single one of our staff has someone in their family that is affected by Alzheimer's,” Tarn said. “It's something that people don't really talk that much about, but everyone's affected by it.”

According to the Alzheimer Society, it has taken hold of one in every 20 Canadians over the age of 65. The disease can affect people of any age—about 16,000 Canadians under 65 have early-onset Alzheimer’s.

Dumpling Drop has packed more than a punch in Victoria’s food scene. It’s allowed Tarn to provide for her mother, who lost her job following the diagnosis. It’s also provided her and her all-female staff with a stable income during the pandemic, as the demand for locally made, delivered food has soared in the past year.

And after 20 years in the restaurant industry, Tarn was able to open her own restaurant a month before her 40th birthday—a longtime personal goal.

“I think that Dumpling Drop is so lucky for the amount of support that we get. We could not have survived COVID anywhere else—I think Victoria is the place to be,” she said.

“It's such a supportive community, and I just want to say thank you to everyone.”

Tarn chose this month to kick off the fundraiser in honor of her mother’s 65th birthday.

Dumpling Drop isn’t the only local restaurant that plans to donate to the Alzheimer Society of British Columbia—Big Wheel Burger, La Roux Patisserie, The Salt & Pepper Fox, Martha's Delectables, and Rook & Rose have jumped on board as well.

With just over a week left in the fundraiser, Tarn hopes to continue rallying support to help push Dumpling Drop past their $2,500 goal. Currently, they are more than  55 per cent of the way there.

“I'm pretty happy to put the BC Alzheimer's Society out there,” Tarn said. “I think they do an amazing, amazing job for people in Victoria and BC in general.”‍