January 23, 2023
Get the news and events in Victoria, in your inbox every morning.
Thank you! Your submission has been received!
Oops! Something went wrong while submitting the form. 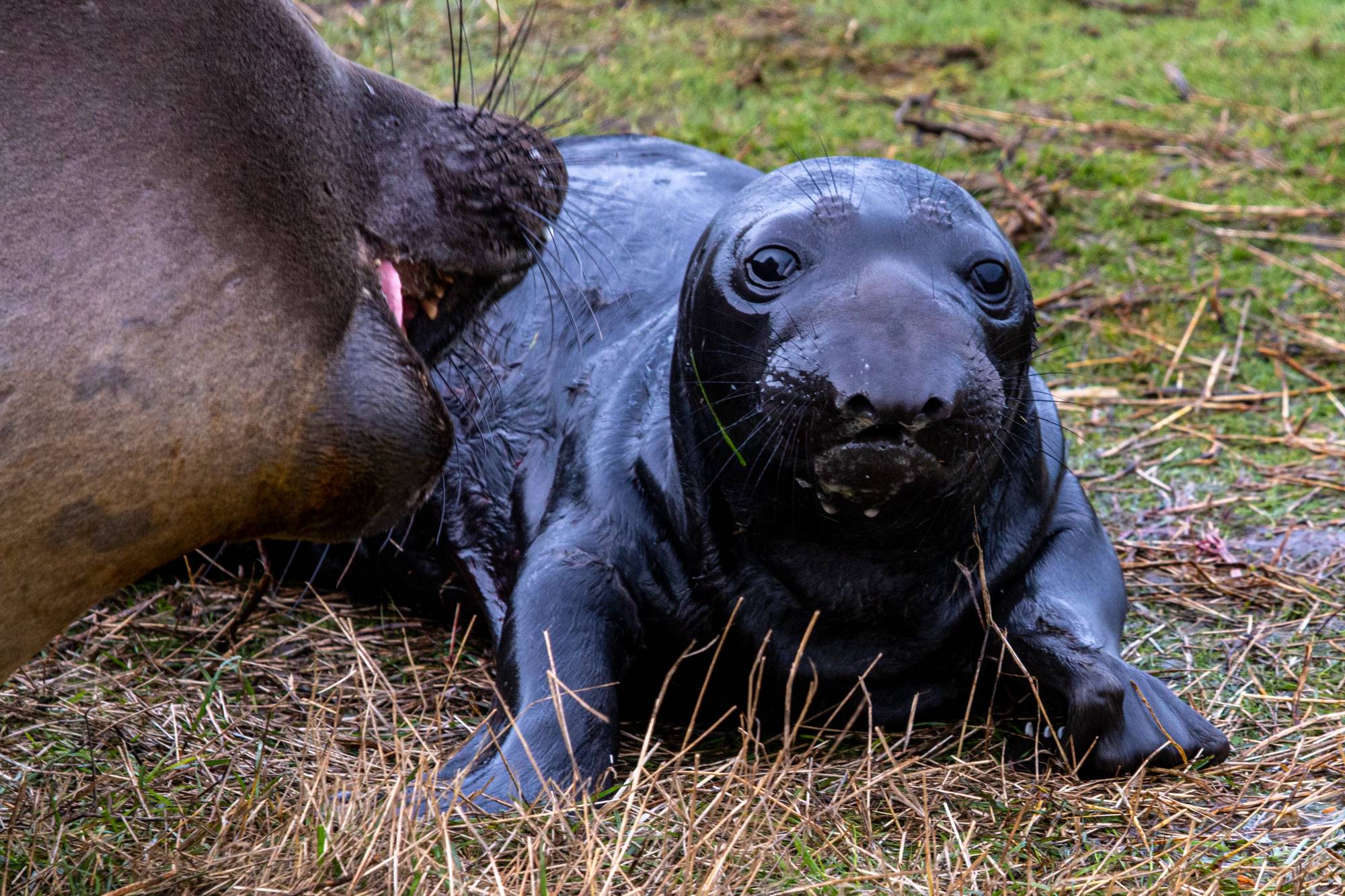 When I reached eco-guardian Derek Sterling from his solitary vantage at Race Rocks Ecological Reserve, he was keeping watch on a female elephant seal that had just arrived on the small rocky island. From his window in one of the island’s modest white buildings, he watched as the newest female flopped up the slope to join the other two mothers who had already given birth in the weeks before.

“It’s probably not going to give birth right away, but I’m trying to keep an eye on it,” he said.

The first pup of the season arrived as a belated Christmas gift at around 10am on Boxing Day. The second arrived on Friday the 13th at 8:30am. Sterling managed to capture both births on video thanks to a long-lens on his camera and an ear trained to notice the changes in the seals’ calls. His most recent video shows the birth and the celebratory calls of two mothers.

“I leave my window open because very often—and I couldn’t tell you the difference—but you will hear [a call] that sounds a little bit different than those ones normally make. That’s how I captured the first two… I heard the calls to tell me when the time was right.”

Race Rocks is known as the Gallapagos of the North because of its rich marine environment. The small Island off the coast of East Sooke Park plays host to seals and sea lions all year round and is also an important ecological zone for a variety of plants and birds.

A more recent addition to the menagerie of pinnipeds is the northern elephant seal. The large seals, known for the males’ long, bulbous noses, dwarf their harbour seal counterparts by thousands of pounds.

The large elephant seals have the run of the island when they arrive, Sterling said. The other sea lions and seals avoid them because of their size.

Race Rocks is now considered the northernmost regular rookery for elephant seals, after the first pup was born there in 2009. Pregnant elephant seals haven’t arrived every year since, but a steady stream of mothers have used the island to give birth in recent years. Last year there were three births; the year before there were five, Sterling said.

Elephant seals are predominantly found in California, similar to their smaller friends, the California sea lion. The species making its way this far north is a sign of a thriving population that’s looking for new food sources and places to safely have their offspring.

“As [the] population expands, there’s only so many good, easy-access places to give birth and that also means that males have less competition,” he said, adding that a dominant male, the “beach master,” will show up at Race Rocks to breed after the birthing is finished. “If they can find a unique place with a group of females, they may only have to battle off one or two other males.”

It’s estimated that there are currently around 150,000 individual northern elephant seals now, a huge change from more than a century ago when overhunting—to use their blubber for lamp oil—dropped their population to fewer than 100.

The giant seals have no predators on land, but in the ocean, transient killer whales will occasionally take them down, and they’re hunted by sharks in California’s waters. So when humans stopped hunting them after the species was protected in the early 20th century, their population ballooned. But even still, humans remain their biggest threat through boats and fishing gear.

The Race Rocks elephant seal pups will stay with their mothers for four to six weeks before heading off to live their relatively solitary lives. The adults however, stay behind for another month and go through a “catastrophic molt.” In other words, the top layers of the females’ fat and skin die off and new skin grows below it.

The other pinnipeds at Race Rocks go through a much lesser molt, losing only their fur.

“It’s very exhausting for the animals because they don’t go to the water to feed during all that time,” Sterling said, adding that they lose up to 25% of their body fat during that time.

Sterling cautions boaters against coming close to try to spot the elephant seals while they’re at Race Rocks. For one, the elephant seals sit in an area of the island that’s not easily viewed from the water. And secondly, boaters coming too close to the ecological reserve can disturb the wildlife.

For those who do want to see the elephant seals in real time, a much easier way is to view the live web camera at Race Rocks.

Correction at 11:40am on Jan. 24: The story was edited to clarify that elephant seals lose 25% of their body fat during their catastrophic molt.