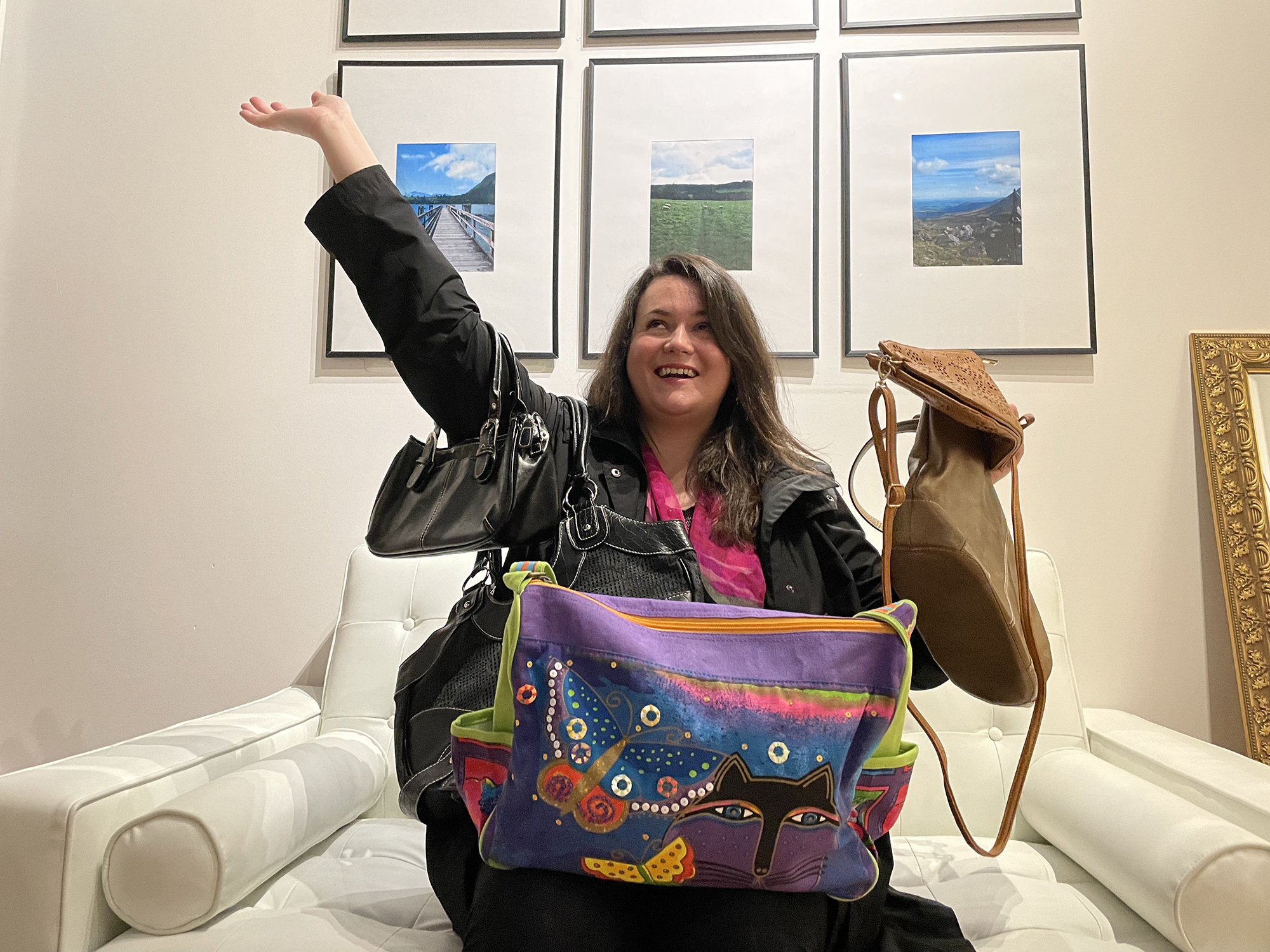 Holiday markets pop up all over the city this time of year—but only one has items available entirely for free.

This Saturday, Dec. 18 from 1 to 5 pm, Victoria resident Ashley Lewis has organized a free Christmas boutique with hundreds of new and gently used products including clothes, homewares, kids toys, electronics, and self-care supplies.

“We have a lot of really, really great stuff,” Lewis said. “It's a mix of [things to] grab for Christmas gifts but also things for everyday life.”

The event is intended as a barrier-free opportunity for low-income residents to pick out gifts for themselves and their family, she said. Everything available at the boutique has been donated by herself, local businesses, and other community members.

Lewis knows first-hand how much support from the community can mean to those who are struggling, as she has recently experienced a difficult few years with her health.

“I personally have been dealing with some chronic health challenges for a few years now, and it's been really really tough,” she said.

“I was inspired to start something to help others that are like me, who are struggling with health difficulties, or disabilities, or other barriers and dealing with a low income.”

As she witnessed mutual aid groups take action to help people around the city during the pandemic, Lewis felt inspired to join in and give back in her own way.

This past summer, she started the Purse Project, an initiative where she compiled care packages inside bags and purses and sent them to those in need, including many patients in the oncology ward of the Royal Jubilee Hospital.

“Some of those people don't have family, friends, or people around them,” Lewis said. “So to be able to provide them with a care package that's also kind of like a gift—like you would receive on your birthday or at the holidays—was just something I really wanted to be able to do for those people.”

Although she hasn’t kept a tally of how many bags of care packages she’s given out at this point, Lewis is sure the number is in the hundreds.

In October, Lewis expanded her efforts to organize her first free boutique. With prices in local thrift shops on the rise in recent years, she wanted to provide a barrier-free alternative—with no proof of income or application required to shop for free.

Although Lewis says she only started advertising the event four days in advance on social media, over 100 people attended and locals donated dozens of items for the boutique.

Daegan Reimer offered the outdoor space adjoining her home to Lewis as the space to host the first boutique. On the day of the event, she was surprised to look out her kitchen window and see a long line of people outside her home, waiting for it to start even before the organizers had a chance to set up.

“It was quite a long lineup, about I think three houses down,” Reimer said. “It was a really good [turnout], everyone was very positive from the volunteers and the people who came to the boutique.”

Heading into the Christmas boutique, Lewis is excited for all of the new products they’ll be able to offer people. A local jewelry store is making over 50 bracelets for the event, and Oak Bay Hearing Clinic donated hearing aids valued at $4,000 that will be gifted to a local woman in need. The recipient was chosen for her work running a dog rescue organization. Lewis also has several donated big-ticket electronics, including Kindles, that she hopes to give away as door prizes.

Lewis has seen an outpouring of support for the boutiques from businesses and other locals over the past few months, and is looking forward to sharing this latest round of donations with the people who need them the most.

“This has just shown me the goodness of people throughout the pandemic, and how much people want to help their neighbours,” she said. “I love it.”

Due to the high interest in this event, Lewis has asked that anyone looking to attend should RSVP to her through the Purse Project’s Facebook page. To ensure everyone who attends throughout the day is able to access what they need, there will be a limit on the number of items attendees can shop for. However, at the end of the day, anything not taken will be up for grabs.

The most meaningful moments of these boutiques, she said, are when she gets to witness people become empowered. One woman approached Lewis during the October boutique and thanked her—the woman was in recovery and had put all her money towards removing a tattoo, leaving her unable to buy herself moisturizer. But picking out her own moisturizer for free that day, the woman said, made her overwhelmed with happiness.

Whether the boutiques support people in giving their children the perfect holiday gifts or simply prioritizing their own self-care, Lewis says it’s all part of her vision.

“If I could make the smallest difference in somebody's day or their life, and just let them know that somebody cares and they're not alone, then that's my whole mission,” Lewis said.

Capital Daily readers help raise more than $170,000 for Victoria’s neediest families
This year in good news: looking back on the impact of our readers
Wishing you a free Christmas: locals create free boutique for low-income community members
Meet Maynard Johnny Jr., the artist behind the BC Ferries’ new Salish Heron
'We see people light up': Truck Light Convoy and Food Drive to illuminate Greater Victoria streets for the 23rd year
Meet the unsung heroes of our canine community: the dog blood donors

The Capital Daily Holiday Donation Drive surpassed its original goal of $150,000, raising more than $170,000 for local families in need, as part of our collaboration with the United Way Southern Vancouver Island to benefit Neighbourhood Houses in Greater Victoria

This year in good news: looking back on the impact of our readers
A book's popularity surged, a barbershop saw unsolicited gifts, a fundraiser raised $30k and much more, thanks to Good Newsletter readers 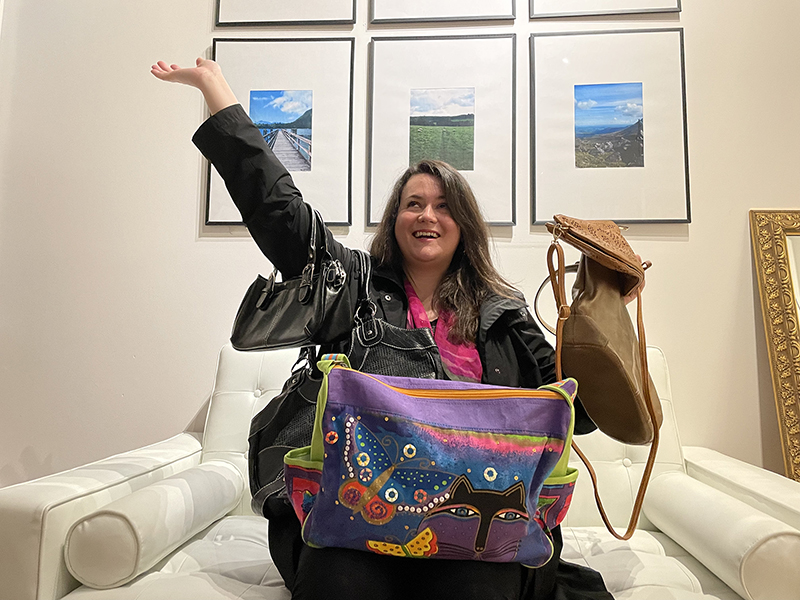 Wishing you a free Christmas: locals create free boutique for low-income community members
With support from businesses and community members, Ashley Lewis is offering up hundreds of donated items to people in need
Have a tip?
Use our confidential inbox