March 3, 2021
Get the news and events in Victoria, in your inbox every morning.
Thank you! Your submission has been received!
Oops! Something went wrong while submitting the form. 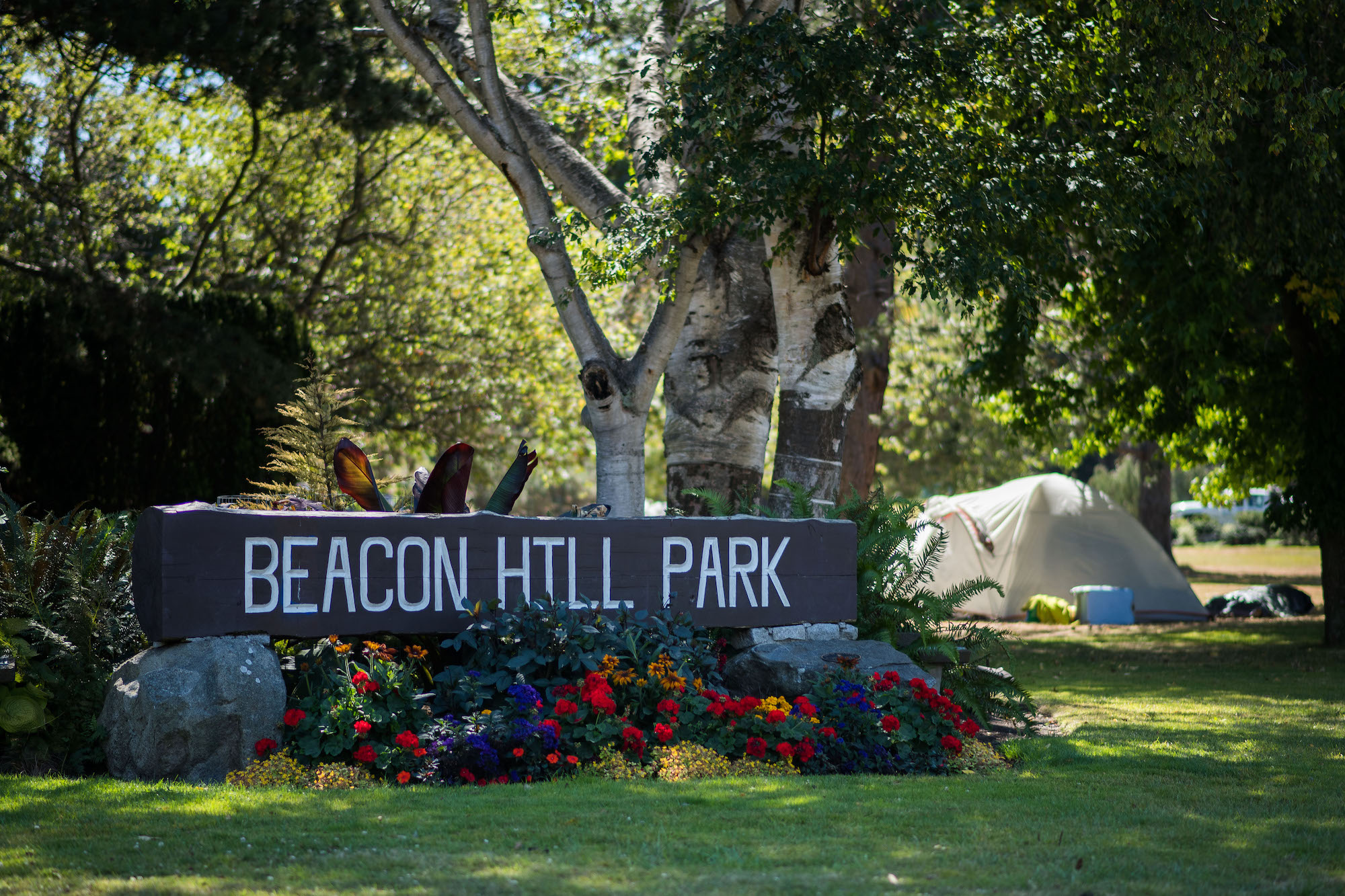 It was the late eighties, and the people of Victoria were up in arms: gay men were rumoured to be using the wooded section in Beacon Hill Park’s southeastern corner for hookups.

“Local residents have complained that the Cook Street-Dallas Road section of the park is not safe,” the Times Colonist reported in September of 1989. “They said that prostitutes frequent the area and homosexuals meet there.”

The fact that the noise, drinking, and speeding up and down the road was much more likely due to teenagers drinking on Dallas Road beach than gay men trying to keep a low profile was lost in the rush to clear out the park. A proposal was put forth to clear the trees and bushes from the park’s wooded corner.

“They wanted to evict the gays from the woods,” Roy Fletcher recalls.

Into the witch hunt stepped Roy’s sister, Anne Fletcher, at the head of a fearless, progressive group. Calling themselves the Friends of the Southeast Woods—they would later change the name to the more inclusive Friends of Beacon Hill Park—the group fought hard against the fear-mongering and prejudice that was pushing the city to crack down on vulnerable people. Roy, a survey engineer, drew up an environmental map, and the group led hundreds of people on walks through the woods to show that it was safe, and to demonstrate what would be lost if it was cleared away. They spoke at council meetings and to the media.

“Don’t hide behind the issue of homosexuals,” activist Betty Gibbens said at the time. “If people are nervous they can go someplace else.”

James Douglas, an agent of the Hudson’s Bay Company, landed at Clover Point in 1842. Looking around him at the luxuriant vegetation and wildlife of the area, he wrote it was “a perfect ‘Eden’ … one might be pardoned for supposing it had dropped from the clouds into its present position.”

It hadn’t. The area was cultivated for human use by the First Nations of the area for thousands of years, with techniques like clam gardens, controlled burns, and selective harvesting. The result was a place perfect for human habitation, and that was nowhere better defined than in what would later become known as Beacon Hill Park.

In the blink of an eye, the rest of the city had been transformed for houses and farming, but parts of Beacon Hill Park—between planted flowerbeds and artificial waterways—remained wild.

If the Friends’ consistent preservationist stance has usually meant guided walks to look for rare flowers and protecting sections of the park from disturbance, today it has set the Friends of Beacon Hill Park against the unhoused and their advocates, as well as the City of Victoria. The group launched a lawsuit against the City in December to stop round-the-clock camping in the park.

The trust that’s at the heart of the lawsuit is the defining document of Beacon Hill Park. When the park was turned over to the City of Victoria in 1882, it was a gift with strings attached. It was to be “maintained and preserved by [the City] for the use, recreation and enjoyment of the public.”

That wording turns out to not have been as clear as one might hope.

On March 2, the City of Victoria submitted a request for the BC Supreme Court to look into the question of whether the trust covers 24/7 sheltering. The application was done in part to fend off the lawsuit brought by the Friends of Beacon Hill Park, and the group’s lawyers were consulted in the development of the specific question to be raised.

“There has never been a ruling on whether sheltering is allowed or not,” Mayor Lisa Helps said in a press conference announcing the application to the court.

Listing the factors that led to the people sheltering there—chronic homelessness, the pandemic, mental health and addictions—Helps argued the city is dealing with “modern realities that did not exist when the trust was created in 1882.”

The Friends of Beacon Hill Park has set aside their lawsuit while the court answers the question—a question that could be moot by the time the court decides, since the city has promised to house all the campers by the end of March. ‍

‘Most of the new members are not environmentalists’

Fletcher, now 75, grew up across from the park, on Heywood Avenue—an upbringing blessed with the park literally outside his front door.

He knew Herb Warren, the park superintendent who oversaw much of the beautification and promotion of the park; he learned about the park’s rare native plants at the side of Chris Brayshaw, curator emeritus from Royal BC Museum. The park was a playground and a school to him.

Between the controversies of the 1980s and the present, there were few major issues driving interest in the park. There was a proposal to host a music festival in 1998; that got people interested and a court ruled against it. Again, in 2008, a court weighed in, that time to allow camping in the park at night, as long as there was nowhere else for people to go.

The quiet times have long passed. By the time the pandemic took hold, the Friends of Beacon Hill Park was down to around 20 members. Membership in the group has tripled since people began sheltering in place in the park. “But that’s typical; any time there’s an issue, people want to get involved,” Fletcher says.

“Most of the new members are not environmentalists or naturalists like the earlier members.”

People have indeed gotten involved—to a feverish extent. A GoFundMe campaign by Fletcher raised more than $25,000 toward the Friends of Beacon Hill Park lawsuit. The mere mention of the park online and on radio call-in shows engenders bilious debate on all sides. There have been assaults, threats, harassment, and vandalism by and against the people sheltering in the park.

Progressivism has moved on since the battles of the 1980s. It left the Friends of Beacon Hill Park behind, where, from some perspectives, they now find themselves on the other side of a similar debate. The Friends has reemerged as a major player fighting against a different group of people many consider marginalized, stigmatized, and harassed: the campers sheltering in the park.

Seen from another perspective, however, there’s no inconsistency here. For decades, the group has just wanted to keep the park safe from all comers. And, Fletcher says, that’s what they’re doing today.

“We are a group that wants to maintain the trust—that wants to keep Beacon Hill Park much the same as it always has been.”