October 24, 2019
Get the news and events in Victoria, in your inbox every morning.
Thank you! Your submission has been received!
Oops! Something went wrong while submitting the form. 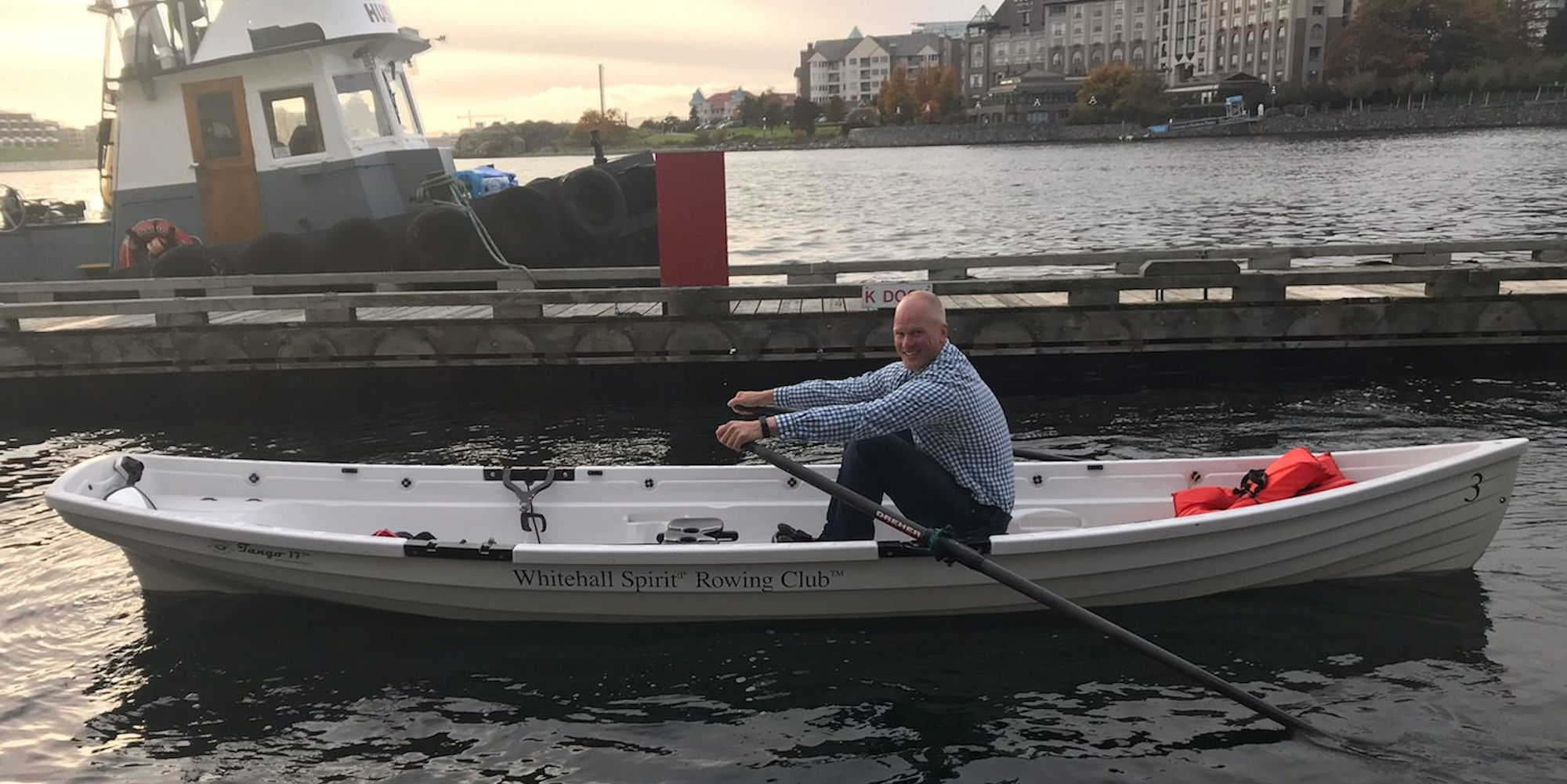 After Victoria mayor Lisa Helps told CTV that Swedish climate activist Greta Thunberg may have steered clear of the B.C. capital because of its diesel-powered ferries, it prompted Victoria-based Olympic rower Adam Kreek to offer to take her across the Strait of Georgia himself. Thunberg has since denied that ferries had anything to do with her decision to eschew the B.C. capital, but Kreek’s offer stands. We spoke to him to get the details on how to move a Swedish teenager across the Salish Sea without burning a drop of fossil fuel.

To start, it is generally inadvisable for most people to undertake a crossing of the Georgia Strait relying solely on muscle power. They are cold, rough, exposed waters known to eagerly swallow up inexperienced kayakers, canoeists and rowers.

PS. I don’t know anything about an invitation to Victoria, and I have definitely not declined it because of “emissions” from the public transport ferry. Just so you know:)
I try to visit as many places as I can, but there’s unfortunately not enough time to visit everywhere.

But Adam Kreek is pretty good at this. He won rowing gold at Beijing in 2008. He rowed competitively across the Salish Sea in 2015. And he was part of a team that rowed most of the way across the Atlantic in 2013 (until they capsized north of Puerto Rico).

“This, to him, is very very doable,” said Rebecca Sterritt with Kreek’s company, KreekSpeak Business Solutions. “It’s not actually that big of an adventure.”

Thunberg has been making appearances throughout North America ever since late September, when she addressed the UN General Assembly in New York. Throughout, she has endeavoured to only use carbon-neutral transportation. She traveled across the Atlantic by sailboat and recently drove to Edmonton in a Tesla Model 3 that was provided to her family by actor and former California governor Arnold Schwarzenegger.

Day 12. We are getting closer to the North American mainland. Rough conditions, but downwind sailing. pic.twitter.com/n9huwHUSGI

On Friday, Thunberg is attending a rally in Vancouver, so Kreek’s plan would be to take to the sea on Saturday at “nautical dawn”; the time in the morning when light first starts to creep over the horizon.

The vessel used by Kreek to transport Thunberg would be made by Whitehall, a Victoria-based rowboat company for whom Kreek is the official spokesman. Dubbed the “bicycle of the sea,” it’s a light, fibreglass, all-water rowboat.

For the voyage, Thunberg would need to be dressed in a float suit. The clothing would keep her alive should the vessel capsize, and it would also help her ward off hypothermia from being exposed to the elements for up to eight hours. “It gets very cold if you’re not rowing,” Kreek told The Capital.

The boat is really only big enough to carry Thunberg and another passenger, so Kreek said he has arranged for a flotilla of fellow rowers to carry the rest of Thunberg’s entourage as well as any luggage.

For the route, the ideal path to take when rowing across the Strait of Georgia is to roughly follow the path of the ferries: Push off in Tsawwassen, take Active Pass between Mayne and Galiano Island and then set ashore somewhere around Sidney. But that route only works under ideal weather conditions.

As of publication time, the Strait of Georgia was being hit with hefty southwards winds of nearly 40 km/h. So Kreek would have to pick a route more in keeping with being constantly blown sideways. Thus, his plan would be to push off from Richmond, round the north end of Galiano Island and then hug the east side of Vancouver Island – potentially stopping in along the way to visit Cowichan Tribes. “Greta has expressed interest in meeting with Indigenous people,” said Kreek.

On a clear day it would be easy to complete the voyage entirely by line of sight. Should any fog descend, however, the flotilla of Whitehalls would be navigating by chart, compass and smartphone apps.

The spirit of Kreek’s carbon-free journey would be somewhat lost if the Whitehall boat is shipped to Vancouver via truck or ferry. So, the plan would be to get it to a Richmond beach via sailboat. Whitehall boats can also be moved overland by being fitted to special bicycle trailer.

Thunberg is planning to stay in the Americas until at least December, when she will attend a UN climate change conference in Chile. So, it’s likely that after any Victoria visit she would begin working her way down the west coast of the United States. In that case, Kreek has also volunteered to row her to Bellingham or even Seattle.

As the Salish Sea heads into winter, there remains a substantial risk the trip could be scrubbed on account of inclement weather. With that in mind, the rower said he has been “overwhelmed” by offers from the region’s many sailboat owners to carry Thunberg in his stead.

Kreek has had similar offers by former competitors in the Race to Alaska, an annual motor-less boat race from Washington State to Alaska in which competitors typically pilot vessels combining sail and rowing. He’s also heard from Pure Watercraft, a Seattle-based company specializing in electric outboard motors. Capable of holding just enough charge to cross the Georgia Strait, a Pure Watercraft-equipped motorboat could make the journey in about one hour.

Thunberg has said that her schedule simply wouldn’t allow a visit to Victoria, despite an invite by BC Green leader Andrew Weaver. However, right up until Saturday Kreek plans to keep the offer on hold.