Capital Daily is part of the Trust Project
latestCOVID
TransportationBusiness
HousingGood News
Kuper Island Residential School near Chemainus, which saw the deaths of 121 students over its lifetime (Credit: National Centre for Truth and Reconciliation)

October 2, 2019
Get the news and events in Victoria, in your inbox every morning.
Thank you! Your submission has been received!
Oops! Something went wrong while submitting the form. 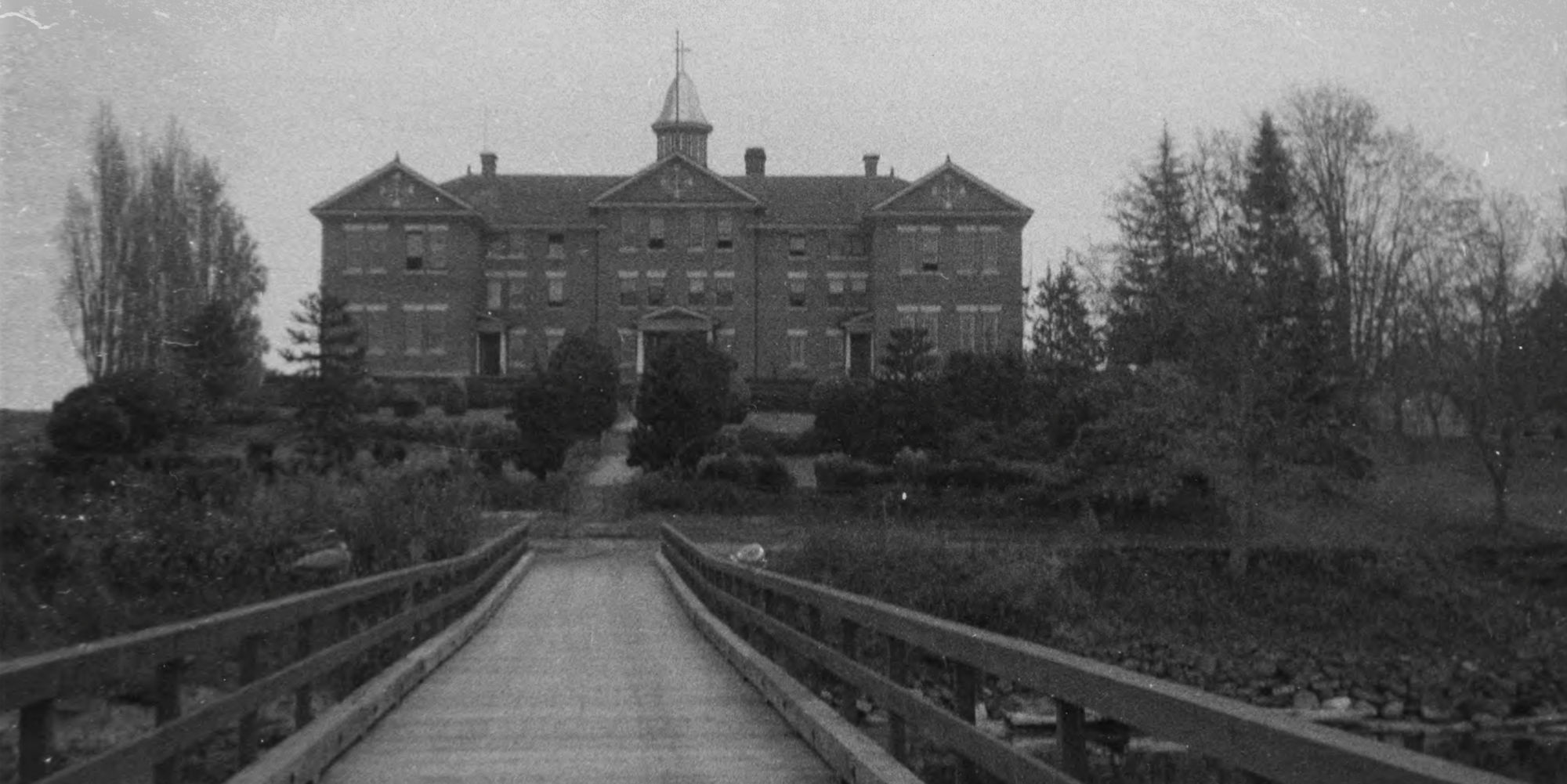 On Monday, hundreds of Victorians gathered in Centennial Square for Orange Shirt Day. The annual event commemorates a chapter of Canadian history so dark that it often defies belief. Over a period of more than 100 years, 160,000 Indigenous children across Canada were forcibly removed from their families and placed into boarding schools where their language, spirituality, culture and basic humanity was literally beaten out of them.

At the height of the system, more than 100 residential schools operated on Canadian soil. The schools shattered millennia-old Indigenous family networks and quickly became hotbeds of disease and sexual predation. At least 2,800 children are known to have died at the schools. Victims would be often be buried in unmarked graves and it wasn’t unusual that their family would not be told.

Below, using numbers painstakingly compiled by the National Centre for Truth and Reconciliation, is an accounting of the 202 students who were sent to a Vancouver Island residential school and never came home.

It is only a fraction of the total lives lost on the island’s Indian Residential Schools. As the shoddiness of the record-keeping indicates, many children would be buried without their deaths even being noted. The numbers below also do not account for the hundreds of residential school survivors who would later die by violence as a direct result of trauma suffered at a Vancouver Island school.

In 2015, former students gathered at the now-dilapidated St. Michael’s building in Alert Bay for an emotional ceremony to commemorate its demolition. Amid singing and prayers, some threw stones at the building before heavy equipment began to tear into its imposing brick façade. Many students remember constant hunger at St. Michael’s. And as was typical at Indian Residential Schools, staff referred to the children only by an assigned number and struck them for offences as minor as speaking their native tongue.

Robert Joseph, a hereditary chief of Gwawaenuk First Nation, was first taken to St. Michael’s at age six and remembered spending his first months crying for hours after lights-out, being careful to stay quiet lest he be punished with a beating. He now suffers from hearing loss as a result of being repeatedly cuffed on the ear by teachers. “I left there (and) I was totally broken … no sense of value, no sense of purpose,” he said in 2014. It was during Joseph’s time at the school that two dozen children mounted a mass escape, bringing attention to the school’s poor conditions.

Due to its remote location on Meares Island near Tofino, Christie was occasionally sent students who had escaped from other residential schools. Beset by overcrowding in school buildings that lacked even basic fire precautions, Christie saw an incredible six children killed by a meningitis outbreak in the first months of the Second World War.

In 1955, Christie gave a maintenance job to Martin Saxey, who was fresh out of jail for manslaughter. Saxey proceeded to sexually abuse children at the school for years. One victim later described being continually targeted by Saxey between 1957 and 1962. During that same period, a priest expected of having an inappropriate relationship with a female student was simply transferred east to another residential school.  In other instances, staff suspected of sexual abuse were simply fired or transferred without their crimes being reported to authorities.

In a 2009 book former Christie student Brian Lucas described witnessing sexual assault and undergoing near-constant physical abuse. “We were tortured by the Brothers, getting hit by a big stick four feet long and two inches wide. Thirty whacks on my bare ass, I couldn’t even sit down, but I was still forced to sit down. Then I had to get another ten more because I smiled at my friend. I got my ear twisted because they said I wasn’t listening. I had my hair pulled by the Sisters, four of them. They tortured me by putting a towel around my neck … they made me black out,” he said in comments published by The Tyee.

Students known to have died at Christie Residential School

On the eve of this school’s opening by the Presbyterian Church in 1904, a coalition of Ahousaht chiefs petitioned the government to call a halt to the opening, charging that missionaries were already holding children for schooling against their will. They were right to sound the alarm. Within 10 years, not only was the school indoctrinating Ahousaht children, but it was playing a key role in orchestrating the arrests of local people for participating in potlatches and other cultural events banned by Indian Affairs. “For some time I have taken an active part in the suppression of intertribal potlatching,” boasted the school’s principal.

Across Canada, poor supervision and decrepit facilities meant that Indian Residential Schools suffered incredibly high rates of accidents and serious injuries. Ahousaht, located on Flores Island just north of Tofino, was no exception. An Ahousaht school building openly acknowledged as a fire-trap burned down in 1916, killing a female student. In 1938, a 14-year-old boy lost an arm in the school’s laundry facilities. In a subsequent report to Indian Affairs, the boy himself was blamed for the incident due to his “carelessness and disobedience.”

Students known to have died at Ahousaht Residential School

Originally established by Presbyterian missionaries outside Port Alberni, Alberni was one of six residential schools at which students were forcibly subjected to government malnourishment experiments in the 1940s and 1950s. Students were denied food, fed unproven and illegal supplements and had dental care withheld.

While corporal punishment was rampant across Canada’s Indian Residential Schools, in 1922 Alberni was singled out as being particularly violent. The school’s principal was said to get “extremely mad at the slightest provocation, and whips or hits the boys with his fists, or chokes them.” The violence was all the more traumatic given that students came from a culture that abhorred corporal punishment of children.

In the 1960s, Alberni staff member Arthur Plint would conduct what would later be referred to as a “campaign of sexual terrorism” by the Truth and Reconciliation Commission. In one case, Plint sexually assaulted a 10-year-old boy after luring him to his room with promises that he would be allowed to contact his family. When the boy later told of the assault, Plint beat him so badly that he required treatment in the school’s infirmary. Ultimately, however, Alberni would become a milestone in First Nations efforts to fight back against the Indian Residential School system. In 1973, the West Coast District Council of Indian Chiefs was successful in securing the school’s closure, citing its destruction of local family ties.

Students known to have died at Alberni Residential School

Right from its founding by the Catholic church, the scale of suffering at Kuper Island was beyond the pale. As early as 1919, an official survey found that of 329 Kuper Island alumni, 106 had already suffered premature deaths, often from diseases contracted at the school. Even school officials described Kuper Island as “ruinous” and “insanitary (sic),” with the school’s notoriously poor conditions exascerbating outbreaks of typhus, smallpox and tuberculosis. “The Indians are inclined to boycott this school on account of so many deaths,” wrote a school inspector in 1922. Food was in notoriously short supply, and students were punished harshly for attempting to pilfer extra calories. Kuper Island records show a number of boys sentenced to “confinement” for stealing apples.

The school eventually earned the name “Alcatraz” for its remote location on a small island near Chemainus. In 1939, six boys escaped from the school by canoe after suffering repeated “unnatural acts” at the hands of a Kuper Island priest. Twenty years later, sisters Beverly and Patricia Marilyn Joseph would be killed by drowning in their own escape attempt.

Successive generations of Kuper Island students would be sexually preyed upon by teaching staff and even school maintenance workers. One of the few staff to be caught, Glenn Doughty, was ultimately handed only a matter of months in jail for his repeated victimization of Kuper Island students under his supervision in the 1960s. Of the staggering 121 names on the list below, one is a boy who hanged himself in the schools’ gymnasium in 1966; one of many Kuper Island alumni who would take their own lives. In a 1997 documentary on the school, one survivor said that of 16 students on his Kuper Island basketball team, only four had survived into middle age.

Students known to have died at Kuper Island Residential School 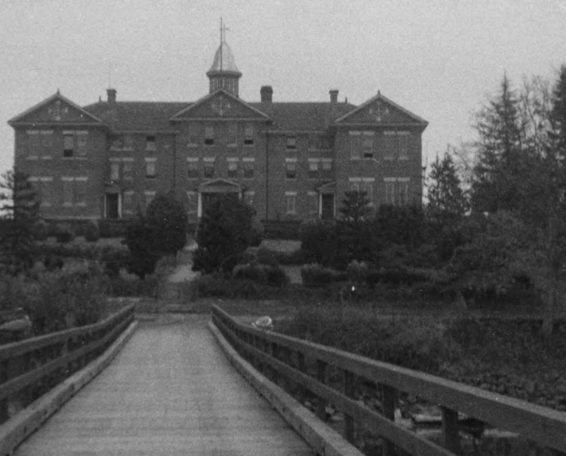 Right up to the 1980s, Islanders lived alongside institutions that subjected Indigenous children to beatings, starvation, sexual abuse and even human experimentation
No items found.