February 26, 2021
Get the news and events in Victoria, in your inbox every morning.
Thank you! Your submission has been received!
Oops! Something went wrong while submitting the form. 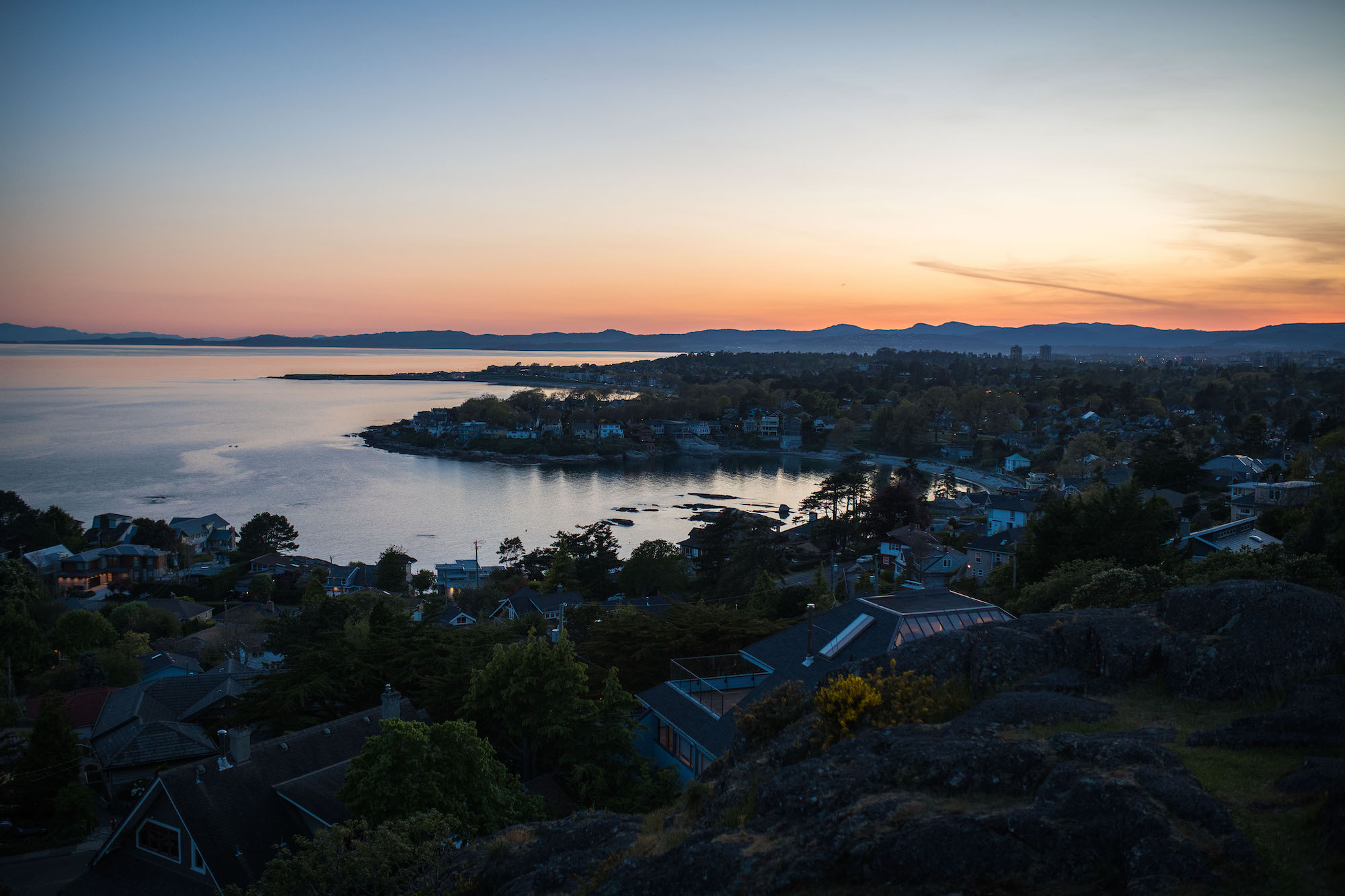 Elaine Weidner was leaving Hollywood Park one afternoon in January, following one of her regular check-ins with two of the park’s unhoused residents she has come to know over the past few months. They’d just discussed the pressing concern for housing amid the frigid winter weather, as both residents longed for a place to dry off, warm up, and do their laundry.

As Weidner started on her 100-metre walk home, she found herself shivering in the bitter cold when she realized something had changed inside her.

“I couldn’t stay in my warm, comfortable, safe home [while] these folks are out in the park night after night... I won't do it. That was kind of my Waterloo,” said Weidner, a retired 75-year-old with a background in education and professional coaching.

That night, Weidner got to work contacting a local hostel and helping two of the park’s residents apply to stay for a month. Within the next few days, she had paid for their month’s rent and dropped them off at the hostel.

“It surprised me how easy it was,” she said.

It wasn’t long before other community members joined Weidner in supporting and sponsoring what she hopes will be a pilot project to provide a practical solution for community members to help those living in Victoria’s parks find stability and housing.

Weidner is a founding member of Fairfield Gonzales Support for the Unhoused, a group of about two dozen local volunteers who have come together over the past few months to support and advocate for unhoused residents of Victoria.

Most members, like Weidner, are women over 65 who are passionate about helping the community. New attendees to the weekly Wednesday Zoom meetings, which frequently include new members, recount tales of what brought them to the group, which all carry similar themes—they’ve long wondered what they can do to help their unhoused neighbours and have an active interest in housing people.

After Weidner recounted her story, the group agreed to support the sponsorship program, modelled after a similar pilot project for unsheltered residents in Oshawa, Ont., and refugee sponsorship programs. If successful, it’s Weidner’s dream to inspire others to use this model to support unhoused people in communities across Canada.

Many members work on one of the support teams that volunteer in the three main neighbourhood parks: Team Gonzales, Team Hollywood, and Team Beacon Hill. Their main goal is to assist individual campers in getting into subsidized housing and to support them on that journey.

Fairfield Gonzales Support for the Unhoused first formed in October as part of the Fairfield Gonzales Community Association. (The community association remains supportive of their efforts, despite now maintaining a more distant role after backlash from some community members opposed to providing support to those living in parks.) Inspired by groups like the North Park Neighbourhood Association, members began going into parks, knocking on tent doors, and introducing themselves to those living there to find out how they could best support and connect them with resources.

This is how Weidner got to know Lucas, one of the two formerly unhoused residents sponsored in the pilot program. For several months prior to Lucas’ move to the hostel, Weidner would stop by to check in on him and help charge the USB power bank for his phone.

“It's really tough to be taken seriously if you can't get a shower or clean your clothes [and] it's really difficult to try and look for work when you know that you don't have a stable place to store all of your belongings or just charge your phone,” said Lucas, who requested his name be changed to protect his privacy. “This is a huge opportunity.”

Lucas lost his job when COVID-19 hit. Prior to Hollywood Park, he’d spent time couch surfing, living on a sailboat, and living in a tent while picking fruit in the Okanagan to make ends meet.

Now, he says living in the hostel has lifted a weight off his shoulders. He no longer has to worry about someone stealing his belongings if he doesn’t carry them with him, and he’s confident in his ability to land a job in his field now that he’s found more housing stability.

“There's a lot of value in putting housing first and getting people the basics—a roof over their head and a shower, things like that,” he said. “It's a huge, invaluable resource to have people like Elaine's group that can help you get over that first hurdle.”

A recent Vancouver-based study of 115 individuals struggling with homelessness found that those who received cash payments moved into stable housing faster, 70% were food secure after a month, and spending on drugs, alcohol, and cigarettes went down by 39%. The study did not include those struggling with serious substance use or mental health issues—something Lucas expects may be a challenge for the Victoria program down the road.

Both Lucas and the other member of the Fairfield pilot program are doing well in the hostel, and Fairfield Gonzales Support for the Unhoused is looking to help them either stay in the hostel for the next month or subsidize an apartment. One member of the community group is working with the city liaison for the Ministry of Housing to see how this program could be instituted long-term.

Fairfield Gonzales Support for the Unhoused has undertaken much beyond this program as well—from writing letters to the BC housing minister, to providing meals, to heading to the parks with hot beverages and shovels during Victoria’s recent snowstorm.

To Shae Perkins, a former resident of Beacon Hill Park and harm reduction co-ordinator for AVI Health and Community Services, the work conducted by this group is solidarity, not charity.

“They've been helping folks with navigating systems and providing emotional support… very much trying to elevate the voices of the unhoused and actually support them in ways that feel good,” he said.

“It's not a top-down approach, it's very much equal footing, and it creates a deeper, more real connection—resilient reciprocal relationships. It's not just a one-way street.”

Weidner remembers a time when she, as a block watch captain for her neighbourhood, felt uncomfortable about the unhoused people in her neighbourhood and was unsure how to respond. But turning her focus to working with the community on solutions and support work has filled her with a deep sense of fulfillment.

The moment she decided to take action, on that chilly Friday in January, has stayed with her.

“As quickly as you might grab someone leaping into the roadway—without thought—[I knew] this needs to happen, and I want to make it happen,” she said. “And so I did.”

The Capital Daily Podcast spoke with Weidner for the Feb. 26 episode. Listen and subscribe here.