At least 396 separate humpbacks were documented in the Salish Sea in 2022. Photo: Tasli Shaw / Submitted

December 15, 2022
Get the news and events in Victoria, in your inbox every morning.
Thank you! Your submission has been received!
Oops! Something went wrong while submitting the form. 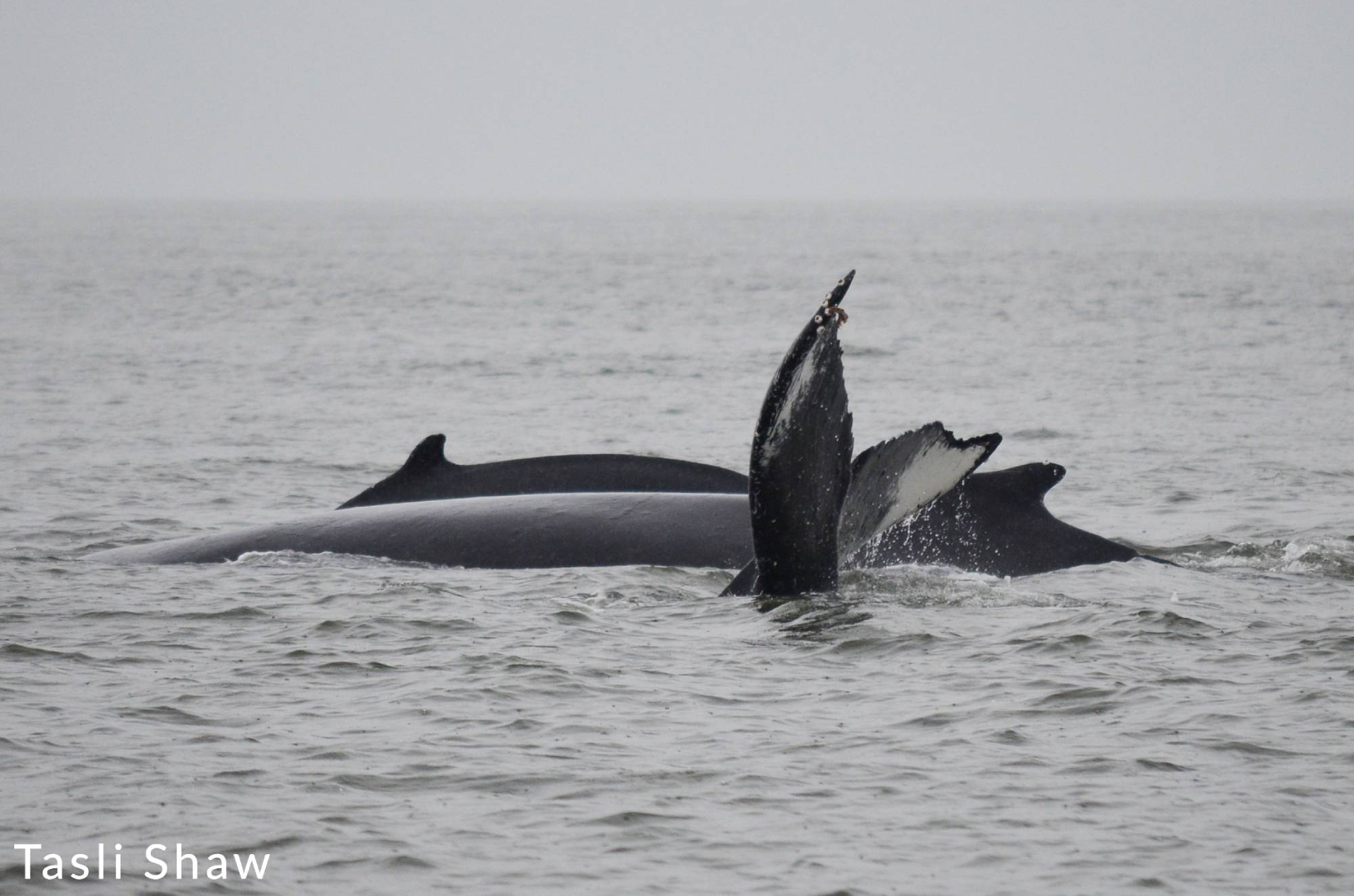 At least 396 separate humpbacks were documented in the Salish Sea in 2022. Photo: Tasli Shaw / Submitted

A record number of humpback whales were recorded this year in the Salish Sea–proof of a major comeback since the species was nearly eradicated in the region half a century ago—even as an increasing frequency of ship strikes are contributing to a high-profile series of deaths.

Throughout 2022, at least 396 individual humpbacks were documented, marking an increase from 293 in the area five years ago. This included 34 mothers with first-year calves—another record for the area.

“We’ve certainly seen an increase in the number of whales that are using the area throughout the year, which is very different from when I started my career about 20 years ago,” said Lisa Spaven, a cetacean researcher with Fisheries and Oceans Canada.

Twenty years ago, she said, they would have only really seen the whales in the region in the summer and fall, not throughout the year as they’re seeing now.

Humpbacks in the Northern Hemisphere typically spend the summer and fall feeding in the colder, nutrient-rich waters off the coast of BC and Alaska before heading down to the warmer waters of Mexico and Hawaii in the winter months to breed. Humpbacks typically return to the same areas each year to feed—this year, the majority of the 396 humpbacks spotted were also documented in the area in previous years. The large male humpback Monarch, (less poetically known as BCZ0180) for example, has returned to the Salish Sea 20 years in a row and is often still feeding in the waters come winter.

“Humpbacks travel here from their breeding grounds essentially to feed, and so they’re here to look for high quality food,” Spaven said. “I guess that speaks to the health of the Salish Sea and the diversity of prey that’s available to them.”

The humpback population was majorly depleted in the 1900s at the hands of commercial whalers. Prior to 1900, it’s estimated that 15,000 humpbacks lived in the North Pacific, but that number dropped to fewer than 1,000 before commercial whaling was banned in BC in 1967.

“We are so fortunate to have a second chance with humpback whales,” said Jackie Hildering of the Canadian Pacific Humpback Collaboration. “Their presence is a reminder that we can rapidly change our values and actions to not only benefit species, but whole ecosystems. Humpback whales fertilize the ocean, leading to more food, more oxygen production and more absorption of carbon dioxide.”

While their numbers may be improving, their biggest threats are still human caused: vessel strikes and entanglement in fishing gear.

The number of whales that die from collisions with boats and entanglement is unknown because dead whales often sink, but Spaven said it happens every year. Just since Oct. 12, at least four humpbacks have been found dead on BC beaches, and at least two of the deaths show signs that point to a vessel strike, CBC reported.

Humpback whales often seem oblivious to boats and fishing gear, and don’t move out of the way when vessels approach. They are very focused on feeding while in these waters, and can move in unpredictable patterns while looking for food.

Spaven’s research currently focuses on assessing the risk of vessel strikes by looking at humpback feeding patterns and where they’re found throughout the Salish Sea.

“One of our projects is to look at their dive behaviour to try and predict what time of day at what times of the year they might be feeding in these different zones that would change their levels of ship strike risk,” she said. “Humpbacks are pretty charismatic animals; they’re very acrobatic, they spend a lot of time at the surface of the water and at depth depending on where their prey is found.”

So far, the team has gathered two years of research, and while results are not yet ready to share, she said she has noted some distinct feeding patterns.

For now, she said, the best way to prevent vessel strikes is to be vigilant on the water—even in the winter—and remember the slogan “See a blow, go slow.” If you do come across a dead or injured marine animal, call the DFO Marine Mammal Incident Reporting Line at 1-800-465-4336.

From Sooke to the Smithsonian: how a fossil found in a local cliff face is helping researchers understand whale evolution