June 19, 2021
Get the news and events in Victoria, in your inbox every morning.
Thank you! Your submission has been received!
Oops! Something went wrong while submitting the form. 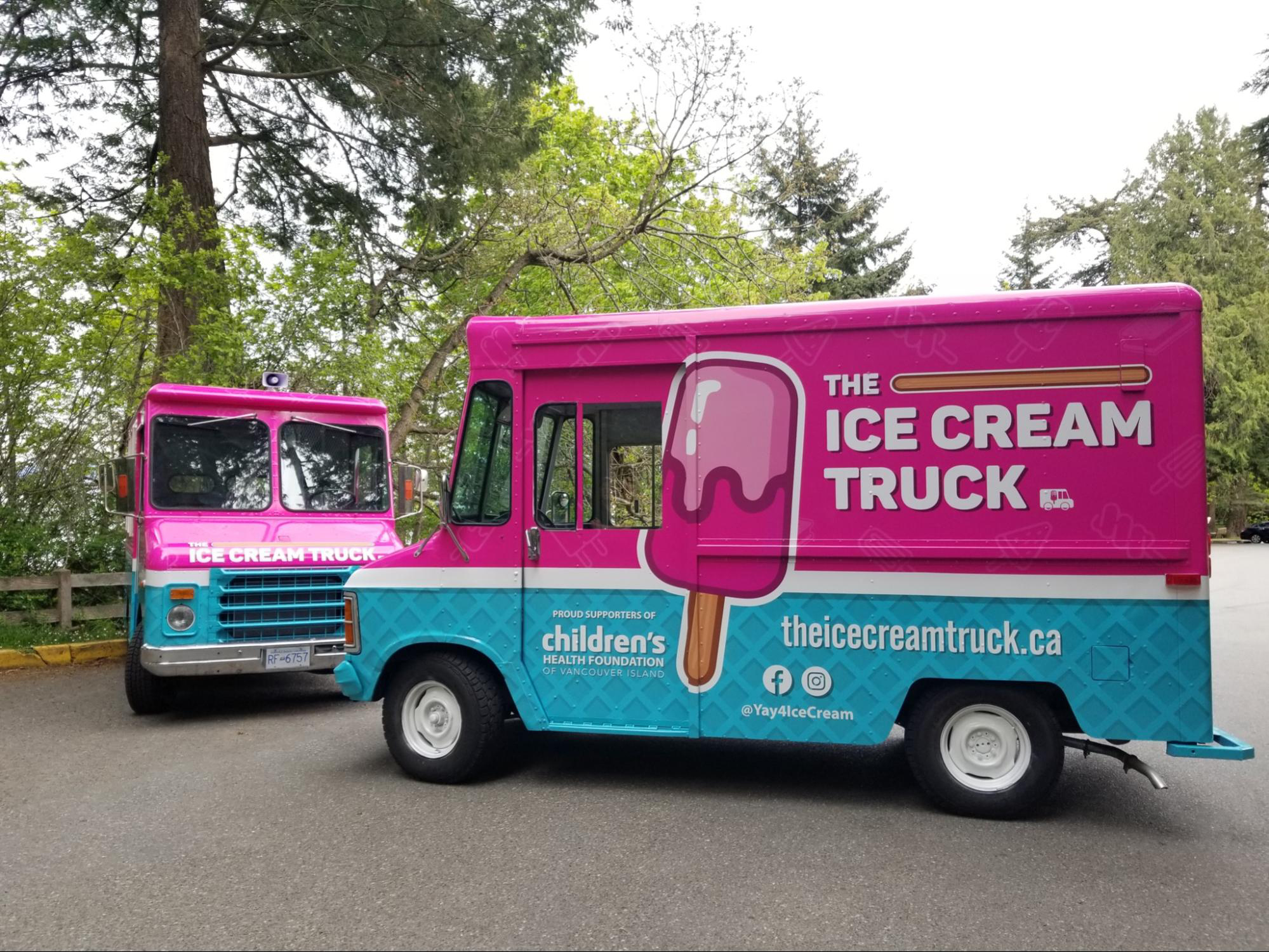 When Kris Jarvis was in Grade 10, he dropped out of school to enter the workforce—not because he was a bad student or caused havoc in the halls, but because his passions rested outside the walls of high school.

Jarvis grew up as an only child in a cash-strapped single-parent family. He worked two jobs—at Mr. Lube and construction jobs—while attending a Calgary high school before taking the plunge in Grade 10 to focus on trades and his work full time.

Working to sustain his livelihood and passions, he bought his first car and moved into a downtown Calgary apartment at the age of 17. Outside of school, Jarvis developed a love for entrepreneurship and would go on to start a roofing company and a snow-removal startup, among a variety of other businesses.

“When you lived the beginning or most of your life with almost nothing,” Jarvis said, “it removes the fear of losing everything.”

Jarvis moved to Victoria in 2013, and was working at a corporate job when the pandemic hit.

Last year, amid lockdowns and uncertainty in terms of his job security, Jarvis and his wife and fellow entrepreneur, Carli, were looking for their next business when they stumbled on an idea to start an ice cream truck.

They saw the endeavour as a way to bring joy to the community during COVID-19 and involve their three children. So, in August 2020, they launched the company Teddy Bear Treats.

“It’s a whole family affair,” Jarvis says. “The kids have been involved in testing [ice cream]. I bring them with me when we go out so they help me load the freezers, sell the product, clean the trucks. They helped design the trucks and website, and have had a huge part.”

Entering their second summer of operations, the business has been a testament to rekindling nostalgia while also implementing modern twists to an age-old industry.

Jarvis has sought explanations for why he so seldomly sees ice cream trucks around the city. The ice cream truck is a dying business, Jarvis says, but he wants to revitalize the industry.

“It’s become a dinosaur. We’re driving around town and people are going like, ‘I haven’t seen an ice cream truck in 15, 20, 30 years,’” he said. “There’s been this stigma of a creepy old dude driving around in a creepy, old, white, and rusty truck. Something had to change.”

Initially, Jarvis wasn’t sure how the business was going to succeed. Sure, he’d been an entrepreneur before, but that was in realms largely consisting of construction, manual labor, or corporate jobs.

After an overwhelming positive response last summer, however, Jarvis and his family have worked to improve the business for its second season this summer. They purchased a second truck, painted both bright pink and blue, and rebranded as The Ice Cream Truck.

Typically, Jarvis says, on novelty ice cream trucks, the ice cream that’s featured is from big brand name companies. When they decided to forge ahead with the ice cream business, Jarvis decided his primary area of concern would be to feature local ice cream vendors.

“We didn’t know what we were getting ourselves into, we really didn’t… We knew, if we were going to get into this, let’s do it right. What’s important? Carrying local products.”

About half of their menu features Canadian-made products, including items from Victoria-based businesses such as Cold Comfort and 49 Below Ice Cream.

They also decided to remove the randomness of the trucks’ availability by allowing consumers to book their truck on specific dates for events, track the truck’s location on their website, or receive a text message when it’s in their neighbourhood.

Currently, Jarvis says, they have 28 routes in the Greater Victoria area that they stop by about once every 10 days or two weeks.

He also adds that the interest in the truck hasn’t solely come from young children, who only account for about 30% of their business. Since the jingle and truck circling a cul-de-sac taps into people’s nostalgia, a majority of their consumer base is derived from adults.

“This is for everybody; it’s a multi-generational business,” he says.

“Last year, I came across about half a dozen elderly people… They were sobbing when they came up to my truck. Crying, with tears of joy, going, ‘I can’t believe this. I haven’t seen an ice cream truck in 30, 40 years. This brings me back to my childhood.’”

Along with giving back to the community by spreading smiles through serving ice cream, starting this year, The Ice Cream Truck will donate a portion of their revenue to the Children’s Health Foundation of Vancouver Island.

The reason for that initiative hits close to home for the family of five, as the Jarvis family’s first daughter was born with a condition called gastroschisis—meaning her bowels and intestines were found outside of her body at birth.

“So, [my wife and I’s] first baby, [in our] early twenties, she was born with gastroschisis and it scared the daylights out of us,” Jarvis said. “Your belly button doesn’t close properly, and your abdomen wall isn't fully closed.”

The donation will come at the end of the season, and it’s too early for Jarvis to estimate the total amount they’ll give away.

In the future, Jarvis says, they have goals of expanding the business and purchasing a third truck. As of today, they run from May to the middle of September, and are exploring the potential to franchise the company and expand across the country.

At the root of The Ice Cream Truck, though, is a desire to give back to the community: through ice cream and financial help for sick children.

As a high school dropout who’s worked a plethora of jobs and spent his fair share of life in the corporate world, Jarvis understands how perceptions can form stigmas around certain industries or folks.

He’s looking forward to changing the perception of the ice cream truck, one neighbourhood at a time.

“We’ve talked to some people and they’re like, ‘Oh, the ice cream truck, that’s just some creepy guy in his creepy truck,’” he said.

“This type of judgement or stigma that’s been laid upon the business is no one’s fault by any means, it’s because no one has picked up the pieces and tried to put it back together to continue the legacy, mystery, and marvel of the ice cream truck.”

Kris Jarvis: To have various tax incentives for small to medium local businesses.

I guess what worries me the most—this might just be an insecurity of my own—is not being able to bring joy and happiness to people. I don’t want that to stop. We’re getting a lot of response, and I don’t want this to go away.

I want people to continually be excited and happy when they see us in their neighbourhoods because that’s the best part of the job.

Seeing all the happy faces. This goes along with the stigma tying this business to kids. I tell people they only account for 30% of my business, they really do. Adults and the elderly make up the rest.

Nobody local in particular, but [I do look up to] Clayton Phillips [of Woody’s RV World in Alberta] as an executive and sales coach.

I would not run another business.

Back into the business. I’d put it into getting a third truck.

That excitement, the positive emotions, seeing that on a daily basis from all ages and all walks of life is what really motivates me to keep going.

Gladly dispose of the masks.

My biggest business failure in the past was not managing my work-life balance, and becoming a workaholic—leaving my health and family to suffer. I learned how to manage my time better, know when to quit for the day, and make quality time for my family. I never want to lose the importance of family and health.

What do you wish you knew before starting The Ice Cream Truck?

How much support from the city and community I would receive, it would have helped my nerves through the past year.