May 31, 2021
Get the news and events in Victoria, in your inbox every morning.
Thank you! Your submission has been received!
Oops! Something went wrong while submitting the form. 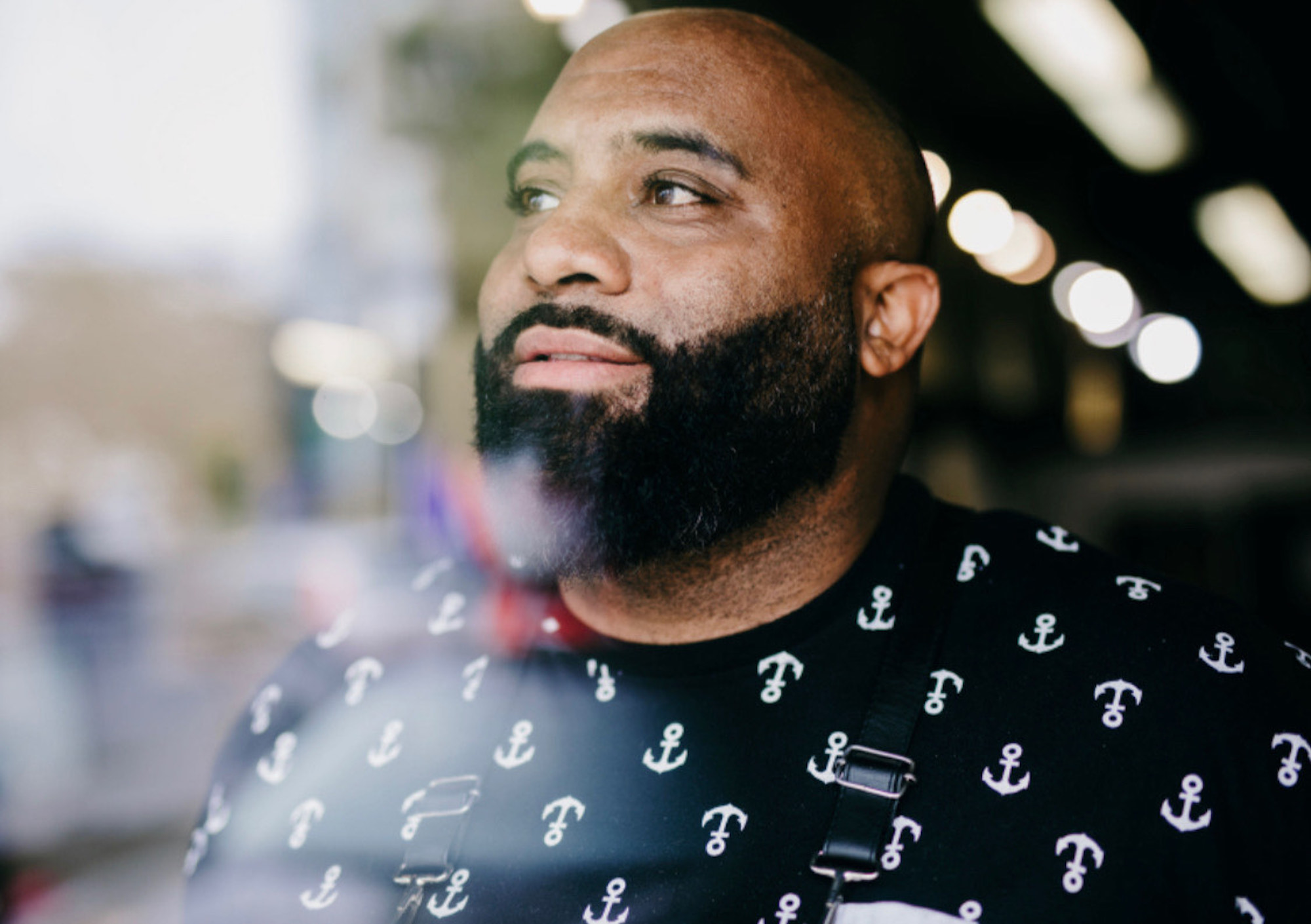 Long before he had a dream of opening his own shop, Troy Wilson honed his craft as a locker room barber. On Friday and Saturday nights in university, he’d run his own barber business with basketball teammates at Western Connecticut State.

He’d cut his teammates' hair in their locker room, pumping music through a boombox, to help pay for food

Although getting the cash from teammates to pay for a Big Mac combo or a Cold Cut Trio was a plus, he always thrived off the energy and communal atmosphere that came with being a barber.

To Wilson, also known as “T-Bone,” cutting hair never seemed like a job. But now it is: he’s the owner of Status Barbershop in Victoria.

“My grandad, who was a deacon of a church, he always told me, ‘If you love your job, you’ll never work a day in your life,’” Wilson said.

Having grown up in Halifax, Wilson fell in love with Victoria after visiting his mother—who was transferred to the city for work—and ultimately moved from Connecticut to the Island.

During university in Victoria, Wilson got a job as a teacher’s aide, and while he went on to spend over two decades working in the Victoria school system, he continued to cut hair on the side.  He dreamed of founding a community-based barbershop in Victoria.

“When I first moved here, there wasn’t anyone doing Black hair or Afro-Canadian hair. I was the guy on the porch of my house, on my balcony, or in someone’s kitchen cutting ‘the Black guys’ [hair]’ because the guys in town here they’d wait to go to Vancouver to get their hair cut,” Wilson said.

Eventually, Wilson opened Status in 2008, and for the last 10 consecutive years has been declared a “Best of the City” spot by Victoria News.

“I pride myself on being Victoria’s first multicultural-based barbershop, in which we can offer all types of services for all ethnicities, in all styles.”

It wasn’t easy to get the business off the ground initially, however, with Wilson struggling against the perception of being labeled as the Black barbershop in town.

Between the stereotypes that came with that association, and customers not wanting to come in if they didn’t  have “Black hair” (even after Wilson said they cut all styles of hair), he credits the diversity of stylists in his shop to overcome those obstacles.

When Wilson first began as a barber, he only knew how to use clippers.

“I never knew how to use scissors,” Wilson said, but while running his own shop, he began broadening his knowledge in the hair industry.

“I wanted to learn more about different textures of hair and hair styles. I’d tell the hair stylist, ‘Ok, I’ll teach you how to fade with this clipper like no other, but you gotta teach me how to use these scissors.”

Interest during the summer of 2020

The hurdles Black business owners have to overcome because of their race is not uncommon. A recent study by Abacus Data of 342 Black entrepreneurs in Canada found 76% said that being Black made it more difficult for them to succeed with their business. Additionally, 45% also said they had been rejected funding from a financial institution because of their race.

Following the murder of George Floyd in Minneapolis last year, the summer of 2020 saw demonstrations take place across the globe for social justice, and spawned a renewed focus on promoting Black businesses.

In Victoria, a local woman compiled a list of Black-owned businesses in the city.

Dr. Lisa Gunderson, who founded One Love Consulting in 2012, said that her business grew by 48% last year, with 30% coming from new inquiries and the rest from repeat customers who wanted additional or new equity resources. With her job, Gunderson offers anti-racism and equity services—including consultation, workshop training, and roundtable discussion—to organizations and businesses.

Included in her clientele is the Greater Victoria School District and Ministry of Public Safety and Solicitor General. After last summer, interest came from a mixture of folks looking to re-up their racism training and smaller organizations inquiring about her services.

“I’ve never advertised, so all my business is through word-of-mouth and referral,” Gunderson said. “It got to the point where, I mean, at some point where [I got] maybe 30 emails a day.”

The most difficult part with the interest, Gunderson says, was figuring out which businesses were reaching out as a performative action and those who genuinely wanted to discuss race.

Today, Gunderson says her pace of interest hasn’t significantly dropped off, but suspects it will come one day. She still gets new inquiries three or four times a week, and estimates it’s because she works with a variety of customers: people seeking education, non-profit organizations, and businesses with multi-year plans to address systemic issues.

While the spotlight sparked heightened interest in minority owners, Wilson says the summer didn’t have a major impact on his business.

Since there aren’t a lot of Black barbers in town, he says, Black customers were already coming to his shop and returning folks started to just pay more attention to the fact that he was a Black business owner.

In May, the City of Victoria announced plans for a Welcoming City Strategy that would help newcomers and immigrants ingrain in the community.

Specifically, Gunderson says, to support BIPOC businesses, she would like to see more funding in terms of specific grants for Black entrepreneurs or folks running organizations that are giving back to the community.

Also, as someone who came to Canada from another country (the US), she wishes there could be a physical or online hub with information on where to find businesses owned by BIPOC or other people historically underrepresented among business owners, and help guide new arrivals to launch their entrepreneurial ideas.

“Because I started from scratch, it would have been awesome to have come and if somebody had a list with ways to start your business, organizations you could go to,” Dr. Gunderson said. “I just Googled and figured certain things out through trial and error.”

Among the reasons Wilson cites to explain why Status took off was his bubbly personality and remembering the little things—wiping off a customer’s glasses after a cut, or remembering their name or what they discussed in their previous session.

“I always felt my barber shop was a stage for me, the place where I could try out new jokes and intertwine with the clients,” Wilson said. “Atmosphere is definitely what’s gotten us to the point where we are now where we give that true barbershop experience.”

In terms of what he would like to see as a BIPOC business in Victoria, Wilson simply wants folks to give him a chance.

“I’m a larger-than-life figure, have a large social media presence, so I was labeled as the ‘Black barbershop,” Wilson says.

“I have Syrian, Black, Asian, Indigenous barbers, I’m very well diverse in all ethnicities of hair and styles, so I would say give my business an opportunity to show you how well versed we are in hair.”