A racist social media post that quickly spurred false rumours that the writer was an employee of Island Health.
Health 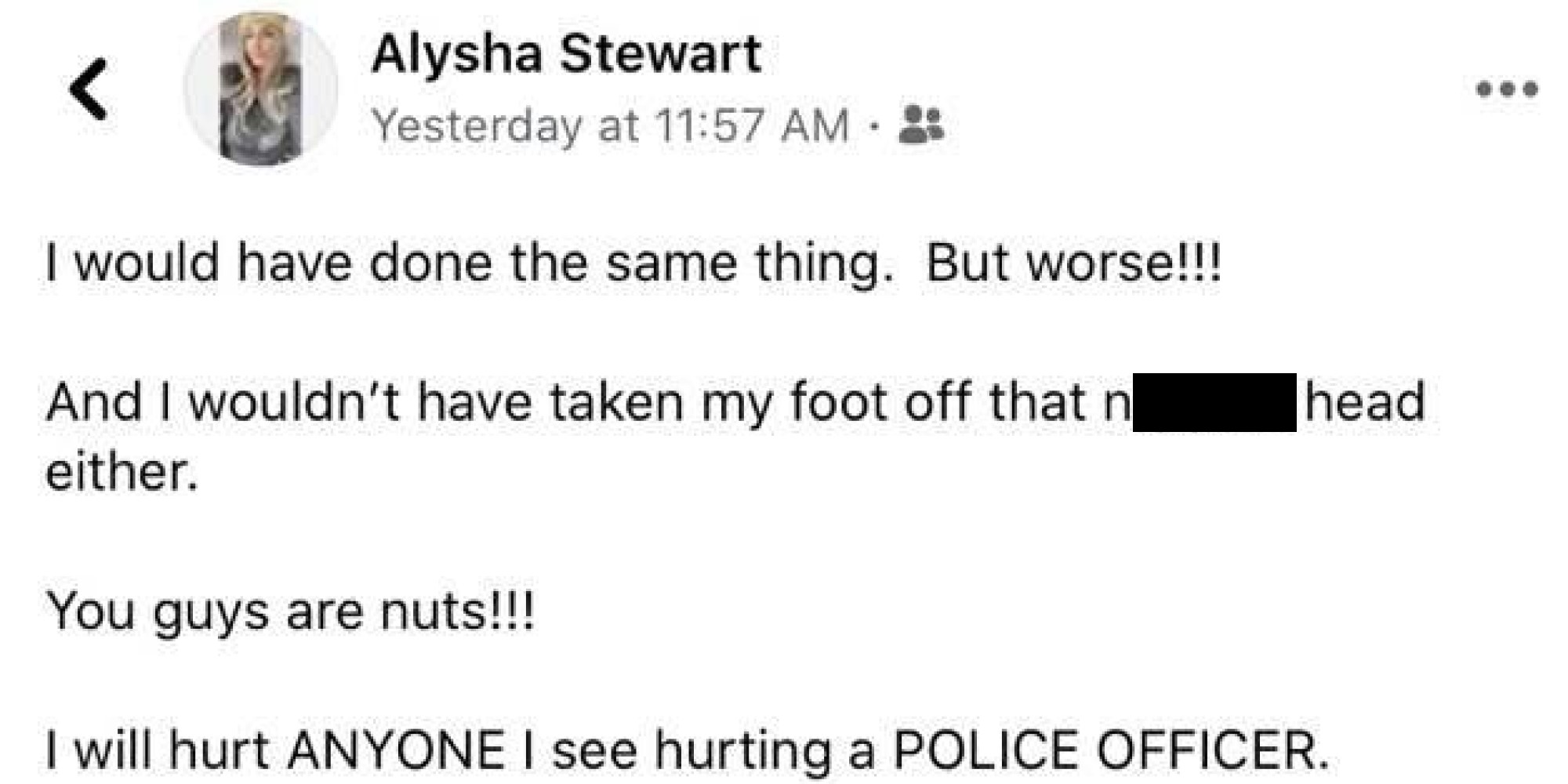 A racist social media post that quickly spurred false rumours that the writer was an employee of Island Health.

Island Health is asking people to stop targeting its employees on social media after a false rumour that it employs a woman who made racist posts on Facebook went viral online.

On Monday and Tuesday, a Facebook post by Nanaimo-based Alysha Stewart, in which she applauded the police killing of George Floyd, was shared hundreds of times after it was flagged by one Victoria resident.

Floyd’s death, which occurred on May 25 after an officer with the Minneapolis Police Department knelt and put pressure on his neck for almost nine minutes during an arrest, has led to global protests over police brutality and discrimination against Black people.

“I wouldn't have taken my foot off that ----ers head either,” she wrote in the post, which was made on Sunday.

Many commenters on Facebook alleged Stewart was an Island Health employee, citing a Quora profile that appears to belong to her, and which lists her profession as “Former Post Surgery at Victoria General Hospital.” Several said they emailed Island Health’s HR and executive teams with complaints about Stewart, calling for her to be fired.

But Island Health can’t fire her because Stewart is not an employee, and instead staffers at the organization with similar names have been targeted with online vitriol, according to a spokesperson.

Bloxham added that Island Health “condemns racism of any kind, respects people of all ethnicities, cultures and faiths, and is committed to upholding and promoting inclusive values and opposing racism and hate in all of its forms.”

Despite the fact that she is not an Island Health employee, an online petition to fire Stewart had gathered the support of nearly 3,000 people by Wednesday afternoon.

And on Tuesday, after online discussion about her racist post about Floyd spread to Instagram, it was shared by Ca$tro Guapo, a Toronto-based rapper and musician with over 20,000 followers. People commenting on his post, which he has since deleted, also spread the false allegation that Stewart is an Island employee.

She did not reply to a request for comment.

The Capital Daily newsletter is a summary of all the news and events happening in Victoria, in your inbox every morning.
Subscribe Today
[email protected]
Related Coverage